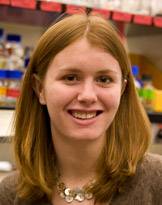 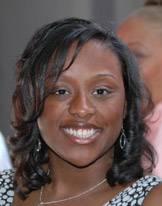 Princeton seniors Anne Armstrong and Adrienne Simpson have been awarded 2008 ReachOut 56 Fellowships, which provide the winners with a $30,000 grant to undertake a yearlong public service project after graduation.

Armstrong, who is from Weston, Conn., will work at a summer camp for children with special health needs, such as HIV, cancer and diabetes. Simpson, who is from Philadelphia, plans to use music as a means of creating a college readiness program for at-risk youths.

ReachOut 56 is an effort by Princeton's class of 1956 to help nonprofit organizations perform valuable public service. More than 125 members of the class have contributed funds to the program, which is involved with a number of other public service activities in addition to granting the fellowships. The first fellowships were awarded in 2002.

Candidates for the ReachOut 56 Fellowships find a public service organization that will create a position for them and work with that organization to devise a service project.

Daniel Gardiner, a 1956 alumnus who chairs the ReachOut 56 program, said: "The two fellows we have selected, Anne Armstrong and Adrienne Simpson, are outstanding seniors with fine records of achievement and public interest activity. They have devised significant projects for worthwhile organizations -- projects that could not be undertaken without our funding."

Armstrong, a chemistry major, will work as program director for Camp Holiday Trails, a summer camp for children with special health needs in Charlottesville, Va. She has worked at Camp Holiday Trails every summer since her freshman year at Princeton.

In addition to organizing and overseeing the current camp programs, Armstrong plans to implement new programming to provide yearlong support for the children and to help the families of the campers.

"Camp Holiday Trails is a place that I keep going back to because it never fails to inspire, amaze and enlighten me. The children there challenged me to be better in my own life, and they've made me see my own power to make a difference in small but meaningful ways," Armstrong said. "The ReachOut 56 Fellowship has provided an opportunity to spend a year in service to a place that I am incredibly passionate about."

Armstrong won the Shapiro Prize for Academic Excellence in 2004. Her extracurricular activities include serving as committee chair for the Princeton Model Congress and as a peer academic adviser for Wilson College. She also is undergraduate secretary for the Princeton Tower Club. She plans to attend medical school after her ReachOut 56 Fellowship is completed.

For her ReachOut 56 project, Simpson has developed a program titled "Lift Every Voice," in which she plans to create a choir for Philadelphia students in grades 6 to 8. Simpson intends to integrate college preparation skills with her work leading the choir, including organizing college tours, offering guidance on how to apply to college, teaching vocabulary words and bringing in guest speakers to inspire the students -- giving them an overall stronger foundation to prepare for college.

The "Lift Every Voice" program will be sponsored by the Neighborhood Interfaith Movement in Philadelphia, a nonsectarian alliance of Christian, Jewish, Unitarian and Muslim congregations and faith institutions that collaborate on human welfare and social justice programs. Simpson's project is part of the movement's efforts to expand its programming to include mentorship of inner city youth.

"Some people might initially question how a choir could be used as a college preparation program, but the ReachOut 56 Fellowship gives me the opportunity and resources to take what began as an idea and turn it into a program that I believe is going to make real changes in a community," Simpson said. "As someone who grew up in Philadelphia, I know that children need a program like 'Lift Every Voice.' They need to know that they too can succeed in life and, most importantly, they need to know how to go about achieving their goals."

Simpson is majoring in sociology and pursuing certificates in African American studies and Spanish. She has served as a Community House project coordinator for the English as a Second Language tutoring program and the Princeton Young Achievers program. She also has been active as musical director and president of the University Gospel Ensemble, as a mentor for the Black Student Union Leadership and Mentoring Program and as a member of the Black Student Union. She plans to attend law school after completing her ReachOut 56 Fellowship.