by Kristina Graff and B. Rose Huber, Woodrow Wilson School of Public and International Affairs 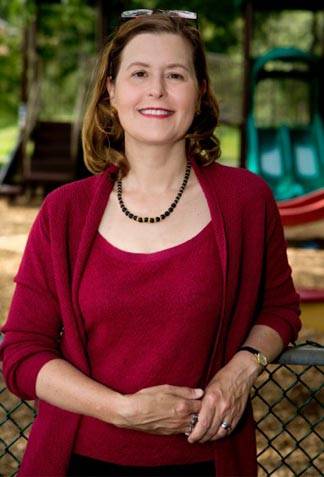 Since the discovery that the city's water supply had been contaminated with unsafe levels of lead, the city of Flint, Michigan, has been under a state of emergency. Lawmakers are grappling with how to address the situation, state investigators are saying their examination could result in a number of charges — including involuntary manslaughter — and federal investigators, including the Federal Bureau of Investigation, are getting involved.

Such unsafe levels of lead — which, in the case of Flint, were threatening enough to be considered toxic waste — are especially hazardous to children and can cause permanent neurological damage.

Staff from Princeton University's Woodrow Wilson School of Public and International Affairs discussed these risks with Janet Currie, the Henry Putnam Professor of Economics and Public Affairs and director of the Center for Health and Wellbeing. Currie, who is also chair of Princeton's Department of Economics, studies the health and wellbeing of children with a focus on socioeconomic differences in child health, environmental threats to children's health and the long-term effects of poor health in early childhood. She shares her reactions below.

Question: What populations are most at risk of lead poisoning in the United States?

Answer: Lead comes mainly from lead paint and residual lead in the soil from both paint and leaded gasoline (even though leaded gasoline was phased out years ago, the lead does not degrade over time). As we have seen in Flint, it can also come from lead pipes under certain circumstances. It is generally lower income and often minority populations that are most affected, because these groups tend to live in older housing with lead paint and old pipes and are more likely to be located near highways where the soil may be polluted.

Q: Why are children especially vulnerable to lead exposure?

A: Children are both more likely to be exposed (because they play in the dirt, crawl on the floor and put their hands in their mouths) and more likely to absorb lead given that they are exposed. Children's developing systems are more sensitive to disruption from lead, and in particular, the blood-brain barrier — which prevents toxic substances from passing from the blood to the brain — is not well established in young children, which means that they are more likely to have brain damage from lead.

Q: How do you expect that the lead exposure will affect children over time?

A: It has been known for a very long time that high levels of lead cause cognitive impairment and even death. For example, the threshold for concern was lowered from 25 to 10 micrograms per deciliter in 1991, but cognitive impairment is still found at lower levels. In a study in progress with researchers at Brown University, we've found that reductions of preschool blood levels from 4 to 2.5 micrograms per deciliter improved test scores in math and reading in grades 3 and 8 by .25 standard deviations.

Q: What policy measures could have prevented the crisis in Flint from occurring?

A: The tragic thing about the outcome in Flint is that so many things could have prevented it. It could have been prevented by not switching the water source to the more acidic water from the Flint River, by properly treating the Flint River water so that it did not corrode the lead pipes or by notifying people promptly not to drink the water when the problem was first detected.

Q: Some residents of Flint would like to relocate but are unable to do so. Why is this the case, and what could help them?

A: When something is revealed to be wrong with homes people own, they have difficulty moving because no one wants to buy their houses. If people are renting, they may still have difficulty moving if they need to pay first and last month's rent, plus the cost of the move, plus finding a place as affordable as the one they are currently living. The owner's problem could be solved by having the government buy the homes that no one else wants (as Jimmy Carter's administration did with the Love Canal dioxin contamination scandal). The renters' problems are somewhat easier to solve with a relocation allowance, if the allowance is sufficient to actually allow them to move.

Recessions result in lower birth rates in the long run