Building on its commitment of providing sustainable and convenient transportation options for faculty, staff, students and the community, Princeton University has expanded its bike-share program by 60 bicycles that can be borrowed at various points around campus. The new bikes augment a successful bike-rental pilot program the University launched in November 2014 with 10 bikes available at Princeton Station.

As of March 21, a total of 70 white, 8-speed Breezer city bikes are available at nine locations: Princeton Station; Firestone Library; the Friend Center; Forbes College; the Frist Campus Center; the Lakeside and Lawrence Apartments; Alexander Hall; and the Forrestal Campus in Plainsboro. The bikes are lightweight yet durable, designed for city riding. All bikes have a lock and an attached basket. The bike-share stations are strategically located at high-traffic locations across campus. 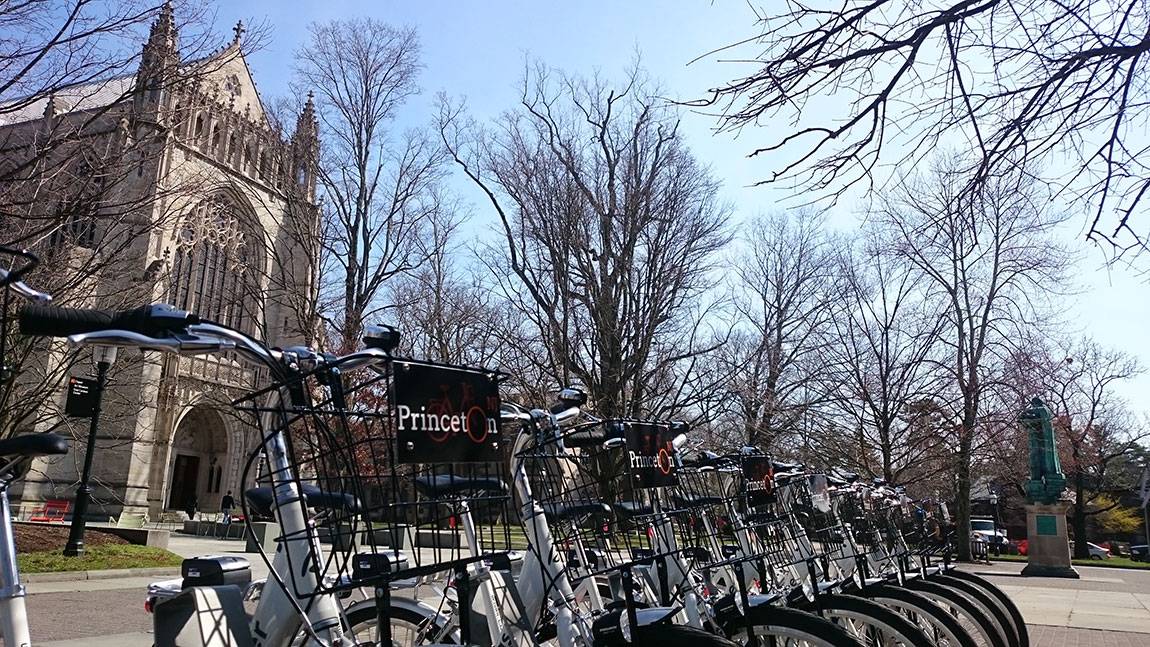 Princeton University has built on its commitment of providing sustainable and convenient transportation options for faculty, staff, students and the community by expanding its bike-share program to include a total of 70 bikes available at eight locations around main campus and one on the Forrestal Campus. This station is between Firestone Library and East Pyne. (Photos by Morgan Kelly, Office of Communications)

"We see this as building an overall bike culture," Jackson said. "We think that within the community this is a transportation option that will be widely accepted. When people have options like this, it makes it easier to leave a car at home, which reduces congestion, pollution and emissions on and around campus and helps us meet the University's and community's sustainability goals."

The bikes are available through Zagster, a bike-share service based in Cambridge, Massachusetts. Riders — who must be at least 18 years old — can rent a bike by creating a Zagster account online or via the Zagster mobile app. Riders pay a one-time fee of $20 that allows bike rentals for up to two hours for free, with additional hours costing $2 per hour. The membership is good at any Zagster station, not just on Princeton's campus.

Riders simply log in to their account and enter the unique ID number of the bike they wish to use. The app provides an access code for the lockbox mounted on the back of each bike that contains the key for the bike lock. Riders use the code throughout the duration of their ride to lock and unlock the bike anywhere along their trip. The rental ends once the bike is returned to a Zagster location. Although helmets cannot be rented for public-health reasons, Transportation and Parking Services and the Department of Public Safety will continue to promote bike safety, Jackson said. In addition, Zagster offers promotions to encourage helmet use, she said.

The pilot program at Princeton Station proved to be a success, Jackson said. Through December, 140 Zagster members had rented the bikes for a total of 731 trips, primarily for weekend jaunts around town and on the nearby Delaware and Raritan Canal towpath, she said. Jackson reported to Princeton Council on March 28 that the program to-date had grown to more than 300 members and total rides exceeded 1,300. Princeton Mayor Liz Lempert remarked that she had already seen a number of people riding the bikes the previous weekend. "This is a great program and I'm excited," she said.

"I see this as continuing to build and better our town-gown relations," Jackson said. "This program promotes everybody's sustainability goals. As it is widely accepted and continues to grow, who knows what we can do regionally as we move forward." 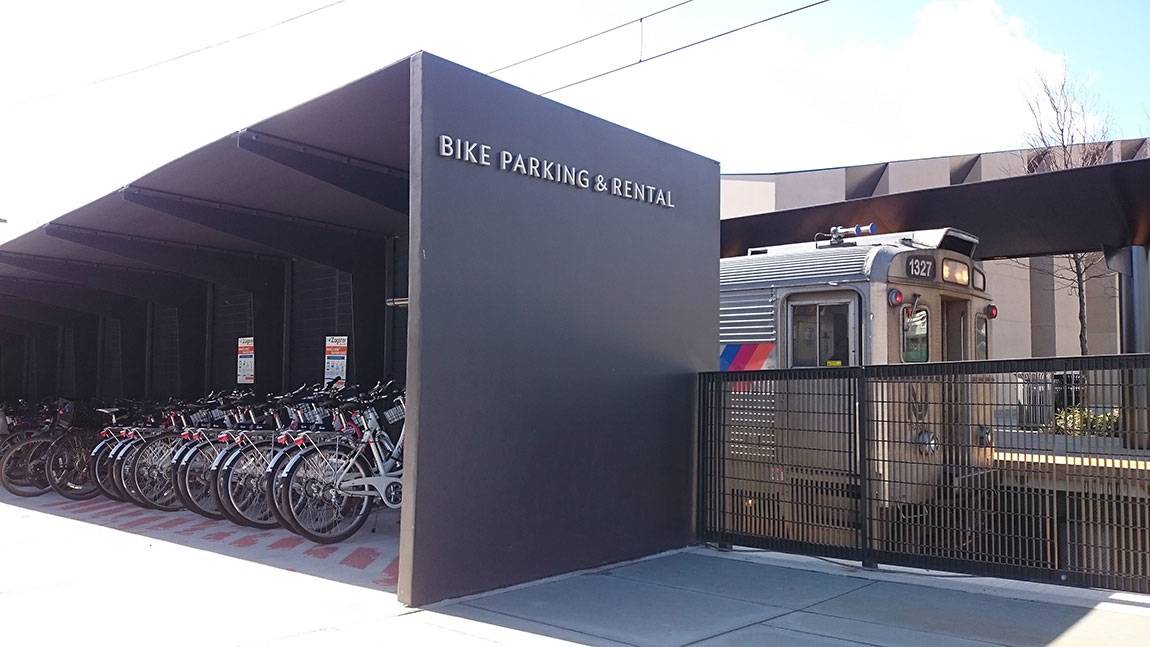 The expanded bike-share program augments a successful pilot program the University launched in November 2014 with 10 bikes available at Princeton Station (above). Through December, 140 Zagster members had rented the bikes for a total of 731 trips, primarily for weekend jaunts around town and on the nearby Delaware and Raritan Canal towpath.

Kristin Appelget, director of Community and Regional Affairs, said that the municipality's plans show that the University is a good staging ground for community programs with appeal beyond campus.

"The municipality was able to leverage the University investment in the bike-share program to obtain grant funding that will enable it to expand the bike-share program into the town," Appelget said. "This is yet another example of the innovative ways in which the campus and the community pool our collective resources to provide excellent services to residents, students and visitors."

A major objective of the program was to better manage the number of bikes students bring on campus, Jackson said. Every year, students graduating or returning home abandon hundreds of (often locked) bikes that Transportation and Parking Services staff must collect; most of the bikes are then donated to charities. The bike-share program also could help prevent bike thefts on campus as each Zagster bicycle includes a lock, Jackson said.

The expanded program was partly launched in March to be in place during Princeton Preview to be held April 11-12 and 20-21 for incoming freshmen, Jackson said. "I'm hoping this takes off with students and that students here for Princeton Preview will see the stations and know that when they come here in September they don't need to bring a bike," she said.

"This project also is part of the University's inclusion mission. Everyone has an opportunity to ride should they choose to," Jackson said. "I'm excited about the program because I think this will make a big difference for the University, students, faculty, staff, our visitors and the local community — everybody."