by Susan B. Higgins, Woodrow Wilson School of Public and International Affairs, and Michael Hotchkiss, Office of Communications

Among their answers: hope, inspiration, gratitude.

"There are almost no words to describe the experience," said participant Kayleigh Warren. "It's about fostering compassion and respect for everybody around you and learning to put others before yourself. It's very much a growth experience intellectually, emotionally, spiritually toward becoming the type of people our communities need to become vibrant."

Warren was among high school students and recent graduates from 16 Pueblo Nations in New Mexico and the Navajo Nation in Arizona who came to Princeton's Woodrow Wilson School of Public and International Affairs as part of the SPA, held June 11-17. 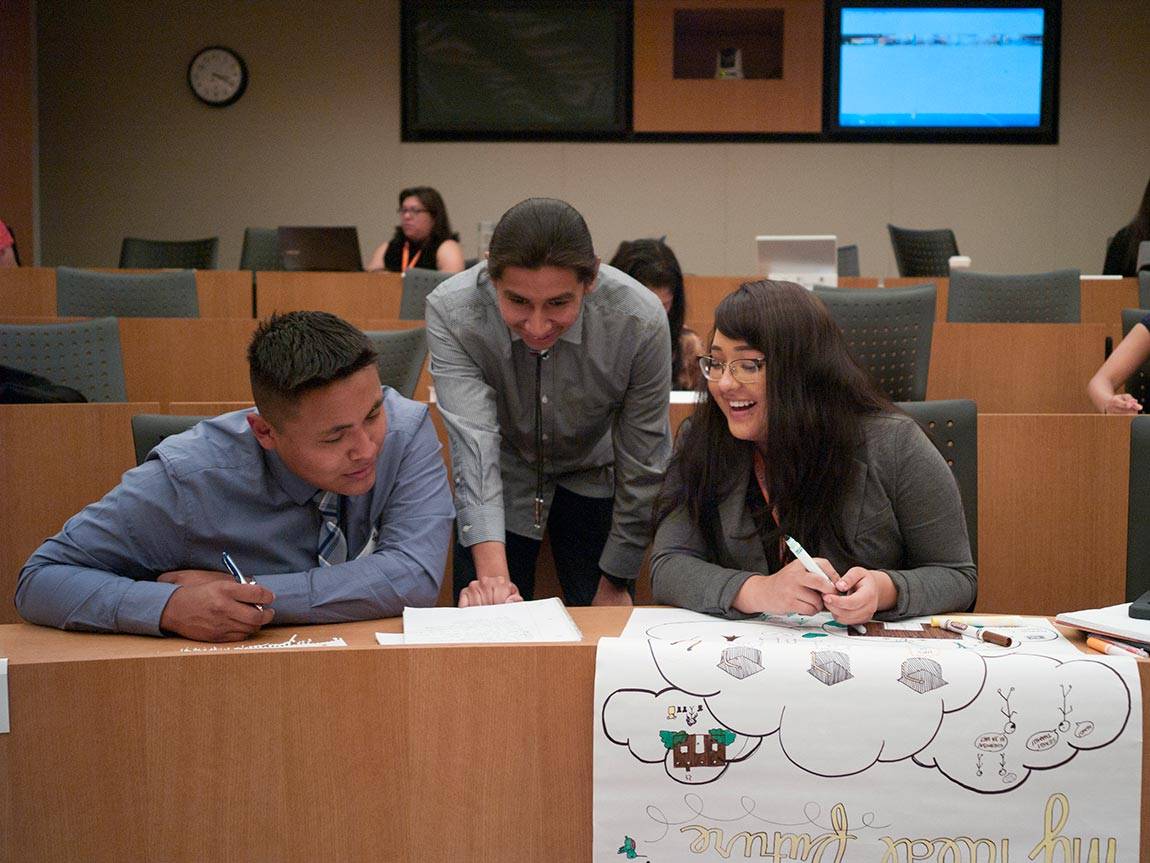 The program is an important part of the Wilson School's commitment to cultural diversity, said Melissa Lee, graduate admissions officer and social media strategist at the Wilson School. Hosted every year since 2008, the SPA was co-founded and is co-directed by Regis Pecos, a member of Princeton's Class of 1977, former chief of staff to the speaker of the New Mexico House of Representatives, and former director of policy and legislative affairs for the Office of the Majority Floor Leader.

"It's exciting when we can connect with a Princeton alumnus like Regis Pecos who shares our vision of encouraging young people to pursue careers in public service, particularly students who bring a different voice to the policy table," Lee said.

Pecos, a retired Princeton trustee, and a member and former governor of Cochiti Pueblo, said the program is designed to introduce young people to a world-class educational institution and rigorous academic experience.

"By using issues immediately relevant to them and their communities, students gain the essential skills and tools to prepare them to become advocates," Pecos said. 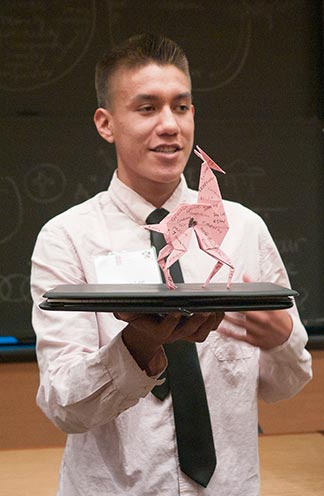 Students are selected to participate in the SPA after being nominated by their teachers, community leaders, business professionals and tribal leaders. Through intensive discussions, case studies and presentations by American Indian leaders and academics, the group explored how federal policies affect native tribal communities.

Participants specifically focused on issues related to education, language, the environment and health. The students also examined the epidemic of Native American youth suicide as part of the manifestation of generational trauma.

Participants analyzed the recently enacted Every Student Succeeds Act (ESSA), which governs U.S. public education and reauthorizes the 1965 Elementary and Secondary Education Act. The ESSA is designed to provide equal educational opportunity for all students through federal initiatives, while also encouraging innovations at the state and local levels.

Students closely assessed the law, paying particular attention to whether it includes language addressing Native language, culture and history. They also focused on the use of law enforcement to handle student disciplinary offenses and the potential benefits of tribally controlled schools returning to a less-punitive restorative justice system more in line with Native American cultural traditions.

After meeting as a whole, students divided into groups where they discussed policy issues, conducted research and wrote position papers on the topics discussed.

On Friday afternoon, they presented their findings, pairing worrying statistics about high dropout and suicide rates among American Indian populations with examples from their own communities of efforts to address the underlying causes of trauma and poor outcomes.

Naranjo said she hopes to become a teacher, working to help Native populations to take more control of education on reservations and focusing more on their culture and history. 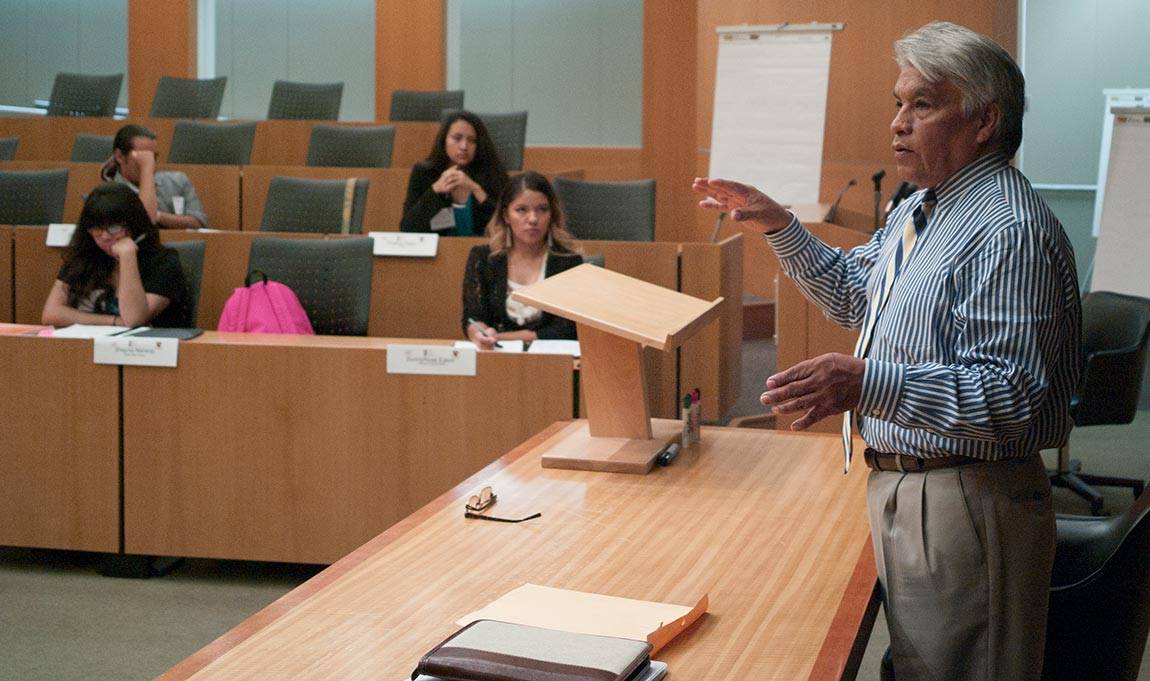 Regis Pecos, a member of Princeton's Class of 1977 and co-director and co-founder of the Summer Policy Academy, addresses the program's 18 participants, who come from 16 Pueblo Nations in New Mexico and the Navajo Nation in Arizona.

The week culminated in a trip to Washington, D.C., where students presented their policy recommendations to the National Congress of American Indians; U.S. Senate Committee on Indian Affairs; White House Native American domestic policy advisers; World Bank; directors of programs for indigenous peoples in Central and South America; and members of the New Mexico congressional delegation.

In the nine years of SPA, nearly 100 percent of students have pursued higher education, Pecos said, and are now entering careers as attorneys, engineers, teachers, health professionals and public service professionals. Others are pursuing undergraduate or graduate school studies.

"Nearly every one of our fellows is working in some capacity directly for or in areas indirectly impacting their tribal nations," Pecos said. "It is an extraordinary result of our collaborative investment at a critical time in their development. It results in their answering our hallmark question: 'What will be your contribution to the well-being of our people?'" 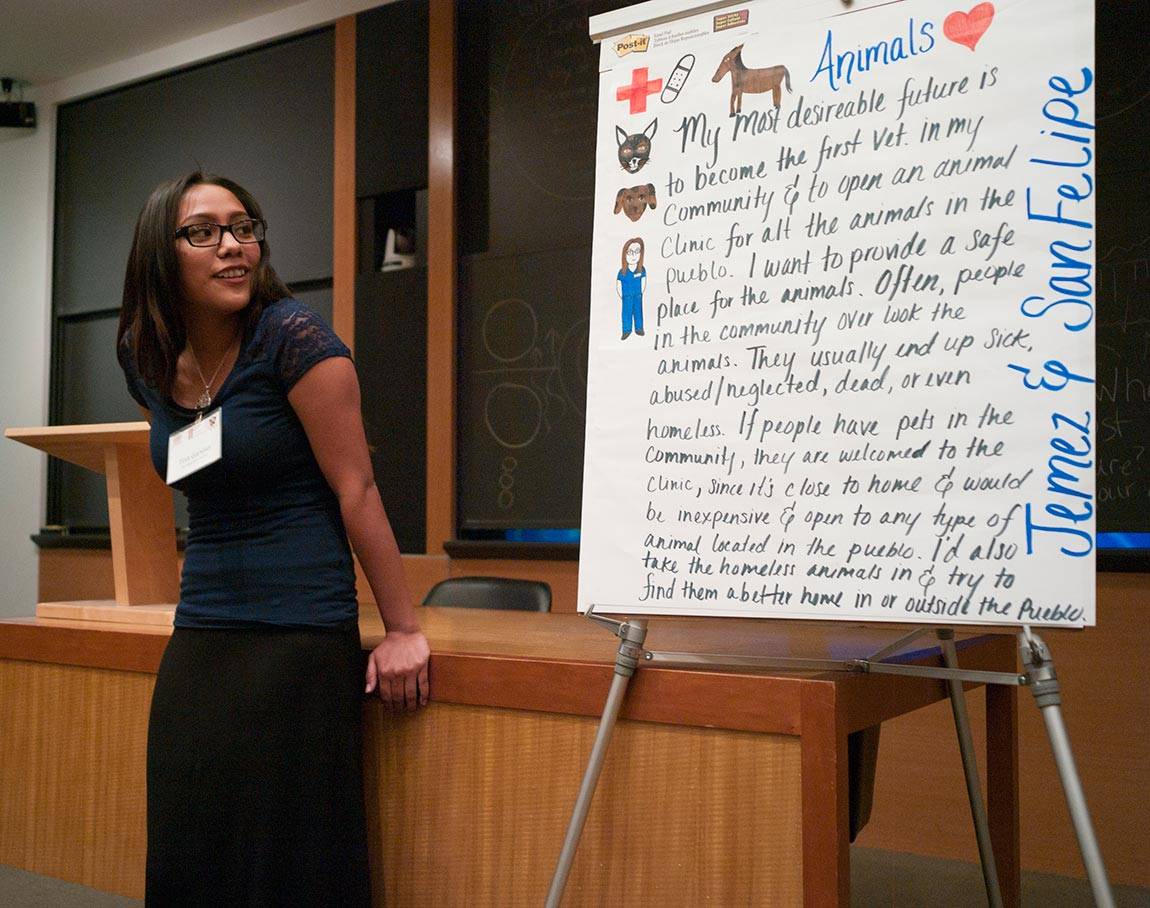 Tina Garviso makes a presentation to fellow participants in the Summer Policy Academy. 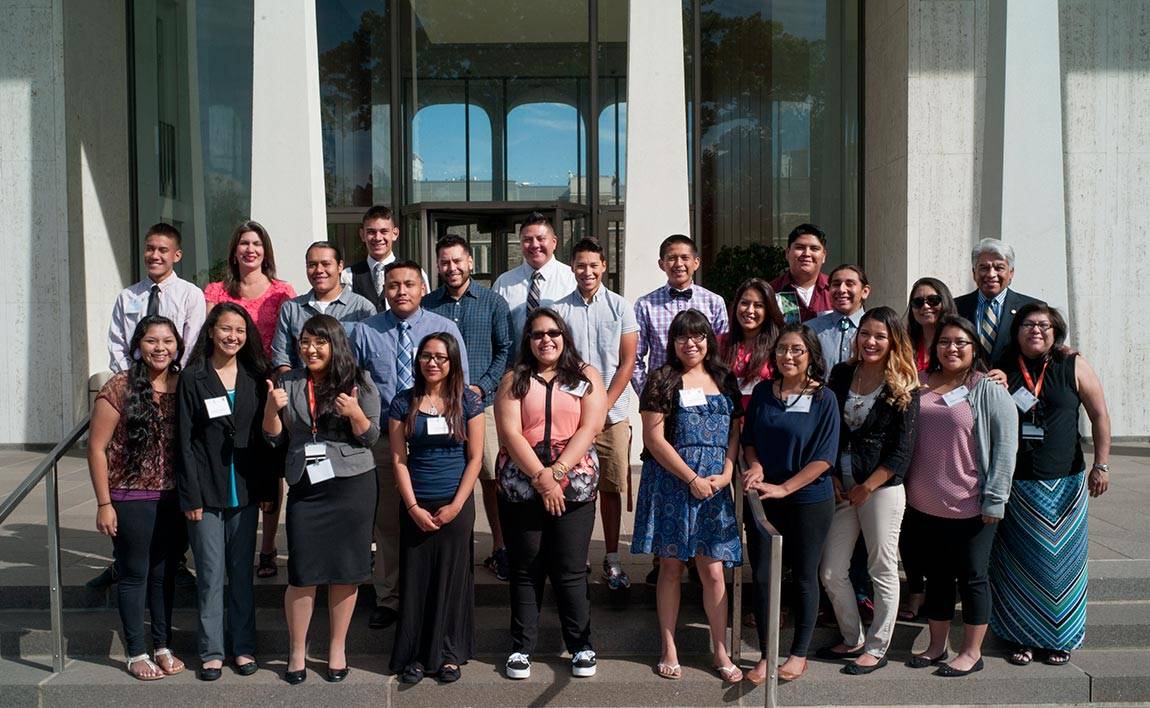 Participants in the Summer Policy Academy focused on issues related to education, language, the environment and health.