Three of the 13 Princeton students and alumni competing won medals at the 2016 Olympic Games that concluded Sunday, Aug. 21, in Rio de Janeiro. 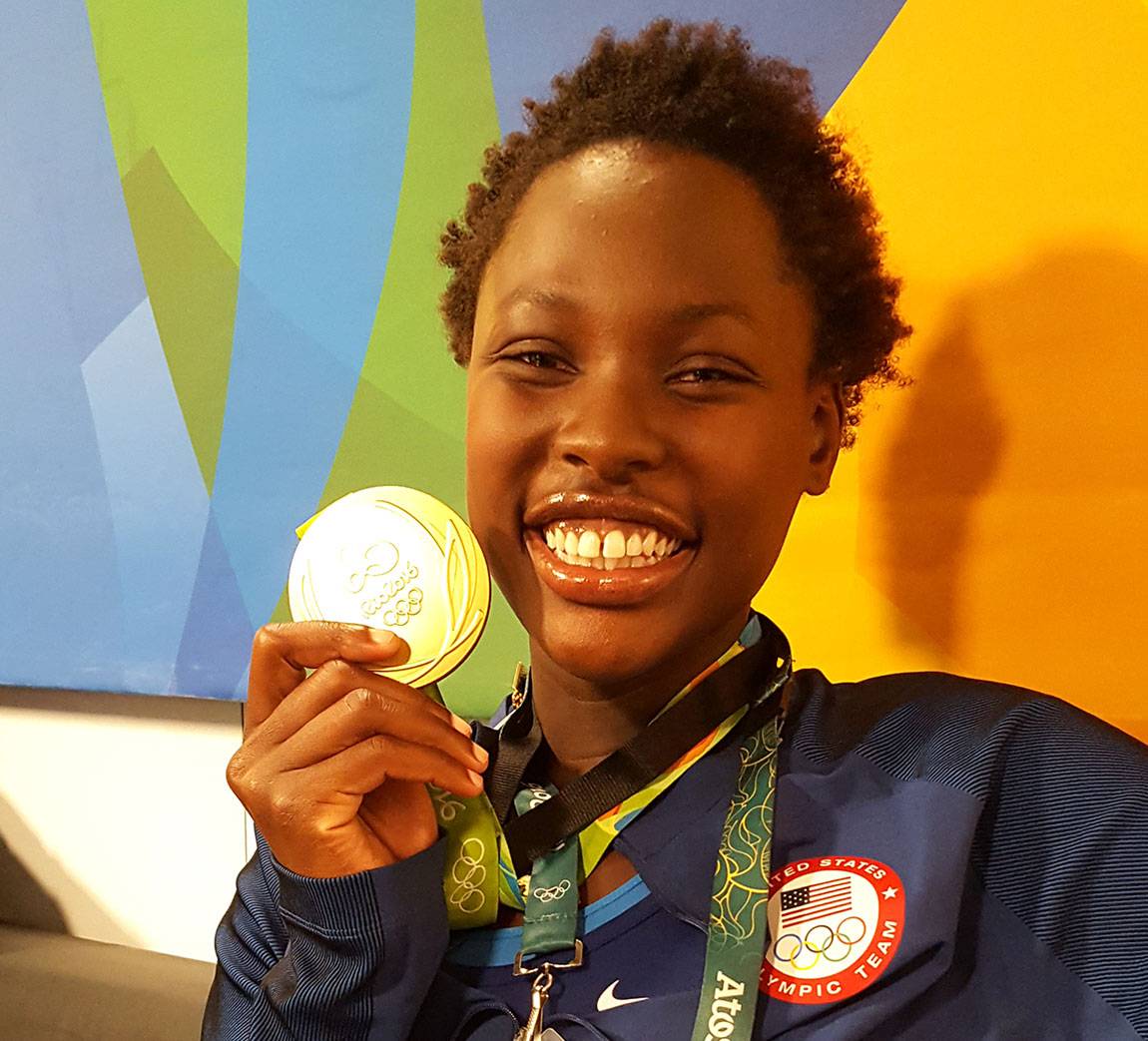 Ashleigh Johnson, a rising senior at Princeton, poses with the gold medal she won with the U.S. women’s water polo team at the Olympic Games in Rio de Janeiro. (Photo by Jeff Cable, USA Water Polo)

Rising senior Ashleigh Johnson won a gold medal with the U.S. women's water polo team, Gevvie Stone of the Class of 2007 won a silver medal in women's individual rowing for Team USA, and Diana Matheson of the Class of 2008 won a bronze medal on the Canadian women's soccer team.

"As the 2016 Olympic Games come to an end, we are extremely proud of all of the Princetonians who represented their countries so admirably on and off the field of play," said Mollie Marcoux, the Ford Family Director of Athletics. "It was such a pleasure to watch them compete on the world’s largest stage and pursue their athletic dreams at the highest level.

"We look forward to welcoming current Princeton water polo player Ashleigh Johnson back to campus this fall after helping her team to a remarkable gold medal. She and the other Princeton Olympians have inspired all of us."

Johnson, the starting goalie, led the American women's water polo team through an unbeaten run to the finals, in which they defeated Italy 12-5 on Friday, Aug. 19.

On Aug. 13, Stone placed second in the women's single sculls behind Kimberley Brennan of Australia. 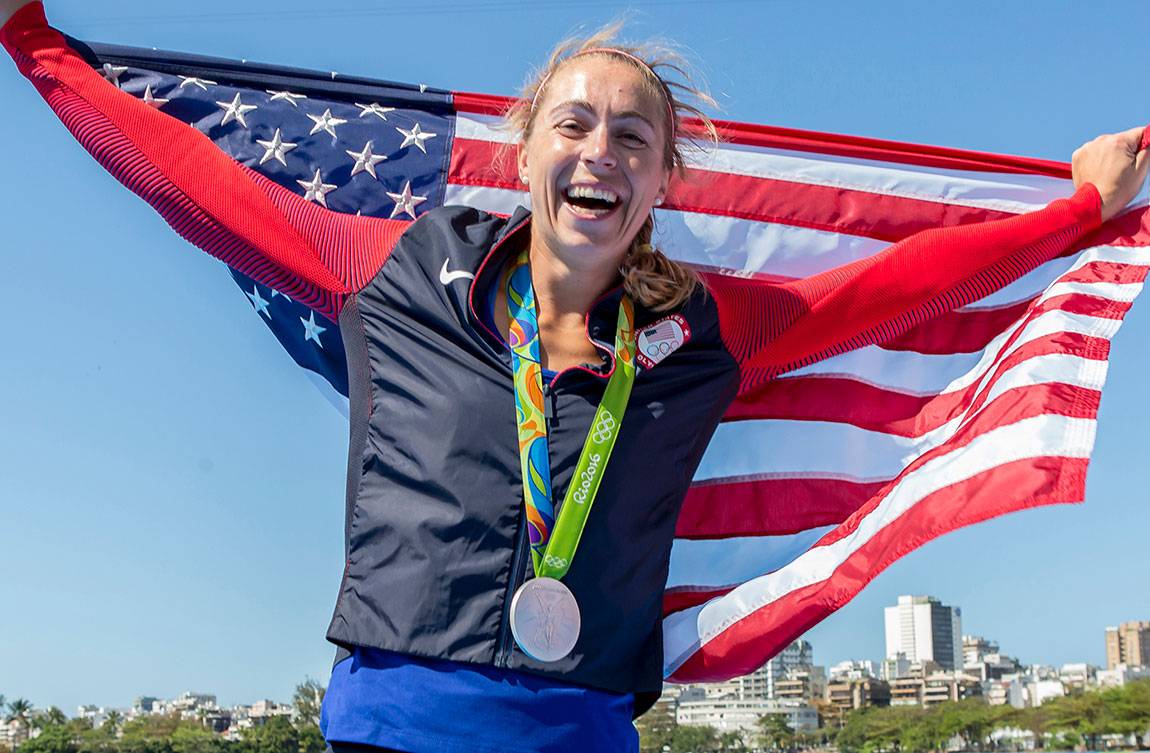 Gevvie Stone of the Class of 2007 shows off her silver medal and holds an American flag after the women’s single-scull finals. (Photo by Ed Hewitt, Row2K.com)

Matheson started and played most of the bronze medal soccer game as the Canadians defeated Brazil 2-1, on Aug. 19.

The other Princetonians who competed were:

All competed for the USA, except Wilkinson, who was on Team Canada.

Men's assistant cross-country coach Robby Andrews competed for the USA in the 1,500-meter race and women's track assistant coach Priscilla Frederick competed for Antigua and Barbuda in the high jump.

The Department of Athletics website has more detailed information on Princetonians at the games, including an Olympics Central page with results and biographical information on each participant.