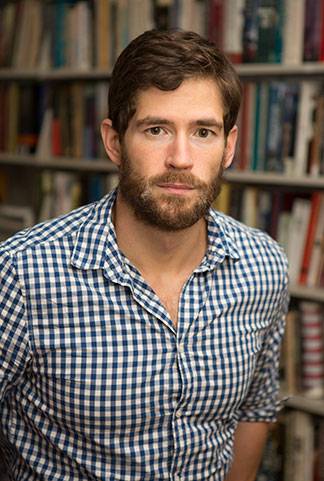 The "Vast Southern Empire" Princeton historian Matthew Karp references in the title of his new book isn't the Confederacy. It's the United States itself in the decades leading up to the Civil War.

In "This Vast Southern Empire: Slaveholders at the Helm of American Foreign Policy" (Harvard University Press), Karp explores the broad power proponents of slavery held over the foreign policy of the United States and how they saw the United States as the world's most powerful champion of slavery.

When the election of Abraham Lincoln broke their grip on national power, Karp says, these champions of slavery formed the Confederacy not as a desperate attempt to preserve slavery but a confident bid to reshape the world.

Karp, an assistant professor of history who specializes in the U.S. Civil War era, answered questions about the book and how Southerners viewed their 19th-century world.

Question: How does your book challenge the popular views of slavery proponents leading up to the Civil War?

Answer: For a long time, we've known that slaveholders had a lot of power in the early American republic. A lot of presidents owned slaves and hailed from Southern states. But I don't think we've appreciated in popular culture or scholarship the extent to which American foreign policy and foreign relations were especially dominated by slave owners. And not just men who owned slaves but Southerners who were very explicit champions of slavery. They were excited and exuberant about the possibilities for slavery's future, not just in the U.S. but abroad.

Q: Help us step into the shoes of these Southern slavery proponents in the 1850s. How did they see the world evolving that's hard for us to see now?

A: The most obvious and most important thing is that they saw the enormous importance of cotton — King Cotton. The leading sector of the world's leading economy was the textile industry in Great Britain, which depended on imports of American cotton. Southerners were aware of that, and they had a sense of their leverage over the British economy, which ultimately they overestimated.

My book looks beyond King Cotton. It's about the larger ideological transformations Southerners saw happening in the world of the 1850s. For one thing, King Cotton wasn't the only monarch of the period. You could also talk about King Sugar: the global sugar market, which was dominated by slave-produced sugar from Cuba. The leader in the global coffee market was the slaveholding empire of Brazil. All three of these slave societies were flourishing in this period.

The European and American working classes of the 1850s needed not only shirts to wear but coffee in the morning and sugar to go in it. The demand for all these things rose spectacularly with the Industrial Revolution. Southerners looked at how the world economy was working in the mid-19th century and believed these key staples all had to be grown either by slaves or in coercive labor systems that resembled slavery.

Beyond specific global markets, everywhere in the 1850s there was this muscular spread of a Euro-American imperialism that relied on extractive, coercive labor from the people it dominated — from the British in India to the Dutch in Indonesia. Southerners said over and over again that the "dark races" of the world were either going to disappear or they're going to have to be dragooned into labor. In a world of empire, racial domination and coercive labor, they thought, why couldn't slavery have a part in the system?

The final element is the rise of racialized science, which was also gaining a lot of steam at this time in Northern and European universities. The 1850s are a moment where a lot of ideas about the biological capacity of the races were gaining momentum.

Southerners were saying, if you look at this economically, if you look at this politically, geopolitically, intellectually, all of the global trends of the 1850s actually favor our system, which is based on inequality and coercion. Today, we have a sense that slavery was on its way out — and it was, because the South lost the war — but I really don't think slaveholders had that sense.

Q: Where were the Southerners and slavery proponents wrong?

A: I don't think they were wrong about the hostile direction of the world. If you look at the course of the rest of the 19th century, racial inequality only became more deeply consolidated between 1850 and 1900. European imperialism and racial domination become more extensive and entrenched. My epilogue talks about a lecture W.E.B. Du Bois gave at Harvard in 1890, where he looked at the spread of European empires and argued that Jefferson Davis and the slave South had anticipated all of this. In that sense slaveholders were right about the direction of the world, that dark vision of modernity.

But they were wrong about themselves. They were wrong about how important the Southern states were to the world economy. And specifically the importance of the institution of slavery, as opposed to other forms of racial domination and coercion. Global capitalism was able to find other ways to produce these raw materials, without chattel slavery.

King Cotton and King Sugar didn't really rule the global marketplace. Across the late 19th century, as the world economy became more industrialized, the producers of raw materials became less and less powerful. Southern slaveholders lacked the power to compel British intervention and support during the Civil War. In that sense, their global calculus was wrong and ultimately led to their destruction.