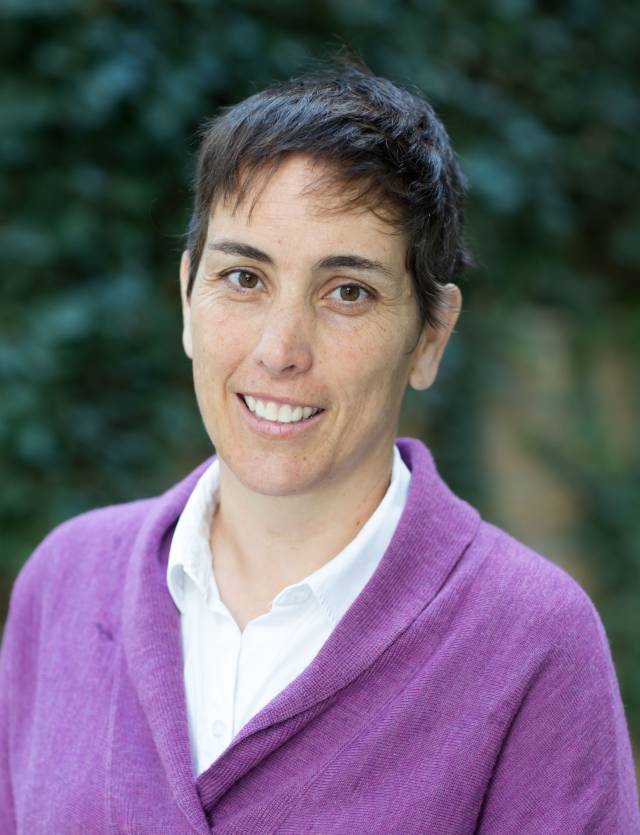 Wendy Warren, an assistant professor of history at Princeton University, specializes in the history of colonial North America and the early modern Atlantic world. She joined the University in 2010 after receiving her Ph.D. in history from Yale University.

Warren answered questions about the what drew her to this period in American history, the emotional challenges of researching chattel slavery and undoing national myths.

What drew you to the field of early American studies?

When worlds collide, as they did when Africans, Europeans and Native Americans encountered each other in the 16th, 17th and 18th centuries, the reactions reveal a lot about humanity. I have always been fascinated by the contrast between the Utopian idealism and the violent reality that exemplifies so much of the period. I can’t think of another period of history that offers so many views onto experiments gone badly.

Focusing on New England offered an opportunity to talk about slavery in a place where there weren't many slaves. New England never had a cash crop in the 17th century. The climate was too cold; the growing season, too short. The question then, is why have slavery at all? In answering that question, a lot was revealed about New England, including that the political borders that defined those famed northern colonies didn't account for the full scope of the region's reach. Many people think of New England as an exceptional place removed from the brute realities of chattel slavery. But in fact, the region had close economic and cultural ties to the West Indian sugar colonies. Those connections made the line between local and global really blurry in very interesting ways.

I was also interested in exploring the varieties of chattel slavery that existed. Too often my students arrive thinking that every enslaved person in North America had labored on a cotton plantation in the antebellum South. But the history of slavery in North America is much more complicated than that. There were enslaved people — Indian and African — from the very beginning of English colonization, and they did all sorts of labor, long before “King Cotton” emerged. In that sense, the book deepens African American history; some enslaved Africans labored alongside English colonists in the famed New England colonies right from the very beginning. They were "coerced colonists" — and they did the work of settlement and clearing with their English owners.

How did the institution of chattel slavery go hand-in-hand with the English colonization of New England?

First,  New England, by the middle of the 17th century, had strong ties to places with economies based on the labor of chattel slaves, such as Barbados and, later, Jamaica. These places, perhaps because they're not part of the United States today, don't form part of the popular understanding of North American history, and are seen as separate from the New England of myth, which is a land of Puritan people wearing black hats and somber clothes.  My book instead points out how closely connected New England was to places like the sugar colonies of the West Indies. I argue that New England had plantations, in a way — they were just off-shore. The famed Puritan merchants (and also Anglicans and Quakers) of 17th-century New England traded with the Caribbean colonies, supplied them with food, and carried their products throughout the world. The money from those transactions helped New England thrive.

Second, there were enslaved Africans and Indians in the region itself. The colonies of New England never had a large population of enslaved people in the 17th century, but slavery still mattered immensely to the region's economy and to its growth. And of course, if you were one of those people, it mattered immensely to you, too. Being in a small population of enslaved people didn’t mean your life was simple or easy; it meant, rather, than you were enslaved and also isolated and possibly lonely. 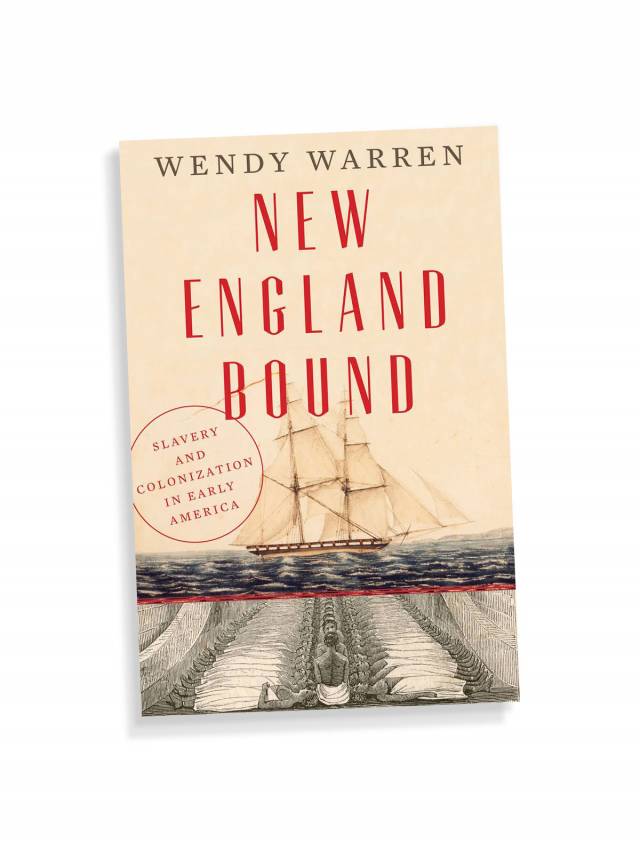 'New England Bound' is based largely on original documents from the 1600s, including journals, letters, ledgers and wills. What were the challenges in analyzing these documents, and what was the most surprising thing they revealed to you?

The documents I encountered rarely directly discussed slavery as an issue. Rather, I found documents discussing other things and mentioning enslaved people as sort of incidental elements to the actual story. So, for example, I found a case of an enslaved man in Salem who testified in a witchcraft trial. He wasn't on trial himself, he simply recounted an odd story of possible bewitchment of his horses who had acted very strangely one day while he was out cutting trees and gathering wood. The document itself is focused on the indictment of the accused witch, but I used it to recover a moment in the life of this enslaved African man. By doing so, I inverted the usual narrative of Salem. Witchcraft is part of the stereotypical story of that town, but the existence of this man also introduces the idea of Salem as a major Atlantic port, full of ships trading to and from the West Indies, and populated by enslaved Africans who are doing the work of colonization, such as clearing fields, gathering food and farming. This man's story allowed me to reframe New England, and place it in the wider world of Atlantic trade. Readers come away understanding that Salem was a cosmopolitan port town, full of people from different continents — it was not just a land of superstitious and provincial Puritans.

That kind of story helped me to frame the region broadly. But others seemed to invite intimate narration. One case in the book involved a woman who was accused of fornication. (She was pregnant and not married, so could not deny the charge; the proof was evident in her swelling belly.) But when she was brought before the court, she chose to address a crime that she found more urgent and damning: the fact that she had been stolen from West Africa three years prior, violently taken from her infant and husband there, and made to labor in New England. Such stories were challenging to read because they seemed to demand that I, as a historian, take responsibility for conveying accurately the pain she felt. I did not think it was enough to simply recount her story. I had to also convey her sorrow and indignation at being in the region. I felt a responsibility to her, as an individual who had been harmed. That involved a very different kind of approach.

That extra step, the conveyance of the personal stakes for the historical subjects being described, makes the writing of history challenging and also rewarding. One of my heroes, the great biographer of Lyndon B. Johnson, Robert Caro, once said: "You have to ask yourself, Are you making the reader see the scene?… You look at so many books, and it seems like all the writer cares about is getting the facts in. But the facts alone aren’t enough." I like that quote and I very much admire the idea. The standard Caro sets is perhaps unachievable, but it's a worthy goal: to make the reader see and feel what the place and event was like, to do justice to the people you’re writing about. I feel that responsibility perhaps even more acutely because the people in this book received little justice in their own lives.

What aspects of this period of U.S. history do your students find most eye-opening?

The first day of my lecture class on colonial North America, I ask students to give me three important events or dates between, say, 1492 and 1760. Inevitably, I get blank stares. This is a period of North American history about which most students come to Princeton knowing almost nothing. The AP U.S. History exam barely covers the colonial period, and as a result they've had no opportunity to learn anything about these more than two centuries of strife and war and conquest and defeat. Understanding what happened between, say, 1492 and 1776, broadens their understanding of problems that they know about from the 19th and 20th centuries: slavery and the Civil War, race relations, Indian Removal, questions of civil rights, of Empire and so forth. All these modern and more familiar topics have their roots in the colonial period, and even earlier.

Understanding what happened during the European colonization of North America muddies a bit the origins story of the United States, but it also offers some honesty and complexity that students today seem to want. This isn't a generation that seeks simple narratives, and they're not entirely comfortable with unbridled nationalism. I find students to be more comfortable with complexity. They find ambiguity more believable than anything simple and linear. In that sense, I suppose the subject is a good match for them. The colonial period offers complexity and mistakes everywhere you look.