On the night of Jan. 17, 2013, a hooded assailant approached Sergey Filin, then the artistic director of the Bolshoi Theater Ballet, and flung battery acid in his face. The crime made international headlines and stunned a community of artists known for elegance, not violence.

Some months later at a Kremlin gala in Moscow, Simon Morrison, a professor of music and an expert on 20th-century Russian and Soviet music and ballet, met Filin, who had undergone numerous operations in Germany and lost all of his sight in one eye.

"You could still see the scars on his neck from the acid," Morrison said. "He wore these dark wraparound glasses and had an attendant with him administering drops. It was horrific, deeply macabre."

In his new book, "Bolshoi Confidential: Secrets of the Russian Ballet from the Rule of the Tsars to Today," Professor of Music Simon Morrison weaves a richly detailed account of the Bolshoi Ballet from its origins in 1776 under Catherine the Great through its glorious, intrigued-filled history as a crucible for high art. (Photo courtesy of W.W. Norton)

Morrison's encounter with Filin inspired him to research whether the Bolshoi, a cultural icon and symbol of Russia, had been roiled by these types of scandals in the past, and explore what that said about the history and politics of the esteemed institution. He wrote a piece about the attack for the London Review of Books, which prompted a literary agent to suggest a book about the incident.

Morrison knew that the attack itself, despite its tragedy, did not define the Bolshoi. He wanted instead to delve into the history of the organization, plumb the depth of the Russian archives, and engage other scholars as well as balletomanes. To learn more about how art and politics intersect at the Bolshoi, Morrison began an intensive three-year research process.

The result is a richly detailed account of the Bolshoi Ballet, a crown jewel of Russian culture, considered an emblem of power by the government since its founding in 1776. "It is a tale about the kind of negative pressures that lead to the creation of great art," Morrison said. "A moral of the story is that in the Soviet experience there's something about immense censorship, repression and threat that leads to the production of masterpieces. The Bolshoi has been burned and rebuilt and almost liquidated numerous times, yet has produced some of the world's greatest ballets, including 'Swan Lake.'"

A member of the Princeton faculty since 1998, Morrison earned his Ph.D. from Princeton. His previous books include "Russian Opera and the Symbolist Movement," "The People's Artist: Prokofiev's Soviet Years" and "Lina and Serge: The Love and Wars of Lina Prokofiev," a biography of Prokofiev's first wife. He has worked in the Moscow archives for nearly two decades and knows them well. Over two dozen trips to Russia have also schooled him in the art of "gentle pestering" often required to gain access. Morrison will appear in conversation about "Bolshoi Confidential" with Marina Harss, a dance writer and translator, at 6 p.m. Dec. 8, at Labyrinth Books, 122 Nassau St., Princeton, an event sponsored by the Department of Music. 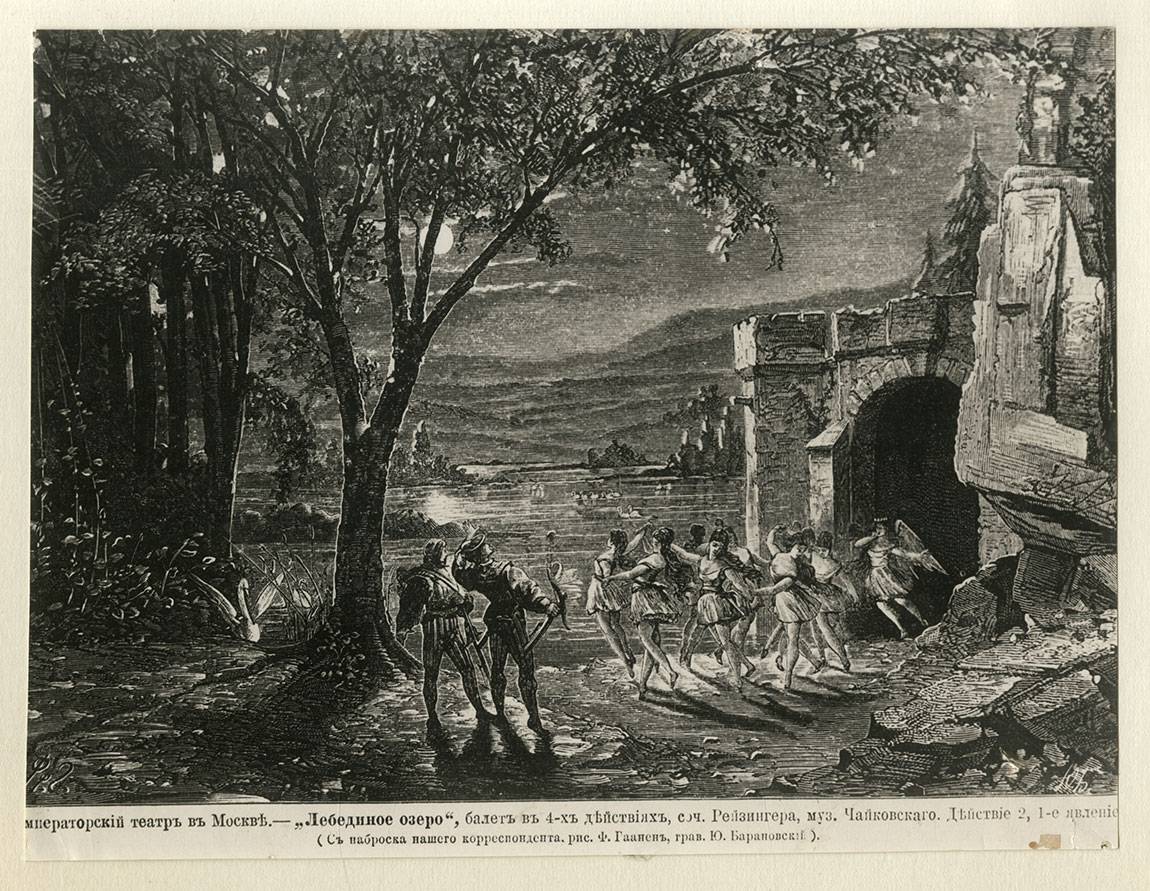 This illustration depicts the appearance of the swan maidens for the original 1877 Bolshoi production of "Swan Lake." (Photo courtesy of the Russian State Archive of Literature and Art, Moscow)

Morrison's research for "Bolshoi Confidential" led him into the small theater museum at the Bolshoi and the immense theater and dance archives in the Bakhrushin Museum as well as the Russian State Archive of Literature and Art and the Russian State Archive of Social Political History, which houses the records of the Central Committee (the operating division of the Stalinist government in the Kremlin), among other repositories. He also enlisted the help of freelance archivist Ilya Magin in St. Petersburg, who he said was indispensable in researching the imperial era of the tsars. In addition, Morrison conversed with dance critics and historians in Moscow "who have lived and breathed ballet all their lives." He even wangled an invitation to spend the day at the dacha, or country house, of Yuri Grigorovich, ballet master from the Khrushchev-Brezhnev era into the 1990s, who is now almost 90.

Among the gems Morrison uncovered was an enormous box of bureaucratic correspondence about the search for a real donkey to perform in the ballet "Don Quixote," created by the famous choreographer Marius Petipa. During the ballet's first run in St. Petersburg in 1869-70, a female donkey was borrowed from a nearby vaudeville show. "This poor thing had a heart attack and died on the stage during a rehearsal," said Morrison, who read the long veterinary report. In Moscow, the Bolshoi employed a male donkey from the Moscow Zoo. "This donkey was trotted in with its minder from the zoo to the theater every day for the show and there was a budget for 'treats in the form of bread and oats' for the donkey." To the present day in Moscow, they use a donkey in "Don Quixote," he said. 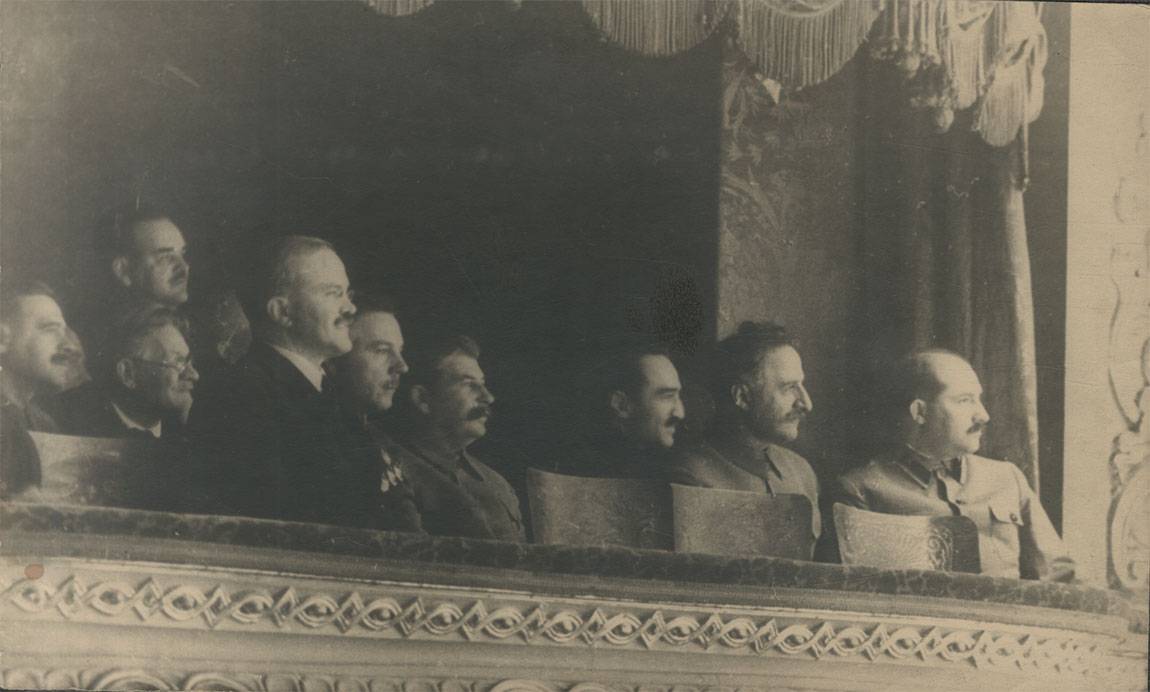 In "Bolshoi Confidential," Morrison explores how the Bolshoi Ballet was used throughout history as a political tool. Above: Josef Stalin (fourth from right), former leader of the Soviet Union, attending the Bolshoi in the mid-1930s. (Photo courtesy of the Russian State Archive of Literature and Art, Moscow)

Throughout its storied past and still to this day, the Bolshoi — the theater and its eponymous ballet company, arguably the finest in the world — has been indelibly controlled by the government; culture and politics, performers and bureaucrats are forever entwined on its stage. For example, the iconic Soviet ballet of the late 1920s, "The Red Poppy," a tale of Soviet sailors detained in China, is about the Stalinist regime's involvement in the rise of Communist China. "The Central Committee decided when and how this ballet would be produced and performed in 1927," Morrison said.

The Bolshoi Theater, with more than 2,000 seats, was a kind of political convention center during the Soviet period, Morrison said, and was used for the signing of the Soviet Constitution in 1935. After the Russian Revolution, Vladimir Lenin gave speeches there.

In 2005, at the start of its most recent renovation, which took six years and cost $680 million, the theater was gutted and boxes of ancient materials were found in the basement and attic. Soldiers conveyed the materials into the administrative building next door. "There is always that connection between arts and the government," Morrison said. "The Bolshoi is a national treasure." 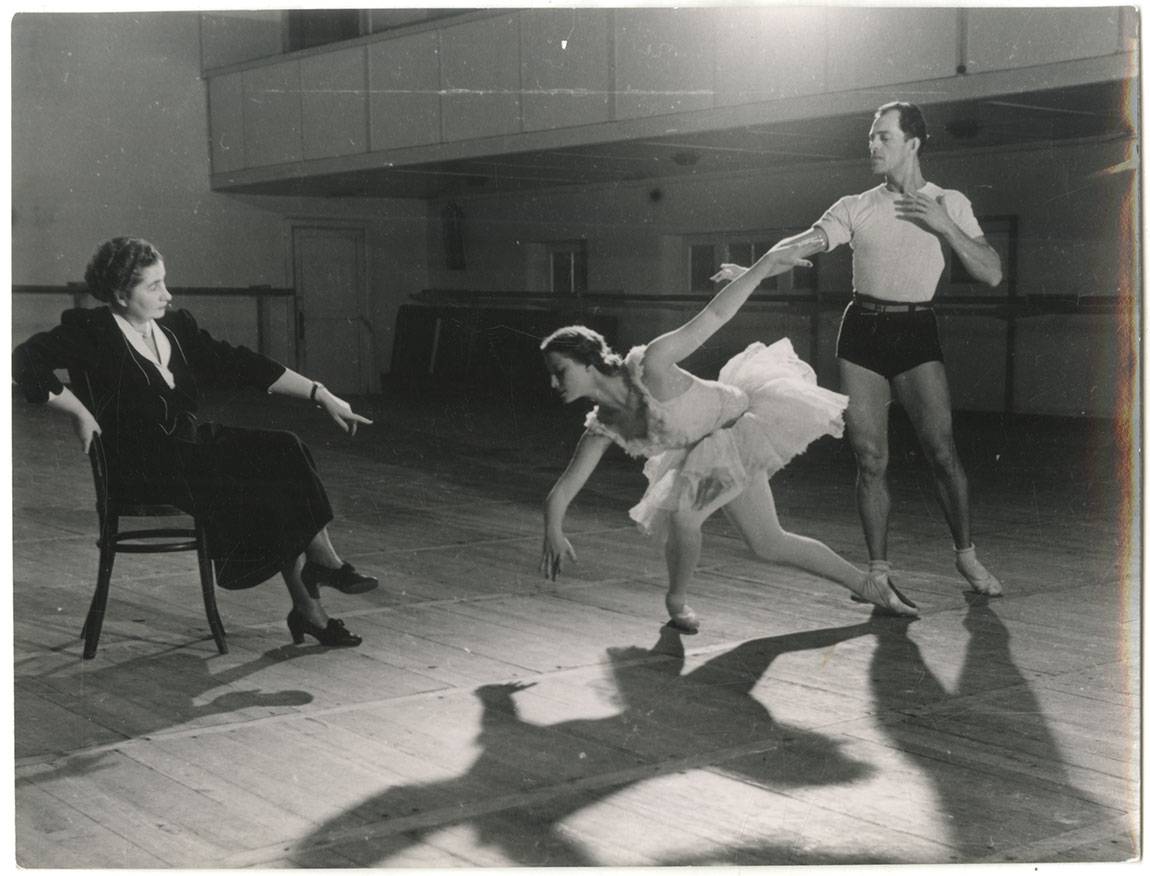 Although once accessible to people of all classes, with affordable tickets in the Soviet era, today the Bolshoi is no longer "the people's house," Morrison said. Tickets can cost as much as $500. "It's a kind of playground for the petrol-ruble crowd in that way in which oligarchs now control so much of the culture in Russia, much of it eroded into popularized entertainment."

Through it all, the Bolshoi endures. In late May, Pavel Dmitrichenko, the dancer who was convicted of and imprisoned for organizing the attack against Filin, was released on bail after having served only half his sentence. "He now wants to dance again at the Bolshoi," Morrison said. "If he does, which I think is 50-50 at this point, he may well be performing in the ballet that he was performing in when he was convicted, which is 'Ivan the Terrible.' If that happens, the perverse ironies pile up because Ivan the Terrible is rumored to have blinded the architects of St. Basil's Cathedral on Red Square to ensure that they never again built anything as beautiful. Dmitrichenko's rehabilitation is so implausible that it is almost guaranteed of happening. Ballet is like that."

The original version of this article was published in the University's annual research magazine "Discovery: Research at Princeton." 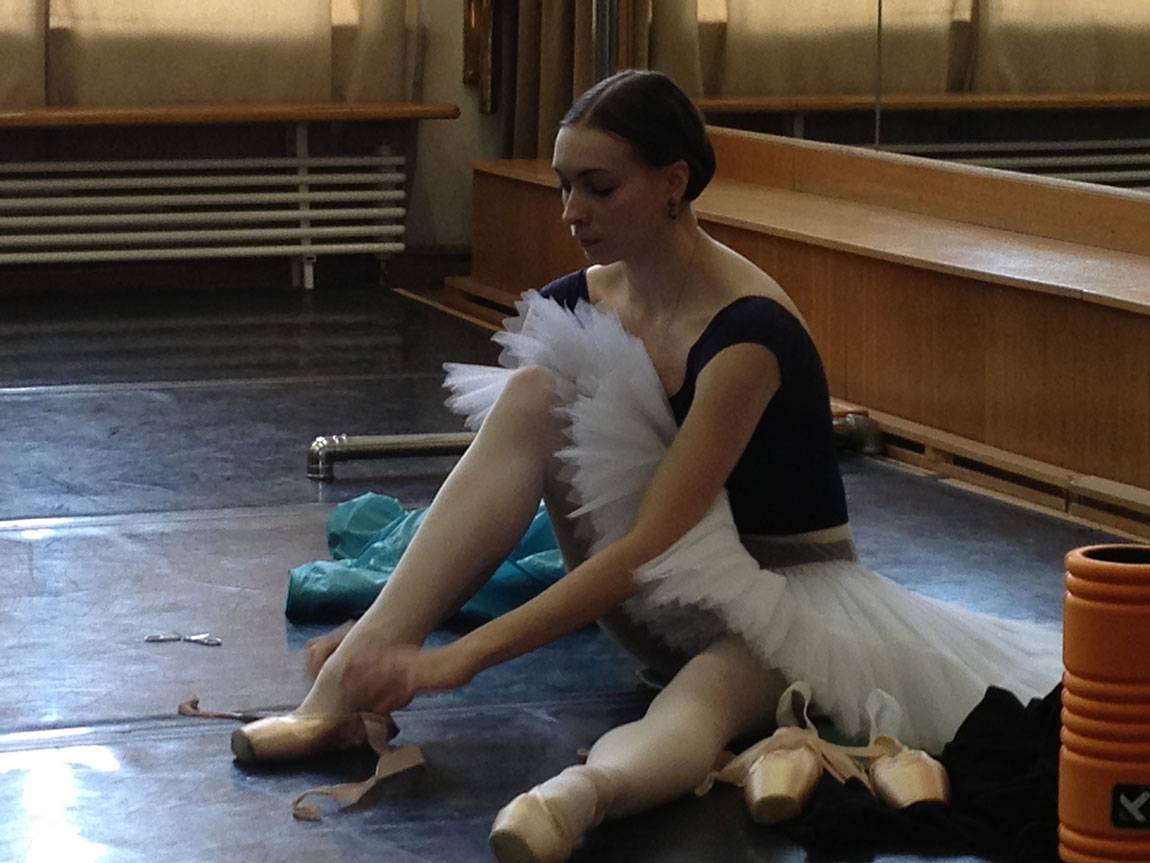 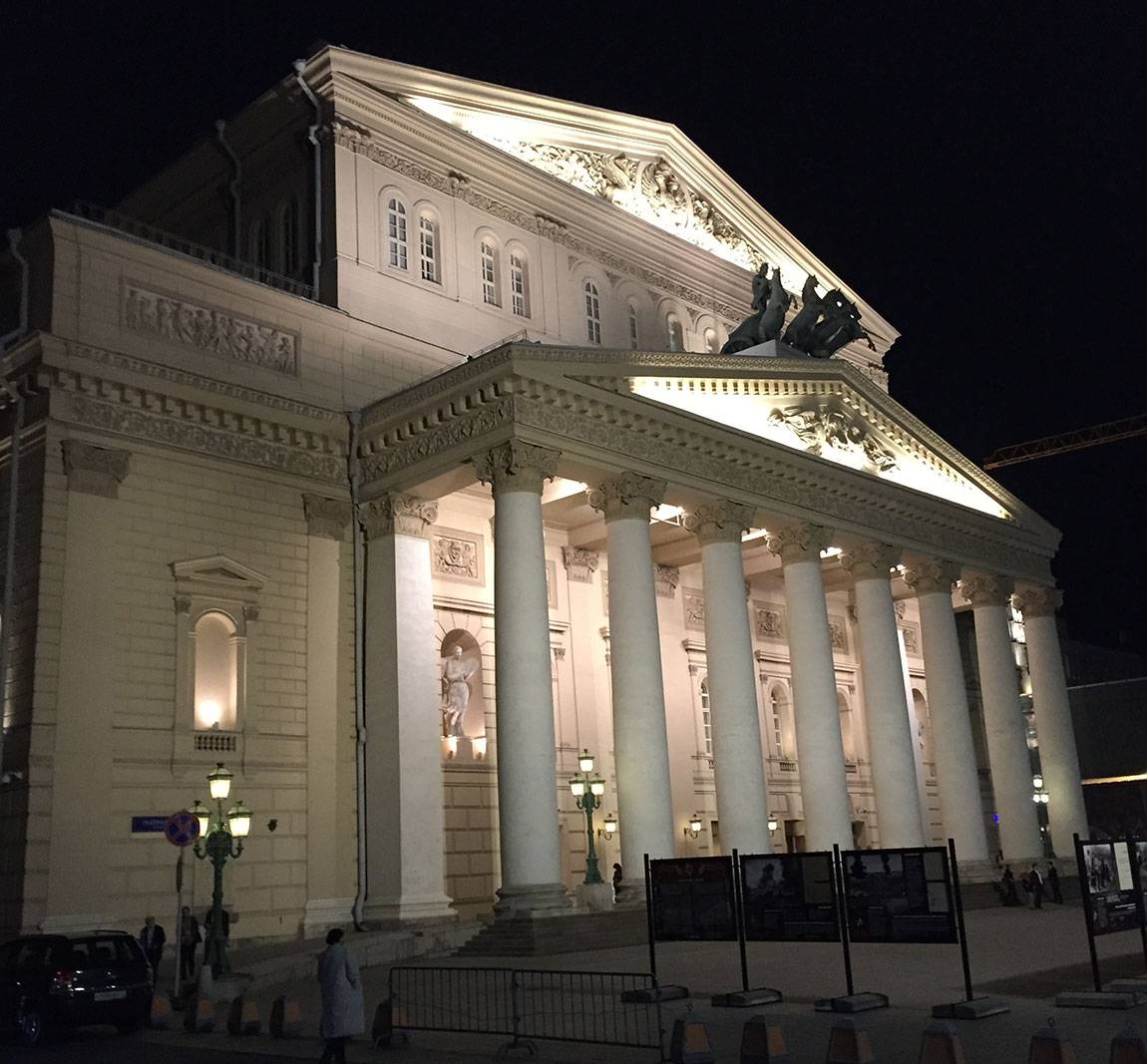 This 2015 photo shows the reconstructed Bolshoi Theater, following its most recent renovation, which took six years and cost $680 million. (Photo by Simon Morrison, Department of Music)