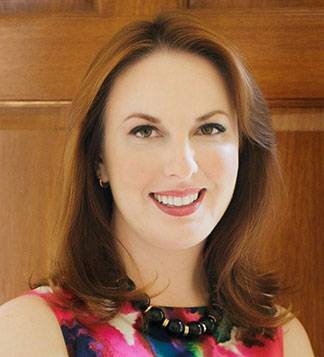 By the age of 6, girls become less likely than boys to associate brilliance with their own gender. This could have an immediate impact on their interest level in activities and may have long-term effects, such as whether women feel confident pursuing careers in certain academic fields that "cherish brilliance," according to a new study conducted by researchers at Princeton University, New York University and the University of Illinois at Urbana-Champaign.

The study, "Gender Stereotypes About Intellectual Ability Emerge Early and Influence Children's Interests," was published today in the journal Science.

The researchers concluded that women often avoid or are "locked out" of academic careers commonly believed to require raw, innate "brilliance" rather than hard work.

Two of the researchers — Sarah-Jane Leslie, the Class of 1943 Professor of Philosophy at Princeton, and Andrei Cimpian, associate professor of psychology at NYU — first explored these "field-specific ability beliefs" in a 2015 study published in Science. The study looked at how these beliefs held by people in academic fields were able to predict gender gaps across both STEM and social science and humanities disciplines.

About that work, Leslie said, "We found that adult women were less likely to receive advanced degrees in fields thought to require 'brilliance.' These new findings show that these stereotypes begin to impact girls' choices at a heartbreakingly young age."

"Even though the stereotype equating brilliance with men doesn't match reality, it might nonetheless take a toll on girls' aspirations and on their eventual careers," said Cimpian.

"Our society tends to associate brilliance with men more than with women, and this notion pushes women away from jobs that are perceived to require brilliance," said Lin Bian, a doctoral student at Illinois, who is the paper's first author. "We wanted to know whether young children also endorse these stereotypes."

The researchers tested children ranging from 5 to 7 years in a series of studies.

In one experiment, children heard a story about a person who was "really, really smart" and were then asked to guess which of four unfamiliar adults (two men, two women) was the story's protagonist. They were also asked to guess which adult in a series of paired different-gender adults was "really, really smart." While the results showed boys and girls aged 5 viewed their own gender positively, girls aged 6 and 7 were significantly less likely than boys to associate brilliance with their gender. These age differences were largely similar across children of various socioeconomic and racial-ethnic backgrounds.

A subsequent study asked whether these perceptions shape children's interests. A different group of boys and girls aged 6 and 7 were introduced to two games — one described as for "children who are really, really smart" and the other for "children who try really, really hard." The content and rules of the two games were otherwise very similar. Children were then asked four questions to measure their interest in these games (e.g., "Do you like this game, or do you not like it?"). Girls were significantly less interested than boys in the game described as for smart children; however, there was no difference between the boys' and girls' interest in the game for children who work hard — a finding that illuminates the targeted nature of gender stereotyping.

A final experiment compared 5-year-olds' interest to 6-year-olds' interest in the game said to be for "children who are really, really smart." The results showed no significant differences in interest between 5-year-old boys and girls, consistent with the absence of brilliance stereotypes at this age. Girls at age 6, however, were less interested than boys in the game for smart children.

While the researchers cautioned that more work is needed to investigate how broadly these results apply, they concluded that the "brilliance=males" stereotype may narrow the range of careers children may one day consider.

Leslie said that academics who wish to diversify their disciplines should adjust the messages they send to students concerning what's required for success — such as staying away from words like "brilliant," "genius" and "gifted," and instead emphasizing to their students the importance of hard work and dedication.

"Changing the messages to the students is only one part of it," said Leslie. "People who wish to increase diversity may need to work to change the culture of the entire field. We should share personal anecdotes — not just with our students, but also with our colleagues — about how we overcame challenges, setbacks and failures along the way. It can be tempting to present oneself as 'effortlessly brilliant,' but maybe we need to resist this temptation."

This study was supported, in part, by a grant from the National Science Foundation (BCS-1530669).

It matters where it comes from: Some people wary of organ, blood donations depending on source