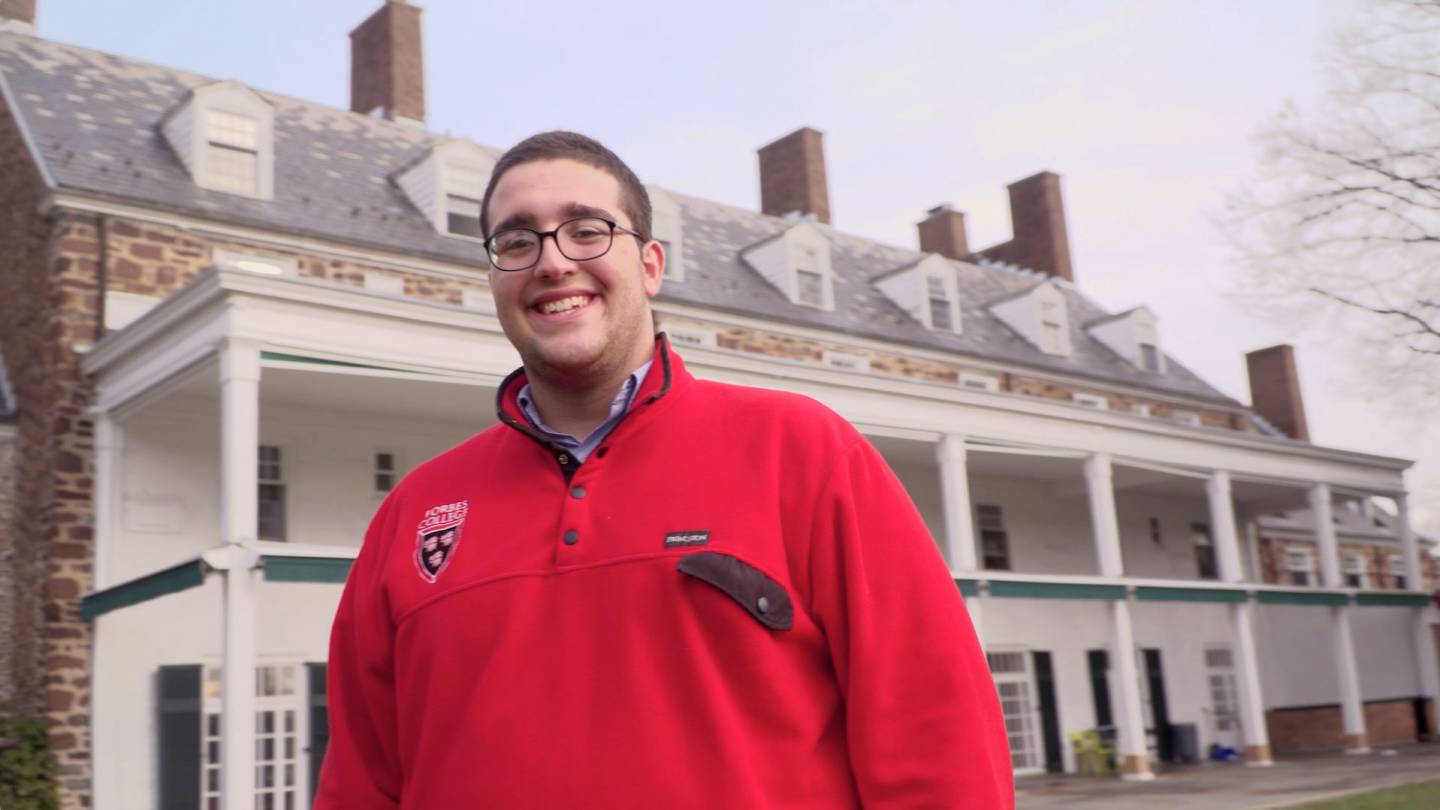 Sophomore Naoum Fares Marayati is taking in as much of his Princeton experience as he can. When Marayati is not studying for his next class, you may find him guiding a tour in the Princeton University Art Museum, tutoring at the McGraw Center for Teaching and Learning, singing with the Umqombothi a cappella group or hosting a study break at Forbes College, his favorite community on campus.

The psychology major from Aleppo, Syria, and North Carolina attributes his growth on campus to a value Princeton has taught him: to be in the service of humanity. Marayati plans to take this value into the future as he hopes to become a neurosurgeon.

"Whether it was in my career, what I'm doing on campus, I really strive to be in service of everyone," Marayati said.

In addition to his coursework and extracurricular activities, Marayati works in the Princeton Baby Lab as a research assistant. The lab focuses on how babies and young children learn and perceive the world around them. Marayati has many responsibilities in the lab including running experiments for current studies.

"[Fares] immediately gave me the impression that he is an intellectual force, that he is somebody who contributes to the community, that he has an enterprising spirit," Casey Lew-Williams, assistant professor of psychology and co-director of the Princeton Baby Lab, said. "And every interaction I've had with him since then, whether in the lab or over a meal at Forbes College or Butler College, has truly confirmed that."

At the end of a busy day, Marayati looks forward to going to his home on campus, Forbes College. At Forbes, Marayati is a peer academic adviser, was recently a member of the Forbes College Council and will be an assistant residential college adviser next fall.

"Being involved in Forbes has really strengthened the community feel," Marayati said. "Forbes has become my home very quickly. It's very comforting to know that at the end of the day, when all my classes are over, when all my work is over, I can just go back home."