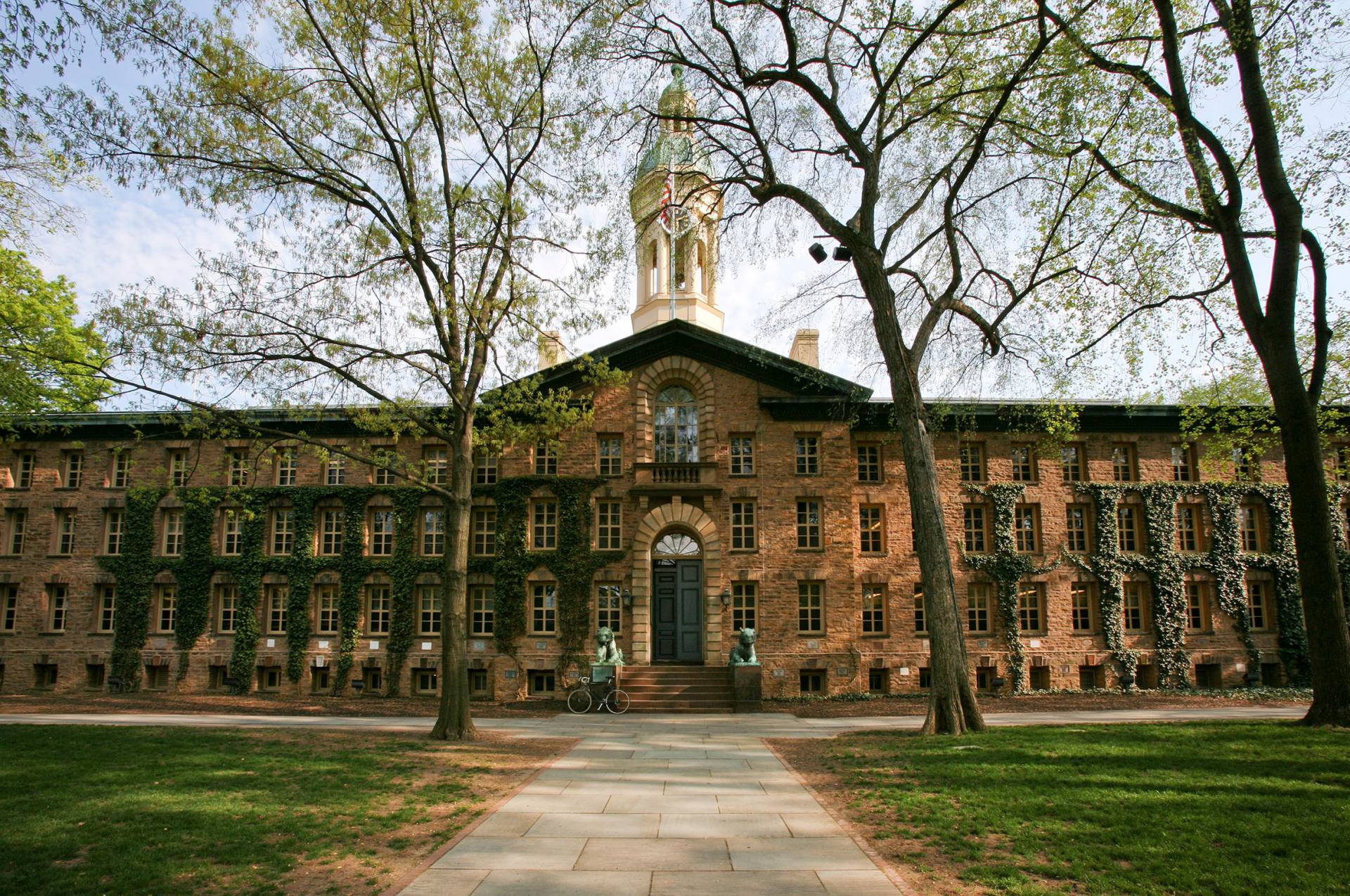 The awards will be bestowed at the Phi Beta Kappa induction ceremony, which will be held at 8:45 a.m. Monday, June 5, in Richardson Auditorium, Alexander Hall, immediately preceding the graduating seniors' Class Day ceremony.

The students define the criteria for excellence in teaching as skill in instruction, commitment to working with and building relationships with undergraduates, and the ability to spark students' intellectual interests. Each winner is presented with a plaque.

Amir Ali Ahmadi joined the Princeton faculty in 2014. His research focuses on algebraic methods in optimization, computational aspects of dynamics and control, and algorithms and complexity.

Senior Graham Turk extolled Ahmadi as embodying Princeton's dual mission of teaching and research, adding that "if the third pillar were fashion, he would embody that one as well." In the citation for the award, Turk wrote that Ahmadi's "incredible capacity for empathy" in caring that his students had an exceptional experience of learning and discovery was matched by his extreme approachability. Invariably, he noted, Ahmadi "went above and beyond to help us understand the concepts taught in his class," and that he "possesses an uncanny ability to explain complex proofs in a way that helps his students develop their own critical thinking arsenals." Such strengths help explain why, "in only three years, his undergraduate course has become one of the most popular in the registrar's catalog."

Turk also cited Ahmadi's dedication beyond the classroom. As an academic-athletic fellow for the men's varsity tennis team, "and as a former member of Iran's National Junior Team, I imagine the rest of the Ivy League is relieved he is not allowed on the court." Ahmadi also organized the Julia Robinson Mathematics Festival for middle-schoolers to hone their mathematics problem-solving skills. "I was inspired by Professor Ahmadi's selfless dedication to STEM outreach," Turk said. "The young students who attended were transfixed by the puzzles and brainteasers, helping to spark their critical interest in math at a young age."

Ahmadi's research accomplishments include solving a 20-year open problem in convex optimization. He recently was awarded a Sloan Fellowship and in 2016 won a Google Faculty Research Award and Princeton's Howard B. Wentz, Jr. Junior Faculty Award for excellence in research and teaching. Prior to joining the Princeton faculty, he was a Herman Goldstine Fellow at the IBM Thomas J. Watson Research Center. He received his B.S. from the University of Maryland and his Ph.D. from the Massachusetts Institute of Technology.

Christy Wampole has made a significant impact on the teaching and learning community at Princeton since joining the faculty in 2011. Senior Kevin Wong could "hardly think of a faculty member who more deserves an award for excellence in teaching," given Wampole's "rare ability to see the best in people, and to bring out the best when it isn’t readily apparent."

Wong greatly values Wampole's dedication to and skill in bridging "incongruous extremes" and diverse perspectives. As a popular essayist, professor and cultural critic, she "wants to remind her reader, and her students, that people aren't so dissimilar from one another," Wong wrote, "and that even amidst the most intractable of differences, understanding and empathy are always possible."

Wampole, Wong continued, "possesses all of the qualities important in a scholar: intelligence, ambition, verve. But underpinning all of this, and rarer by far, is an ability to bring people together. It's a characteristic that enriches and ennobles all of her work."

Specializing in 19th-, 20th-, and 21-st century French and Italian literature, Wampole received her Ph.D. from Stanford University. She spent a year at the École Normale Supérieure in Paris as a researcher and, from 2005 to 2010, served as managing editor of Modernism/Modernity, the official journal of the Modernist Studies Association.