The Princeton University chapter of Phi Beta Kappa will present its annual awards for excellence in undergraduate teaching to Nijah Cunningham, lecturer in the Humanities Council, African American studies and English, and Cotsen Postdoctoral Fellow in the Society of Fellows, and Corina Tarnita, assistant professor of ecology and evolutionary biology.

The awards will be bestowed at the Phi Beta Kappa induction ceremony, which will be held at 8:45 a.m. Monday, June 4, in Richardson Auditorium, Alexander Hall, immediately preceding the graduating seniors’ Class Day ceremony.

The students define the criteria for excellence in teaching as skill in instruction, commitment to working with and building relationships with undergraduates, and the ability to spark students’ intellectual interests. Each winner is presented with a plaque. 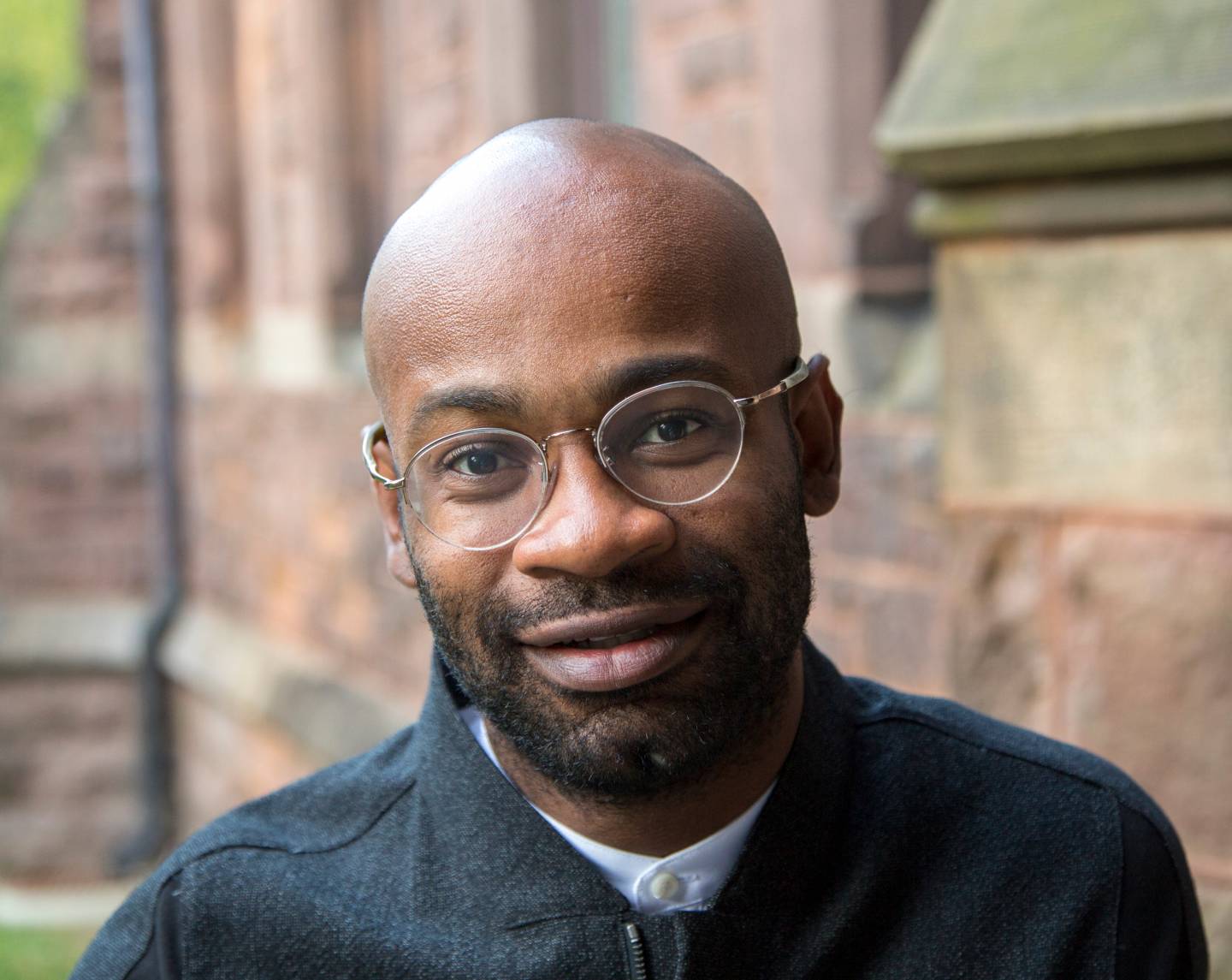 During his three-year term as a Cotsen Postdoctoral Fellow in the Society of Fellows, beginning in 2016, Nijah Cunningham has rapidly made a mark on Princeton students through his teaching and research in the departments of African American studies and English, and in his faculty fellow post at Mathey College, one of Princeton’s six residential colleges.

Cunningham, an expert on African American and African diasporic literature, taught senior Max Grear in his spring 2017 seminar, “Fictions of Black Urban Life.” Grear prized Cunningham’s skill in guiding students to “small epiphanies and open-ended questions” that challenged them to “recognize the value of uncertainty, to attend to messy contradictions, [and] to affirm the plurality of our interlocutors, predecessors, critics, peers, students, teachers.” Prized for his warmth, rigor and ability to “make the classroom a truly inclusive and participatory space,” Grear appreciated Cunningham’s dedication to making class content “exciting for seasoned humanities concentrators as well as relative newcomers.”

Grear noted Cunningham’s generosity and reciprocity in discussing ideas and interests with his students. Upon enrolling in his “Fictions of Black Life” course two weeks in to the semester, Cunningham invited Grear to his office for an introductory meeting. “Without a hint of professional distance, he asked me questions about my independent work and shared stories from his own research on black radical aesthetics and politics,” Grear recalled. “Since then, we’ve had a number of similar conversations and he has always expressed genuine curiosity about my classes, research and future plans, and has enthusiastically shared aspects of his own work with me. … Professor Cunningham has always treated me as an intellectual equal. It is clear that this attitude extends to all of his students.”

Cunningham came to Princeton from a teaching position at Hunter College, City University of New York. A scholar whose interests encompass black studies, performance studies, visual culture, gender and sexuality, and postcolonial criticism, his publications are featured in “Women & Performance: a journal of feminist theory,” “Small Axe: A Caribbean Journal of Criticism” and The Studio Museum of Harlem exhibition catalogue, “Fore.” Cunningham received his Ph.D. in from Columbia University and B.A. from Boston College, where he was a McNair Scholar. 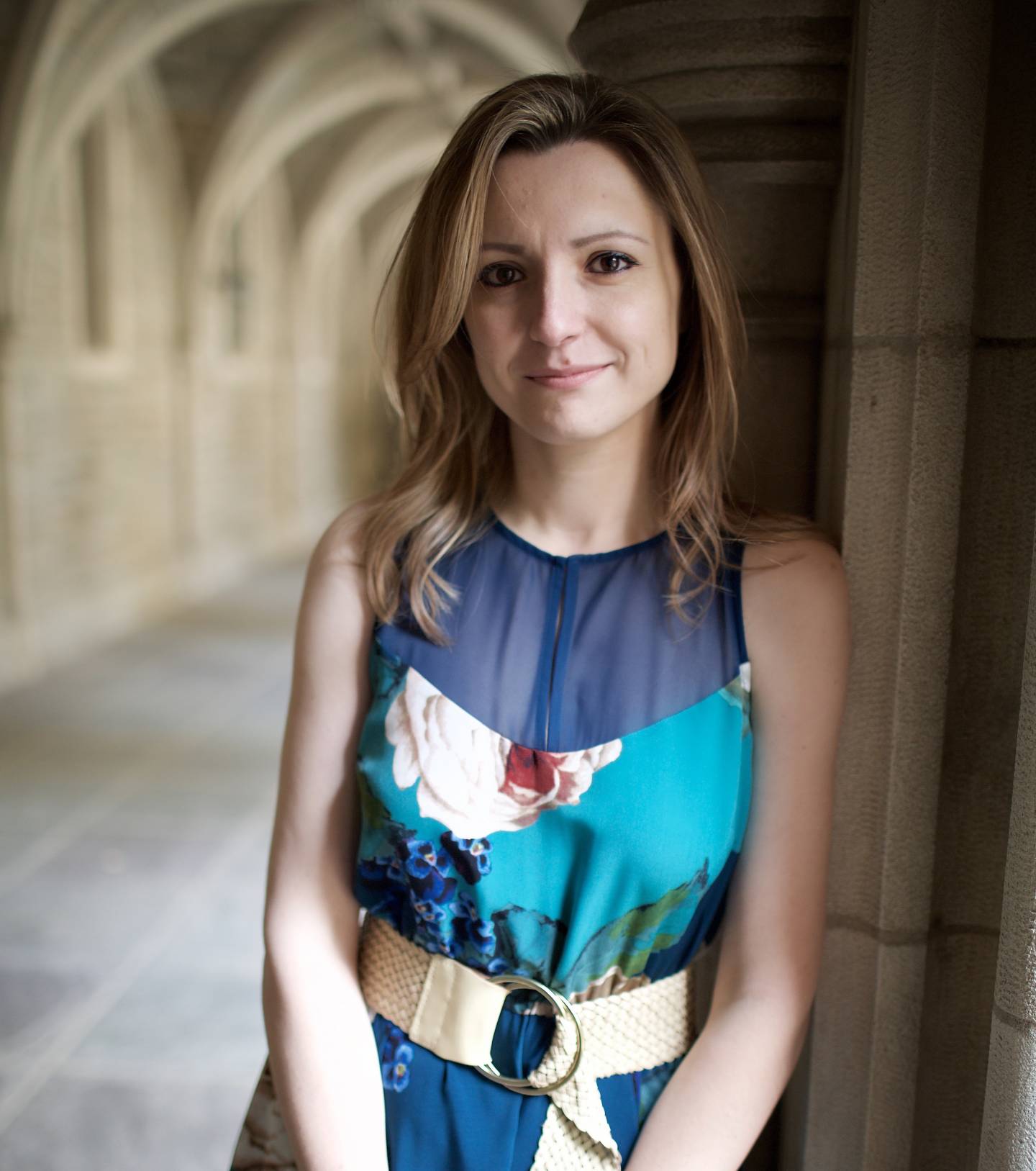 Noted for her “curiosity and passion,” Corina Tarnita has inspired the students she has taught and advised since she joined Princeton’s ecology and evolutionary biology department in 2013. As a student in her EEB 325 class, “Mathematical Modeling in Biology and Medicine,” senior Julie Pourtois appreciated Tarnita’s contagious “passion for all the subjects we covered” and “patience and enthusiasm” in helping every student — ranging from mathematics majors to those whose “use of math was restricted to determining the optimal combination of items at Late Meal” — grasp the material. “Her class,” Pourtois recalled, “was a unique combination of learning both the skills and the context in which they could be used.”

As part of the independent projects that students pursued during the latter half of the semester, Tarnita met with each class member individually. “The curiosity and interest she showed for each of our projects was incredibly rewarding and encouraged us to push ourselves as far as possible,” Pourtois noted. “It is the same curiosity and passion that make her an exceptional adviser and researcher. She always encouraged me to go further and ask more questions while consistently showing enthusiasm for my results.”

According to Pourtois, Tarnita’s mentorship modeled what women could and should aspire to in science. “Not only was Professor Tarnita essential to my academic development; she helped me build my identity in a field that is dominated by women at the undergraduate level but still led by men at the faculty level. She taught me that it was possible to be a scientist and a woman.” Pourtois attests that Tarnita’s support and encouragement will serve as an inspiration long after she graduates from Princeton.

Specializing in the organization and emergent properties of complex adaptive systems at multiple scales, from single cells to entire ecosystems, Tarnita came to Princeton from Harvard University, where she was a postdoctoral researcher and Junior Fellow with the Harvard Society of Fellows. She also received her B.A. and Ph.D. from Harvard. Her career honors include being named an Ecological Society of America Early Career Fellow, a Kavli Frontiers of Science Fellow of the National Academy of Sciences, and an Alfred P. Sloan Research Fellow.