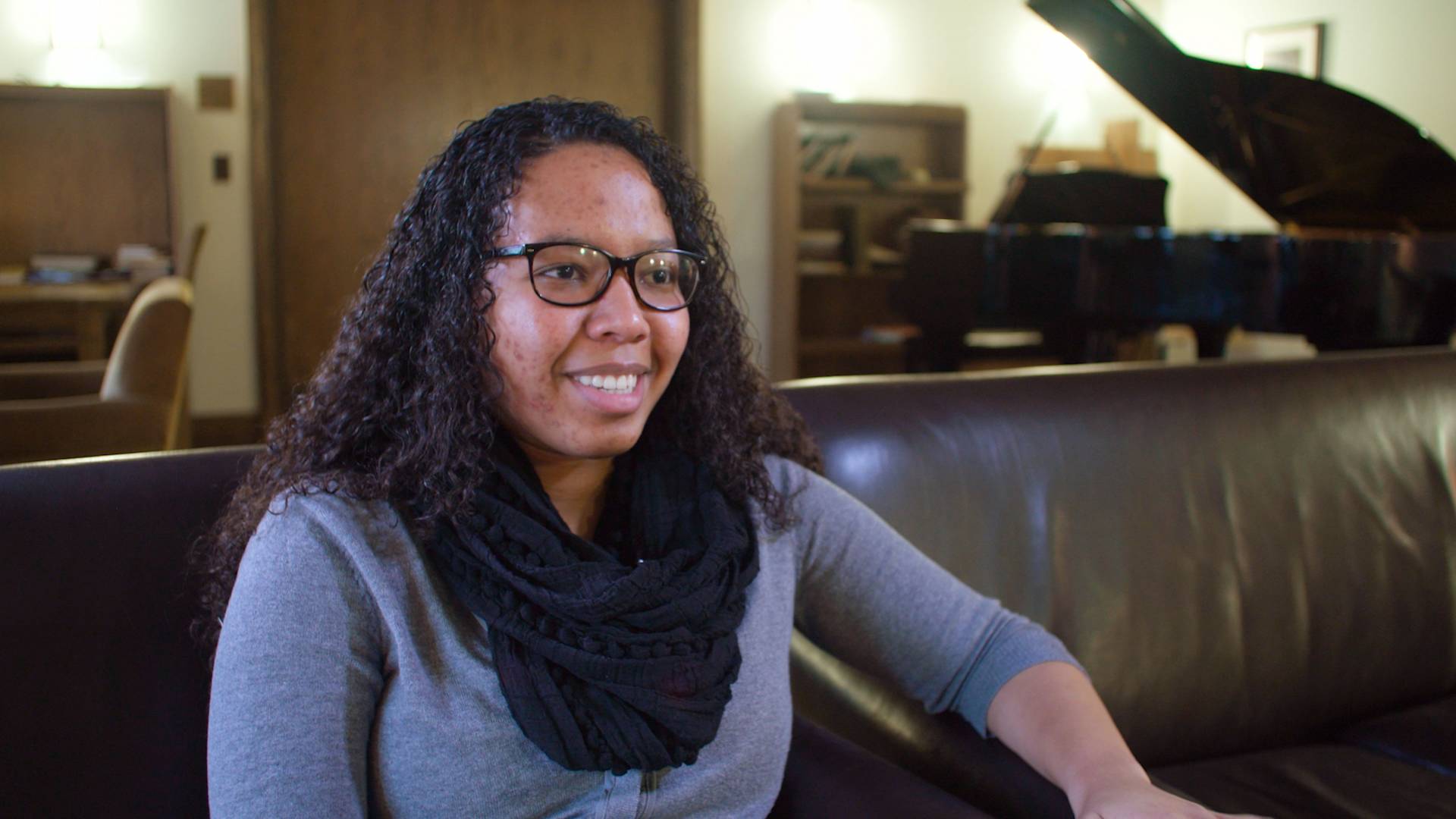 Junior Ana Patricia Esqueda discusses being a first-generation college student at Princeton, what it means to her family and how she’s found support at the University.

Born in Venezuela, Ana Patricia Esqueda moved to the United States in the fifth grade, speaking little English. She is now a junior at Princeton, the first in her family to attend college.

Esqueda grew up in Trenton, New Jersey, with her mom and extended family of aunts, uncles and cousins. She first visited campus during high school as a member the Princeton University Preparatory Program. PUPP is a free college prep program for high-achieving, low-income students who live in the Princeton area. Esqueda credits PUPP with inspiring her to consider selective universities, as well as helping her with college and financial aid applications.

"The hardest part of being first generation is that you, at least at home, don't have anyone who is guiding you," said Esqueda, a psychology major and member of Whitman College.

"My mom didn't know what a personal statement was. Or, she didn't know how to apply to financial aid," she continued. "It’s the little things where you take them for granted before you’re applying to college, but then when you’re applying … it's hard to even explain to your family."

Esqueda's mother, Santa Berroa, said her daughter's adjustment to life in the United States was not easy at first.

Said Berroa: "It was a difficult change for her to come from Venezuela to this country and encounter a language barrier. It was painful for me to know that she was in that situation."

But after watching her daughter flourish in high school and get accepted to college, Berroa said the sacrifices were worth it. Berroa's face fills with pride, and a few tears, as she recalls telling people her daughter attends Princeton.

"For the entire family, it's impressive how far we've come," Berroa said.

On campus, Esqueda has found a supportive community of other first-generation and low-income students. The number of FLI students, as they call themselves at Princeton, continues to grow. In the current first-year class, 17 percent are among the first in their families to attend college and 22 percent receive federal Pell Grants for low-income students.

Esqueda met fellow FLI students by participating in the Freshman Scholars Institute (FSI) before her first year. The longtime summer program introduces selected incoming students to Princeton, giving them the chance to experience academic and social life on campus prior to their first semester. She also is a member of the Scholars Institute Fellows Program (SIFP), which offers mentorship, academic enrichment, and a support network of faculty, staff and students to undergraduates during all four years on campus. There's no cost for FSI students receiving financial aid from the University, and SIFP participation is free.

She said the programs have been invaluable resource for a range of things — from internship applications to picking a major — that for some Princeton students might just be innate, but “to someone who is coming as a first-generation college student, you kind of need that guidance."

A version of this story is also available in Spanish. [Lea esta artículo en español.]