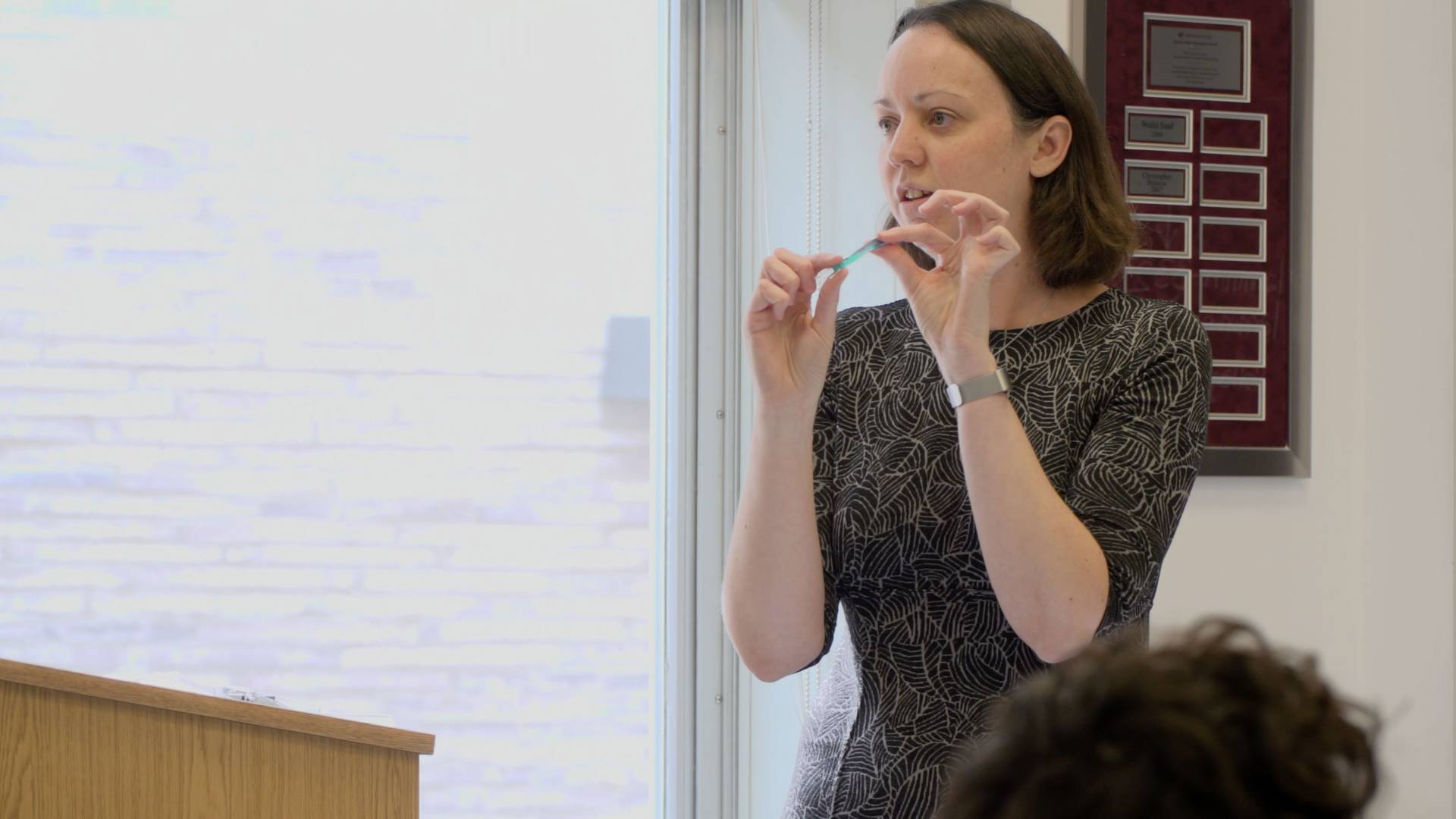 Princeton Profiles: Celeste Nelson, inspired by her students and the beauty of science

Celeste Nelson, a professor of chemical and biological engineering who studies how tissues and organs develop, finds beauty in science, passion in teaching and purpose in mentoring.

Inspired by an organism’s unique forms, she is drawn to the compelling images produced during the course of her research on tissue and organ development.

“My group is focused on trying to understand how populations of cells build the beautiful structures we see in our bodies and destroy those during disease,” said Nelson, a professor of chemical and biological engineering, shown in the video above. She is the principle investigator in the Tissue Morphodynamics Laboratory and her work has implications for illnesses such as asthma and cancer.

Nelson has been honored for her teaching with the 2016 President’s Award for Distinguished Teaching and the 2014 Distinguished Teaching Award from the School of Engineering and Applied Science. She was also an award recipient of the 250th Anniversary Innovation Fund, which allows faculty members to create new or reimagined courses in any subject at any level.

“The way I teach is to come up with a variety of ways to explain information to the entire population of students that we have,” Nelson said. “Some students learn best listening to lectures and taking notes. Others learn best by hands-on projects.”

For the 250th Anniversary Fund, Nelson created a proposal for an introductory course in bioengineering to investigate topics such as cloned cats, genetically modified organisms, pacemakers and insulin pumps to provide a hands-on, applications-based introduction to the field for both engineers and non-engineering students.

As dedicated to mentoring as she is to teaching, Nelson strives to be a role model for the graduate students in her lab.

“The graduate students challenge me every day to be a better teacher, a better mentor,” Nelson said. “Many come into research excited but a little bit unsure of themselves and there’s usually a moment when things just click, and they realize that they know enough to come up with a new solution to a problem, and seeing them find that confidence is so much more thrilling than any scientific discovery that I’ve had so far in my career.”