Firefighters were called to the Frist Campus Center at Princeton University early Saturday morning, Feb. 24, and put out a fire in the basement.

The building and adjoining Jones Hall were closed Saturday morning for about four hours, reopening at 9 a.m. 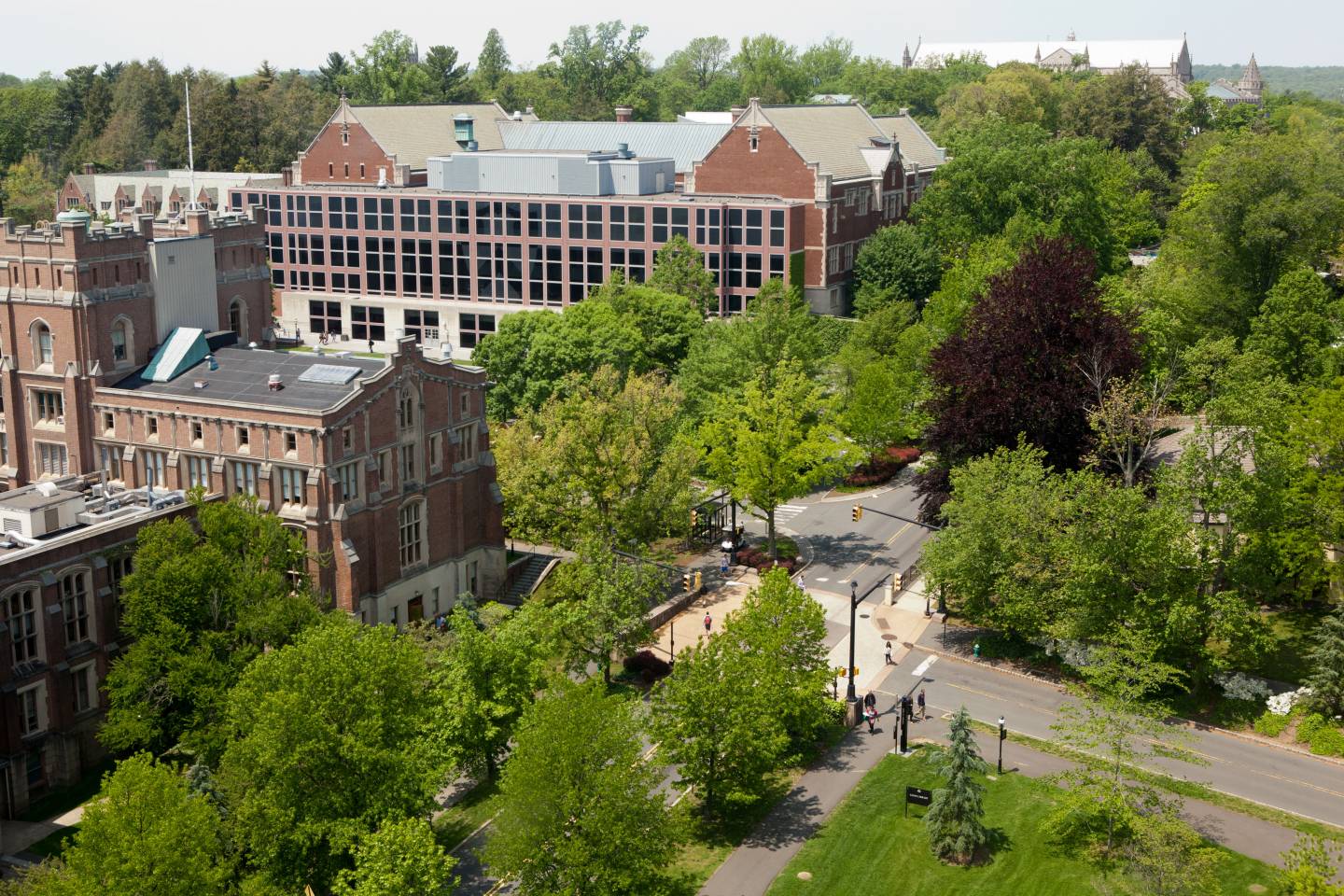 The Frist Campus Center is a hub for many student activities, a cafeteria, cafes, meeting rooms, classrooms and program offices. This view of the building is from the south, with Guyot Hall in the left foreground.

No one was injured.

University officials were inspecting Frist to assess damage. Initial reports were that the basement had water damage, and an odor of smoke was prevalent throughout the building. The damage was considered cosmetic and not structural.

A University employee who smelled smoke discovered the fire in a dryer used to dry tablecloths and other linens. The dryer is near the Frist loading dock.

The fire was reported at 4:48 a.m. and the five people in the building were evacuated. The fire was extinguished about 5:15 a.m.

Washington Road was closed near Frist for about two hours as firefighters staged their equipment outside the building.

UPDATE: Box catches fire at Wendell Hall; no one hurt

Arrests made in arson investigation