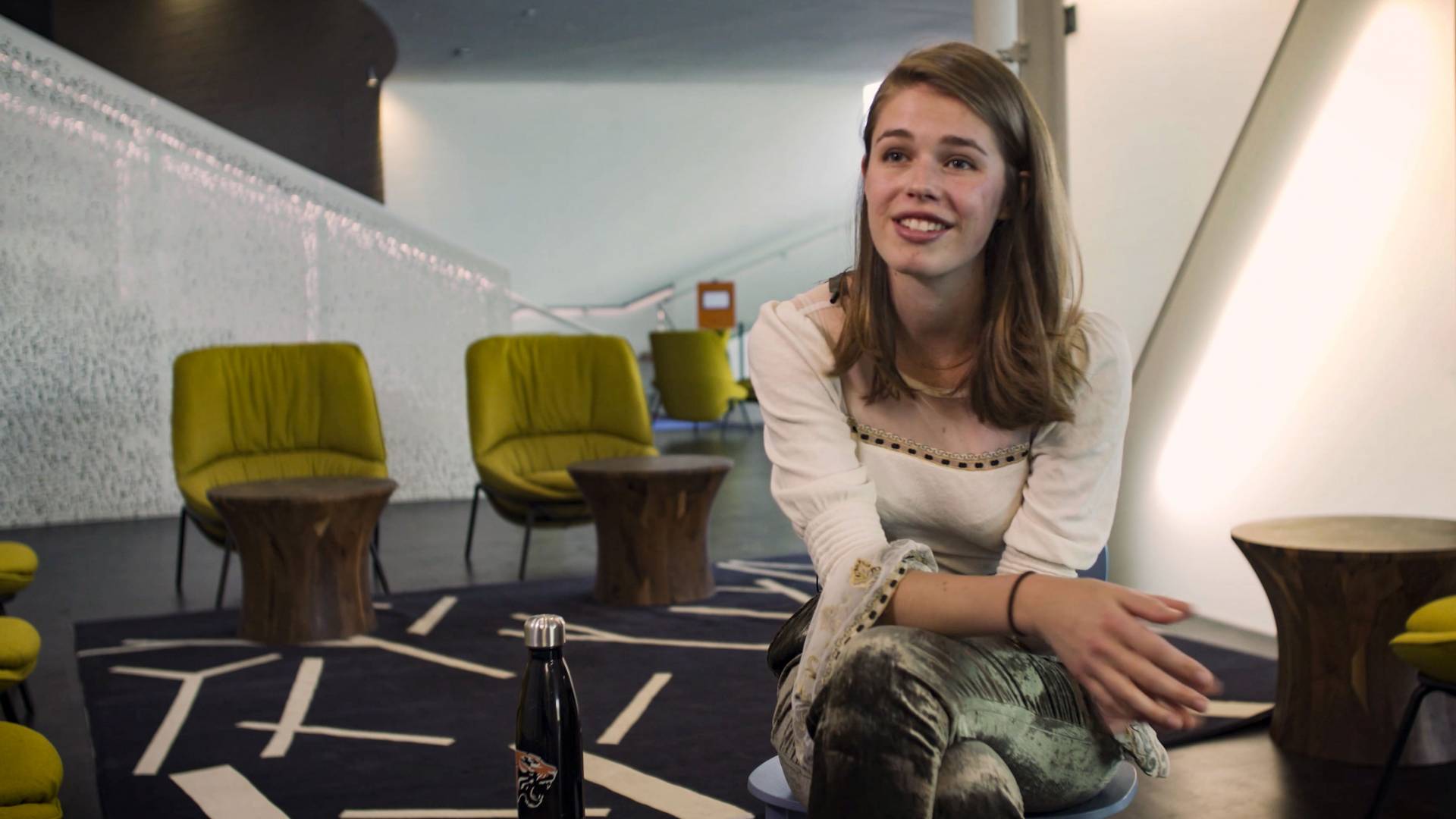 Nick Donnoli, Office of Communications
The Lewis Center for the Arts

Emma Watkins, who graduated in June, combined her interests in folklore, feminist music theater and environmental studies to write a play about the mythical Welsh figure Rhiannon.

At a Sunday afternoon performance of “Trailing Rhiannon” this spring, Emma Watkins of the Class of 2018 sat atop the balcony of the Wallace Theater, anxiously watching the performance. Watkins, an English major, is no stranger to the theater; she had been on stage many times throughout high school as well as during her time at Princeton. However, this time was different than the others; this time, Watkins wrote the piece that her peers were performing.

“I had the opportunity to see my words, but spoken by somebody else, which was exhilarating,” she said. “But it’s also completely terrifying because suddenly you’re vulnerable in a completely new way.”

Her first endeavor as a playwright, “Trailing Rhiannon” interweaves Celtic folk music with storytelling tradition to reimagine one of Welsh mythology’s most fiercely outspoken female protagonists. In writing the new play, Watkins drew from a number of interests and sources.

Her father is Welsh, and he shared stories from Welsh folklore when Watkins was growing up. Stacy Wolf, professor of theater in the Lewis Center for the Arts, piqued Watkins’ interest in feminist music theater study, and, as an English major at Princeton, Watkins has studied mythology and folklore as well as the performance of these stories. Watkins also received certificates in environmental studies, music theater and theater.

Inspired by these experiences, Watkins came upon Rhiannon and studied a number of recent translations of the original myths. Under the advisement of R.N. Sandberg, lecturer in English, theater and the Lewis Center for the Arts, Watkins began working on the play the summer before her junior year with a goal to achieve a production of it as her senior thesis.

“I gave myself the task of writing and reimagining Rhiannon’s story because I felt I had much to learn from her — as both an exemplary storyteller and as an outspoken and resilient female role model,” Watkins said. She received funding through the Lewis Center, the English department, and the Program in Environmental Studies to conduct research in Wales last summer. She visited historic sites, including those that relate to the Rhiannon myth, photographed the landscape, and recorded environmental sounds that developed into a soundscape that ran throughout the production.

Watkins has received a Fulbright grant to continue her study of mythology and storytelling next year. She will be pursuing a Master of Arts in Welsh and Celtic Studies at Cardiff University.

“I’ve realized that there are still many layers of this story to discover,” she said. “I decided to pursue postgraduate work in Wales so that I could continue to study these storytelling performances through the lens of my training in American music theater. The Fulbright award gives me the opportunity to have an intercultural learning experience: As I study Welsh mythology at Cardiff University, I’ll be collaborating with Welsh storytellers and musicians and continuing my own development as a playwright and scholar.”