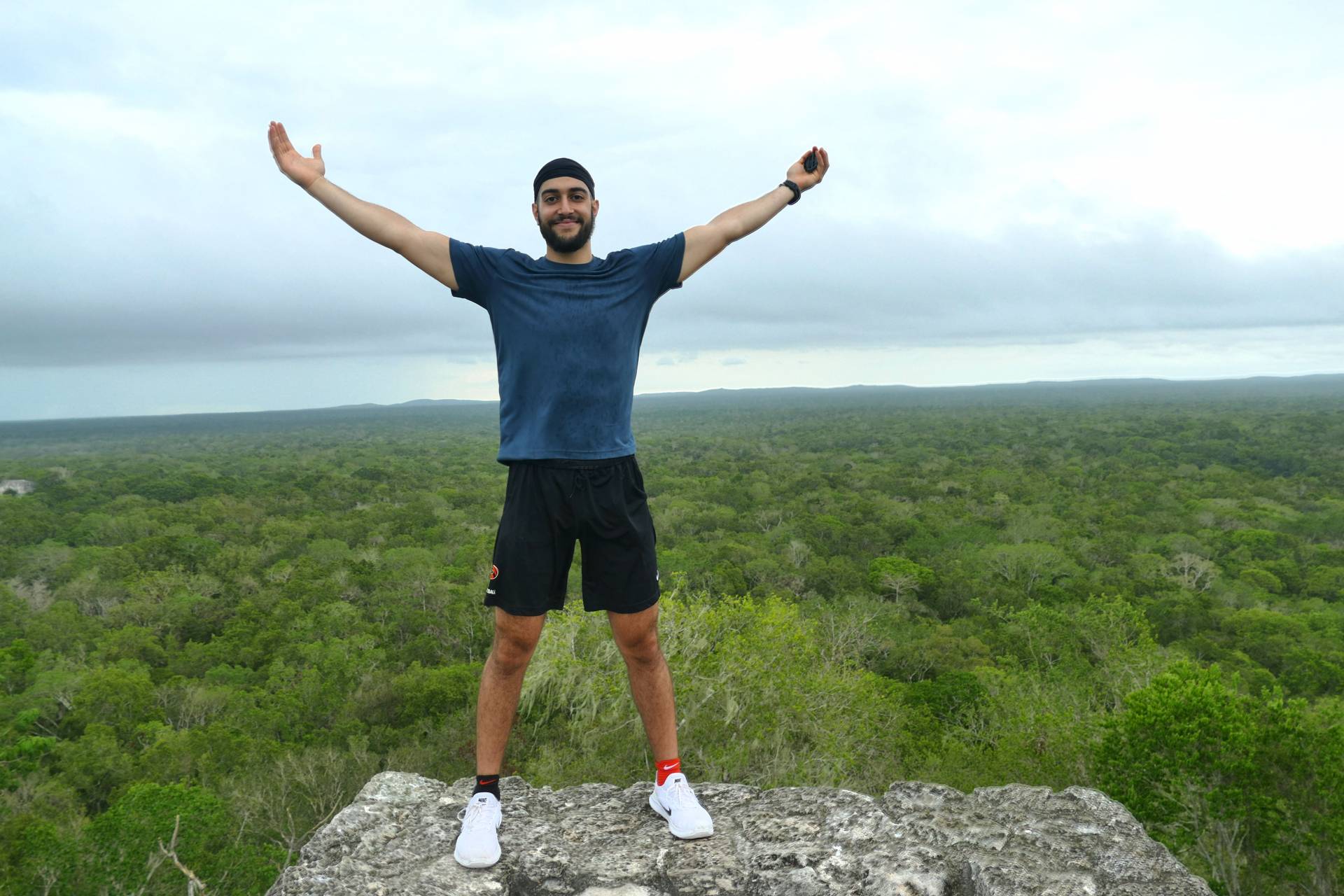 No days off for Princeton hoops

Members of the men’s basketball team have been spending the summer pursuing a range of activities around the world — while keeping exercise and nutrition in play. On a visit to the Calakmul Ruins in Mexico, Princeton student Elias Berbari climbed to the top of an ancient site overlooking the forest where he conducted daily research.

Many Princeton students study, travel or pursue internships around the world over the summer — but only a few follow diet guidelines and workout schedules.

Student-athletes from each of the 37 Princeton varsity teams are keeping up with weightlifting, skills practice and nutrition for their specific sports this summer.

Some members of the men’s basketball team offered a glimpse of how they’ve been spending time this summer while keeping exercise and nutrition in play.

For six weeks this summer, Elias Berbari, Class of 2019, made general environmental assessments and studied changing rainfall patterns and how they affect spider monkeys in the Calakmul Biosphere Reserve in Mexico.

Majoring in ecology and evolutionary biology and following a premedical track, Berbari wanted to get a head start on field research for his senior thesis. Operation Wallacea, a conservation research organization, provided the perfect opportunity.

“I was drawn to their Mexico project because of how unique the Yucatan Peninsula is, and because of how intelligent spider monkeys are,” Berbari said.

Spending long hours in the lab for data collection, Berbari was able to spot trends and found that spider monkeys have an affinity for ancient ruins due to the excess of fruit in those areas, which he says is a result of the intuitive agroforestry practices of the Maya. Outside the lab, he got a deep dive into the region’s culture thanks to field guides and local residents.

Unlike his teammates, Berbari spent a month-and-a-half abroad without social media, email, and, most importantly, a ball and a hoop.

For the first time since age 7, Berbari was away from basketball. A bit anxious about being able to keep up, he carved out time for yoga and meditation. He also relied on his own knowledge of workouts.

“Three years of workouts with our amazing strength coach, JD [James DeVincenzi], helped me because I had a lot of techniques … that I remembered from campus that didn’t require any fancy gym equipment,” Berbari said.

So he got creative.

Throughout his trip, his aptly named “Jungle Gym” routine consisted of mid-distance running and sprints (with wildlife along the route), pull-ups on a sturdy wooden bar in the lab and using particularly heavy rocks for squats and core work — all within a small window of time each day when the temperature was below 100 degrees.

“All in all, it was really fun being forced to get creative with little-to-no equipment, and it was a unique physical and mental test,” he said.

Back on U.S. soil, Berbari is eager to return to the game he knows and loves. He recognizes just how much he learned on the trip.

“I’m very excited to be home to get back to basketball and a proper strength and diet regimen, but six weeks in such an isolated, beautiful area provided an amazing, widening perspective that improved my worldview as a whole,” Berbari said. 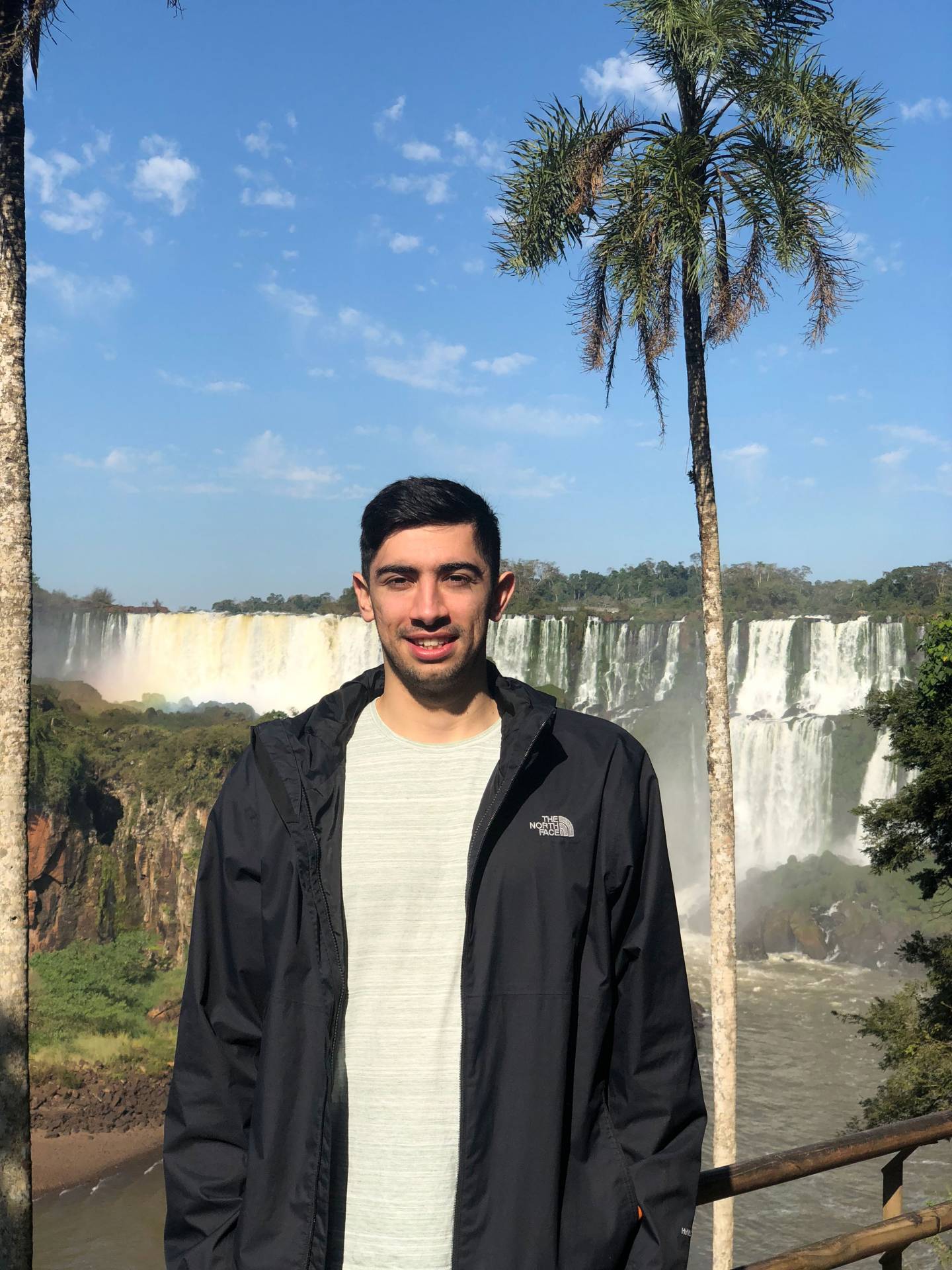 Throughout the course of his internship this summer, Vittorio Reynoso-Avila traveled to many parts of Argentina, including the northern region of Iguazú Falls.

Vittorio Reynoso-Avila, an economics major and a member of the Class of 2020, traveled to Buenos Aires this summer, working for Proficio Investments, with a heavy focus on corporate evaluations.

It wasn’t hard for Reynoso-Avila to pick Argentina as his destination — he loves learning about other cultures and is looking forward to completing a certificate in Spanish at Princeton.

Along with the new job and a new environment comes a new daily regimen for weightlifting and playing basketball after work.

“I enjoy the routine of going to the gym and feeling productive at the end of every day,” Reynoso-Avila said.

In addition, with the help of his coaches, he got in touch with Obras Sanitarias, a basketball club in the Núñez district of Buenos Aires.

“That [team] has helped me find gym time and a competitive environment,” Reynoso-Avila said.

He has also spent a lot of time watching sports — not just basketball, either.

He tuned in and watched every NBA Summer League basketball game — but there was a more popular sporting event going on this July: the soccer World Cup.

During work hours, fellow employees would gather to watch the game, order some empanadas and, as Reynoso-Avila said, “watch all of the pre-game performances as if they are getting mentally prepared for the game alongside the players.”

Reynoso-Avila credits the one of the team’s faculty fellows, Gene Grossman, the Jacob Viner Professor of International Economics, for assisting with his placement and helping him get situated.

Jerome Desrosiers, Class of 2021, studied in Mauritius for six weeks as part of the PIIRS Global Seminar “African Modernities: Culture, Politics and Citizenship,” taught by Simon Gikandi, the Robert Schirmer Professor of English. 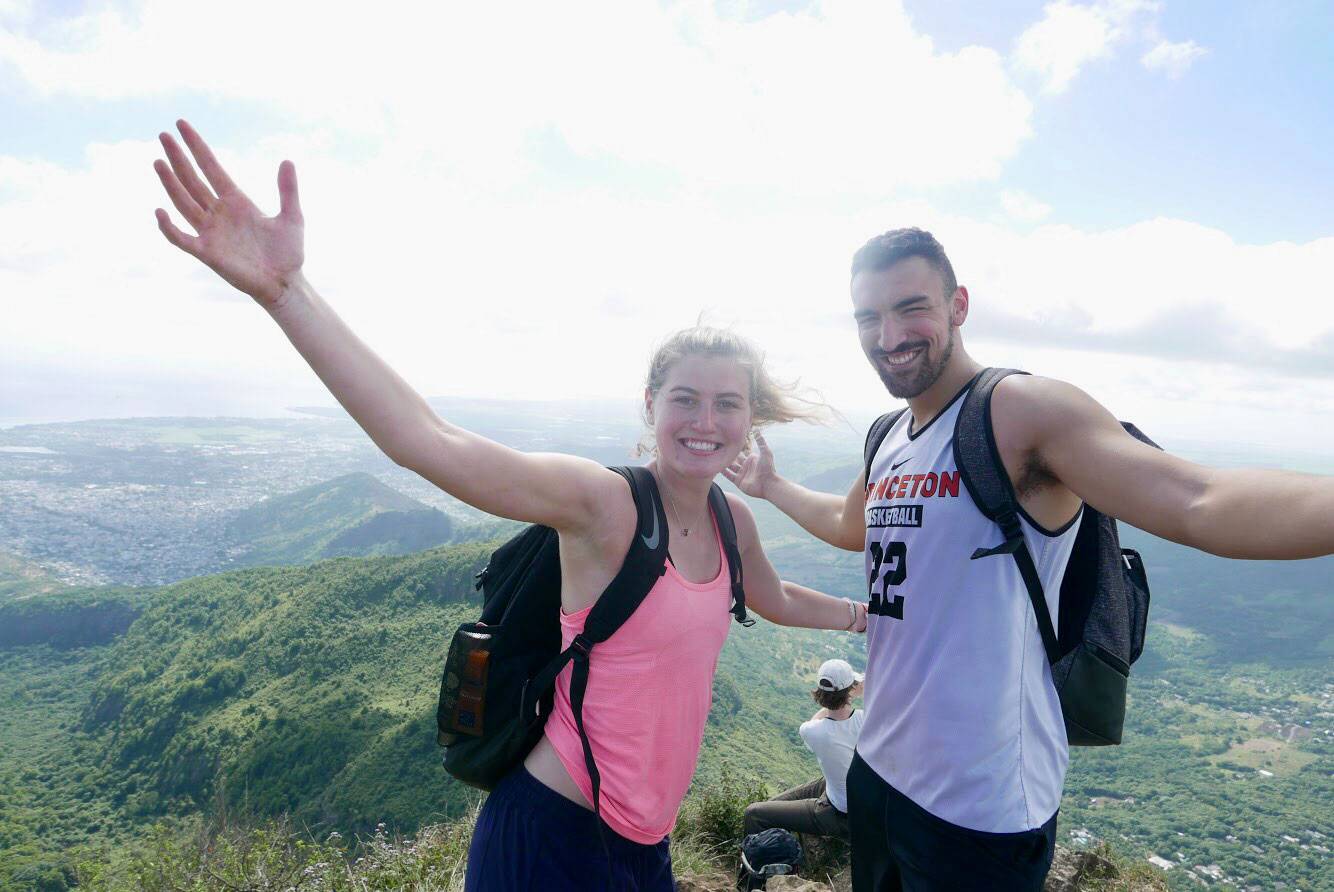 “We learned a lot about what is defined as modernity and how it affects our lives,” Desrosiers said. “We also wanted to see how big ‘westernization’ is here in Africa, and if the continent can move away from it to have its own version of modernization.”

Learning Creole was another facet of the trip. Because he speaks French, Desrosiers was able to pick it up pretty easily. He said he got two important sentences down pat: “Bonzour, Ki maniere?” which translates to “Hi, how are you?” and “Eski mo kapav pren enn selfie ek ou?” which means “Can I take a selfie with you?”

A member of the women’s basketball team, Taylor Baur, Class of 2020, also took the course. Having two players needing to stay on a workout schedule made things easier, as they were able to practice one-on-one and travel to and from the courts together.

Baur, a sociology major, said they found fun ways to do a typical workout. For instance, instead of running on a track or a treadmill, the duo took to sugar cane fields and parking lots for sprints and long runs.

Along with the other students in the seminar, “We have gone on two incredible hikes with surreal views, and swam with dolphins in the Indian Ocean,” Baur said.

Desrosiers said, “The hardest thing has been nutrition.” He thoroughly enjoyed the hearty chicken and rice and sought additional fruits and vegetables. But with a limit of one plate per meal, he quipped, “I need a lot of food.” 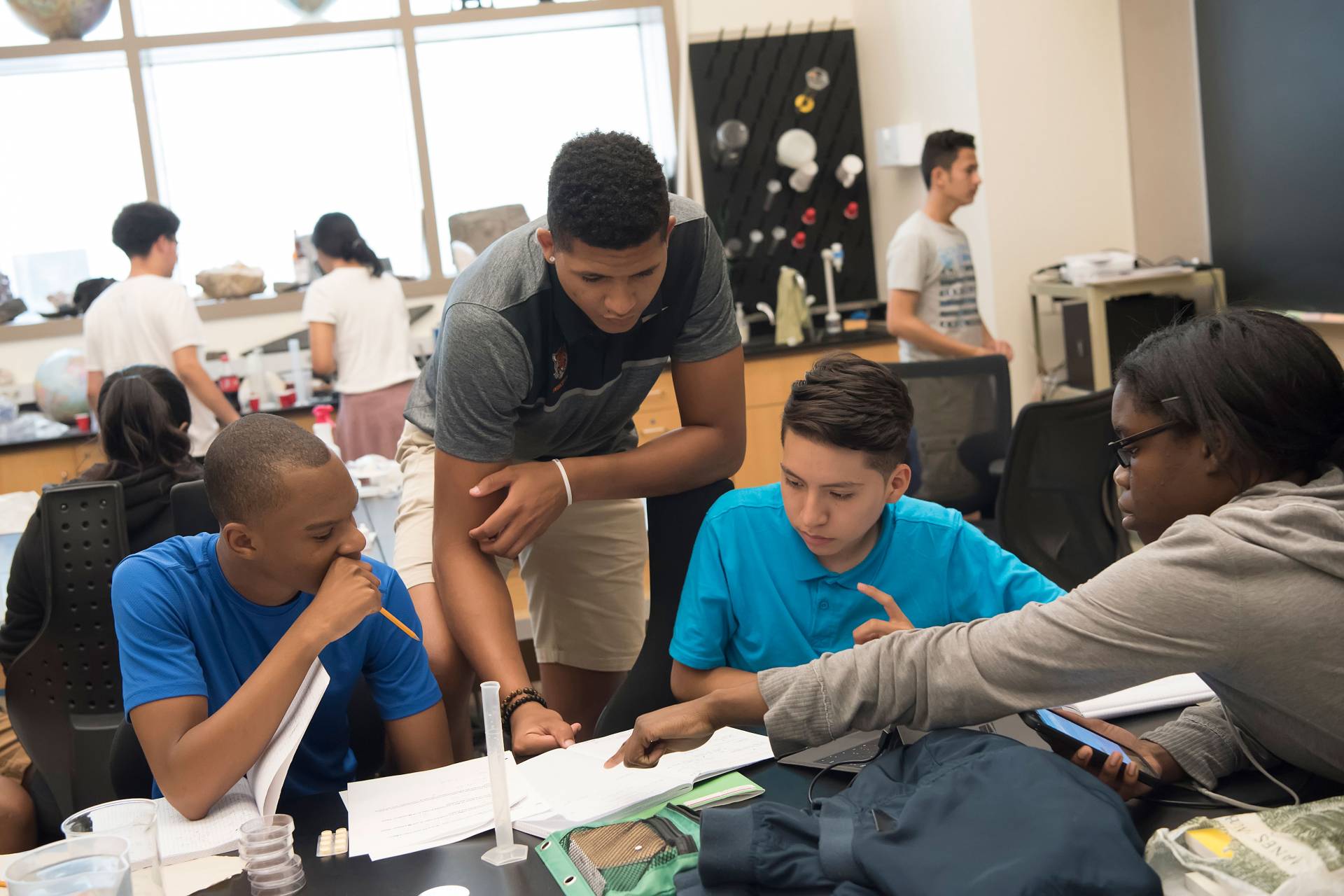 One player is keeping things simple this summer by staying local. Elijah Barnes, Class of 2021, is working as a teacher’s assistant with the Princeton University Preparatory Program (PUPP). The program assists high-achieving, low-income students in Mercer County prepare for success in college and beyond.

Barnes wanted to work with PUPP, he said, because he realized that his stability at home as well as success in athletics helped him with his academics overall, so assisting scholars who are academically gifted is “incredible.”

Further, he said that he is “extremely interested in social mobility and the issues that plague our current society,” so PUPP was a great way to pair his interests and make a positive impact on his community.

Barnes’ workouts come by a little more easily with Jadwin Gym right here on campus, and while Ivy League rules don’t allow much player-to-coach interaction during the off-season, he can still get in lifting and conditioning with the team’s strength coach, James DeVincenzi.

As for sticking around on campus for the summer while most students opt to go home or study abroad, Barnes is loving it. “There is never a dull moment … being on campus every day is nothing but a benefit.”

The 2018-19 season starts for the Tigers with the first official practice on Sept. 29.