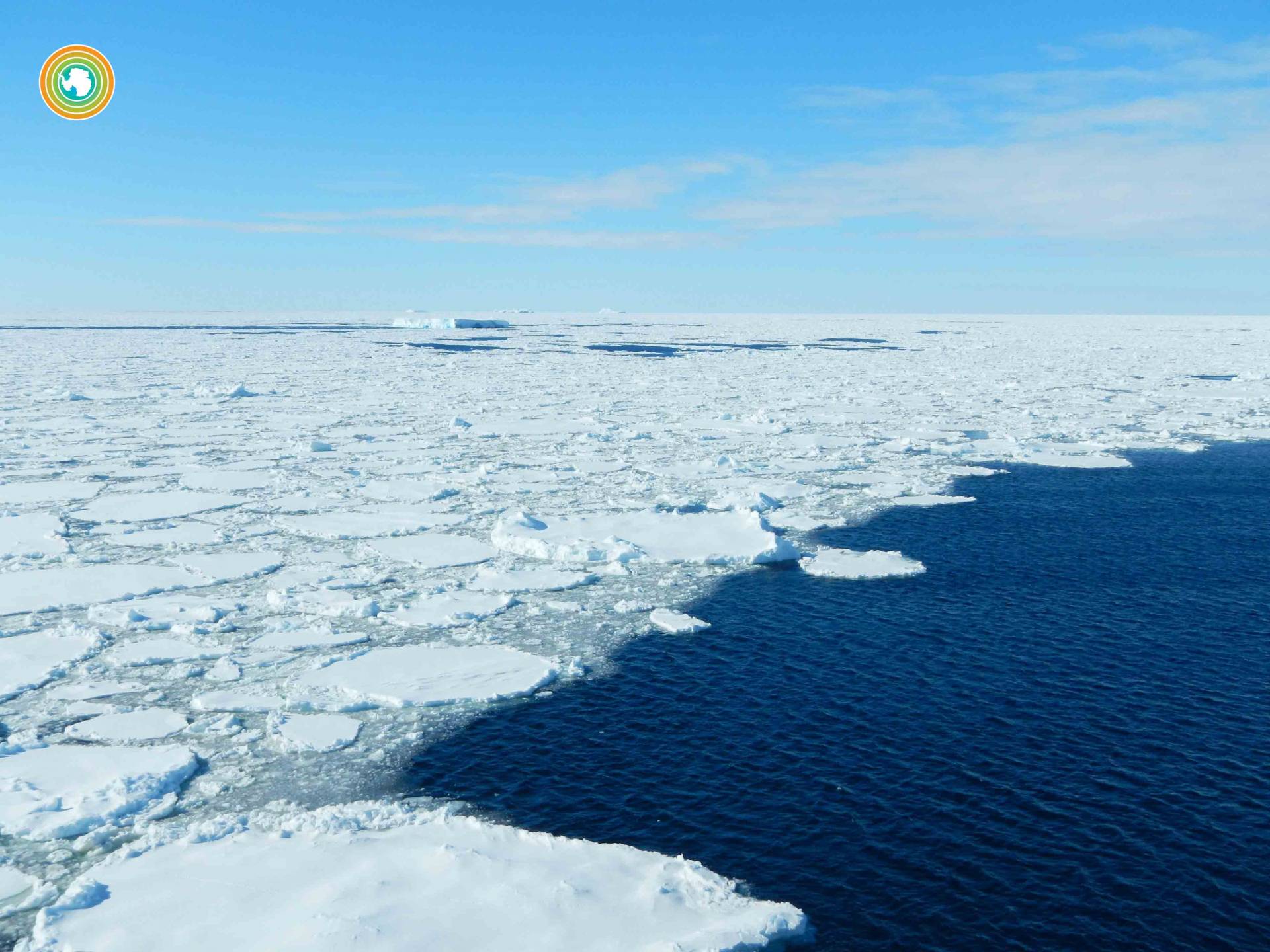 Autonomous floats deployed in the Southern Ocean provide the first comprehensive data to suggest that the open water near Antarctic sea ice releases significantly more carbon dioxide in winter than previously thought. This photo was taken in January, during the Southern Ocean summer, when the floats were deployed. The higher-than-expected outgassing was seen in the stormier winter months.

Photo by Hannah Zanowski/University of Washington

The Southern Ocean surrounding Antarctica is regarded by scientists as a large and crucial absorber of carbon dioxide from the atmosphere. New findings from autonomous floats deployed in the Southern Ocean, however, provide the first comprehensive data to suggest that, in winter, the open water nearest the sea ice surrounding Antarctica releases significantly more carbon dioxide into the atmosphere than previously thought.

The study was published Aug. 14 in the journal Geophysical Research Letters by researchers from the Princeton University-based Southern Ocean Carbon and Climate Observations and Modeling (SOCCOM) project, which is funded by the National Science Foundation (NSF) and administered by the Princeton Environmental Institute (PEI). SOCCOM includes 23 senior researchers at 13 institutions. 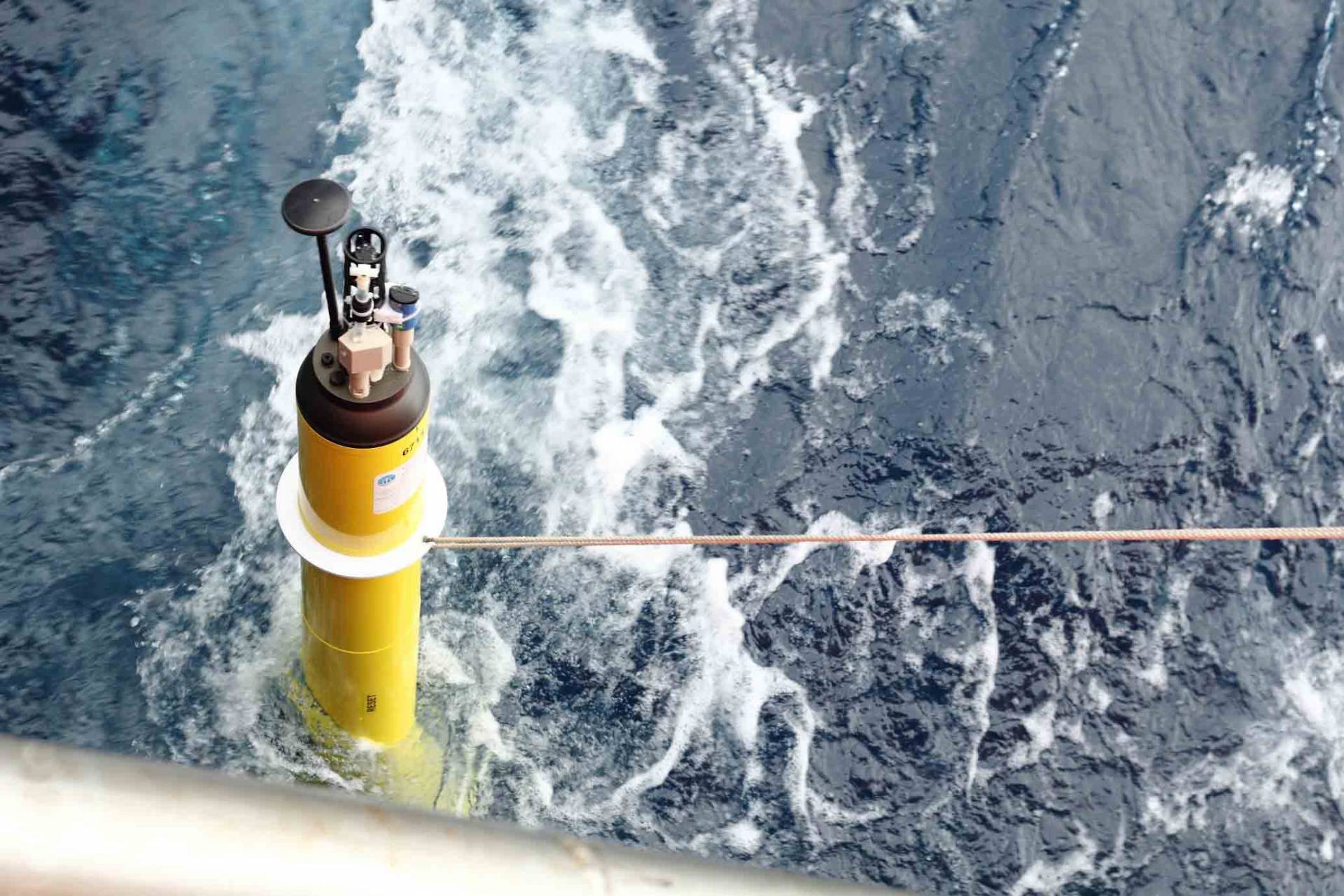 The high-tech SOCCOM floats were built at the University of Washington and then deployed in the Southern Ocean.

"These results came as a really big surprise because previous studies found that the Southern Ocean was absorbing a lot of carbon dioxide," said first author Alison Gray, an assistant professor of oceanography at the University of Washington (UW) who conducted the research as a postdoctoral researcher with Sarmiento, who is also associated faculty in PEI. Seth Bushinsky, a postdoctoral research associate in Princeton's Program in Atmospheric and Oceanic Sciences, is a co-author on the paper.

"We underestimated the magnitude of the outgassing because we had so little data from the winter months. That means the Southern Ocean isn't absorbing as much carbon as we thought," Gray said. "If that's not true, as these data suggest, then it means we need to rethink the Southern Ocean's role in the carbon cycle and in the climate."

"We find that the Southern Ocean is currently near neutral with respect to removal of carbon from the atmosphere, contrary to previous studies which suggest there is a large uptake of carbon by the Southern Ocean," Sarmiento said. "These results can be reconciled if there is a corresponding unobserved carbon uptake waiting to be discovered somewhere else in the ocean." 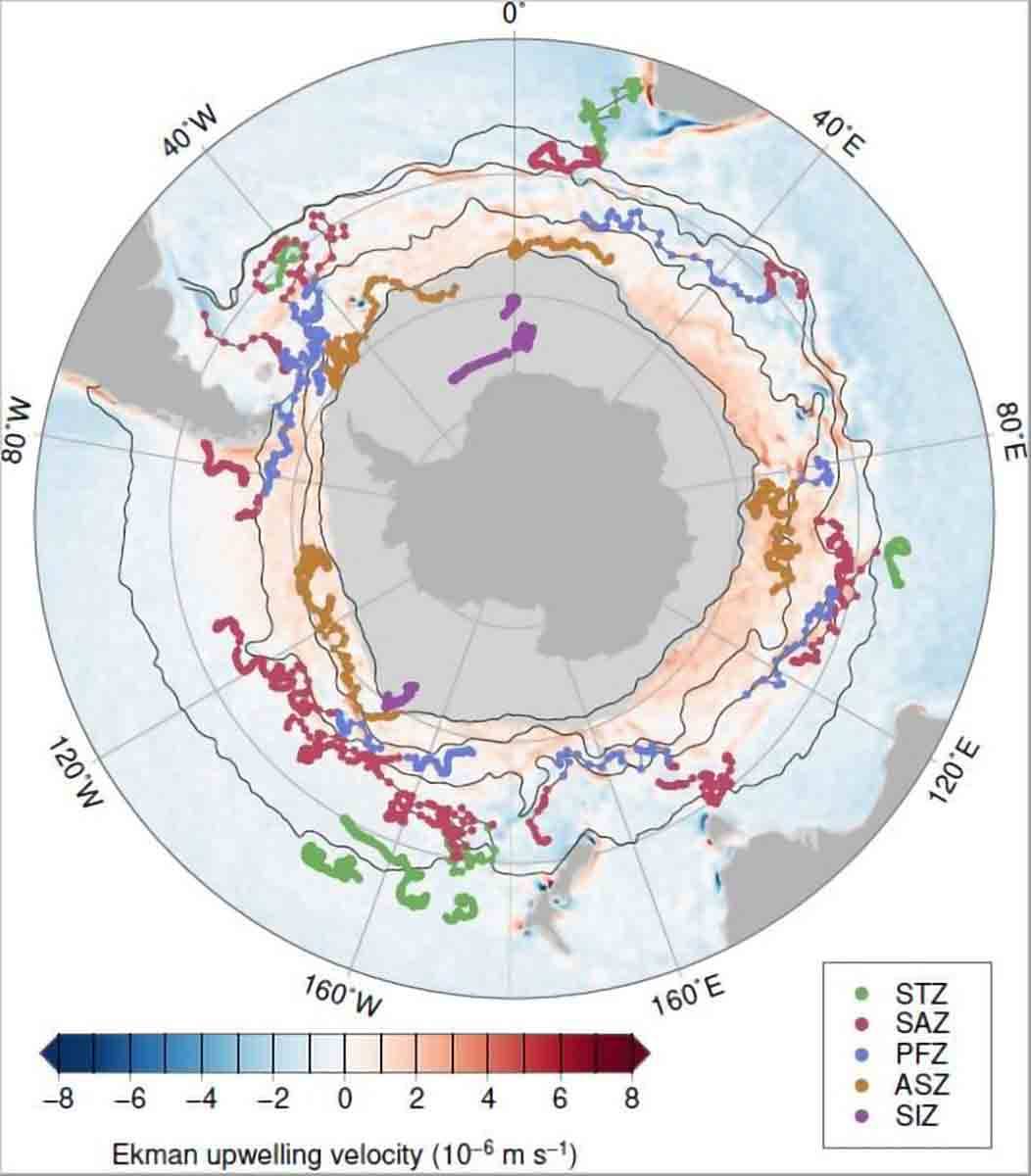 Graphic by Alison Gray/University of Washington

SOCCOM currently has more than 100 biogeochemical floats — from a goal of approximately 200 — that transmit carbon, nutrient and oxygen data in order to better understand the function and chemistry of the Southern Ocean and determine its influence on climate.

"This is science at its most exciting — a major challenge to our current understanding made possible by extraordinary observations from the application of new technologies to study previously unexplored regions of the ocean," Sarmiento said.

Previous observations and data related to the Southern Ocean had been overwhelmingly gathered during the summer months when the region is most accessible, Gray said. The SOCCOM floats, which drift with deep-ocean currents and independently rise to the surface to transmit readings, have been able to gather data during the harsh winter season, which remains poorly studied.

"After four years of SOCCOM, the vast majority of information about the chemistry of the Southern Ocean is coming from these floats," Gray said. "We have more measurements from the past few years than all the decades that came before."

Previous winter measurements in the region had come mainly from ships traveling across the Drake Passage to supply Antarctic research stations. Storms in Antarctica are some of the fiercest on the planet. In winter, the circumpolar current and winds rip around the continent with no barrier to slow them. The average storm lasts four days, Gray said. The average time between storms is seven days. "In winter, it's very stormy, the winds are extremely strong, and it's dark," Gray said. "It would be a pretty unhappy place to be on a ship."

The SOCCOM project was launched because the Southern Ocean also plays a unique role in the climate. Water that has spent centuries in the deep ocean travels up to the surface to rejoin surface currents and interact with the atmosphere.

The SOCCOM floats measure ocean temperature and salinity, as well as dissolved oxygen, nitrogen and pH. They drift with the current and can control their buoyancy to collect observations at different depths. The instruments dive down to 1 kilometer and float with the currents for nine days. Next, they drop even farther, to 2 kilometers, and then rise back to the surface while measuring water properties. After surfacing they beam their observations back to shore via satellite.

The current study used pH measurements collected by 35 floats between 2014 and 2017 to calculate the amount of dissolved carbon dioxide, then used that to figure out how strongly the water is absorbing or emitting carbon dioxide to the atmosphere.

Gray is now analyzing newer data from more instruments to identify seasonal or multiyear trends, where the patterns might change from one year to the next, she said. "There is definitely strong variability on decadal scales in the Southern Ocean," Gray said. "And the models are really all over the place in this region. The SOCCOM floats are now providing data at times and places where before we had virtually nothing, and that is invaluable for constraining the models and understanding these trends."

Obtaining this kind of data is extremely difficult to do in the South Ocean, which is among the world’s most turbulent bodies of water, but it is vital to building a comprehensive global picture of how atmospheric carbon dioxide interacts with the polar oceans.

"Antarctic waters, until now, have been a data-poor region for these kinds of measurements," said Peter Milne, program manager for ocean and atmospheric science at the NSF Office of Polar Programs, which manages the U.S. Antarctic Program that coordinates all American research on Antarctica.

"SOCCOM, using technologies that previously were unavailable to researchers, already is proving its worth by gathering information that otherwise would remain largely unobtainable," Milne said.

Morgan Kelly of the Princeton Environmental Institute and Hannah Hickey of the University of Washington contributed to this story.