Sir David Adjaye of Adjaye Associates has been selected as design architect, in collaboration with Cooper Robertson as executive architect, for the new Princeton University Art Museum. 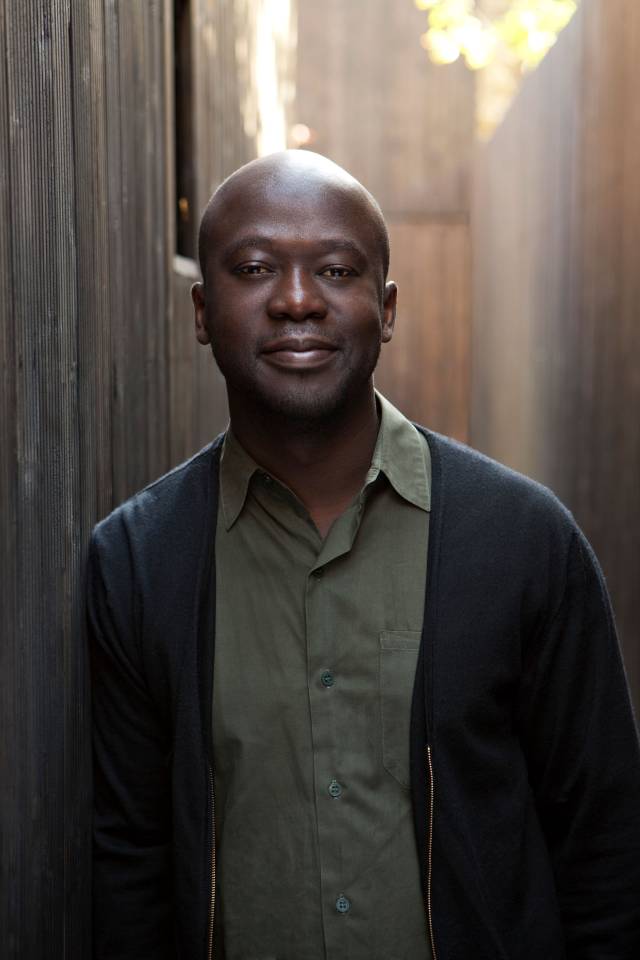 The new museum building, located on the museum's current site in the center of campus, will present dramatically enlarged space for the exhibition and study of the museum’s encyclopedic collections, special exhibitions and art conservation, as well as object-study classrooms and office space for the 100-person museum staff.

“Sir David Adjaye is a renowned architect who has designed superb buildings for some of the world’s most admired cultural institutions,” said Princeton President Christopher L. Eisgruber. “Having taught on this campus, he understands fully what the University and the art museum are looking to accomplish. I am thrilled that Adjaye Associates and their skilled collaborators at Cooper Robertson will serve as the architects for this project.”

Adjaye is the principal and founder of Adjaye Associates, with offices in London; New York; and Accra, Ghana, and projects in the United States, United Kingdom, Europe, Africa, Asia and the Middle East.

Adjaye was born in Tanzania to Ghanaian parents and his influences range from contemporary art, music and science to African art forms and the civic life of cities. His work spans residential, commercial, corporate, retail and arts and civic institutions. He is also known for his frequent collaboration with contemporary artists on installations and exhibitions.

Most notably, he designed the central pavilion and main exhibition spaces for the 56th Venice Art Biennale with curator Okwui Enwezor in 2015. His largest project to date, the Smithsonian National Museum of African American History and Culture, opened on the National Mall in Washington, D.C., in fall 2016 and was named Cultural Event of the Year by The New York Times and Beazley Design of the Year by London’s Design Museum. From 2008 through 2010, Adjaye was a visiting professor at Princeton.

In 2017, Adjaye was knighted by Queen Elizabeth II and was recognized as one of the 100 most influential people of the year by TIME magazine. He received the Wall Street Journal Innovator Award in 2013 and the 2016 Panerai London Design Medal from the London Design Festival.

"Adjaye Associates and Cooper Robertson, both prominent architects in their own right, have teamed up to bring a creative and innovative approach to the design of the art museum project," said KyuJung Whang, vice president for facilities at Princeton. "Both firms are well-known for developing museums that are not only architecturally meaningful but are inspirational and highly responsive to the needs of the building constituents, are open and welcoming, and are sensitive to the environment."

“We are delighted to be chosen to shape the future of the Princeton University Art Museum, one of the finest university art museums and among the oldest art collecting institutions in America," Adjaye said. "Defining a powerful center of cultural gravity at the heart of one of the greatest universities in the world, the new Princeton University Art Museum building will engage with its campus and vibrant communities through a new synthesis of art, learning and social opportunities.

"The reimagined museum will be the cultural gateway between Princeton University, its students, faculty and the world, a place of mind-opening encounter with art and ideas ‘in the service of humanity,’" he said. "We are deeply honored to be part of the next chapter of its history.”

“Sir David Adjaye is among the most exciting architects working today, whose work operates in diverse ways, but whose museum work always begins with the object,” noted James Steward, the Nancy A. Nasher—David J. Haemisegger, Class of 1976, Director of the art museum. “We look forward to shaping a facility that is worthy both of Princeton and of the extraordinary collections now in our care.”

Highlights of Adjaye Associates' work include the Nobel Peace Center in Oslo, Norway, the Ethelbert Cooper Gallery of the Hutchins Center for African and African American Research at Harvard University and the Sugar Hill mixed-use social housing and museum scheme in Harlem, New York. Ongoing work includes the Ruby City art center for the Linda Pace Foundation in San Antonio, the new home for the Studio Museum in Harlem, the UK Holocaust Memorial and Learning Centre next to the Houses of Parliament in London, as well as the National Cathedral of Ghana in Accra and the headquarters of the International Finance Corporation in Dakar, Senegal.

Cooper Robertson, an award-winning firm based in New York City, practices architecture and urban design with both disciplines working together at a range of scales. Recent projects include the Whitney Museum, Art Institute of Chicago, Cleveland Art Museum, Metropolitan Museum of Art and Museum of Modern Art.

Cooper Robertson and Adjaye Associates have collaborated on several projects over the past several years.

About the Princeton University Art Museum

With a collecting history that extends back to 1755, the Princeton University Art Museum is one of the leading university art museums in the country, with collections that have grown to include over 100,000 works of art ranging from ancient to contemporary art and spanning the globe.

Committed to advancing Princeton’s teaching and research missions, the museum also serves as a gateway to the University for visitors from around the world. Intimate in scale yet expansive in scope, the museum offers a respite from the rush of daily life, a revitalizing experience of extraordinary works of art, and an opportunity to delve deeply into the study of art and culture.

The museum is located at the heart of the Princeton campus, a short walk from the shops and restaurants of Nassau Street. Admission is free. Museum hours are Tuesday, Wednesday, Friday and Saturday 10 a.m. to 5 p.m.; Thursday 10 a.m. to 9 p.m.; and Sunday 12 p.m. to 5 p.m. The museum is closed on Mondays and major holidays.

Perspective on: Inspirations of African art