On Oct. 30, 1938, Orson Welles made a scandalous live radio broadcast of a Martian landing in Grover’s Mill, a section of West Windsor, New Jersey, just over 4 miles from Princeton. 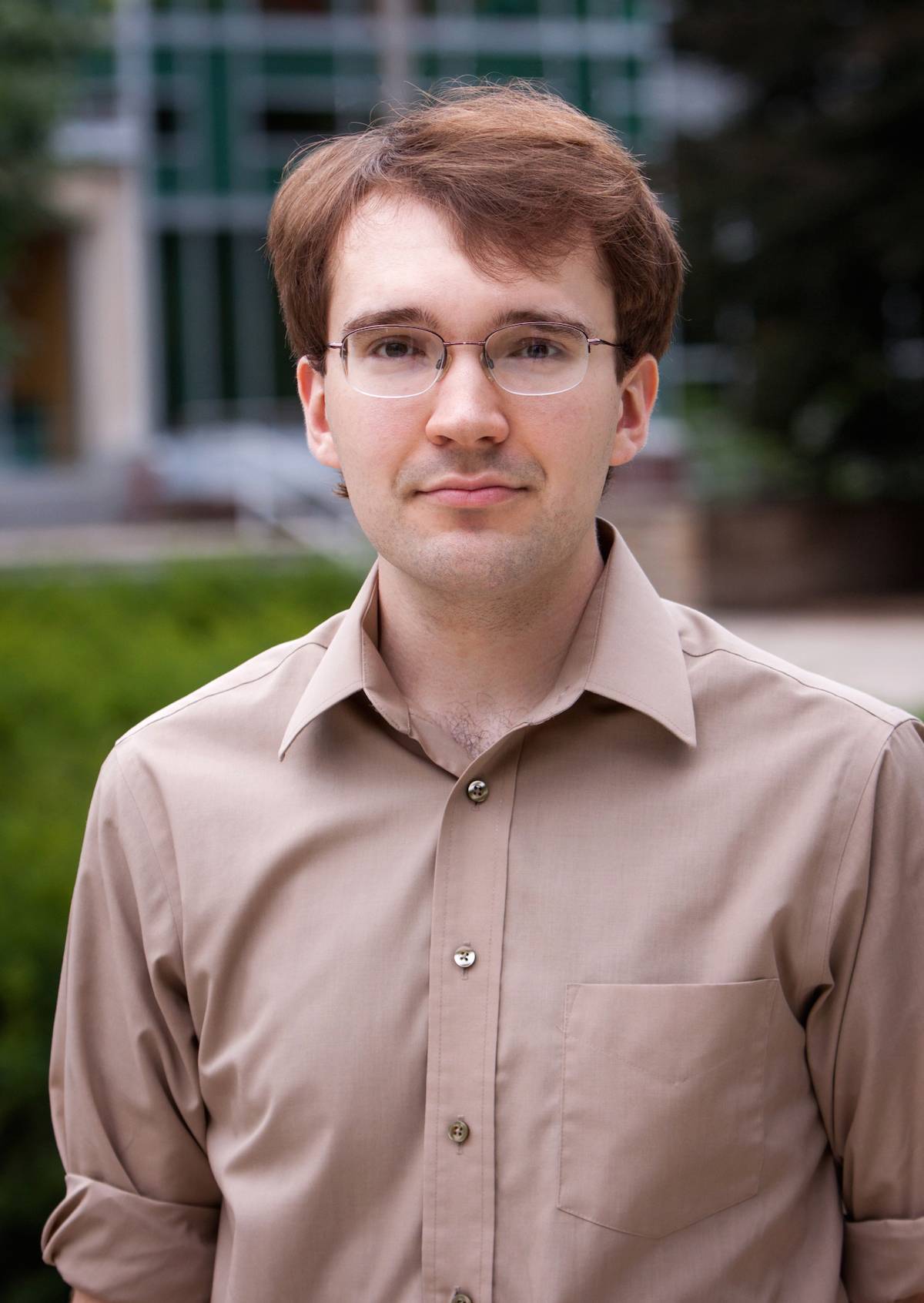 “War of the Worlds” turned out to be a prank — Welles’ “news bulletin” was actually an adaptation of an H.G. Wells story — but it had real repercussions, sparking a debate about the consequences of “fake news” that has direct relevance today.

A. Brad Schwartz, a second-year Ph.D. student in history at Princeton, wrote a book on the broadcast and its aftereffects, “Broadcast Hysteria: Orson Welles’s ‘War of the Worlds’ and the Art of Fake News,” published in 2015 by Hill and Wang. At 7 p.m. on Thursday, Oct. 18, he’ll present a lecture at the Princeton Public Library as part of a monthlong program of events commemorating the 80th anniversary of the famed radio play.

Schwartz answered questions about how he debunked a common myth around the response to the broadcast and how Welles’ stunt foretold our current era of disinformation.

How did you become interested in 'War of the Worlds?'

When I was growing up, my parents always struggled in getting me to settle down at bedtime. They started buying me cassettes of old radio shows like “The Shadow” and “The Lone Ranger,” because listening to those helped quiet me down. “War of the Worlds” was among the shows I first listened to as a kid, and I remember not liking it very much, because I wasn’t old enough to understand what Welles was trying to do. When I was in high school, I revisited the broadcast for a class project and developed an appreciation for how innovative and important it was.

Why did you decide to write a book about the broadcast?

In my junior year of college, I learned from Philip Hallman, a librarian at the University of Michigan, that the school had recently acquired some large collections of Welles’ personal papers, which included listener letters sent to him after the broadcast that no one had looked at in decades. [Hallman will appear Oct. 23 at the Princeton Public Library to display letters from Princeton and other parts of the state.] At the time, I was close to picking a topic for my senior thesis, and “War of the Worlds” naturally presented itself. I even had an inkling that there might be a book among those letters, since they offered a fresh perspective on the most famous radio show in history.

What did the letters reveal?

Before these letters became available, “War of the Worlds” had only been understood in one narrow, misleading fashion — as the show that sparked a nationwide panic — because the surviving sources were limited largely to the next day’s newspaper articles and the 1940 Hadley Cantril study produced here at Princeton. Knowing the basics of that story, I expected the letters would be filled with more stories of panic. I was surprised to discover that the vast majority were from listeners frightened not by the broadcast, but by what the reported panic said about the state of their country. Many feared that democracy simply couldn’t survive in an age when the mass media could lie so convincingly, and they wrote to save Welles from the possibility of government censorship. I discovered very quickly that not only had the panic been exaggerated, but there was a whole other side of this story that had never been told, which seemed more relevant in the social media age than ever before.

Most people frightened by the show didn’t understand it to be about aliens; instead, something in the program tapped into preexisting anxieties and beliefs they had, like fears of a Nazi attack or the biblical apocalypse. And in many cases, the most extreme examples of panic came from people who tuned in after being told of the show by a friend, relative or neighbor — someone they trusted. Their reactions had less to do with the broadcast itself than the way it was shared. Fast forward 80 years, and “fake news” still works this way today. We’re more inclined to believe a misleading meme or fictitious news article if it confirms something we already believe, and we’ve built social networks in the digital realm that are perfectly suited to spreading such misinformation among our friends and relatives. 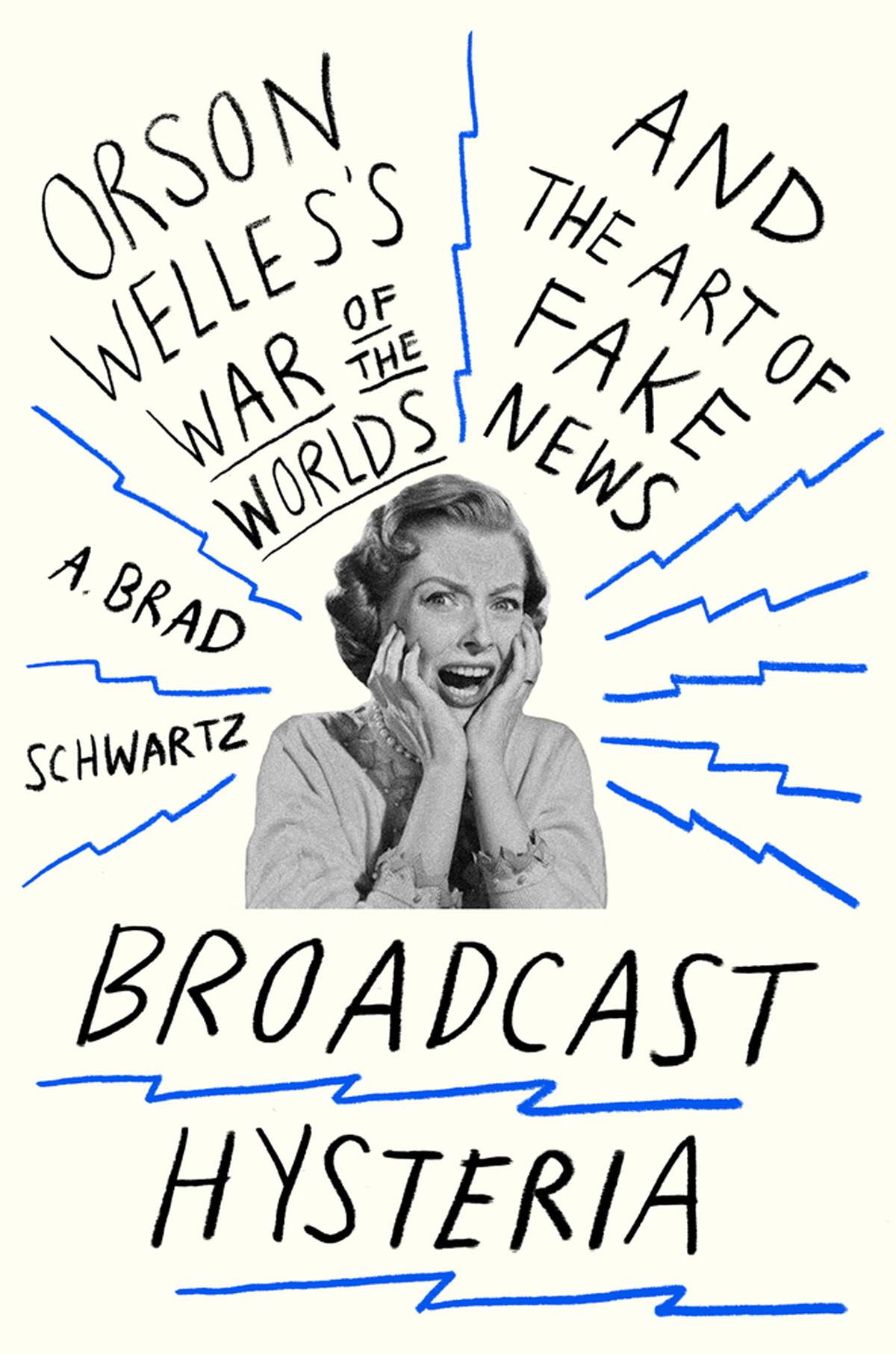 Schwartz’s book “Broadcast Hysteria: Orson Welles’s ‘War of the Worlds’ and the Art of Fake News,” examines Welles’ infamous radio prank and its aftereffects, which continue to resonate eight decades later. He will discuss his research Oct. 18 at Princeton Public Library as part of a monthlong commemoration of the broadcast.

Have you visited the site in West Windsor where the Martian landing allegedly took place?

I visited Grover’s Mill for the first time while working on the book, and doing so was invaluable to understanding what really happened that night. I’d read about the reported traffic jam in the area supposedly caused by locals trying to flee, but I’d also seen more credible reports of people — including two Princeton professors — heading into the area because they’d heard or been told about a meteor landing nearby. (In the first part of the broadcast, the Martian spacecraft is misidentified as a meteorite.) Seeing how small Grover’s Mill is, I realized that it wouldn’t take much to cause a traffic jam, and so the crowd of people we know went looking for the meteor could easily be misidentified as a panicked horde fleeing the scene. I’ll also say, having gotten to know the broadcast very well before ever visiting Princeton, that the first time I came here I felt a shock of recognition every time I encountered a familiar place name. I’d gotten to know the geography so well without ever setting foot in this part of the state.

What are you researching now, and what do you hope to focus on in the future?

My second book, “Scarface and the Untouchable: Al Capone, Eliot Ness, and the Battle for Chicago,” which I co-wrote with the mystery writer Max Allan Collins (creator of “Road to Perdition”) before I began my studies here, was just published last summer by William Morrow. It’s the first volume of a dual biography of Al Capone and Eliot Ness. As we were preparing the manuscript two summers ago, we discovered that we had way too much narrative to fit into one book, so a second volume covering their later lives will be released in 2020. I don’t have a topic for my dissertation yet, but I’m thinking of returning to the ground I first explored in “Broadcast Hysteria” by looking at the interplay of politics and the media.