Louise “Weezie” Sams, a member of the Princeton Class of 1979 and a charter trustee of the University, has been elected as the next chair of the Princeton University Board of Trustees, effective July 1, 2019. She will succeed Kathryn Hall, who will complete her second four-year term as Board chair next June. 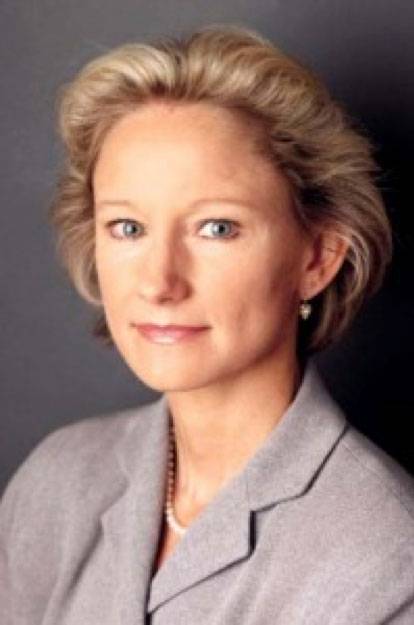 Sams, who served her first term as a charter trustee from 2004-2014 and began her second term in 2015, was elected by her fellow Board members at their Nov. 17 meeting.  Currently the chair of the Public Affairs Committee, her past leadership experience with the University includes serving as chair of the Board’s Audit and Compliance Committee, the National Annual Giving Committee and the Alumni Council’s Committee to Nominate Alumni Trustees. Sams is also a member of the Princeton University Art Museum Advisory Council and the Princeton Varsity Club board.

“Weezie Sams is a proven leader who has served with distinction and wisdom on the Board of Trustees and in many other key roles within Princeton’s alumni community,” said President Christopher L. Eisgruber. “Her engagement with this University, and her dedication to its values, are unsurpassed. I am confident that she will be a worthy successor to Katie Hall, who has been a superb board chair over her eight-year term and a trusted partner to me throughout my presidency.”

“Weezie has been an outstanding trustee, and I have no doubt that she will be an equally outstanding chair,” added current chair Kathryn Hall. “She is not only a fierce advocate for Princeton University, but a wonderful colleague and a true friend. I look forward to working with her during this transition period, and am excited to do whatever I can to support her and the other trustees as they head into this next chapter.”

“I am honored and humbled to be elected to lead the Board of Trustees and to work with President Eisgruber and his administration in this capacity,” said Sams. “This is a wonderful opportunity to serve Princeton University as chair of a talented and dedicated Board that takes seriously its role in helping Princeton achieve its mission. Katie Hall has set a high bar during her tenure, and I look forward to continuing her good work.”

After graduating from Princeton magna cum laude with a degree in English, Sams earned her law degree from the University of Virginia Law School, where she was executive editor of the Virginia Journal of International Law. Sams practiced law for several years at White & Case in New York before joining Turner in 1993, where she has served in a number of leadership roles, including a stint as the president of Turner International. She is currently the executive vice president and general counsel for Turner, a leading global entertainment, sports and news company, overseeing the company’s legal matters worldwide. She resides in Atlanta, Georgia.

In addition to her service to Princeton, Sams serves on the board of a number of philanthropic and cultural institutions, including the High Museum of Art, Atlanta's Woodruff Arts Center and Meals on Wheels Atlanta.

As Board chair, Sams also will chair the Board’s Executive Committee, the Committee on Board Development, the Compensation Committee and meetings of the Committee of the Whole. The Board chair also oversees the annual performance review of the president.

The 40-member Board of Trustees is responsible for the overall direction of the University. It approves the operating and capital budgets, supervises the investment of the University’s endowment, oversees campus real estate and long-range physical planning and exercises review and oversight of changes in major policies and practices.

Six named to Board of Trustees

Six named to Board of Trustees