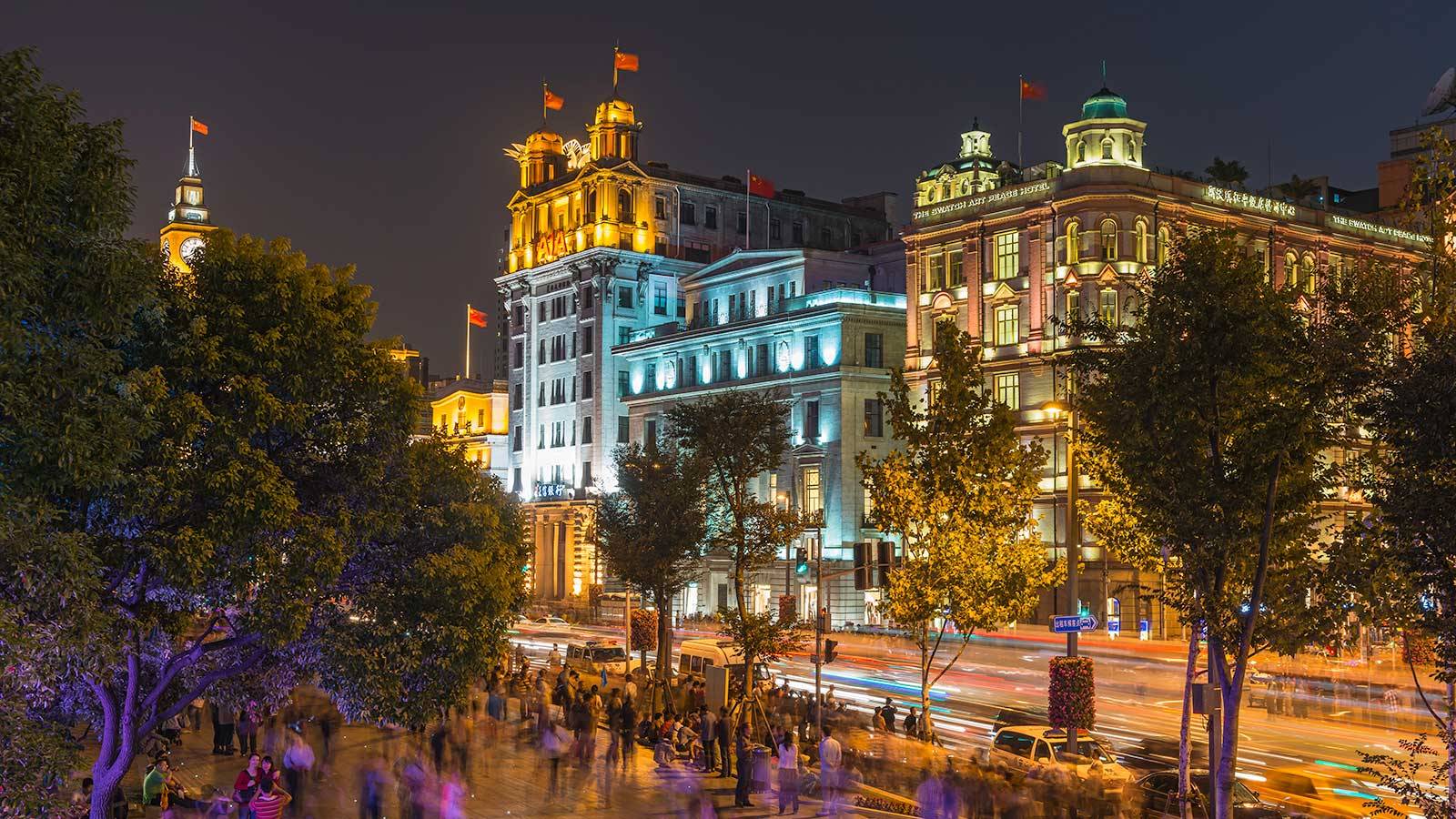 When Yi Wang rang the New York Stock Exchange opening bell on Sept. 27, Princeton Dean of Engineering Emily Carter and computer science professors Jennifer Rexford and Kai Li cheered along with his other invited guests. Wang, co-founder of the Shanghai-based LAIX Inc., received his doctorate in computer science from Princeton in 2009. 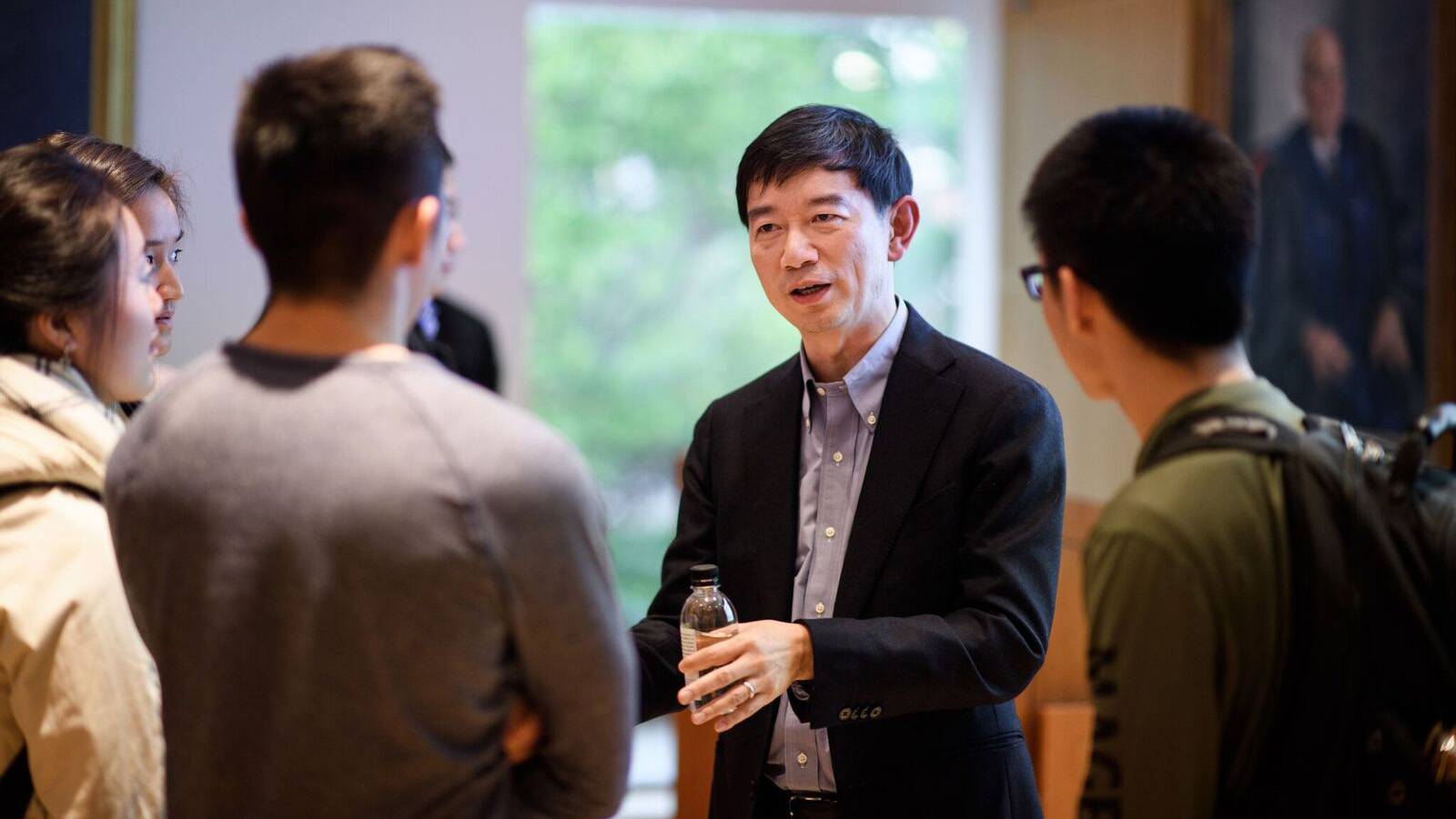 In a recent talk at Princeton, entrepreneur and venture capitalist James Mi, an engineering graduate alumnus, said China has many strengths that help make it attractive for new technology ventures.

Another Princeton Ph.D. recipient, Arvid Wang, is now on his second successful startup in Shanghai, this one using artificial intelligence to build digital assistants for professionals and businesses. The electrical engineering doctorate’s technology, including a video recommendation system, serves tens of millions of users in China and around the world.

The two alumni were able to apply knowledge from Princeton classrooms to China’s booming market. Now, they want to pass on their insights to a new generation of Princeton entrepreneurs.

“To build a successful company, it’s very important to combine things from different aspects. And to do something that no one has done before,” Arvid Wang said. “Looking back, that’s something that Princeton prepared me for.”

Both executives are serving among the inaugural group of hosts for Princeton’s new business immersion program in Shanghai. The Princeton Start-Up Immersion Program (PSIP), part of the Keller Center for Innovation in Engineering Education, offers undergraduate and graduate students the opportunity to gain experience working with startups. Since 2016, the program has offered students the chance to work with startups in New York City and Tel Aviv. The University supplies housing in the cities and matches selected students with companies appropriate for their skills and interests. 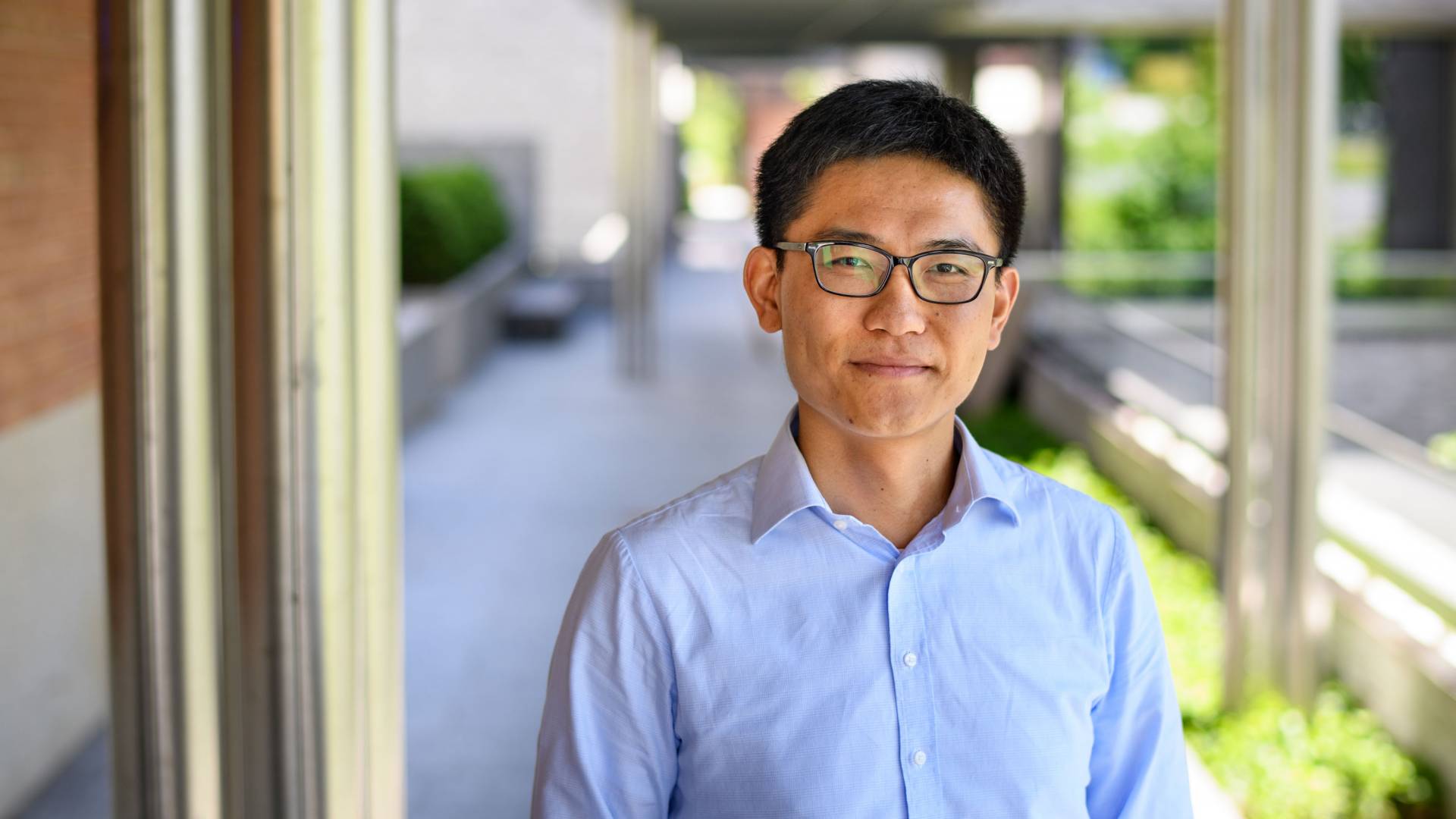 Yi Wang, who in Shanghai launched an English language learning system that is based on artificial intelligence, attributes a large part of his success to his computer science doctorate from Princeton.

She said the program’s success in New York and Tel Aviv led to the decision to expand to Shanghai next year. “Shanghai’s entrepreneurial ecosystem is powerful, dynamic and global,” she said.

Tsang said the Keller Center worked closely with Chinese business leader James Mi to establish the program. Mi, who received his master’s degree in electrical engineering from Princeton in 1992, is a founding partner of Lightspeed China Partners, a major China-focused venture capital firm.

In a recent talk at Princeton hosted by the Keller Center and the Center on Contemporary China, Mi, who co-founded iTelco Communications and spearheaded Google’s efforts in China from the ground up before founding Lightspeed China, said China has a number of strengths that help make it attractive for new technology ventures: GDP growth, huge market size, high saturation of internet technology, and the large number of digital natives, or people under 25 who have grown up using the internet and mobile devices. Mi also pointed out that venture capital is widely available; he said about $265 billion was raised in the U.S. for startup ventures in 2017, while roughly $277 billion was raised in China.

Mi described Princeton graduates in China as a tight-knit and entrepreneurial group. “A very high percentage of Princeton alums in China are doing very successful startups,” he said.

Yi Wang and Arvid Wang are among them.

After spending time as a product manager at Google, Yi Wang returned to his native Shanghai to develop a new venture, an English language learning system that is based on artificial intelligence. The company’s app, Liulishuo, means “speak fluently.” It launched in 2016 and this year had over 80 million registered users. Because it is based in artificial intelligence, Liulishuo is able to adapt and respond based on user feedback. 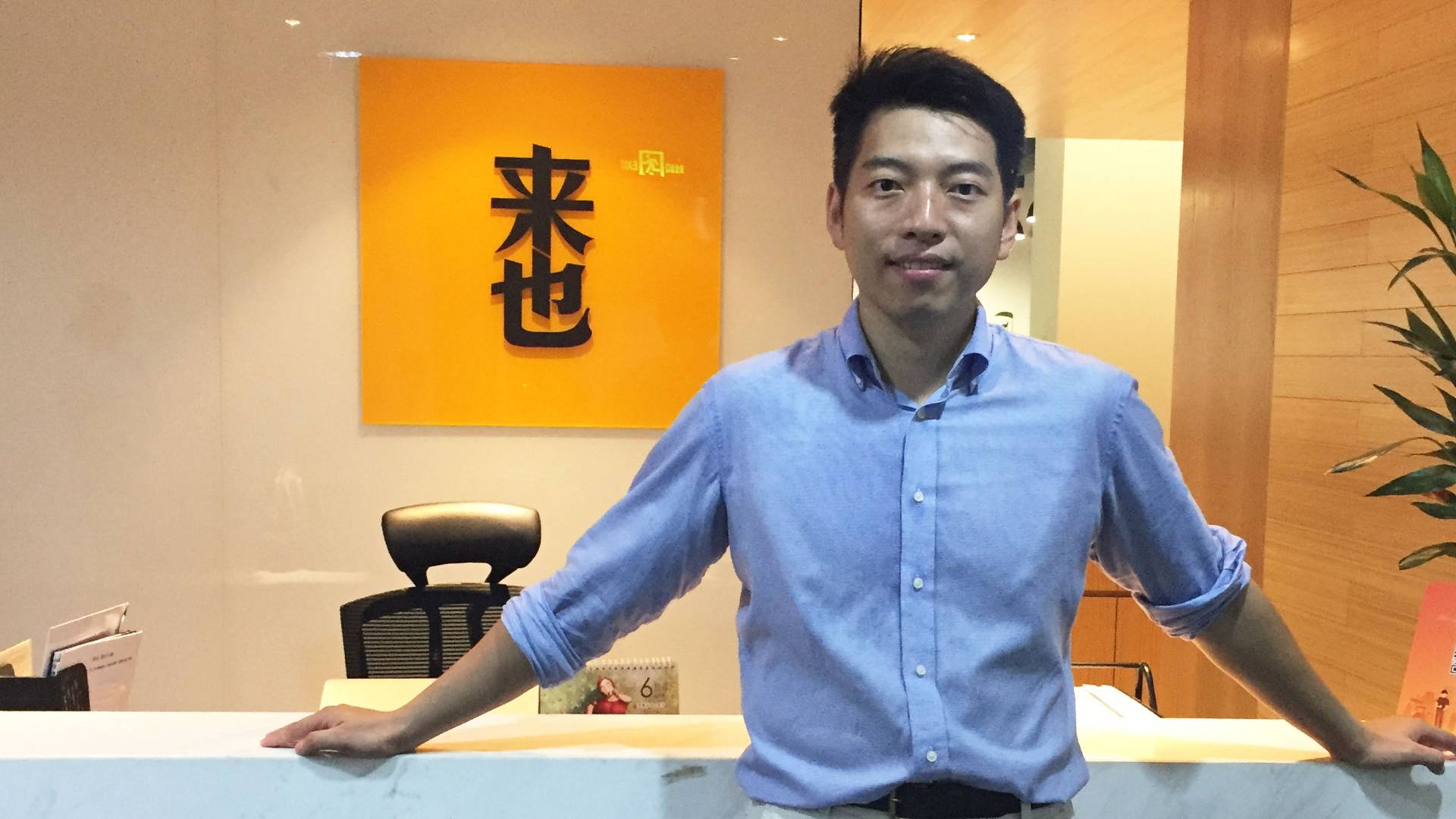 Arvid Wang, who earned his Ph.D. from Princeton in electrical engineering, is now on his second successful startup in Shanghai.

Yi Wang’s doctoral adviser, Jennifer Rexford, said that he was originally interested in a research career but was able to make the transition to the tech business. “A graduate student at Princeton is required to learn many of the same skills that entrepreneurs need to be successful — identifying a problem and solving it in a creative way, honing and perfecting ideas, and explaining technical concepts in a way that others can understand,” said Rexford, the Gordon Y.S. Wu Professor in Engineering and chair of the computer science department.

Arvid Wang’s dissertation was based on forecasting the presidential election outcome for 2008. His advisers were then-engineering dean H. Vincent Poor and electrical engineering professor Sanjeev Kulkarni. Wang collaborated on the dissertation with Daniel Osherson, the Henry R. Luce Professor of Psychology.

Within a year of his 2011 graduation, Wang founded his first startup in Shanghai. He sold that venture, a personalized video recommendation technology, to Baidu, a technology company with the world’s second-largest search engine. In 2015, he co-founded LaiYe, a startup that builds digital assistance bots for enterprise clients and professionals in China using artificial intelligence. LaiYe has received early venture backing from Sequoia Capital, Lightspeed China Partners and Microsoft, and the company’s solutions and products are now serving tens of millions of users.

Arvid Wang and Yi Wang say their interest in entrepreneurship was sparked by the High Tech Entrepreneurship class taught at the Keller Center by Ed Zschau, a senior research specialist and startup veteran. The class, first taught in 1997, teaches the process of creating something new from scratch and implementing it. For each lecture, Zschau had students read and discuss a startup case study. A few weeks into the class, Yi Wang recalled, he was hooked. “I fell in love with startups,” he said.

Students interested in applying for PSIP-Shanghai may visit the Keller Center website for more information or email Lilian Tsang, associate director, outreach and administration, at ltsang@princeton.edu. The deadline to apply for summer 2019 for all PSIP programs is Dec. 1, 2018.