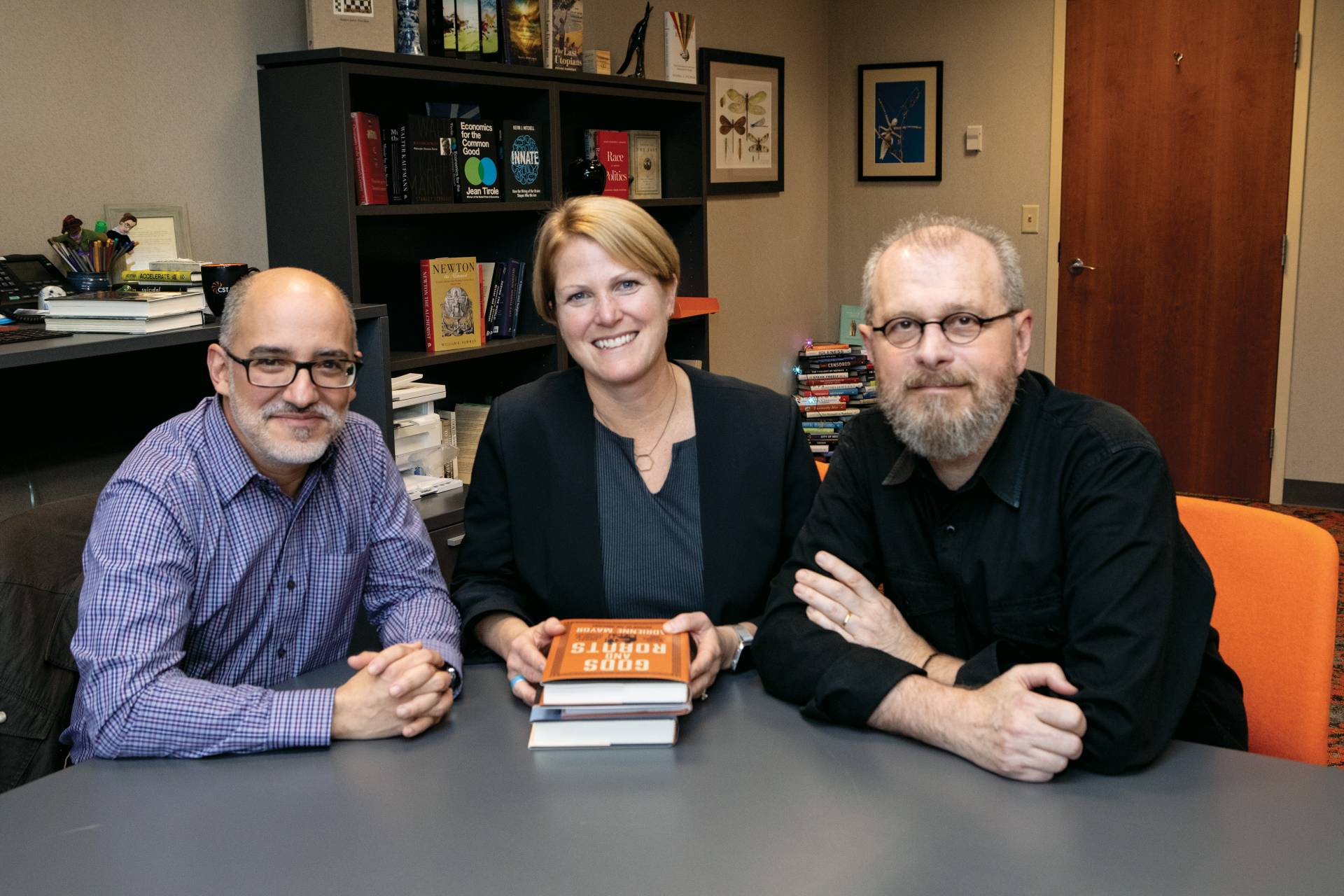 On the morning of Sept. 2, 2018, the world community woke to the news that Brazil’s National Museum in Rio de Janeiro had caught fire, destroying one of Latin America’s oldest and most important scientific and cultural institutions.

“It’s like the Museum of Natural History in New York or the British Museum burning down,” said João Biehl, the Susan Dod Brown Professor of Anthropology and co-director of Princeton’s newly established Brazil LAB (Luso-Afro-Brazilian studies), who also serves as co-director of the Global Health Program. “It’s a 200-year-old institution which was housed since 1892 in the palace of the former emperor of Brazil. The museum had more than 20 million objects, including an incredible collection of natural history and anthropological artifacts.”

The Postgraduate Program in Social Anthropology (PPGAS), based at the National Museum and affiliated with the Federal University of Rio de Janeiro, was particularly hard hit. In the year of its 50th anniversary, the program lost its entire infrastructure — administrative and faculty offices, classrooms, meeting spaces, ethnological collections, and an audiovisual lab with film and editing equipment.

Also destroyed was the Francisca Keller Library, the principal anthropology library in Brazil and among the best in Latin America containing more than 40,000 volumes, as well as research materials collected from over 50 years of fieldwork in Latin America. The loss of the Documentation Center for Indigenous Languages ​​(CELIN), which specialized in collecting text, images and sound of Indigenous languages ​​and varieties of Brazilian Portuguese, was especially devastating since most of the materials never were digitized and are irreplaceable.

“We are all poorer today,” PPGAS Professor Aparecida Vilaça noted, “for these objects, records, documents, recordings, papers, engravings no longer exist anywhere in the world.”

After talking to the Brazil LAB’s co-director Pedro Meira Monteiro, the Arthur W. Marks ’19 Professor of Spanish and Portuguese and chair of the department, Biehl reached out to Federico Neiburg, an anthropologist at PPGAS, with whom he has collaborated many times. Their conversations led to an offer of help not only from the Brazil LAB, which was officially launched this semester, but also from the Princeton University Library and Princeton University Press to replace books and research materials.

“This new collaboration is based on previous exchanges headed by João and myself involving workshops in Rio de Janeiro and Princeton and ongoing collaborative research projects,” Neiburg said. “In this sense, Princeton’s solidarity was not surprising. What was surprising, indeed, is the size of the concrete actions being taken and their impact on reconstructing PPGAS.”

The largest immediate impact will come from a donation of 4,000 books spearheaded by Christie Henry, director of Princeton University Press, to restock the Francisca Keller Library. 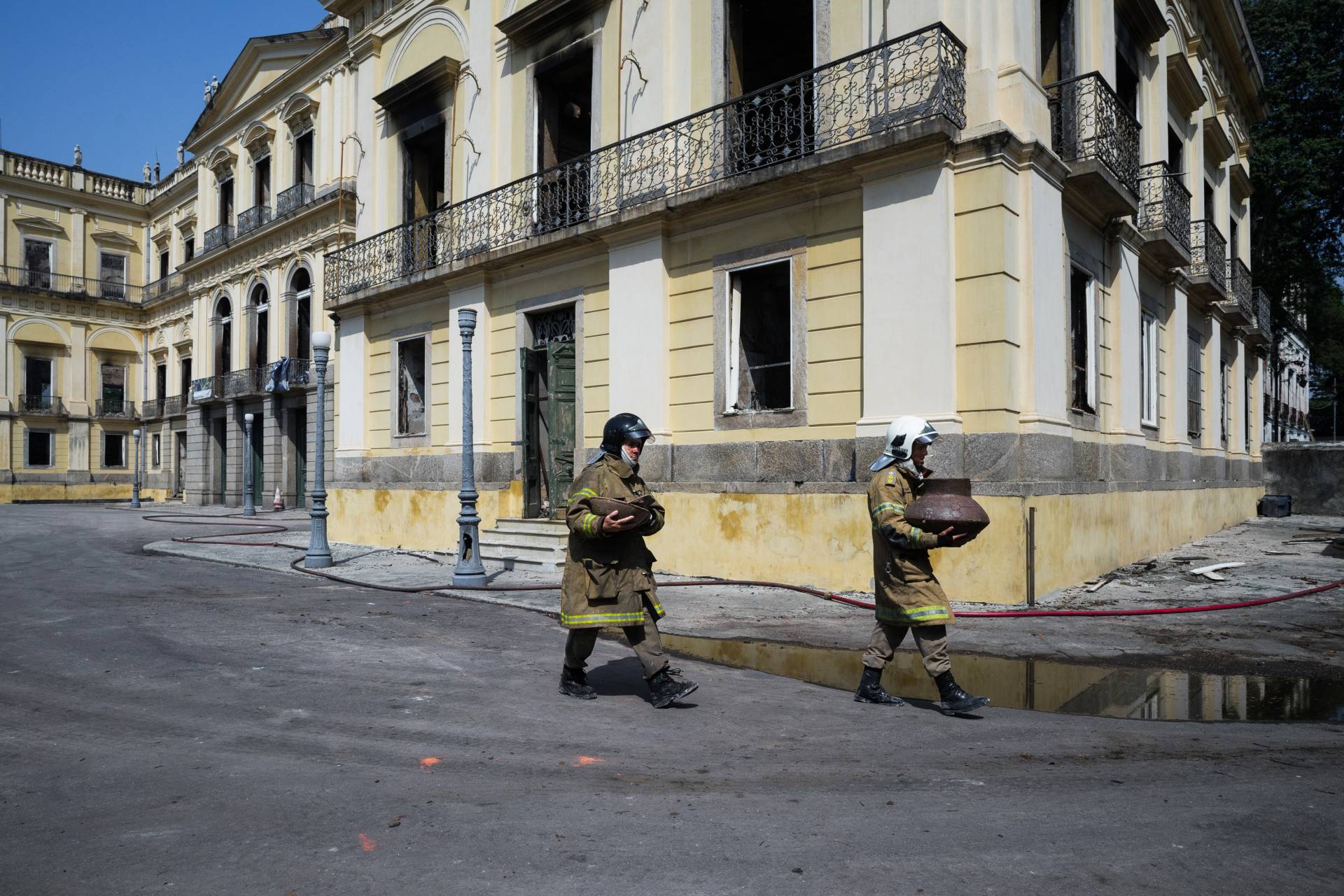 Firefighters salvage artifacts lost in the fire that destroyed Brazil’s National Museum. The museum, one of Latin America’s largest and most important scientific and cultural institutions, contained more than 20 million objects and was home to irreplaceable materials related to the study of Brazil’s Indigenous populations.

Henry offered to replace any Princeton University Press edition housed in PPGAS’ library, and she also invited Neiburg and his colleagues to request additional books from the Press’ catalog. She then reached out to her peers at university presses across the United States, who agreed to do the same: “The response has been staggering in all wonderful ways.”

To date, more than 75 university presses have joined the effort. Princeton University Press’ donation totals about 300 books so far, including physical and digital editions. While some publishers are sending books directly to PPGAS, others are being consolidated and shipped by Ingram Content Group. The company’s chairman, John Ingram, is a Princeton alumnus.

“Thanks to initiatives such as those headed by Christie Henry and others from institutions and individuals from across the U.S., Europe, Latin America and Brazil, we are expecting to have a new, very rich and splendid library by the end of next year,” Neiburg said. “Re-inaugurating the library has a deep symbolic function since it is our most collective and public patrimony. It is not only the tangible sign that we are moving ahead, but also a concrete declaration of our commitment to carry on our academic and humanistic mission for years to come.”

Fernando Acosta-Rodríguez, Princeton’s librarian for Latin American, Iberian and Latino studies, will work with PPGAS in an additional ongoing project to source digital books and materials for the Brazilian scholars.

“PPGAS’s collective fortitude is deeply inspiring and necessary to reimagine and reconstruct such a vital research and pedagogical institution,” Henry said. 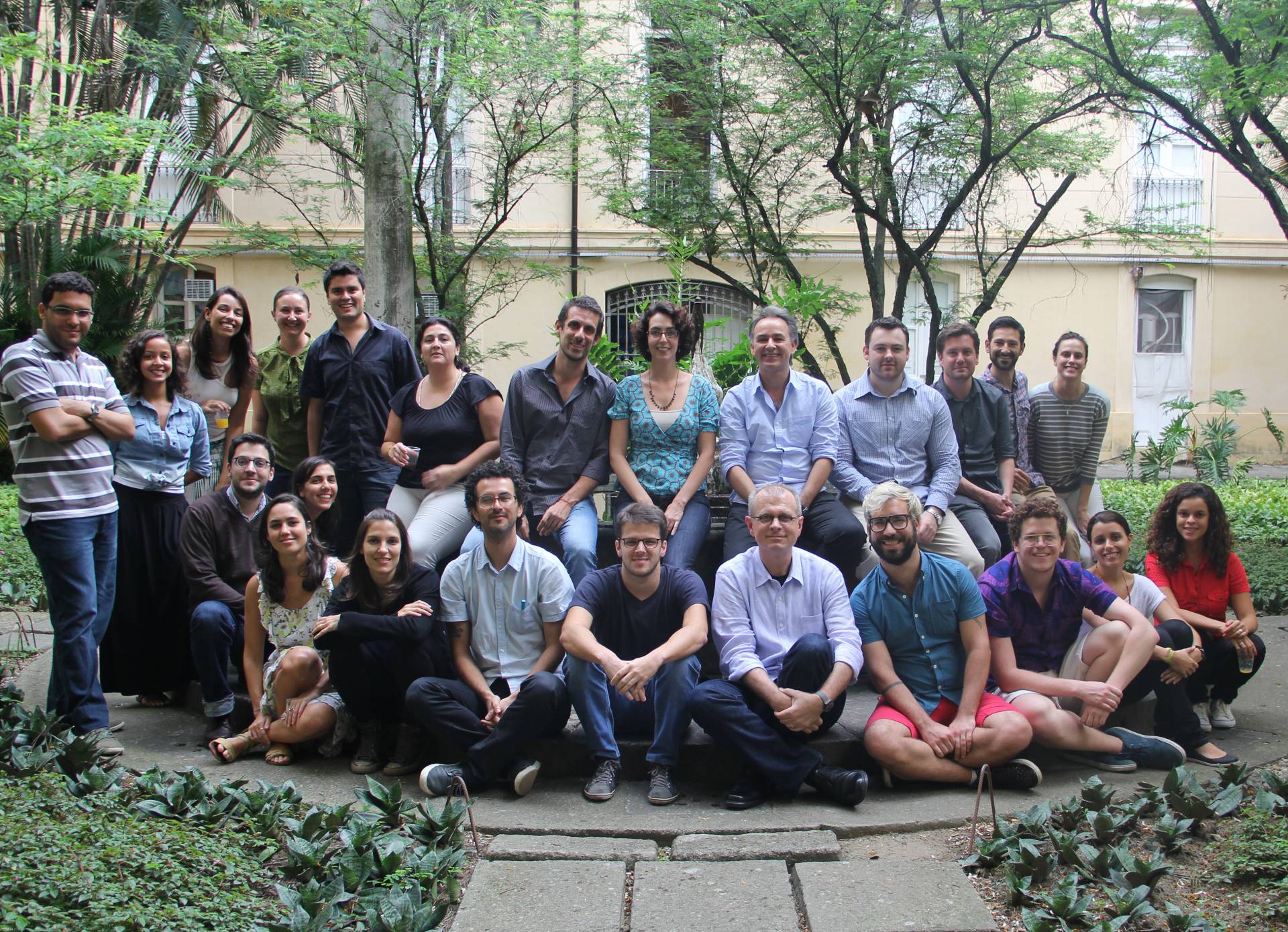 Prior to the fire at Brazil’s National Museum and the recent launch of Brazil LAB, Princeton University faculty and students already were enjoying collaborations with their counterparts at PPGAS. In 2013, they attended an event at the museum, “Ethnography Across Borders,” which was co-organized by Biehl, bottom row, fifth from right, and Federico Neiburg, top row, fifth from right, an anthropologist at PPGAS.

Synergy in the LAB

PPGAS is negotiating with the Federal University of Rio de Janeiro for transitional space for its operations, though support for that effort is uncertain with the upcoming inauguration of Brazil’s new president, Jair Bolsonaro, on Jan. 1, Neiburg said. “The result of the recent presidential election with a turn to the far right has made the prospects for the social sciences and the humanities even more difficult for the near future.”

Beyond the program’s immediate physical and material requirements remains the need to provide for the development of its young researchers, approximately 160 graduate students and 20 postdoctoral fellows. PPGAS was the first graduate program in Brazil to implement an affirmative action policy for black and indigenous students, who currently represent 25 percent of the overall student body.

The Brazil LAB, together with Princeton’s Department of Anthropology and the Department of Spanish and Portuguese, will assist PPGAS graduate students and postdoctoral fellows in continuing their work by offering visiting fellowships at Princeton and developing new research collaborations, Meira Monteiro said. Princeton’s Program in Latin American Studies and the University Center for Human Values, as well as the School of Social Science of the Institute for Advanced Study, also are participating.

Collaborations between Princeton and PPGAS were growing even if the fire had not occurred, Biehl added. With the backing of the Princeton Institute for International and Regional Studies (PIIRS) and the Office of the Provost, the Brazil LAB was launched this fall as a three-year pilot program using Brazil as a critical lens for examining global social and political concerns.

“We reached out to Stephen Kotkin, the director of PIIRS, and he loved our idea of taking Brazil as a dynamic nexus through which we could understand larger problems that affect people in Brazil and globally,” Biehl added. “There are powerful resonances between the American and the Brazilian puzzles, for example, with the long-standing issue of slavery haunting both.”

A multidisciplinary program, the Brazil LAB draws on the expertise of 45 Princeton faculty members from 18 departments as well as Brazilian scholars who are studying issues ranging from environmental change to democratic insecurities to inequality and socioeconomic rights.

If the pilot is successful, Brazil LAB could become a permanent part of PIIRS.

In spring 2019, the Brazil LAB will offer an undergraduate course exploring the relationship between Brazil and Africa. During the summer, Princeton students will have the opportunity to take a PIIRS Global Seminar in Rio de Janeiro, “Becoming Brazil,” taught by Biehl and Meira Monteiro.

PPGAS scholars and graduate students are being invited to join a project through the Brazil LAB called “Captured + Escaped,” a digital platform of images speaking to enslavement and post-abolition life in Brazil. The Department of Anthropology’s VizE Lab (Ethnographic Data Visualization) is eager to host PPGAS students and colleagues mapping deforestation and mining and assessing their impact in the livelihoods of Indigenous and riverbank communities in the Amazon.

“The idea is to identify multiple projects where faculty and students from all over campus would benefit from collaborations with these absolutely excellent Brazilian scholars,” Biehl said. “This way we can support their academic work and, together, create a visionary scholarly network.”

Establishing short-term fellowships would allow the Brazilian researchers to become involved in academic activities at Princeton, to audit courses, and to use the library, providing them with the chance to complete works-in-progress in the void left by the museum’s destruction.

This support fits right into Brazil LAB’s mission of training the next generation of trailblazing Brazilianists and into Princeton’s larger mission in the world, Biehl said.