Princeton University seniors Camden Olson and Jordan Salama have been awarded fellowships from ReachOut 56-81-06, an alumni-funded effort that supports year-long public service projects after graduation. Each student will receive a stipend of $30,000 to pay for living expenses during their fellowship year.

Olson will use her fellowship to develop standards for medical alert dog training and performance with the nonprofit Dogs4Diabetics, headquartered in Concord, California.

Salama will use his fellowship to produce a bilingual online video series for children and parents across the Americas, in association with Sesame Workshop.

“We are pleased once again, for the 19th consecutive year, to provide fellowships to outstanding graduating Princeton students who take the less traveled path out of the university: they design their own innovative and socially impactful year-long projects,” said Jon Wonnell and Marty Johnson of the Class of 1981, who are co-chairs of ReachOut 56-81-06. “The 2019 recipients — two outstanding seniors with extraordinary backgrounds — have developed projects that epitomize our goals: to bring unique solutions to societal challenges, in the tradition of Princeton in the nation’s service and the service of humanity.”

ReachOut 56-81-06 is an effort by members of the Princeton classes of 1956, 1981 and 2006 to underwrite valuable public service projects, with special weight given to those of social significance that are innovative, creative, entrepreneurial or a combination thereof.

Each year, ReachOut awards one fellowship for a domestic project and one for an international project. The latter can be performed anywhere in the world, including the United States. The international fellowship is funded through a donation by a Class of 1956 alumnus. Two ReachOut fellows are currently in the field, working in Trenton, New Jersey, and Mexico City.

“Each fellow completes a project that the sponsoring organization could not afford to do otherwise,” said Jim Freund of the Class of 1956, co-chair of ReachOut’s Fellowship Committee. “We consider this an excellent means by which our financial contribution serves a real purpose, through the energetic efforts of a talented public-spirited graduate.” 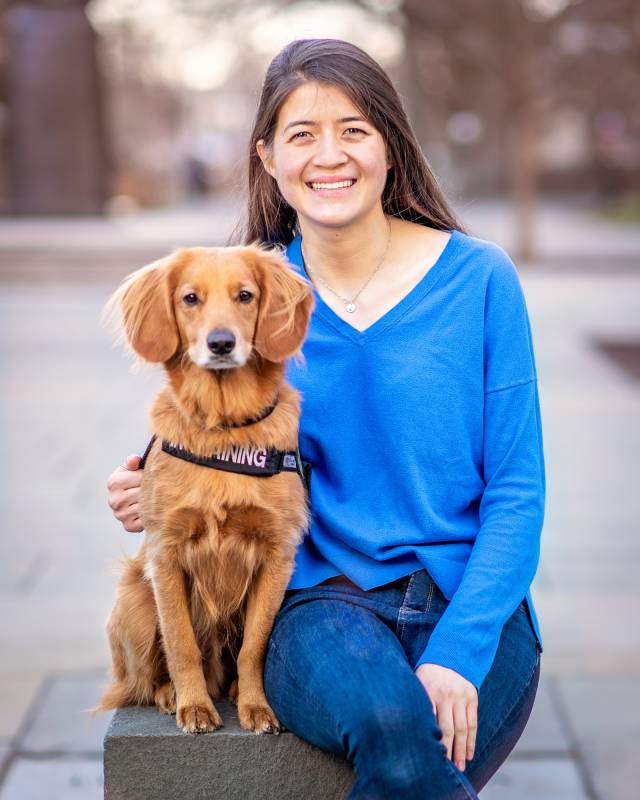 Olson, of Chicago, is concentrating in ecology and evolutionary biology and is pursuing certificates in applications of computing and cognitive science.

Working with Dogs4Diabetics, Olson will write standards for medical alert dog training and performance — standards that do not currently exist. She also will help implement the standards across other service dog organizations, thereby improving the quality of medical alert dogs, and the services they provide, worldwide.

Olson, a member of Rockefeller College, has been training service dogs for over a decade. She has trained dogs and conducted research for Guiding Eyes for the Blind, the Penn Vet Working Dog Center, Canine Companions for Independence and the Arizona Canine Cognition Center. In spring of her sophomore year, she was featured in a video story on the University homepage.

For her senior thesis project at Princeton, Olson successfully trained a diabetic alert dog to monitor a diabetic’s blood sugar by alerting to out-of-range blood sugar levels. She brought the dog, a miniature golden retriever named Koa, to campus when he was a puppy at the beginning of her junior year. Koa quickly became a beloved fixture on campus, as he accompanied Olson to classes and throughout campus for training purposes. Olson chronicled her experience on Instagram, and Olson and Koa were also featured in the University’s #TellUsTigers Instagram series twice: once on Koa’s “first day of college” and again on the eve of his departure to his “forever family” — with a Type 1 diabetic high school senior in Maryland.

Olson said the experience of training Koa “opened my eyes even further to the amazing things that dogs can do.” She is grateful to ReachOut for supporting her interest in dog training which, she said, “falls outside what many deem as a typical career path.”

With the skills and experience she will gain at Dogs4Diabetics, Olson hopes to open her own training center.

“I'm so thankful for all of the opportunities that Princeton has given me to support me in pursuit of my passion,” she said. “Training Koa on campus was an incredible experience that shaped my Princeton experience and guided my future as well.” 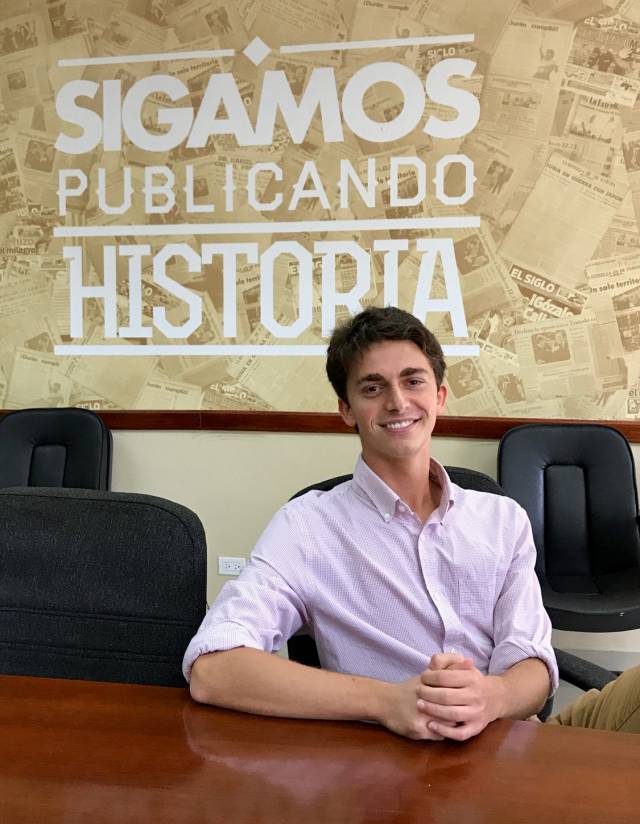 Salama, from Pelham, New York, is a Spanish and Portuguese major who is also pursuing certificates in creative writing, environmental studies, journalism and Latin American studies.

In association with Sesame Workshop, the global nonprofit behind “Sesame Street” and its international co-productions, he will create “Lulus America,” a bilingual online video series for children and parents across the Americas to promote cross-cultural understanding.

“Lulus America” will be a companion channel to “The Lulus TV” and “Los Lulus en Español,” the children’s YouTube channels that he co-created in 2010 with his brothers Jonathan, a member of the Class of 2021, and Michael, currently in high school. These channels have more than 450,000 subscribers and 200,000,000 total views across almost 100 videos. “Lulus America” will be a series of 10-12 episodes, featuring children from the United States, Canada and Latin America and demonstrating key aspects of their lives through music and personal stories. Salama also plans to produce a parent-directed story to accompany each video.

“My brothers and I have been lucky enough to develop a platform that is already reaching hundreds of millions of children across the world,” Salama said. “There is a tremendous opportunity here to create content that will foster family discussions about empathy and understanding in a time of divisiveness, educating children about the lives and routines of their neighbors throughout the Americas.

“I’m incredibly honored that ReachOut has given me the opportunity to harness my passion for writing and storytelling to make an impact,” he said.

During his time at Princeton, Salama has pursued these interests through coursework as well as international study and research opportunities in Spain, Portugal, Bolivia, Argentina and Colombia. His work has been featured on National Public Radio and in a number of newspapers and magazines. He has worked for Sesame Workshop and the Wildlife Conservation Society and completed an internship with CBS News’ “60 Minutes.” On campus, he co-created Princeton Tonight, Princeton’s first television show. He is a member of Whitman College.

With funding from a Dale Award, Salama retraced the journey of his great-grandfather, who emigrated from Syria to Argentina in the 1920s and worked as a traveling salesman on horseback in the Andes. Salama’s research trip, which became the basis for his junior paper, was also featured in Princeton’s #TellUsTigers Instagram series.

For his senior thesis, Salama is producing a nonfiction book of travel writing about the people and places along Colombia’s main river, the Magdalena. An essay drawn from the thesis was published in the Harvard Review of Latin America.

Salama plans to pursue a career in writing.