Princeton staff, faculty and community members are invited to a gathering on Friday, May 10, to recognize the retirement of Vice President and Secretary Robert K. Durkee. The reception will take place from 3:30 to 5:30 p.m. on the South Lawn behind Frist Campus Center. 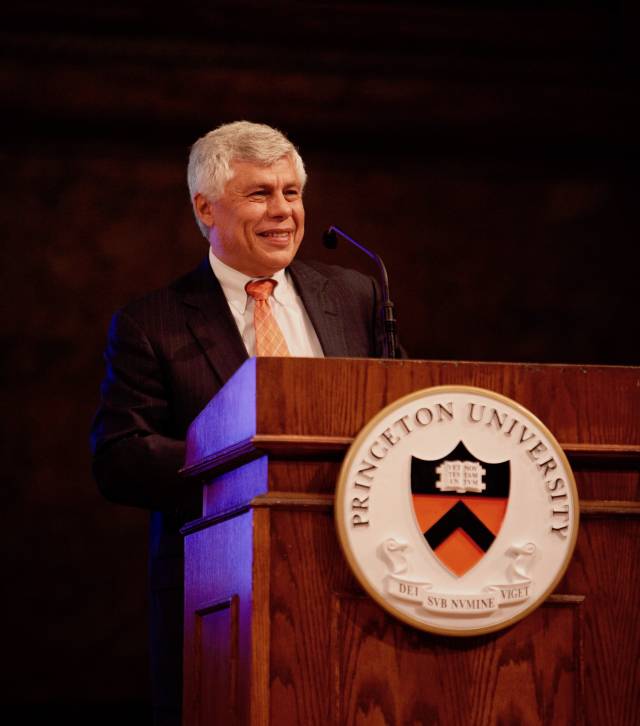 Bob Durkee, who has served Princeton in the role of University vice president and secretary since 2004, will retire at the end of the 2018-19 academic year.

Durkee, a member of the Princeton Class of 1969, will retire at the end of this academic year. He began working at the University in 1972 as assistant to the president. In 1978 he was appointed vice president for public affairs, a position he held until February 2018. In 2004, he took on the added responsibilities of vice president and secretary.

“In a Princeton career spanning five decades, Bob Durkee has rendered incomparable service to this University,” President Christopher L. Eisgruber said last fall. “He has counseled five presidents wisely, written innumerable statements beautifully, and worked diligently and effectively on countless matters critical to the University’s wellbeing and future. Princeton has many loyal alumni, but few in its history have done so much for their alma mater as Bob Durkee.”

University staff and faculty, as well as the public, may attend the informal gathering to celebrate Durkee’s nearly half-century of service to Princeton.