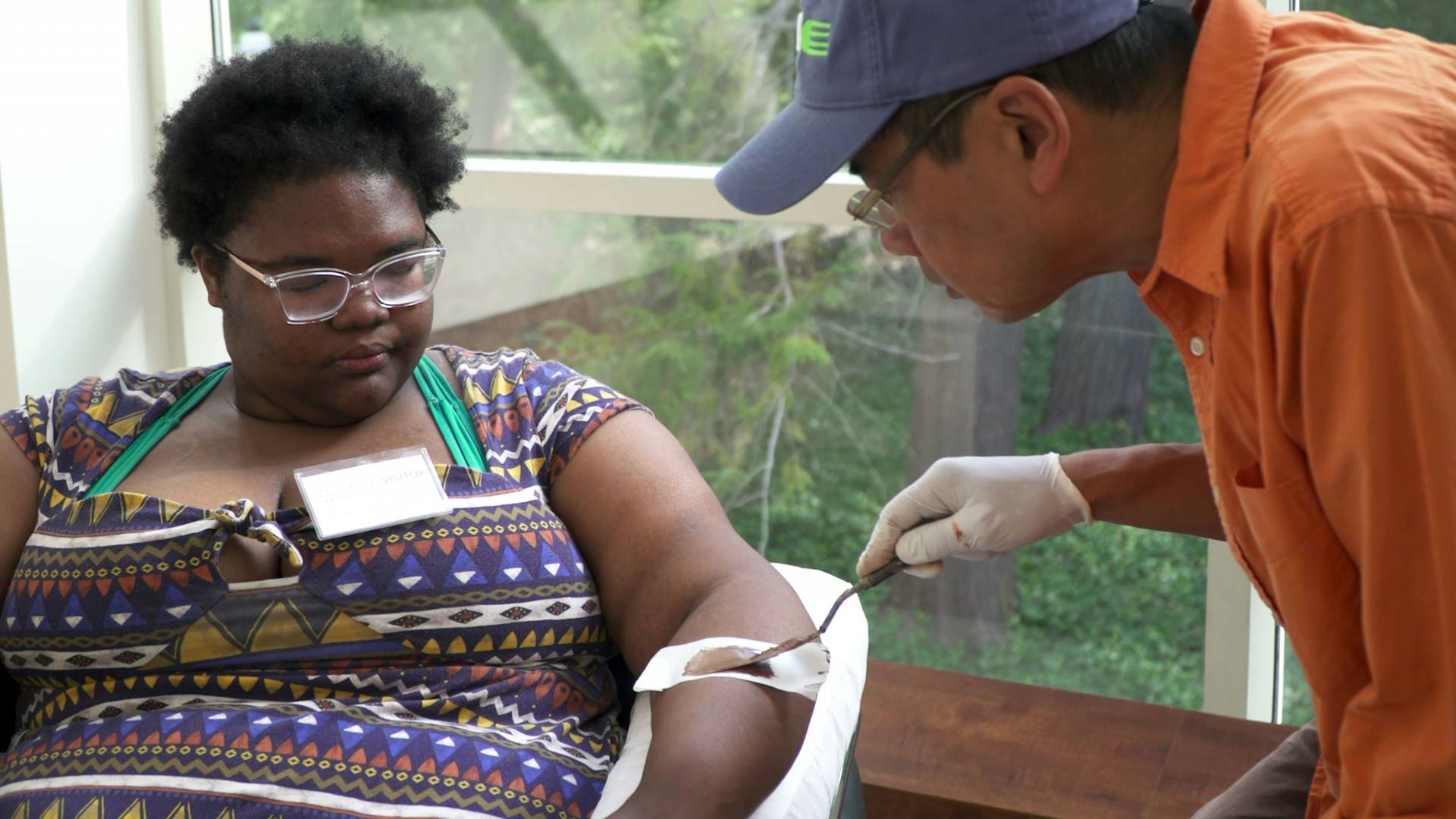 The Princeton University Art Museum has commissioned artist Byron Kim to create a 25-panel grid of portraits related to his ongoing painting project “Synecdoche.” Above, Heavyn Jennings of the Class of 2020 participates in a sitting with the artist.

A new work of art is in progress for Princeton’s collections, and 25 students — and their skin tones — are representing the campus community in the abstract collection of portraits called “Synecdoche.”

The Princeton University Art Museum commissioned artist Byron Kim to create 25 panels for the University as an extension of his ongoing painting project “Synecdoche,” begun in 1991. “Synecdoche” explores the impossibility and inherent abstraction in expecting either a person’s skin tone or a single portrait to represent the complexity of an individual.

As shown in the video above, Kim observed and mixed oil paints to match the skin color of subjects during hour-long sittings at the museum in April; then, for each subject he is creating two identical wood-panel paintings. One set of 25 panels will be added to the museum’s collections and will be initially on view from late August throughout the fall 2019 semester; a second set of 25 panels will be incorporated into the more than 400 panels that comprise all of the portraits Kim has painted that form “Synecdoche,” which is held by the National Gallery of Art in Washington, D.C.

“These panel paintings intentionally complicate the very idea of traditional portraiture, and join rich portrait collections at Princeton,” said James Steward, the Nancy A. Nasher-David J. Haemisegger, Class of 1976, Director of the Princeton University Art Museum. “They ask us what it means to paint a person, how we encounter and represent another person, and indeed how we define individuality in ways that their seeming simplicity belies.”

The individuals who sat for these paintings were nominated by and are members of the Undergraduate Student Government and the Graduate Student Government at Princeton. The word "synecdoche" denotes a figure of speech in which a part of something is used to represent the whole, much as the student governments are elected to represent the interests of the student body.