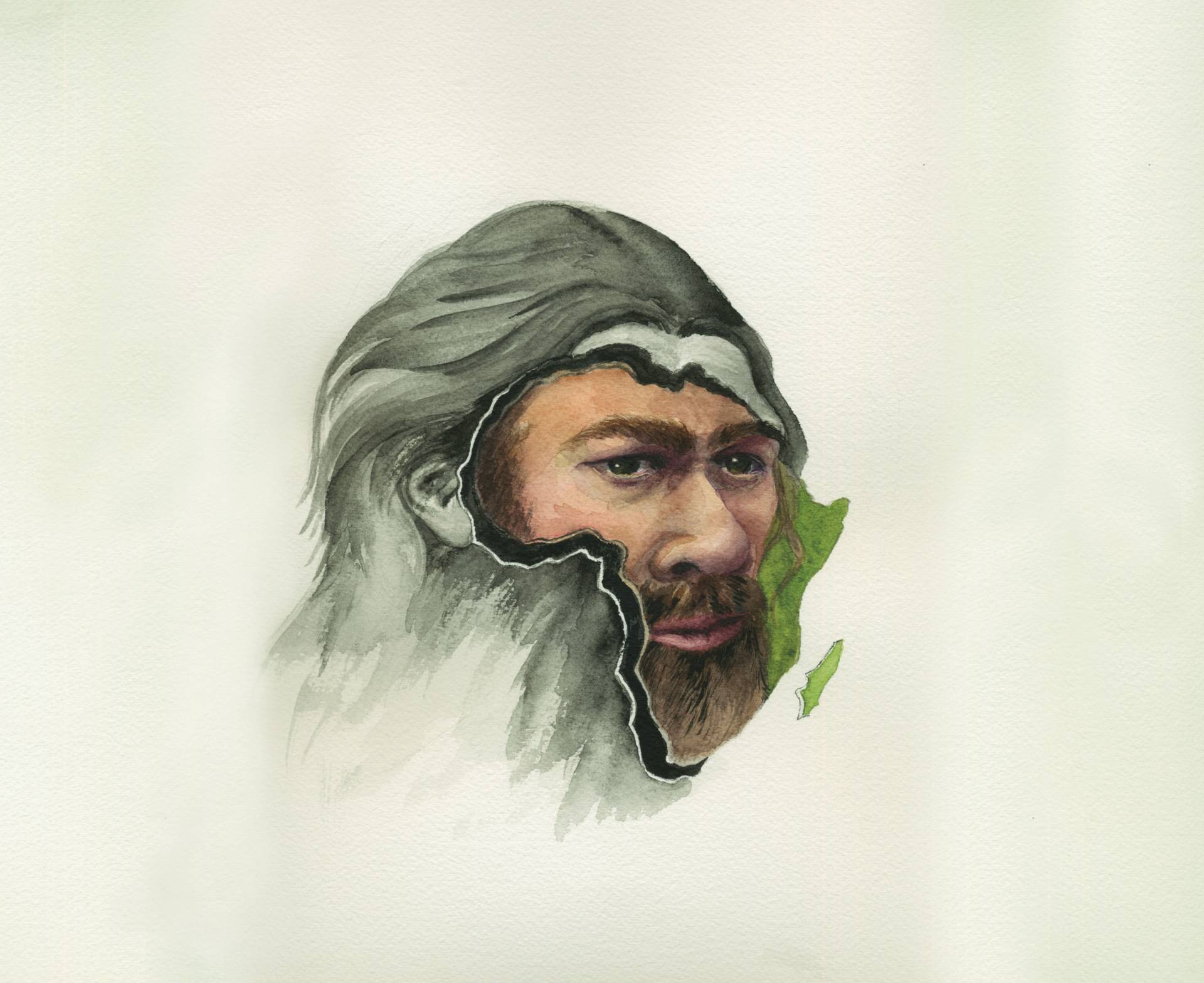 After sequencing the Neanderthal genome, a team of Princeton researchers led by Joshua Akey discovered that all modern humans carry some Neanderthal ancestry in their DNA — including Africans, which was not previously known.

In a paper published today in the journal Cell, a team of Princeton researchers detailed a new computational method for detecting Neanderthal ancestry in the human genome. Their method, called IBDmix, enabled them for the first time to search for Neanderthal ancestry in African populations as well as non-African ones. The project was led by Joshua Akey, a professor in Princeton’s Lewis-Sigler Institute for Integrative Genomics (LSI).

“This is the first time we can detect the actual signal of Neanderthal ancestry in Africans,” said co-first author Lu Chen, a postdoctoral research associate in LSI. “And it surprisingly showed a higher level than we previously thought,” she said.

The method the Princeton researchers developed, IBDmix, draws its name from the genetic principle “identity by descent” (IBD), in which a section of DNA in two individuals is identical because those individuals once shared a common ancestor. The length of the IBD segment depends on how long ago those individuals shared a common ancestor. For example, siblings share long IBD segments because their shared ancestor (a parent) is only one generation removed. Alternatively, fourth cousins share shorter IBD segments because their shared ancestor (a third-great grandparent) is several generations removed.

The Princeton team leveraged the principle of IBD to identify Neanderthal DNA in the human genome by distinguishing sequences that look similar to Neanderthals because we once shared a common ancestor in the very distant past (~500,000 years ago), from those that look similar because we interbred in the more recent present (~50,000 years ago). Previous methods relied on “reference populations” to aid the distinction of shared ancestry from recent interbreeding, usually African populations believed to carry little or no Neanderthal DNA. However, this reliance could bias estimates of Neanderthal ancestry depending on which reference population was used. The Princeton researchers termed IBDmix a “reference free method” because it does not use an African reference population. Instead, IBDmix uses characteristics of the Neanderthal sequence itself, like the frequency of mutations or the length of the IBD segments, to distinguish shared ancestry from recent interbreeding. The researchers were therefore able to identify Neanderthal ancestry in Africans for the first time and make new estimates of Neanderthal ancestry in non-Africans, which showed Europeans and Asians to have more equal levels than previously described.

Kelley Harris, a population geneticist at the University of Washington who was not involved in the study, noted that the new estimates of Neanderthal ancestry using IBDmix highlight the technical problem in methods reliant on reference panels. “We might have to go back and revisit a bunch of results from the published literature and evaluate whether the same technical issue has been throwing off our understanding of gene flow in other species,” she said.

Second, by comparing data from simulations of human history to data from real people, the researchers determined that some of the detected Neanderthal ancestry in Africans was actually due to human DNA introduced into the Neanderthal genome. The authors emphasized that this human-to-Neanderthal gene flow involved an early dispersing group of humans out of Africa, occurring at least 100,000 years ago — before the Out-of-Africa migration responsible for modern human colonization of Europe and Asia and before the interbreeding event that introduced Neanderthal DNA into modern humans. The finding reaffirmed that hybridization between humans and closely related species was a recurrent part of our evolutionary history.

While the Princeton researchers acknowledged the limited number of African populations they were able to analyze, they hope their new method and their findings will encourage more study of Neanderthal ancestry across Africa and other populations. Regarding the overall significance of the research, Chen said: “This demonstrates the remnants of Neanderthal genomes survive in every modern human population studied to date.”