As people age, they tend to report more acute or chronic pain — a common sign of getting older. Yet, in the United States, middle-aged adults are now reporting more pain than the elderly, according to a paper published in the Proceedings of the National Academy of Sciences (PNAS).

This paradoxical finding is confined to the two-thirds of the U.S. population without a four-year college degree, and happens because each generation of less-educated Americans is experiencing higher pain throughout their lives, the researchers said. 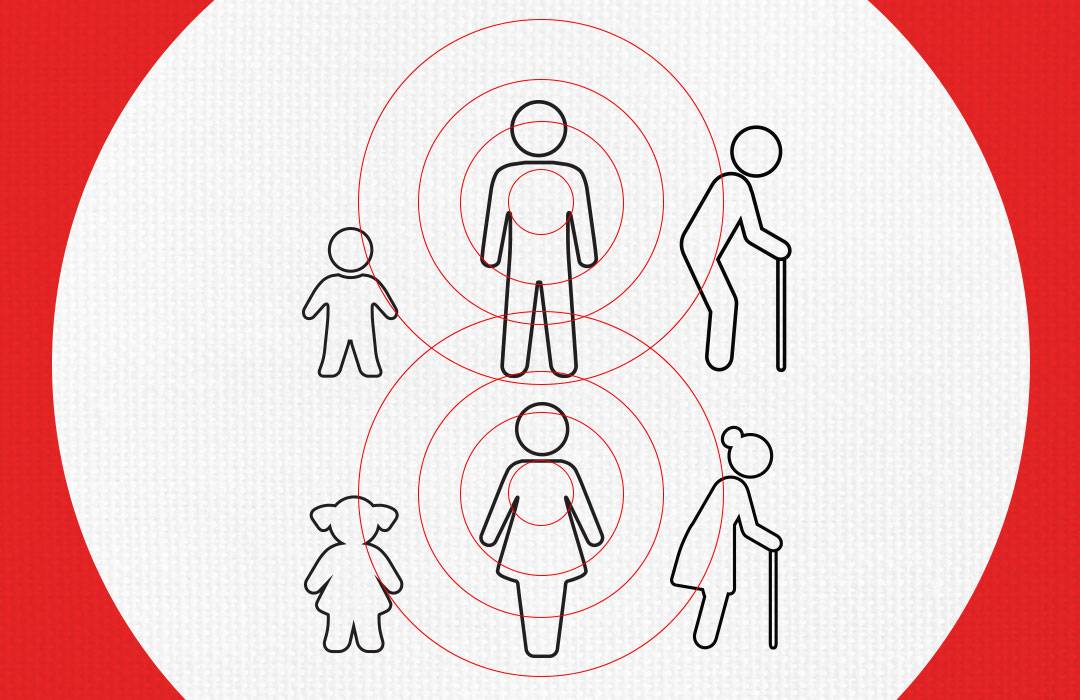 The study adds to the body of work of Anne Case and Sir Angus Deaton of Princeton University and Arthur Stone of the University of Southern California (USC), who have long studied morbidity and mortality around the world. Using survey responses from more than 2.5 million adults, the trio compared the relationship between age and reported physical pain in the United States.

The findings have profound policy implications. Today’s less-educated elderly have experienced less pain throughout their lives than the less-educated middle-aged people of today, who will be tomorrow’s elderly. This could put further strain on the health care system, and the treatment of pain is difficult and controversial — often linked to the opioid crisis, the researchers said.

“The connection between less-educated Americans and pain is shaped by a number of factors from income to social isolation to rising deaths of despair. It’s of great concern to us, as researchers, that it seems to be worsening,” said Case, the Alexander Stewart 1886 Professor of Economics and Public Affairs, Emeritus at the Princeton School of Public and International Affairs.

Case conducted the study with Deaton, who is the Dwight D. Eisenhower Professor of International Affairs, Emeritus, and Stone, a professor of psychology at USC.

The researchers used data from surveys conducted by Gallup, the U.S. Census Bureau, and the European Union. Reports of pain were recorded between 2006 and 2018 among adults aged 25-79 in the U.S. and 20 other wealthy countries. The American data were confined to Black and White non-Hispanics.

A snapshot of ages at a single moment in time cannot distinguish the effects on pain of age from intergenerational trends over time, so Case, Deaton, and Stone looked at different birth cohorts born between 1930-90. To do this, they used data from four U.S. surveys: the Gallup Health and Wellbeing Index, the Census Bureau’s National Health Interview Survey, the Department of Health and Human Services’ Medical Expenditure Panel Survey and the University of Michigan’s Health and Retirement Study.

In their first analysis, they found that men and women of all races worldwide report more pain as they age, a finding they expected. In their second analysis — after controlling for education level — they found this to also be true for Americans with a bachelor’s degree. Only the two-thirds of the U.S. population without a college degree reported more pain in midlife.

“This seems to be an exclusively American phenomenon, as people in other rich countries do not report higher pain in midlife,” Case said.

Less-educated Americans also experience more pain as they age. However, because each birth cohort reports higher levels of pain throughout their adult life than the cohort before them, those in middle-age report more pain at any given age than their elders, who have had lower pain levels throughout their lives.

The rise in pain from cohort to cohort also signals increasing chronic intergenerational distress, which could be caused by a myriad of factors. Less-educated people are experiencing more social isolation, more fragile home lives, less marriage, and more divorce, as well as stagnant wages and job loss. They’ve also seen rising deaths of despair, from suicide, drug overdose, and alcoholic liver disease, according to past work by Case and Deaton.

Of course, there are possible caveats, the researchers point out. People could be reporting more minor pain than in the past, or due to their pain, they could also have lost their jobs or taken on jobs with less physical strain (and lower wages). Obesity is also a chronic problem in America; with more weight comes more strain on the body. The uptick in people going to college could also explain some of the cohort-by-cohort differences.

Still, the findings should signal to policymakers that less-educated Americans are experiencing more and more distress, that tomorrow’s elderly will see more pain than today’s elderly, and that the issue of pain — and its treatment — isn’t going away anytime soon.

“Pain undermines quality of life, and pain is getting worse for less-educated Americans,” Deaton said. “This not only makes their lives worse, but will pose long-term problems for a dysfunctional healthcare system that is not good at treating pain.”

Funding for the study was provided by the National Institute on Aging. The paper, “Decoding the mystery of American pain reveals a warning for the future,” first appeared online Sept. 21 in PNAS.

Americans with and without children at home report similar life satisfaction