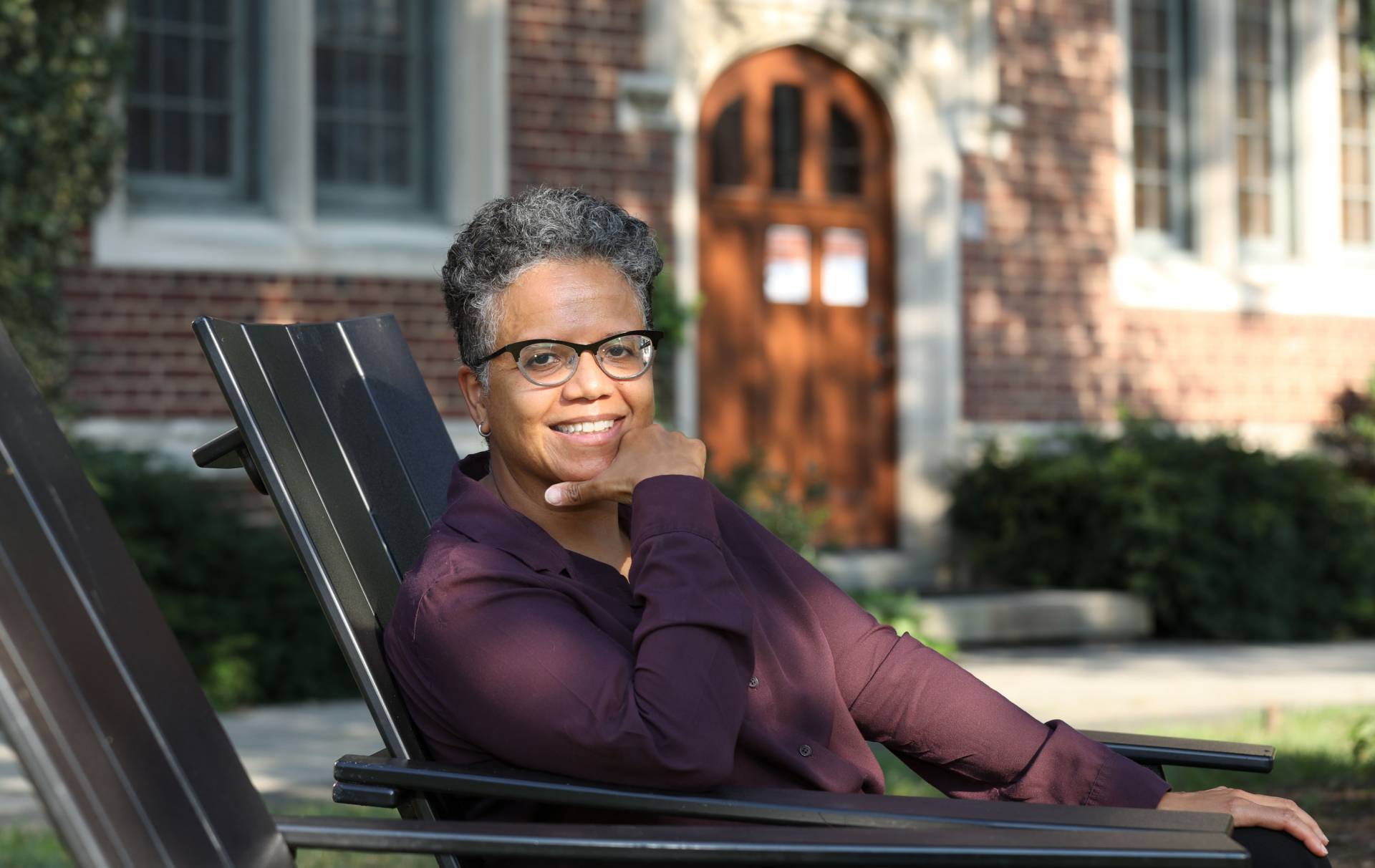 Princeton professor Judith Weisenfeld exposes ways in which white Southern physicians’ prejudices regarding African American religious practices in the years following Emancipation fueled the rise of theories about race-based susceptibility to mental illness. Echoes of these theories persist today and are evident in discussions about why Blacks disproportionately get sick and die from COVID-19.

In Princeton's 2020 Discovery magazine, Judith Weisenfeld, the Agate Brown and George L. Collord Professor of Religion and chair of the Department of Religion, explains how psychiatry was used to subjugate Blacks following Emancipation.

Editor’s note: On Dec. 1, Weisenfeld and colleagues at the University of Pennsylvania and Washington University in St. Louis, received a $1 million grant from the Henry Luce Foundation for The Crossroads Project to advance public understanding of the history, politics and cultures of African American religions. Research will highlight diverse traditions, past and present — including how Black religious leaders and communities have responded to COVID-19, climate and environmental crises, and struggles for racial justice. The project, housed in Princeton’s Center for the Study of Religion (CSR), includes the development of resources for students, teachers and interested members of the public; and a mentoring program for graduate students and early-career scholars, including a postdoctoral fellowship at Princeton. Read more on the CSR website.

“The Crossroads Project responds to significant questions and challenges Americans face in our current moment regarding the relationship among race, religion and national identity, and the Henry Luce Foundation’s support represents a major investment in advancing the public conversation around these vital issues,” Weisenfeld said. “The project grows, in part, out of my own research on the complex interplay between Black religious experience and American society and culture, and I am eager to continue this work in a collaborative, multidisciplinary project.”

In 1883, a small news item appeared in the Richmond Dispatch: “Mary Judah … (colored) charged with being disorderly and using profane language on the street. Fined $2.50.”

Although the fine was modest compared to the $20 speeding ticket given to the driver of a horse-drawn buggy, it was probably a significant sum for Judah, a 21-year-old domestic servant. She paid the fine, but two years later found herself in court again. This time she faced a new charge: lunacy.

At her hearing, white physician James Beale testified that the defendant was “noisy, filthy and quarrelsome.” What was more, Beale said, Judah claimed she was the victim of supernatural forces: She’d been “tricked or conjured” by someone who meant her harm. The all-white panel of three judges declared Judah insane due to “religious excitement” and committed her to Virginia’s Central State Hospital for the Colored Insane.

Although Judah may not have deserved the diagnosis — she was discharged within two years — her case was by no means unique. In the decades following the Civil War, the number of African Americans committed to asylums in the South increased significantly. By some accounts, the number of “colored insane” in the United States rose ten-fold from 1850 to 1890.

The cause of this apparent upsurge in mental instability was, prominent white Southern psychiatrists of the day claimed, that African Americans were by nature “unsuitable for freedom.”

In 1885, Mary Judah, a 21-year-old domestic servant who most likely was born enslaved, was committed to Virginia's Central State Hospital for the Colored Insane. Her commitment papers list the cause of her condition as “religious excitement,” a justification listed far more commonly for Blacks than whites admitted to Southern asylums during the decades following Emancipation.

Image courtesy of the Library of Virginia

Judith Weisenfeld, a historian of religion at Princeton, has been tracing the stories of African Americans like Judah and others declared insane over the century following Emancipation. Weisenfeld’s research tracks the parallel rise in psychiatry as a field of science and the rise in the discipline’s racialized theories about African Americans, theories that helped fuel continued subjugation after the end of slavery. Her work reveals that racialized theories persisted among influential white psychiatrists well into the 20th century. What is more, our national conversation about the cause of racial disparities in COVID-19 victims suggest that these theories likely influence us still.

“At the same time that psychiatry was emerging as a distinct medical specialty in the mid-1800s, physicians were lending medical authority to the idea that Black people were unfit for freedom,” said Weisenfeld, the Agate Brown and George L. Collord Professor of Religion, and chair of the Department of Religion, who is writing a book on the topic with support from a grant from the National Endowment for the Humanities. “That was one of the things that was most striking to me.”

Many respected mid-19th-century psychiatric journals promoted the idea of African Americans’ racial predisposition to emotional states and superstitions, and thus to mental illness. J.D. Roberts, a physician at North Carolina’s Eastern Asylum for the Colored, wrote in the North Carolina Medical Journal in 1883 that African Americans were “superstitious; fearful of hidden dangers; fond of the marvelous and religious to an extent almost approaching fanaticism.”

This racial predisposition toward religious excitement existed, according to white doctors, whether the religion was Christianity, Islam or traditional beliefs with roots in Africa. In the post-slavery era, many African Americans increased their participation in various forms of religion, including Pentecostalism, which was also popular with whites and featured divine healing and speaking in tongues.

In addition, some African Americans engaged in spiritual practices with roots in Africa, including beliefs that combining ingredients and incantations could make potions or talismans with the power to protect, heal or harm. The reliance on traditional practices, known by names such as conjure, voodoo, and rootwork, is perhaps not surprising given that enslaved African Americans had often been denied conventional medical care, and sought such remedies to treat real physical and mental suffering.

But to white Southern psychiatrists, beliefs in supernatural remedies and extreme expressions of Christianity alike fit the racist mindset that “the Negro race” was unable to cope with the challenges of freedom. According to this theory, African Americans’ uncivilized nature and mental inferiority made them incapable of surviving in a complex society.

“Early psychiatrists made presumptions about what authentic, reasonable religious practices looked like, and some of what African Americans were practicing did not look reasonable to judges, police and doctors,” Weisenfeld said. “These practices were in some contexts criminalized, and certainly stigmatized and marginalized.”

As a scholar, Weisenfeld views both mainstream and supernatural practices as fitting the definition of religion. “Religion is determined by its context,” she said. “It has political and economic consequences. It is significant that white courts, white medical professionals, white police and white religious authorities had the power to say what was and what was not religion.”

Not only did white authority figures adjudicate Black religious expression, but they applied the “religious excitement” standard differently to Black versus white mental patients. Both Black and white individuals admitted they feared being harmed, poisoned or plotted against, according to Weisenfeld’s research at the Library of Virginia and other archives. Yet religious excitement was a top cause of insanity among Black patients but not among white patients. About one-fourth of the Black patients admitted to the “colored” hospital with Mary Judah in 1885 had religion listed as a factor in their insanity, versus 5% of whites admitted to the asylum for whites.

The cure for these manias and melancholies, as they were called, was a soothing environment far from the travails of civilized life. For whites, this “moral therapy,” which was adopted widely in the U.S. in the mid-1800s, included hot baths, art classes and various amusements. However, treatment was not equal. 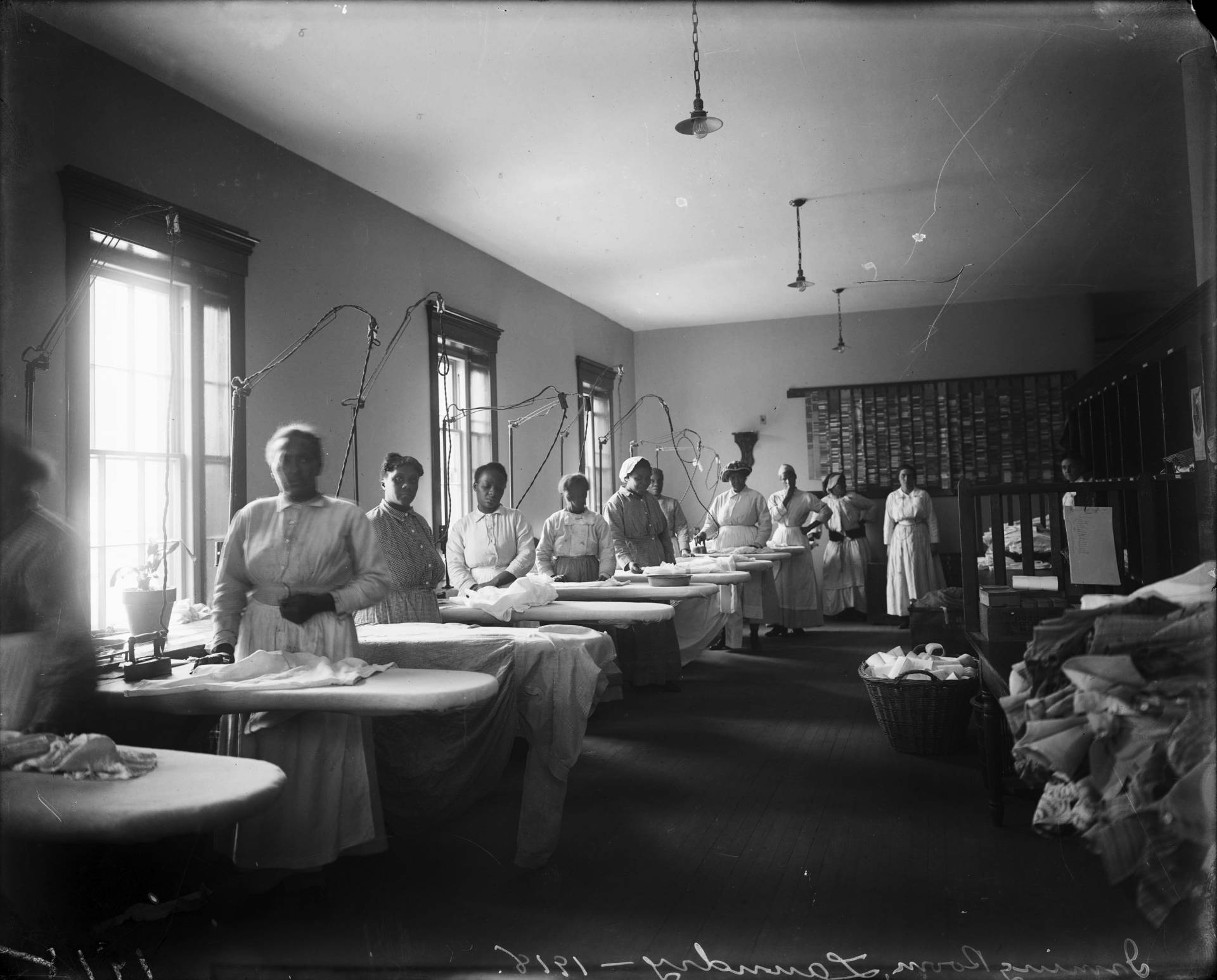 Racialized theories of the cause of mental illnesses were matched by racialized treatments: The therapy for manias and melancholies for Black men was often labor in the fields, and for women, washing and ironing.

Image courtesy of the National Archives

Black patients were more likely to be prescribed labor in the fields of the institution for men, or sewing and washing for women. Patients who demonstrated the ability to work and attend church services might eventually be discharged. “The treatment was labor,” Weisenfeld said. “It was: How do we make them productive for the larger white society?”

As the 20th century dawned and the field of psychiatry matured, the role of race in the diagnosis of mental instability persisted, Weisenfeld found. In 1910, psychiatrist Arrah Evarts at the Government Hospital for the Insane in Washington, D.C., one of the most prominent asylums in the nation, repeated many of the erroneous and racist ideas developed decades earlier.

“As to the religion of the native African, it is but a belief in witchcraft,” Evarts wrote. “Of ethics he has no conception. During its years of savagery, the race had learned no lessons in emotional control, and what they attained during their few generations of slavery left them unstable. For this reason we find deterioration in the emotional sphere most often an early and a persistent manifestation.”

Although the field of psychiatry has since evolved, the national discourse on race and societal fitness retains shadows of these racialized theories, Weisenfeld said.

The COVID-19 pandemic has provided evidence that beliefs persist about Black predispositions to illness, both mental and physical, today.

Initial public reactions to news that Blacks and Hispanics were disproportionately likely to get sick and die from COVID-19 often focused on supposed physical predispositions and moral weaknesses. In fact, the disparity stemmed from a range of socioeconomic determinants of health, including the fact that, in many parts of the country, people of color are more likely than whites to work in jobs deemed “essential” for which working at home is not an option, and are less likely to have paid sick leave and adequate healthcare.

“When we first heard, ‘Black people are more likely to get COVID-19,’ the news was often conveyed in a manner to suggest that it was due to something in the bodies of Black people,” Weisenfeld said. “It took a long time for other arguments to come to the fore. I think people fell back quickly on a kind of racial essentialism that I see in psychiatry and a variety of medical specialties in the 19th and early 20th century.”

A related factor, Weisenfeld said, is that people are quick to cast poverty as a moral failing. “People are blamed for being poor,” she said. “There has been a kind of moral judgment about who gets COVID-19, and why the infection and death rate among people of African descent is higher. And that’s certainly similar to, in the late 19th and early 20th century, white psychiatrists saying that there is something essential that about the Black mind that is leading people to become mentally ill, and that slavery protected them from the worst outcomes of this.” 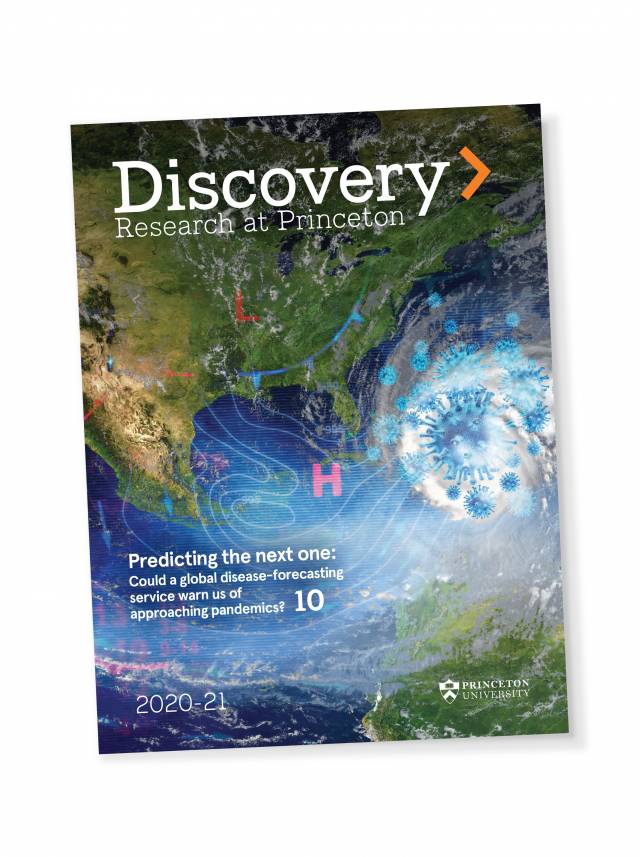 The cascade of blame, Weisenfeld said, legitimizes inaction and reinforces existing systems that keep marginalized groups from claiming the same rights to health as whites. “There are ways in which American medicine and broader society have discounted entire populations as not meriting support or even adequate medical care,” Weisenfeld said. “And I think we saw some of those intersections early in the COVID-19 pandemic.”

“I see parallels between people today and the people I’m finding in the archives of the asylums.”

“Achieving racial equity and justice in mental health care requires that we understand the historical entanglement of ideas about race, religion and mental normalcy in psychiatry,” Weisenfeld said, “and I hope my work can help contribute to that.”