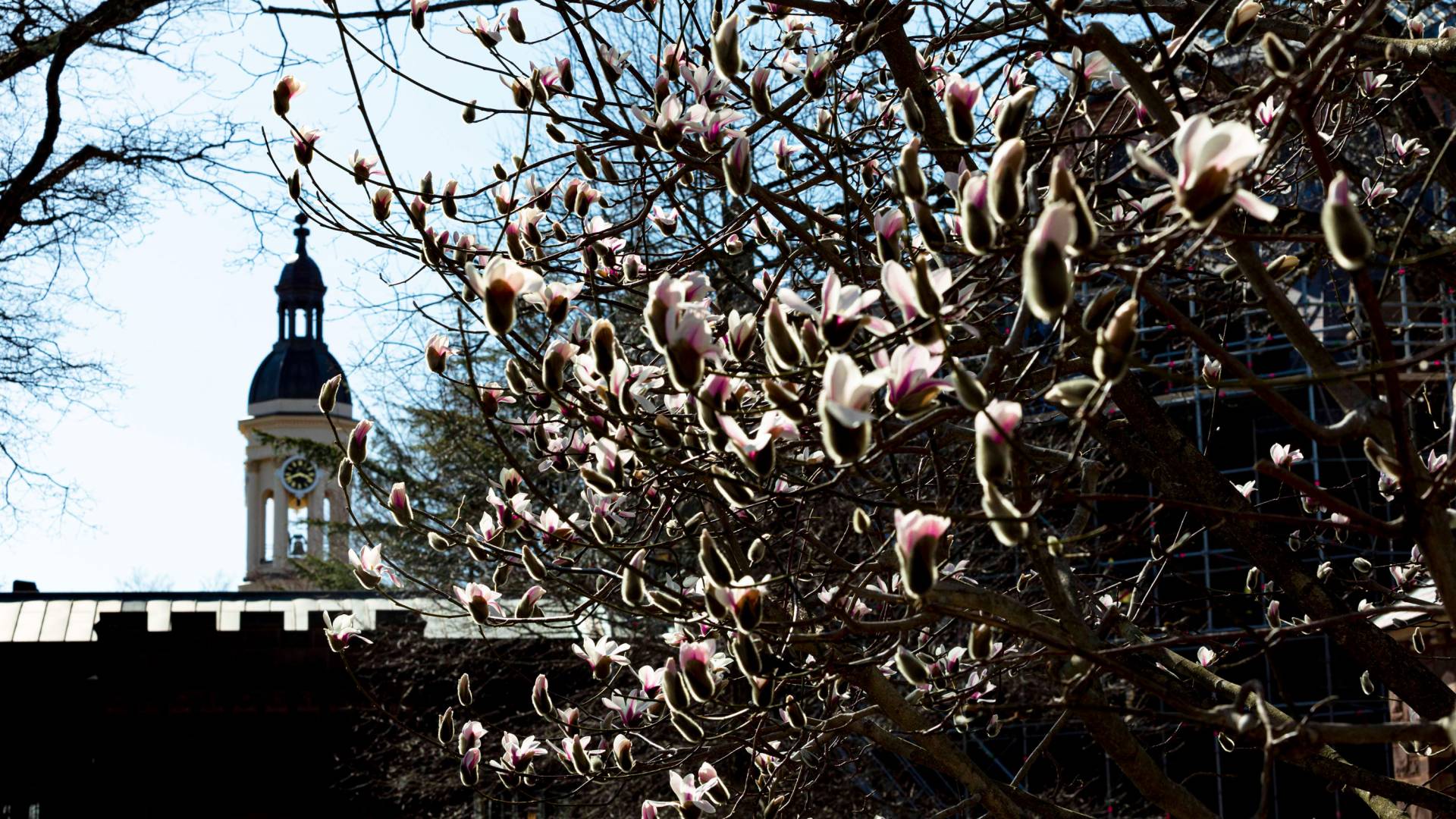 The Ad Hoc Committee on Principles to Govern Renaming and Changes to Campus Iconography, a trustee-level committee charged with developing general principles to govern questions about when and under what circumstances it might be appropriate for the University to remove or contextualize the names and representations of individuals present on the Princeton campus, finalized its recommendations to the University’s Board of Trustees in late March.

The board adopted the committee’s report and recommendations in April. The report is available in full on the ad hoc committee’s website.

The committee noted that the principles and criteria are intended to serve as guidelines for the board’s use and that the board will need to exercise judgment to apply them to cases in the future. The committee also recognized that there are two types of namings on the University campus — those that recognize gifts and those that serve to honor a namesake’s legacy — and explained that the principles and criteria will apply in different ways to these two types of namings.

The principles and criteria are:

2. Naming decisions complement and supplement other initiatives to achieve equity and inclusivity. Names and symbols matter to Princeton’s campus and community, but the addition, removal or contextualization of names and images are neither the sole nor the primary ways by which the University fulfills its aspirations to become more fully inclusive to people from all backgrounds.

3. A decision to rename should be exceptional. Renaming should occur only under exceptional circumstances, informed and constrained by established and clear criteria. As it explained in its report, the ad hoc committee used criteria largely drawn from the report of the Yale Committee on Principles to Establish Renaming. These criteria are:

The committee noted that any or all of the proposed criteria may be relevant to a particular case.

5. Renaming decisions should be governed by a clear, inclusive and rigorous process. The processes by which the University considers questions about particular names or images should be clearly articulated and publicly known, open to community input and informed by scholarship.

“It has been a true honor to work alongside the engaged and thoughtful group of trustees, faculty, administrators, students and alumni who served on the committee over the course of the academic year,” said University Trustee Craig Robinson, Class of 1983, who chaired the ad hoc committee. “The issues before the committee were challenging and important, and I am grateful to the many members of the University community who shared their views with us in listening sessions and through the committee’s website. Input from University faculty, students, staff and alumni, as well as outside scholars, was critical to our deliberations, and it helped us to develop a set of principles and criteria that we hope will serve Princeton well.”

The ad hoc committee was formed in September 2020 in response to a charge from board Chair Louise (Weezie) Sams, Class of 1979, and President Christopher L. Eisgruber to develop principles that can guide the board’s decision-making about renaming and changing iconography over the long term, and to propose processes that can be used to bring related issues or recommendations to the board’s attention.

In a September 2, 2020 letter to the community, Eisgruber noted that the ad hoc committee’s work would take place “in conjunction with other ongoing efforts to diversify Princeton’s institutional narrative and strengthen the welcoming character of the campus.”

The ad hoc committee was composed of 11 trustees including Robinson and augmented by members of the Council of the Princeton University Community Committee on Naming, including two administrators, four faculty members, two undergraduate students, one graduate student and one alumnus.

Committee members heard a broad range of views and perspectives on the issues at hand, holding 14 listening sessions that were attended by more than 150 members of the Princeton community, including students, faculty, staff and alumni. The committee also established a website through which members of the University community could share their perspectives. Approximately 50 comments were submitted through the webform.

The committee also solicited scholarly input, meeting with an interdisciplinary group of scholars with expertise in fields including ethics, history and psychology for a discussion about its charge.

The committee urged the University to accelerate its efforts to add to and expand the range of names, images and symbols on campus that illustrate Princeton’s institutional narratives. These include taking a proactive approach to updating University pictures, imagery and displays; continued expansion of the names represented on campus; support for scholarly initiatives, such as “the Princeton and Slavery Project”; and efforts to ensure that when names or people are used to tell the story of Princeton’s past, it is done so impartially.

In its conclusion, the ad hoc committee noted that, like decisions about naming and renaming, the proposed principles and criteria are the product of a particular moment in time and are shaped by the current context on Princeton’s campus and beyond. It encouraged the board to revisit the principles and recommendation in five to 10 years, at which point, informed by experience, it could reflect upon their usefulness and consider whether revisions would be beneficial for the University.

Since the Board of Trustees adopted the Report of the Trustee Committee on Woodrow Wilson’s Legacy at Princeton in April 2016, the University has undertaken several important initiatives to expand the narrative of Princeton’s history and foster an inclusive sense of place on campus.

The Portraiture Nominations Committee was formed in 2017 to suggest additions to Princeton’s portrait collections. The portraits commissioned by the University highlight the broad diversity of the Princeton community and recognize significant contributions made by members of the community. Portraits will continue to be added to the University’s collections.

In June 2020, the decision by the Board of Trustees to remove Woodrow Wilson’s name from the School of Public and International Affairs was a landmark moment in Princeton’s history informed by earlier discussions of and confrontations with Wilson’s legacy. The ad hoc committee agreed with this decision based on the criteria it has developed for future naming decisions.