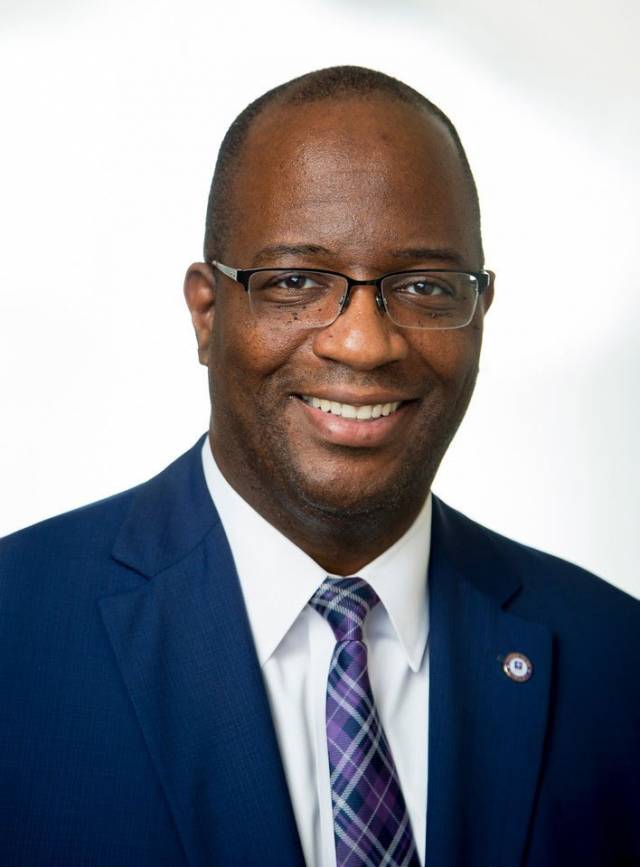 Jarrett earned his bachelor’s degree in English from Princeton in 1997. He has a long career as an influential academic administrator, professor and scholar of African American literary studies.

"I am thrilled that Gene Andrew Jarrett has agreed to be Princeton's next dean of the faculty,” President Christopher L. Eisgruber said. “He brings to the office a rare combination of scholarly excellence, administrative experience, and deep devotion to liberal arts education and Princeton's defining values. He is also a nationally recognized leader on issues of diversity, equity and inclusion. I am delighted to welcome him back to Princeton, and I look forward to working closely with him in the years to come."

As dean of the faculty, Jarrett said he looks forward to helping Princeton “fulfill its strong commitment to recruiting, cultivating and retaining a distinguished faculty.” The Office of the Dean of the Faculty oversees and supports Princeton’s faculty, professional researchers, professional specialists and professional librarians. In fall 2020, the faculty (including visitors and part-time faculty) totaled 1,295 and the academic professional population totaled 1,530.

“I seek to ensure that the faculty is recognized even more for its scholarly excellence, its dedication to innovative teaching, and its diversity of intellectual ideas and social experiences of the world,” Jarrett said. “As an alumnus, I have always held a profound, abiding interest in the academic culture and future of Princeton University. Being dean of the faculty will enable me to help advance the University’s longstanding commitment to having a positive impact on humanity, a core idea of higher education that continues to inspire me.”

In his current role at New York University (NYU), Jarrett provides vision and leadership for CAS in setting undergraduate academic standards and policies; updating current and developing new academic programs; and supporting efforts to improve the access, affordability and advancement of higher education. He served from 2019-21 as Vice Chair of Deans Council, which represents to the University Senate the educational and administrative policies of the Deans and Vice Chancellors across the NYU campuses of New York City, Shanghai and Abu Dhabi.

Jarrett also serves on the Association of American Universities’ (AAU) Advisory Board for Racial Equity in Higher Education, and is a member of the AAU subcommittee on faculty and graduate student recruitment.

Before joining NYU, Jarrett was a Professor of English and faculty administrator at Boston University (BU) from 2007-17. His leadership roles included Associate Dean of the Faculty for the Humanities, Acting Director of African American Studies and Chair of the Department of English, where he strengthened the department in the areas of scholarly excellence, environmental sustainability, undergraduate and graduate curricula, and academic facilities. He also co-chaired BU’s 2016 University Task Force on Faculty Diversity and Inclusion, leading a University-wide discussion and development of strategies to improve the recruitment and retention of underrepresented faculty at BU.

In his current role as Dean of CAS, Jarrett’s impact has been felt across NYU. He was a principal author of NYU’s first AAU grant, won in 2019, for “Excellence in Undergraduate Laboratory Sciences Instruction by Design,” a two-year effort in convening NYU faculty in STEM disciplines to pilot and evaluate new techniques for STEM teaching, particularly laboratory science instruction. He created a baccalaureate degree in Data Science at NYU, in partnership with the Courant Institute of Mathematical Sciences and the Center for Data Science.

He also launched the first major faculty revision in a quarter century of the College of Arts and Science’s Core Curriculum. The curriculum is a set of liberal arts and science courses which all first-year, incoming CAS students and approximately one-third of undergraduate NYU students outside of CAS take as part of their general education. He also established the CAS Technology-Enhanced Education Committee, in which faculty collaborate to set the academic standards, guidelines and learning outcomes for online and hybrid education.

Jarrett’s faculty career began in 2002 at the University of Maryland, College Park, where he started as an Assistant Professor of English. As a scholar and teacher, he focuses on African American literary history from the 18th century to the present; broader U.S. literary history between the Civil War and World War II; and theories of literature, aesthetics and intellectual historiography.

He is the author of two acclaimed books and the editor of eight more books on African American literature and literary criticism. For this scholarship he has won awards from the Radcliffe Institute for Advanced Study at Harvard University and the American Council of Learned Societies. His third authored book, a comprehensive biography of the legendary African American poet Paul Laurence Dunbar, is forthcoming from Princeton University Press next year, coinciding with the 150th anniversary of the poet’s birth.

In 2012, Jarrett was elected Chair of the American Literature Section (ALS), at that time the largest component section of the Modern Language Association of America (MLA). On behalf of ALS, he served as Chair of the Foerster Prize Committee, and was elected to a three-year term on the ALS Advisory Council, which appointed colleagues to the editorial board of the journal American Literature. He also was appointed in 2013 as Chair of the MLA’s William Sanders Scarborough Selection Committee, which determined the best book published on African American literature and culture.

Jarrett earned master’s and doctoral degrees in English from Brown University. He credits his undergraduate experience at Princeton with inspiring his academic career and scholarly interests.

“Although formally I have been away from Princeton University for quite a while, my past as an undergraduate means that the institution remains deeply familiar to me,” Jarrett said. “I learned from faculty in the classroom, listened to them when I was deciding on which courses to take, worked with them for my junior and senior thesis research, and intellectually engaged them in the co-curricular setting of the residential college.”

As a student, Jarrett was a fellow of the Mellon Mays Undergraduate Fellowship Program and won an Andrew W. Mellon Fellowship in Humanistic Studies his senior year, which he used to pursue doctoral study in English language and literature at Brown.

“When I was a Princeton student, the professors who impacted me most as mentors were the late Toni Morrison in the Program in Creative Writing; Hans C. Aarsleff and Arnold Rampersad in the English Department; Nell Painter in the Department of History; and Yannis Kevrekedis in the Program in Applied and Computational Mathematics,” Jarrett said. “I also was inspired by such faculty at the time as Eduardo Cadava, Cornel West, the late John Conway and Robert C. Gunning. Incidentally, Gunning was Princeton’s dean of the faculty while I took his course ‘Complex Analysis.’”

Princeton was also where Jarrett met his wife, Dr. Renée Boynton-Jarrett, Class of 1997, when they were first-year students living in Forbes College. Boynton-Jarrett is a professor at Boston University School of Medicine, pediatrician and social epidemiologist.

“As I return to Princeton, I cannot help but recall my formative undergraduate experience,” Jarrett said. “In the years ahead, I anticipate that Princeton faculty will continue to educate students and transform the world in the fabulous ways that I had witnessed and enjoyed decades ago.”

Jarrett will follow Sanjeev Kulkarni as dean of the faculty. Kulkarni, the William R. Kenan, Jr., Professor of Electrical Engineering, announced last January he would step down as dean to return to the Princeton faculty.