Frederick Wherry has been named the inaugural vice dean for diversity and inclusion in Princeton’s Office of the Dean of the Faculty. As vice dean, Wherry also will serve as director of the Presidential Postdoctoral Research Fellows Program at Princeton. His appointment begins July 1. 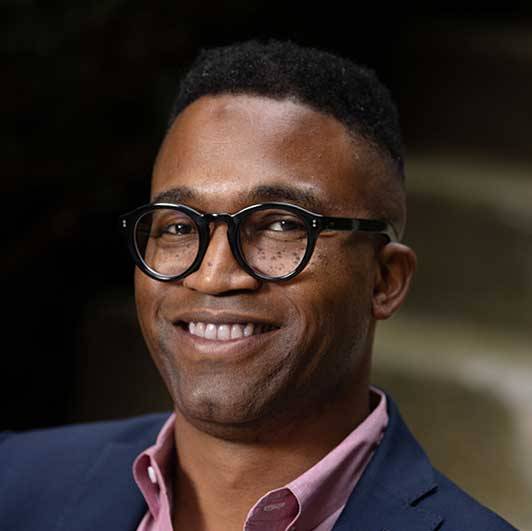 Wherry is the Townsend Martin, Class of 1917 Professor of Sociology. He is an associated faculty member of the Department of African American Studies and the Kahneman-Treisman Center for Behavioral Policy. He joined the Princeton faculty in 2017, having previously served on the faculty at Yale and Columbia universities and the University of Michigan.

Dean of the Faculty Gene Jarrett, to whom Wherry will report, said the new vice dean position will support the University’s efforts to recruit and retain a more diverse faculty.

“Since my arrival as dean of the faculty last summer, I have held key conversations with President Christopher L. Eisgruber, senior University leaders, and department chairs and directors of programs, centers and institutes to develop a series of strategic priorities to strengthen the support of our faculty and academic professionals,” Jarrett said in a message announcing Wherry’s appointment. “Improving the diversity and environment of inclusion among the populations we recruit and retain through the Office of the Dean of the Faculty developed as one of these priorities.”

Jarrett said the vice dean for diversity and inclusion will be charged with proactively meeting with University administrative and faculty leaders to help establish best practices for supporting the professional well-being and advancement of faculty and academic professionals. The vice dean will also help conduct institutional research on the history, progress and possibilities of diversifying the University’s faculty and academic-professional community.

“After spending time with Professor Wherry and learning more about the impact and interventions of his scholarship, his profound commitment to educating our students, and his dynamic versatility as an academic leader, he struck me as the ideal colleague to augur our efforts in fulfilling the vision of vice dean for diversity and inclusion,” Jarrett said.

Wherry said he is proud to help lead an initiative that is integral to the University’s teaching and research missions.

“Diversity and inclusion are critical to our core mission,” Wherry said. “When our faculty and academic professionals can participate fully in our shared endeavor, we are all able to see problems in new ways, pushing the boundaries of what’s possible, making way for innovation.”

Wherry said he is looking forward to working with academic departments and programs across the University to help recruit, cultivate and retain talented faculty and academic professionals.

“The faculty members we attract to Princeton could teach anywhere, but they choose to come here,” Wherry said. “How do we strengthen existing recruitment tools and develop new ones to ensure that a larger pool of diverse talent takes a serious look at Princeton? Once they are here, how do we help them feel that they can be part of the community while being exactly who they want to be? And how do we learn about and tell the history of faculty diversity at Princeton in a way that is transparent and generative, helping us build a bigger, stronger, deeply talented and deeply diverse academic community?”

Wherry’s new role will also include directing the Presidential Postdoctoral Research Fellows Program, which recognizes and supports scholars who can contribute to the University’s diversity, broadly defined, including groups that have been historically and are presently underrepresented in the academy or in certain disciplines.

“Having benefited from a Mellon Postdoctoral Fellowship in the humanities and social sciences at the University of Pennsylvania, just after graduating with my Ph.D. from Princeton, I can affirm what I’ve heard from some of our postdoctoral fellows here: These opportunities can literally change the course of one’s academic journey,” Wherry said. “And as I think about what is possible, I can also say that what we do at Princeton shapes not only the environment of excellence here, but also across the entire ecosystem of universities.”

Wherry is the 2022-23 president of the Eastern Sociological Society and was the 2018 president of the Social Science History Association. He is currently the elected faculty representative to the executive committee of the Princeton Alumni Council, and he serves on the advisory board for the Race in the Marketplace Network.

He has served in advisory roles at the Boston Federal Reserve, the Aspen Institute’s Financial Security Program and the Mission Asset Fund. He has also served as a member of the Inclusive Financial Systems Working Group, hosted by the Mastercard Center for Inclusive Growth and the Aspen Institute. This year, Wherry was appointed to the Wealth Disparity Task Force by New Jersey Gov. Phil Murphy.

At Stanford University Press, he co-edits the book series “Culture and Economic Life.” He is the director of the Debt Collection Lab and the founding director of the Dignity + Debt Network, a partnership between Princeton University and the Social Science Research Council.

Wherry earned his B.A. in public policy and creative writing in 1996 at the University of North Carolina at Chapel Hill; his master’s in public affairs in 2000 from the Princeton School of Public and International Affairs; and his doctorate in sociology in 2004 from Princeton University, after which he was named a Mellon Postdoctoral Fellow.

Denise Valenti contributed to this story.