Rodney Priestley, the Pomeroy and Betty Perry Smith Professor of Chemical and Biological Engineering and vice dean for innovation, has been named dean of Princeton University’s Graduate School. He will begin in his new role on June 1. 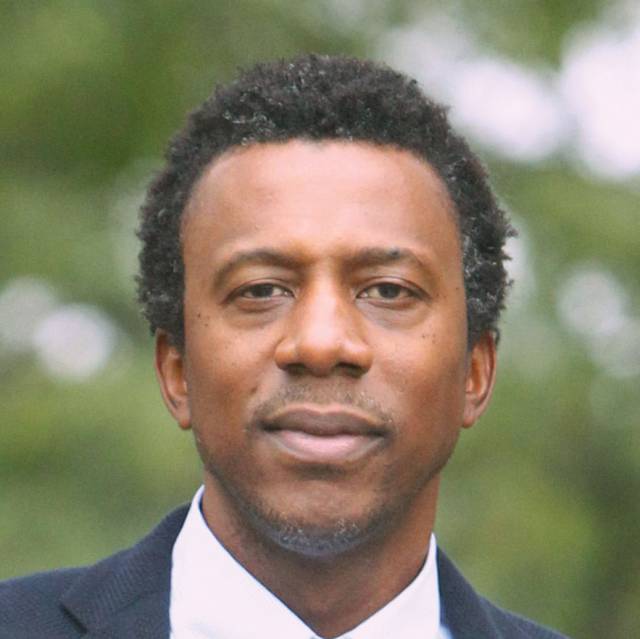 “Rod Priestley is a superb scholar, a dedicated teacher and a proven administrator,” said Princeton University President Christopher L. Eisgruber. “He cares deeply about graduate students and graduate education, and I am confident that he will lead Princeton’s Graduate School with distinction.”

“Rod will make a wonderful dean of the Graduate School,” said Provost Deborah Prentice, the Alexander Stewart 1886 Professor of Psychology and Public Affairs. “He is a committed educator, a creative problem-solver, and an empathic listener and observer. I expect that he will flourish in this role.”

A search committee chaired by Prentice and composed of faculty members and graduate students proposed the selection of Priestley, a leading researcher in complex materials and processing.

“My interest in becoming dean of Princeton’s Graduate School originates with my own personal experience of graduate school,” Priestley said. “The mentorship, encouragement and support I received has enabled every goal I have reached throughout my career. My advisers’ belief in me has always inspired me to give back to others to whatever extent possible.”

He added, “I’m really, really excited to be able to serve a wide range of graduate students, and hopefully impact their graduate education in a manner that they have an experience that’s as good as the one that I did.”

Priestley’s predecessor, Sarah-Jane Leslie, the Class of 1943 Professor of Philosophy, stepped down as dean in July 2021 after serving more than three years in that position to return to the faculty. Cole Crittenden, deputy dean of the Graduate School, has served as acting dean in the interim.

Since joining Princeton’s faculty in 2009, Priestley has performed groundbreaking fundamental research in materials science, facilitated the development and translation of intellectual property derived from that research into products and enterprises, and expanded Princeton’s ties with industry, entrepreneurs, venture capitalists, alumni and other partners. All the while, he has maintained a deep commitment to recruiting and developing Princeton graduate talent from all backgrounds.

Priestley earned a B.S. in chemical engineering from Texas Tech University and a Ph.D. from Northwestern University. He joined the Princeton faculty as an assistant professor after completing a postdoctoral fellowship at École Supérieure de Physique et de Chimie Industrielles in Paris. Priestley became an associate professor in 2015 and a full professor in 2019.

In 2020, Priestley was named to the endowed professorship and appointed Princeton’s vice dean for innovation, a role that provides academic leadership for innovation and entrepreneurship activities across campus. A search will be underway soon to fill that position, led by Pablo Debenedetti, dean for research, the Class of 1950 Professor in Engineering and Applied Science and professor of chemical and biological engineering.

Priestley will continue as co-director of the NSF Innovation Corps (I-Corps) Northeast Hub, a Princeton University-led consortium of regional universities that will form a new innovation network with a $15 million grant from the National Science Foundation, fostering innovation at Princeton and throughout the region.

“Graduate students drive a significant amount of the innovation that takes place on campus and a lot of the scholarship,” Priestley said. “Whenever startups or spinouts come out of university research, it is often the graduate student that becomes the CEO of that startup — the faculty member never leaves their academic position. And so, they help enable not only the innovations on campus, but in taking the scholarship off campus and the formation of new ventures.”

Debenedetti said Priestley has been “an extraordinary inaugural vice dean for innovation.”

“His vision, creativity and energy have enabled transformative initiatives, such as the Princeton Alliance for Collaborative Research and Innovation and the START fellowship, that speak to Princeton’s bedrock commitments to diversity, equity and inclusion, and to a robust engagement with the broader innovation ecosystem,” Debenedetti said. “He will now bring his outstanding scholarly, entrepreneurial and leadership credentials to his new role as dean of the Graduate School.”

Debenedetti added: “It is especially noteworthy that Rodney will continue his leadership role with the National Science Foundation-funded I-Corps Northeast Innovation Hub, in which graduate students play an absolutely essential role.”

Priestley will lead the Graduate School through a period of growth, new investment and an invigoration of its mission.

Construction is underway at Princeton’s Lake Campus Development, where new facilities will house more than 600 post docs and graduate students, allowing Princeton to offer housing to all its graduate students. After the initial phase of development is complete, the Lake Campus Development will provide potential sites for locating world-class scientific facilities, enabling the University to strengthen the region’s innovation ecosystem and creating opportunities for academic partnerships with nonprofit, corporate and government sectors.

The University also recently announced it will increase graduate fellowship and stipend rates to attract and retain the best graduate candidates from all backgrounds and from all over the U.S. and the world.

Among Priestley’s priorities as dean will be to sustain the Graduate School’s progress in diversifying the graduate student population and cultivating a more inclusive and welcoming environment; broadening professional and career development offerings through GradFUTURES; and innovating in the humanities.

In 2021, Priestley received an award from the Graduate School in recognition of his efforts to strengthen entrepreneurship awareness and training for graduate students, as well as for his role in the development of inclusive leadership training.

Priestley has mentored nine Ph.D. students through completion of their theses and served as director of graduate studies for his department from 2017 to 2020.

He is the faculty co-director of the Presidential Postdoctoral Research Fellows Program, aimed at enhancing diversity and addressing underrepresentation across campus, and he is the faculty adviser to the National Society of Black Engineers student chapter.

Kimberly Shepard, who earned her Ph.D. at Princeton in 2015 and joined Priestley’s group when he was in his second year as a professor, said she was struck by his dedication and integrity as he worked toward achieving tenure.

“As my adviser, he always listened carefully to my thoughts, and made me feel valued as a young scientist,” said Shepard, a recipient of Princeton’s Jacobus Fellowship, the University’s highest honor for graduate students. “He walked the balance between striving for excellence and being kind to all. With the Graduate School as his focus, I’m confident Rod will work relentlessly for the benefit of each student.”

Priestley is an affiliated faculty member with the Princeton Institute for the Science and Technology of Materials. He has served as associate director of the Princeton Center for Complex Materials since 2016 and will step down from that role.

His research group is focused on understanding how materials that undergo changes in their properties and join together when confined in tiny spaces open new possibilities for a vast range of novel applications, including drug delivery, designer colloids and sustainable manufacturing.

Priestley has published more than 100 articles, co-edited a book on polymer colloids with Professor Robert Prud’Homme, co-founded two startup companies based on inventions made in his laboratory at Princeton, and is co-inventor on 10 patent-pending technologies ranging from lightweight aerogels for membranes to colloids for gels and emulsions.

The most recent startup spun off from his research is AquaPao. The company utilizes a technique Priestley developed with postdoctoral research associate Xiaohui Xu for solar water purification to ensure access to clean water. The technology was featured in Newsweek and Fast Company, and earned Priestley and Xu a place on Newsweek’s America’s Greatest Disruptors List.

Priestley is associate editor of the Journal of the American Chemical Society Au.

He has also been honored for his teaching and mentorship. He was named to the Princeton Engineering Commendation List for Outstanding Teaching in 2020, received the Camille Dreyfus Teacher-Scholar Award in 2014, was selected for The Root 100 list of most influential African Americans in 2014, and was named to the American Society for Engineering Education’s list of 20 Under 40 Inspiring Young Faculty in 2014.

The NSF I-Corps Northeast Hub has launched, and applications are now open for its inaugural innovation training program for researchers