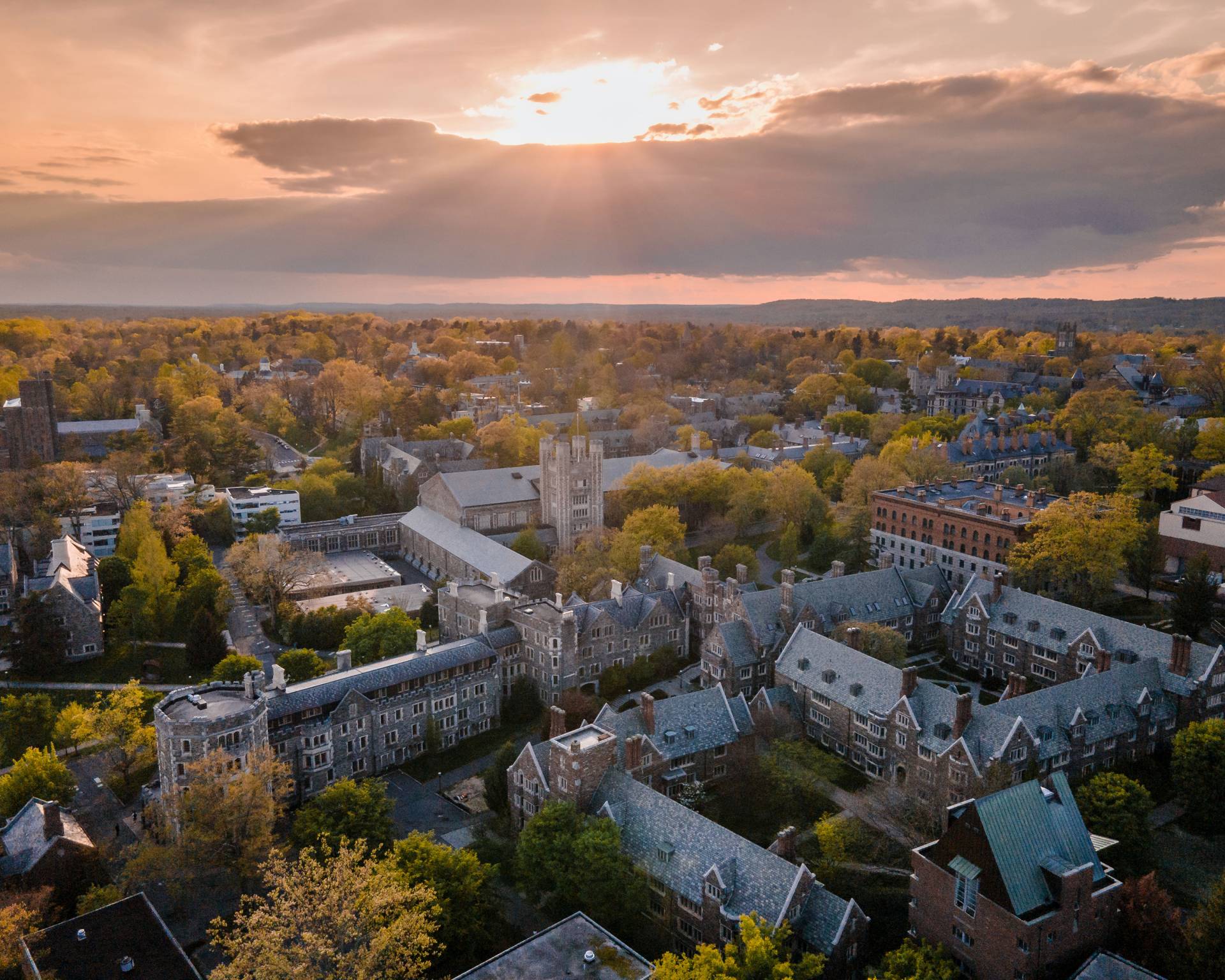 In keeping with its core truth-seeking mission and commitment to sustainability, Princeton University has established an administrative process for dissociating from companies engaged in climate disinformation campaigns or that are involved in the thermal coal and tar sands segments of the fossil fuel industry. The University also has committed to reducing the aggregate harmful climate impact of the entirety of the University’s direct and indirect endowment holdings.

Based on expert analysis and input, Princeton will set a target date by which to achieve net-zero greenhouse gas emissions across the University’s endowment portfolio, including intermediate goals to measure progress.

These steps, taken by the University’s Board of Trustees, are the result of a thoughtful process around the question of fossil fuel dissociation that included input from stakeholders across the campus community. This process culminated in a set of recommendations to the board from the Resources Committee of the Council of the Princeton University Community (CPUC). The Trustees used those recommendations as the basis for their deliberations, ultimately adopting a more aggressive set of policies grounded in Princeton’s history as a world leader in conservation and climate science research.

In order to implement these new policies, the Board of Trustees has authorized a number of administrative actions. First, the University will create an administrative process to determine what expert input is needed to establish, implement and sustain actionable criteria for dissociation from fossil fuel companies participating in campaigns that spread disinformation about climate change, and from companies in the thermal coal and tar sands segments of the fossil fuel industry — some of the biggest contributors to carbon emissions.

Second, Princeton will establish a committee of subject matter experts to determine how to define, measure and benchmark the greenhouse gas impact of the University’s endowment. The committee will recommend ways to reduce the aggregate harmful climate impact of Princeton’s direct and indirect holdings, and it will set a target date by which to achieve net-zero greenhouse gas emissions in the University’s portfolio, including intermediate goals to measure progress.

The new implementation process will allow the University to take into account the greenhouse gas impact of all companies in its holdings — not just fossil fuel companies — and to drive change and expand investment in innovative technologies that hold the most promise to benefit the environment.

The criteria to dissociate will be based on current and prospective actions of companies in the fossil fuel industry, rather than past actions. Those businesses involved in thermal coal and tar sands will be exempt from dissociation only if they can prove they can meet a rigorous standard for greenhouse gas emissions.

Thermal coal, which is burned for steam and used to produce electricity, emits substantially more carbon dioxide in its combustion than alternative available fossil fuels. Tar sands oil, derived from loose sands or sandstone, produces significantly higher emissions than conventional crude oil, including in its extraction and production process.

In 1987, the Statement of the Trustees on Selective Divestiture set the University’s longstanding policy that “For Princeton, divestiture means dissociation,” and that Princeton undertakes divestment only when “a company’s behavior conflicts substantially with the central values of the University.”

In making that determination, the University divests its direct and indirect holdings of the company or entity in question, and it dissociates by reevaluating purchases or gifts, partnerships, and facilitating employer recruitment activities. Dissociation permits, however, continued engagement of other kinds, including partnerships aimed at improving a company’s conduct or standards so that dissociation is no longer necessary.

Dissociation of any kind is considered a highly significant act taken on behalf of the University as an institution.

Guidelines were adopted by the Board of Trustees in 1997 to evaluate dissociation requests based on three criteria:

The CPUC Resources Committee, the body charged with evaluating issues related to the University’s endowment portfolio, including concerns related to investment responsibility and socially responsible investments, found evidence for all three.

In making its recommendations to the full Board of Trustees, the board’s Finance Committee took into account the work of the CPUC Resources Committee, which spent over a year investigating the complex issues surrounding University divestment and dissociation from fossil fuel companies. Its report was made public in early May.

The CPUC Resources Committee’s work was initiated in response to a petition submitted by Divest Princeton in February 2020 asking the University to divest from all direct and indirect holdings of fossil fuel companies and to prohibit new research and associative financial relationships with fossil fuel companies.

Given the number of stakeholders with an interest in these issues, the CPUC Resources Committee held numerous meetings with representatives from Divest Princeton, the Office of Sustainability, the faculty, other higher education institutions, the Finance Committee and many others.

Princeton is committed to achieving net-zero greenhouse gas emissions on its campus by 2046, which is the University’s 300th anniversary. The University’s Sustainability Action Plan, adopted by the University in April 2019, sets bold targets to reduce greenhouse gas emissions and outlines innovative strategies to engage all faculty, staff and students in creating a sustainable campus and future. Through this process, Princeton is discovering and modeling best practices and innovations that can be scaled for the campus, the community and the world.

Over the past half century, Princeton has led environmental research supporting the urgent need for climate action and offering clean energy solutions.

Recently, researchers at Princeton’s Andlinger Center for Energy and the Environment and the High Meadows Environmental Institute released the Net-Zero America report, which maps out — in granular detail — the scope and scale of change necessary for the U.S. national economy to reach net-zero emissions. Although they identified a variety of possible energy mixes, every scenario involved massive investments in energy efficiency, extensive electrification in transportation and buildings, energy storage and unprecedented expansion of clean energy production.