Carbon dioxide emissions rose in the U.S. by 3.4 percent in 2018, according to preliminary estimates released this week. Increased electricity demand and economic growth are among the contributing factors the report cites. Interestingly, electricity production from coal actually dropped last year.

Experts Judi Greenwald, Eric Larson and Michael Oppenheimer from Princeton University’s Andlinger Center for Energy and the Environment comment on the news.

Greenwald is a non-resident fellow at the Andlinger Center for Energy and the Environment and the principal of Greenwald Consulting. She served as the senior climate advisor to the secretary of energy and as the deputy director for climate, environment and energy efficiency at the Department of Energy under the Obama administration. 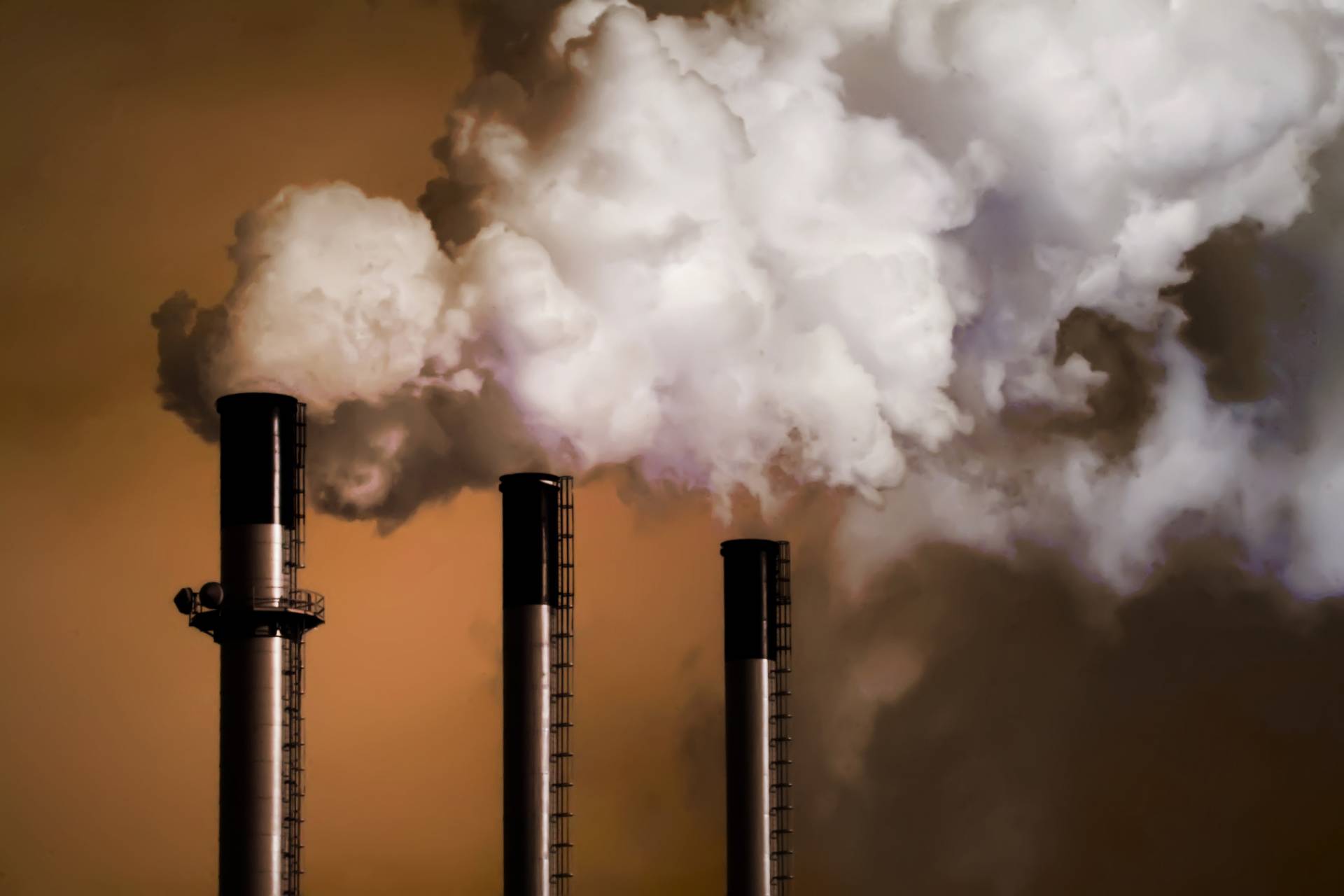 America's carbon dioxide emissions rose by 3.4 percent in 2018, according to a recent preliminary estimate. What's your reaction to this? What do you find most interesting or surprising?

Greenwald: This is bad news. We should be decreasing, not increasing, our emissions to meet U.S. commitments and global targets under the Paris agreement. Our emissions result from the interplay of technology, policy, markets and behavior. We need to do better on all these fronts going forward. It should be noted there is substantial year-to-year variability in energy demand, so it is sometimes difficult to tease out short-term fluctuations from long-term trends.

Oppenheimer: The most interesting aspect of the sudden uptick in U.S. emissions is the outsized role of aviation, trucks and an assortment of industrial sources —  areas of the economy whose greenhouse gas emissions are either not regulated or regulated less stringently than cars and powerplants. The aviation sector, in particular, is expected to experience rapid growth in its future emissions. In other words, slowing global warming means regulating emissions of cars and electric power plants, as well as aviation, on a more equal basis, and progressively more stringently over time.

The report points to increases in electricity demand and natural gas capacity, with natural gas additions totaling more than triple the amount of coal retired this year. Are you concerned about the increase in power demand and the role of natural gas in meeting it?

Greenwald: Natural gas emits about half the CO2 that coal emits per unit of electricity produced. Over the past decade, natural gas was, on net, significantly reducing power sector emissions because it was mostly displacing coal rather than zero-carbon power, and electricity demand was fairly flat. This year is different, but it remains to be seen what role natural gas will play in the future. This is where policy can help. For example, the Clean Power Plan that President Donald Trump is proposing to replace would have capped U.S. power emissions, ensuring that natural gas helps to reduce rather than increase CO2 emissions. Innovation can really help too — in energy efficiency to reduce overall demand, in nuclear power, in renewables so they can better compete against natural gas, and in carbon capture, a technology that can keep the emissions from natural gas and coal plants out of the atmosphere.

Larson: Reducing electricity demand by being more efficient in how we use electricity is a no-brainer for reducing emissions, but I’m not as concerned about the increase in electricity demand as in the reliance on natural gas to meet the demand. The shale gas revolution was a boon to efforts to reduce America’s carbon dioxide emissions, especially those associated with electricity generation, because gas displaced more carbon-intensive coal. But this report suggests the country may be reaching the limits of carbon mitigation benefits from the shale gas revolution. Increased electricity demand is something we may see over the long term, as transportation and other largely non-electrified sectors move toward greater electrification. But if we can generate the electricity with fewer carbon emissions in the future, we will be making important strides toward meeting decarbonization goals.

Transportation is still the number one source of carbon emissions in the U.S., and trucking and air travel are also on the rise. Given that new electric demand is being met with natural gas — rather than wind, solar or other zero carbon resources — do you see vehicle electrification playing a significant role in reducing the carbon footprint of the transportation sector? Are there ways to combat this?

Greenwald: For cars and trucks, the most effective and cost-effective policy is vehicle fuel economy and greenhouse standards, which, for decades, have saved Americans money at the fuel pump, reduced U.S. oil dependence and avoided emissions. Depending on the interplay of technology, policy, markets and behavior, zero-emitting fuels like hydrogen and electricity could be game changers, as could ride-sharing in passenger vehicles and improved fleet operations for trucks. There is substantial regional variation, but on average, with the current U.S. electric generation mix, electric vehicles still emit fewer greenhouse gas emissions on a life cycle basis than conventional vehicles. Air travel is more challenging because it is growing so rapidly and planes are already quite energy efficient. In 2016, many countries, including the U.S., agreed to begin offsetting any growth in aviation emissions while pursuing innovations in engines, fuel, infrastructure and operations.

Larson: There are a number of ways to reduce emissions from transportation. Some involve behavioral changes, such as carpooling, public transit or less travel. We can also consume fewer goods that require transportation. Others involve technological changes, such as buying more fuel-efficient gasoline cars, transitioning to electric vehicles, and developing sustainable biofuels for aviation and long-haul shipping. Vehicle electrification will play a significant role in reducing transportation sector emissions only if electric vehicles are attractive enough that consumers want to use them in much greater number than we are seeing today, and we successfully decarbonize electricity generation. The latter can happen through reliance on a combination of renewables, nuclear and natural gas with carbon capture and storage, hydropower, and increased electricity storage.

Meanwhile, as the U.S. economy grew, so did emissions from buildings and industry.  Emissions from the industrial sector are slated to continue to rise in coming years. Are you seeing this as a trend, and are there policies or technologies that could prevent this?

Greenwald: Yes. Transportation and power are still the highest-emitting U.S. sectors, but the growth in industry and buildings emissions last year was bigger than the growth in transportation and power. We need to improve industrial processes, make industry and buildings more energy-efficient, substitute low-carbon fuels or low-carbon electricity for fossil fuel use and/or deploy carbon capture. Equipment and appliance standards, emission standards, and research and development could help, as could broader economy-wide policies like a price on carbon. Consumers can help by buying clean power where they have that option and by improving the efficiency of their homes and appliances.

Larson: Emissions associated with non-electric energy use in buildings and industry are among the most challenging to mitigate. Natural gas has done a wonderful job in meeting most such energy needs in the U.S., but it emits carbon. We can keep our buildings comfortable and our industries humming with fewer emissions by first and foremost aggressively implementing energy efficiency measures. But energy efficiency improvements by themselves won’t be able to completely eliminate emissions. Greater electrification (especially for buildings) and use of fossil fuels with carbon capture and storage (especially for large industries) can help toward that goal over the longer term. The most important policies for reducing emissions will be those that, in one way or another, internalize the costs of emitting carbon to the atmosphere and thereby communicate to energy users the full cost (including the costs of climate change) associated with using energy. Taxing carbon emissions is an example of such policies, but there are many others that can be implemented.

The figures don’t bode well, especially when combined with last month's climate change report, in terms of global warming consequences. What can be done now — both in the short-term and long-term?

Greenwald: The most important thing is not to despair. Our emissions are up to us. Stronger national policy and U.S. global leadership on climate is absolutely critical. But there is also a lot that states, localities, businesses, research institutions and individuals can do. Each of us can find opportunities every day to decrease emissions and weigh in on policy.

Larson: This report is a wake-up call. The shale gas revolution allowed the country to reduce its emissions quite dramatically over the last decade without all that much effort or cost. As a result, I think some complacency was starting to set in that America could just keep doing what it was doing and meet its carbon mitigation goals. The reality is that a broad range of more concerted efforts are needed: individuals making carbon-smart choices in their daily lives, companies adopting carbon-smart corporate strategies, and political leaders making science-based policies.

Additional reporting by B. Rose Kelly, Woodrow Wilson School of Public and International Affairs. Andlinger Center Speaks is a Q&A series with experts in energy and the environment on current trends and topics.