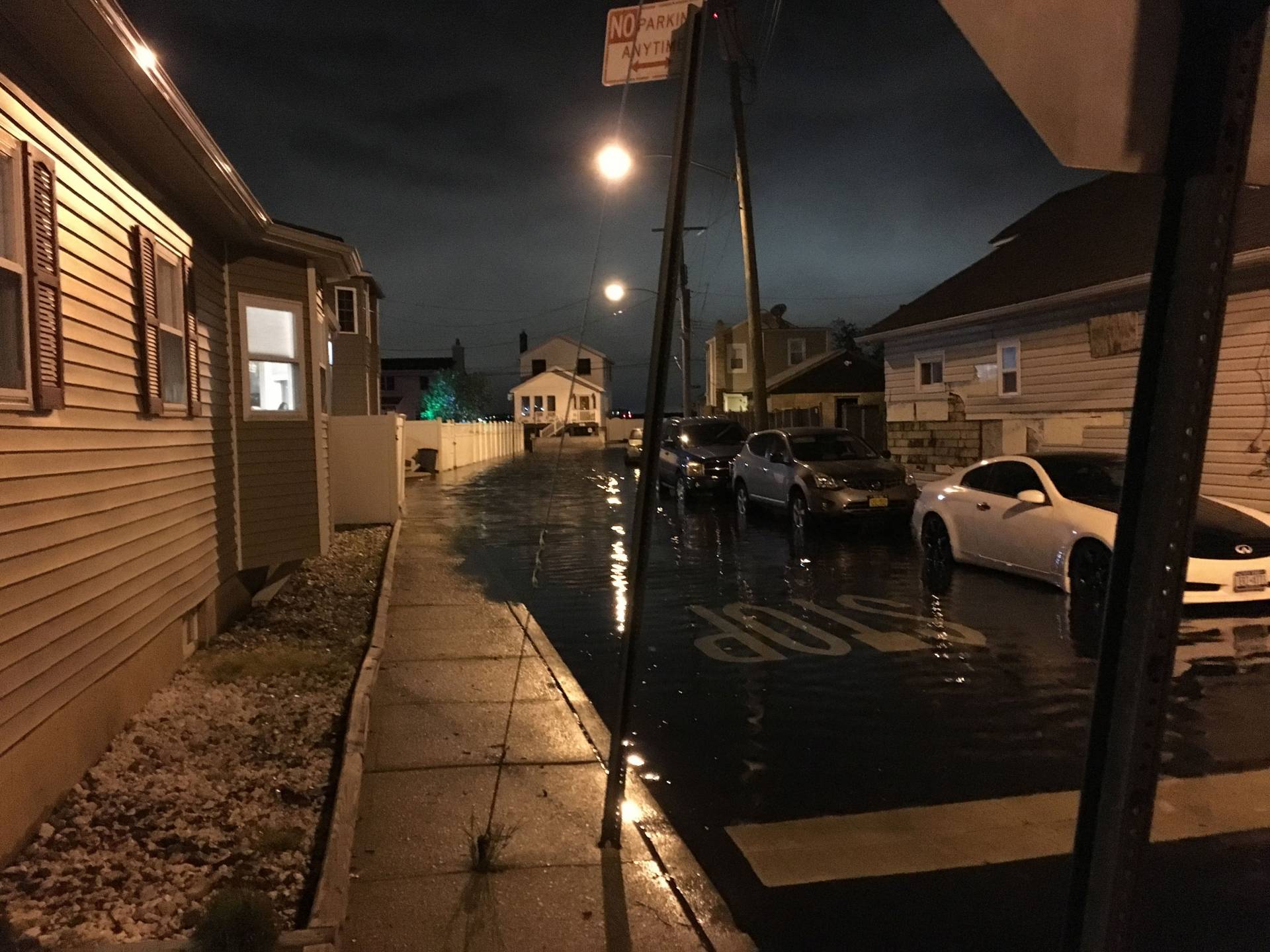 A new study by researchers at Princeton and Rutgers universities has found that climate-related sea-level rise is expected to cause more severe floods than previously predicted in some regions of the country and less severe floods than predicted in other regions of the country. Pictured: Tidal flooding in Broad Channel, Queens, New York City, spring 2016.

Rising seas are making flooding more common in coastal areas around the country. Now, a new study finds that sea-level rise will boost the occurrence of moderate rather than severe flooding in some regions of the United States, while in other areas the reverse is true.

The study by researchers at Princeton and Rutgers universities found that along the southeastern coast, where severe flooding due to hurricanes is relatively frequent, cities such as Charleston, South Carolina, will see a disproportionate increase in moderate flooding. However, areas that have little history of severe flooding, such as Seattle, are likely to experience a greater uptick in the number of severe, or even historically unprecedented, floods.

The study, published June 7 in the journal Environmental Research Letters, looked at how climate-driven sea-level rise is likely to amplify coastal flooding — which already costs municipalities along the East and Gulf coasts $27 billion annually — over the next 50 to 100 years.

Improving the accuracy of flooding estimates is important as coastal cities and states take actions to protect themselves against future storms, according to Michael Oppenheimer, Princeton's Albert G. Milbank Professor of Geosciences and International Affairs and the Princeton Environmental Institute. "To make these decisions, local governments need an understanding of the frequency with which extreme floods will return in the future," Oppenheimer said. "A key element is getting the science right, and that was our main objective in this study."

The researchers sought to improve the accuracy of a set of flood predictions included in a 2013 Intergovernmental Panel on Climate Change (IPCC) report. That analysis did not consider the possibility that sea-level rise might amplify some levels of flooding more than others.

"Treating the change in flood risk due to sea-level rise as the same at all levels of flooding oversimplifies the flood hazard characterization and could lead to costly policy missteps," said Maya Buchanan, the first author on the study and a doctoral student in Princeton's Woodrow Wilson School of Public and International Affairs.

The new study combined historical data on flood-heights collected at tide gauges with  estimates of local sea-level changes developed previously by study co-author Robert Kopp, professor of earth and planetary science at Rutgers, and other colleagues.

Sea level is an important factor in the frequency and amount of coastal flooding because even modest increases can cause floods to inundate larger areas of land, or submerge areas more deeply. "For example, to produce a six-foot flood," Kopp said, "if the ocean is a foot higher, you only need as much storm surge as you would have previously needed to produce a five-foot flood."

The researchers calculated the "amplification factor" — the amount by which a given rise in sea level drives the increase in the number of floods — for numerous locations around the country. "The amount of sea-level rise that occurs will change the number of both moderate and severe floods," Buchanan said. "Climate change-driven sea-level rise is usually thought of as slow and steady, but actually a relatively small amount of increase in sea level can amplify the flood level significantly."

The study suggests that cities like Seattle will need to prepare for largely unprecedented, severe flooding, while other areas may need to prepare especially for more common but less severe events. For example, if current carbon emissions continue, by 2050 a moderate flood — of the size that historically has occurred approximately every 10 years — would recur 173 times more often in Charleston but only 36 times more often in Seattle. A severe flood, defined as occurring about once every 500 years, would happen six times as often in Charleston but 273 times as often in Seattle.

"We hope that this study provides additional information that cities and municipalities can use to start planning the defense against climate change and sea-level rise," said Oppenheimer, who serves as an adviser on the New York City Panel on Climate Change. "This is especially important as federal programs for planning for climate adaptation are on the chopping block." Oppenheimer and Kopp were also authors of the most recent report of the IPCC.

The paper, "Amplification of flood frequencies with local sea-level rise and emerging flood regimes," by Maya Buchanan, Michael Oppenheimer and Robert Kopp, was published in the journal Environmental Research Letters.

Funding for this research was provided by the National Science Foundation under award EAR-1520683.