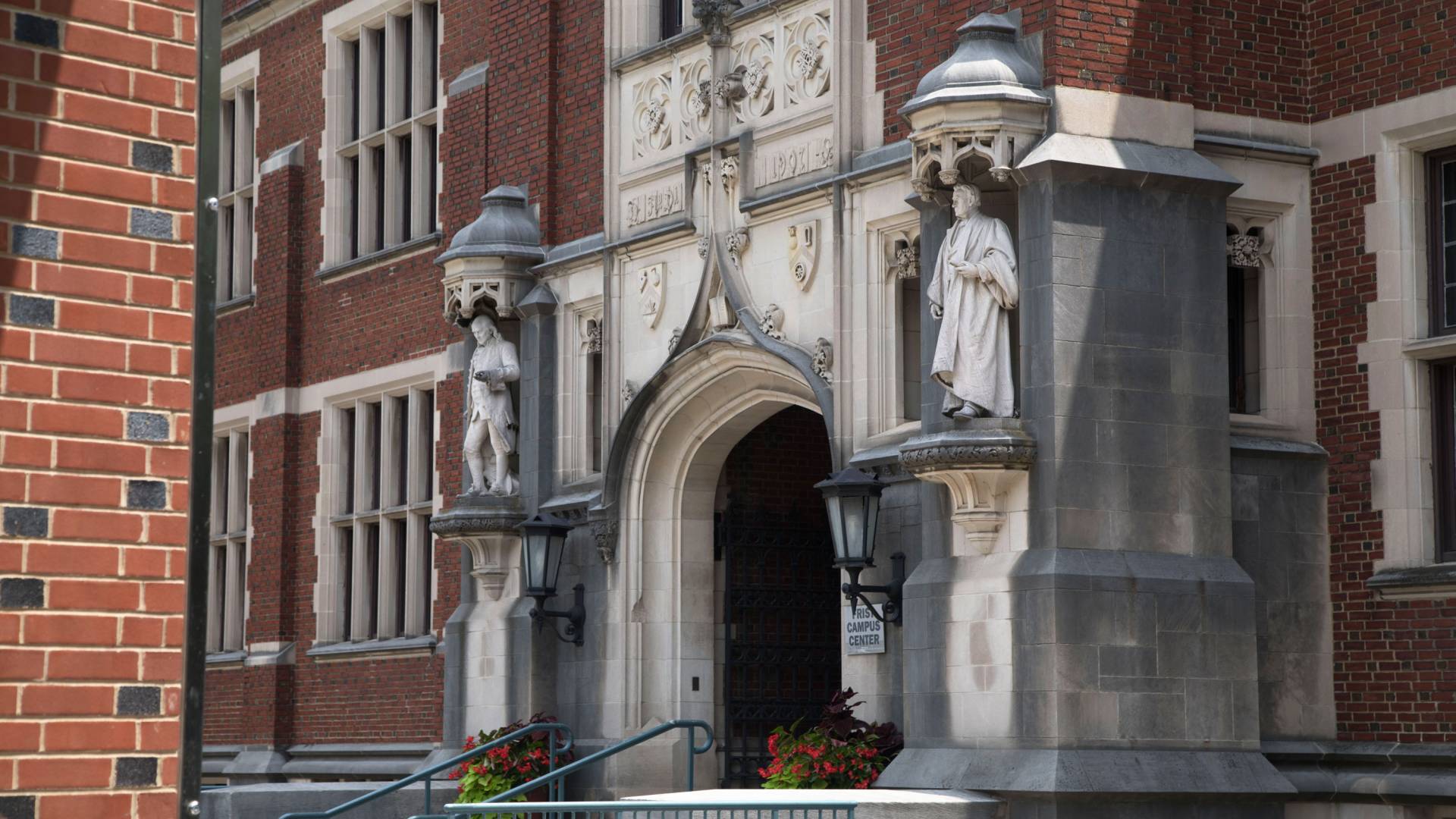 The Gender + Sexuality Resource Center at Princeton will launch this fall, continuing the legacies of the University’s Women*s Center and LGBT Center. The Rainbow Lounge and Women*s Space will continue to operate separately within the new center at Frist Campus Center (pictured), allowing for more personalized services and to maintain affinity space.

The Gender + Sexuality Resource Center (GSRC) at Princeton University will launch this fall to serve women and femme-identifying students and LGBTQIA+ students, and to offer gender and sexuality programming and co-curricular experiences for the University community. 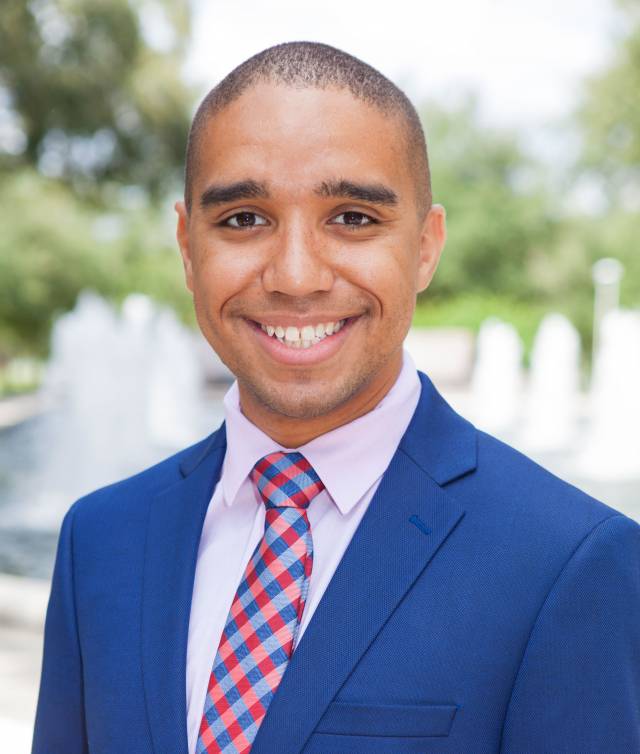 Kristopher Oliveira (he/him) will lead the center as assistant dean for diversity and inclusion and GSRC director. His appointment begins Aug. 30.

The GSRC will build upon the historical legacy and impactful work of Princeton’s Women*s Center and LGBT Center, offering programs and services for individuals and groups across campus.

With a focus on the student co-curricular experience, the center will engage all members of the Princeton community through education, training, and programming on gender and sexuality. Staff members will provide individual and group support for students, and act as a resource and content expert for the campus.

“This is an exciting time because what’s happening at Princeton is something that I think is not happening anywhere else — truly a building out of a co-curricular program that’s in deep community and partnership with the gender and sexuality studies academic program,” Oliveira said. “My goal, and one of my hopes, is that we’re able to establish a national standard for what these centers are able to accomplish.”

The unveiling of the new center and a welcome reception will be held in late September. Details will be announced in the coming weeks.

Oliveira, who comes to Princeton from the University of Kansas where he served as director of the Center for Sexuality and Gender Diversity, will report to LaTanya Buck, dean for diversity and inclusion in the Office of the Vice President for Campus Life.

“I am elated to have Kristopher join our team and the Princeton community as the new leader of the GSRC,” Buck said. “This is an exciting time for him and for us, as an institution, to expand and elevate our efforts for LGBTQIA+, women and femme-identifying students. Kristopher brings vision, scholarship, passion and a commitment to the co-curricular student experience. I believe that he has the ability to build bridges and strategic partnerships across various communities and constituent groups to best support and serve our students.”

Among the staff and faculty members on the search committee that recommended Oliveira for the role was Wallace Best, professor of religion and African American studies, who in 2020 was appointed director of the Program in Gender and Sexuality Studies.

Oliveira is expected to complete his dissertation for his Ph.D. in sociology from the University of South Florida in 2022. He holds an M.S. in higher education administration from St. Cloud State University and earned a bachelor’s degree in psychology from Slippery Rock University of Pennsylvania.

The Women*s Center was founded in 1971 by some of the Princeton’s first undergraduate women. Building upon a legacy of activism and advocacy, the Women*s Center remained committed throughout the years to inclusive and intersectional feminism, and centering equity and racial justice, particularly for people of marginalized identities.

Princeton’s LGBT Center dates back to 1989, when the offices of the Dean of the Chapel and the Dean of Student Life began hiring graduate students to help organize LGBT student activities. At the time, Princeton University was the sixth university in the country to create an LGBT coordinator position, which evolved into a full-time professional position in 2001. The LGBT Center was officially launched in 2005.

The Rainbow Lounge and Women*s Space will continue to operate separately within the new center at Frist Campus Center, allowing for more personalized services and to maintain affinity space.

Oliveira said the launch of the GSRC gives Princeton the opportunity to be attentive to the ways in which gender and sexuality are distinct, but also uniquely and often enmeshed.

“We will maintain the integrity of the affinity spaces, the physical spaces the students come to,” Oliveira said. “We also have the opportunity to think about programming and this co-curricular model and the ways that students are engaging with faculty and staff. I think it presents this really wonderful opportunity to begin to bring together people and ideas that are often siloed.”

Oliveira said internships likely will be developed as part of the center’s emphasis on the co-curricular experience.

“Our students come to these centers and find a home there, and oftentimes they reach that point where they are saying, ‘Wow — this could be my career,’” Oliveira said. “My hope is that this co-curricular model creates opportunities for students who are learning all these incredible theoretical ideas in the classroom. We can bring those into space and place, and put that work into practice, so the students are thinking about community organizing, or that they’re looking for non-profit experiences, or potentially even public policy that might shape and influence the social world.”

In conjunction with the new center’s launch, the Office of the Dean for Diversity and Inclusion in Campus Life has announced that Eric Anglero, formerly LGBT Center program coordinator, has been promoted to assistant director of the GSRC.

To align structures within the Office of the Dean for Diversity and Inclusion in Campus Life and create a parallel model for the Carl A. Fields Center for Equality and Cultural Understanding (CAF), a new assistant director position was created to elevate the Fields Center’s efforts and to expand support for students of color and racial equity initiatives. Victoria Yu, former CAF program coordinator, has been promoted to this role. A program coordinator opening in CAF focused on mentoring and students transitioning into Princeton will take the place of Yu’s former position.

Tennille Haynes has been promoted to assistant dean for diversity and inclusion and remains CAF director, in parallel to the new GSRC director.

A search is underway to fill the new GSRC and CAF program coordinator positions this fall. This year marks the 50th anniversary of the original Women*s Center and the Fields Center.

Questions about the Gender + Sexuality Resource Center can be sent to gsrc@princeton.edu.

Princeton LGBTQIA Oral History Project connects students to the past

Princeton in top 20 for LGBT support