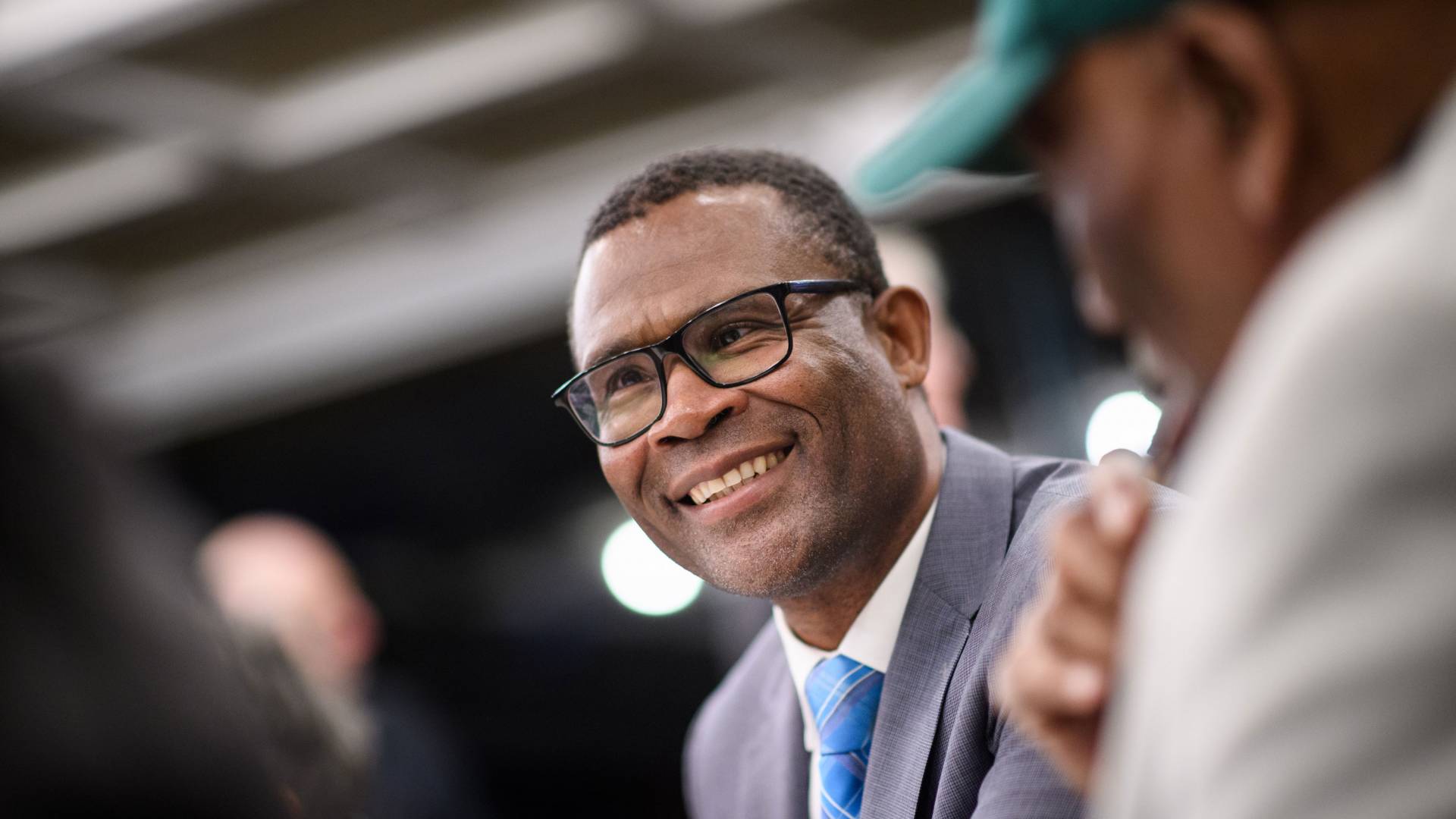 Gender and sexuality studies are ideally positioned to help us to understand the complex world we face, says Wallace Best, professor of religion and African American studies, who was recently appointed director of Princeton University’s Program in Gender and Sexuality Studies (GSS).

Best, who specializes in 19th- and 20th-century African American religious history, is the first African American and the first male director of the program in its 38-year history. His research and teaching focus on African American urban religion, religion and literature, Pentecostalism, and theological modernism. This fall, he is teaching “Sexuality and Religion in America.”

GSS has a long and rich history at Princeton. Established in 1982 as women’s studies, the program was renamed gender and sexuality studies in 2011 to reflect the trajectory and expanded reach of the teaching and scholarship among Princeton faculty, and in the field more generally.

Faculty and students in GSS are dedicated to the study of gender and sexuality in their complex connection to race, ethnicity, class, disability, religion, nationality and other intersections of identity, power and politics.

Best shared his thoughts, excerpted from a video interview, on the future of the program and how the innate intersectionality of GSS speaks to our past, present and future.

How has the Program in Gender and Sexuality Studies evolved since it was established as women’s studies in the 1980s?

In 2011, when women’s studies became the Program in Gender and Sexuality Studies, it was one of the greatest moments of my career. What we did in those deliberations acknowledged where the field was moving. We looked pragmatically at what we were teaching, seeing how it aligned with the broader category of gender and sexuality rather than solely women’s studies. So it seemed that the emphasis from the 1970s to the 1980s had done its work, helping us to really see the experiences of women as central to American life. Intellectually, however, we had to move on to that broader story of the gendered and sexed experiences of all people. What we’ve been doing since 2011 is following through as best we can as a faculty — with our teaching and our research — to make good on that promise to be a part of this wider field, understanding the ways in which gender and sexuality shape human experiences. But also how studying gender and sexuality is about studying the structures of power that shape gendered and sexed experiences. What’s really exciting for me now is to continue on with the work that the extraordinary faculty of GSS has been doing since 2011, looking at these complex ways we move about in the world. Recognizing that gender and sexuality are fundamental — perhaps the two fundamental ways most of us understand ourselves. And the way we are understood.

What is the value of studying gender and sexuality studies in the current era in America?

It is probably more important at this moment than it has been in recent years for various social and political reasons. It’s absolutely crucial on the basic level of how we move about in the world. And that’s what I love about this interdisciplinary area of study. It’s principally concerned about how we move about in the world — how institutions of power shape, in important ways, human experiences. It’s interdisciplinary in that it’s connected to more historically formal disciplines like sociology, political science and religion, but draws from each in robust and engaged ways. I think about what’s happening with the Black Lives Matter movement, for example. Some of that activist work is born from the scholarship within this intellectual orbit — scholars who have centered issues of gender and sexuality in its inextricable connection to race, class, location and ethnicity. So when I see those protests, I feel quite proud that some of what the leaders say is born from the discourses of feminism, Black feminism, queer studies, and from gender and sexuality studies. So, I would say this is one of the most exciting times to be involved in this field. And, in fact, that is the case I’m going to make to incoming students. This is the time to take a careful look at this field of study because this is the one that can perhaps best shape you intellectually for the complex world you’re going to face. Gender and sexuality studies has long been involved in confronting the world’s complexities. And the world is complex now in ways we’ve never witnessed before, in my view.

Is there a greater emphasis on intersectionality in gender and sexuality studies than in previous decades, and how did that come to be?

How does your own research in religion and African American studies fit into this area?

I started my career being very interested in the concepts of mobility and migration. I was fascinated by the thought that geography is fate: where people are, where they move to, where they move from matters. All of these are critically important to their experiences overall. So, initially I just wanted to think about that, to think about movement and the way the process of migration shaped migrants’ experiences and how migration shaped the places that migrants moved to. Over the course of my study, however, I kept noticing the way women’s lives were especially defined by that movement. It dawned on me, after some careful thought and consultation with other scholars, that the process of migration itself was a gendered experience. Women and men do not experience migration in the same way. I had no training in gender theory. I was not necessarily drawn to the literature that would have informed what I was doing in migration studies. But when I began to read it, it opened up a whole new world of understanding about the process of migration.

What is your vision for the program’s future?

The motto I’ve adopted is “Looking Back, Moving Forward.” Mind you, it’s not going forward by looking backward, but looking back as a means to move forward. And I think our future is already taking shape by our graduate and undergraduate students who are doing superb work in our certificate programs. So, my first concern during this pandemic is for their care and safety. A number of the students who make their way to us do so on intellectual grounds first, but there are often personal issues as well that make our program a safe space for them. One of the saddest parts of not having access to Corwin Hall [where the program is based] is that it is closed to our students who often see it as safe space. And it’s not lost on me that some of them are sheltering in places where they don’t feel safe. Some students may be transgender, they may be queer identified in some other way that makes being at home not the safest place to be. Our students look to us as an intellectual home, but sometimes as a second home in general, as a space of safety, as a space of care. So I’m concerned about that. But I’m also looking to the research that they’re doing to help further the enterprise of GSS. Visibility and impact at Princeton are other ways I’m thinking about this appointment. I want to maintain the momentum that we’ve gained in the last several years under the phenomenal leadership of Jill Dolan and Regina Kunzel. Nothing will please me more in the next three years than to see gender and sexuality studies become even more a part of conversations in other departments and programs at Princeton and beyond.