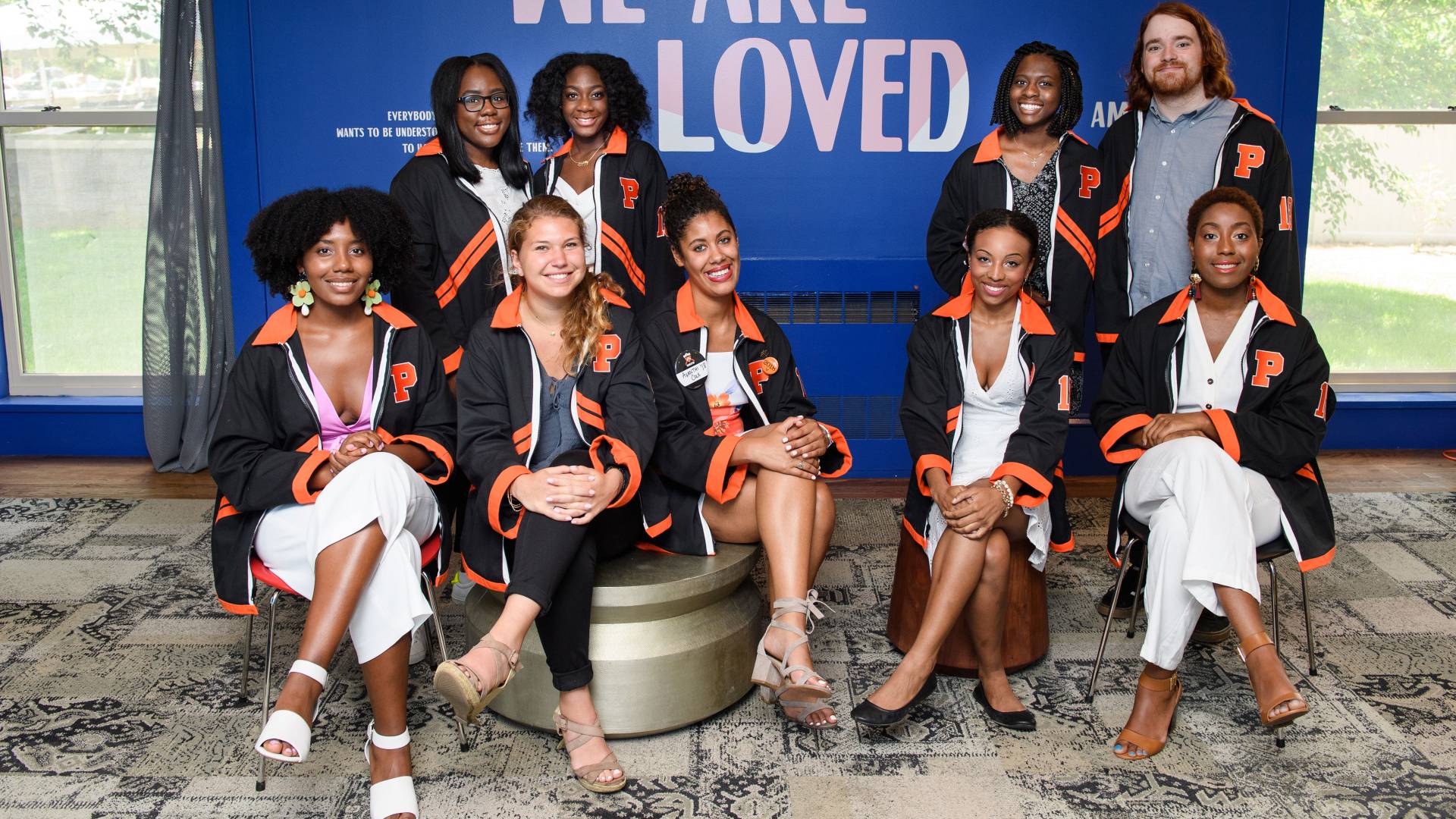 One is off to law school. Another has joined the staff of Princeton's Office of Religious Life. Another will be teaching art to secondary school students in New York City. These students and seven of their peers started at Princeton thinking they were going to major in one thing — math or molecular biology, for example — and all changed to African American studies.

“I remain in awe of Princeton’s first class of concentrators in African American studies," said Eddie Glaude Jr., the James S. McDonnell Distinguished University Professor and department chair. "Each student brought something unique to our department. They worked closely with our stellar faculty, who pushed them to think critically and to imagine themselves in the most expansive of terms. All of them were courageous enough to pursue their passion irrespective of assumptions about traditional majors.

"These students will always be the first. Every time they return to Princeton or whenever people talk about the founding of the Department of African American Studies at this University, their names will be mentioned. They are our pioneers!" Glaude said.

Below, five of the new graduates reflect on why they chose to major in African American studies, highlights of their undergraduate experience and what their plans are now. 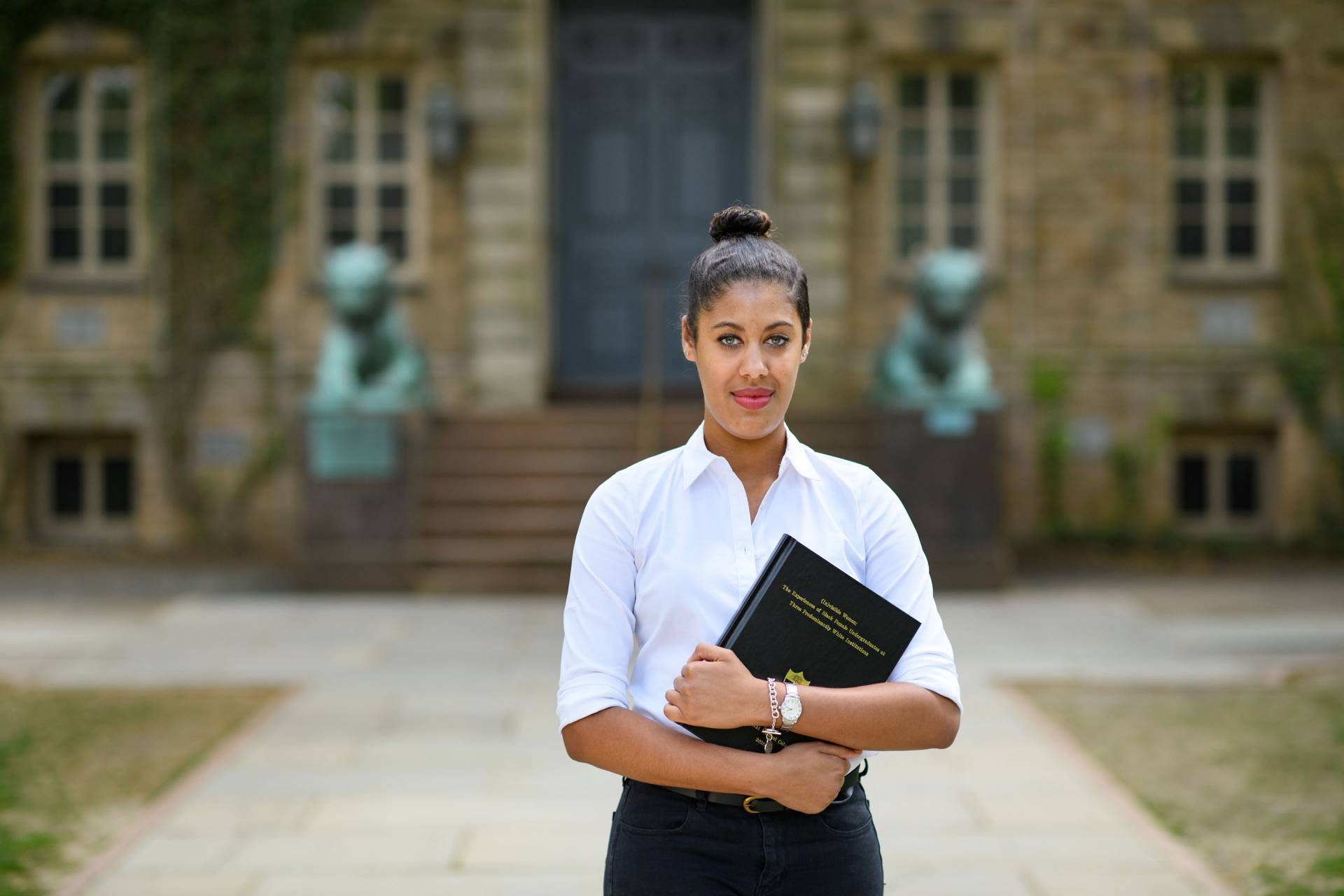 My father is African American and my mother is Swedish and Sri Lankan. I identify as a multiracial black woman.

My senior thesis explores the diversity and inclusion initiatives at three undergraduate institutions, and how these initiatives manifest in the experiences of black women at these schools. I was advised by Professor Ruha Benjamin [associate professor of African American studies].

I'm a first-year student at Columbia University Law School. Although I don’t know exactly what type of law I want to practice, I know I want to work for underserved communities and better understand the intersections of law and justice. 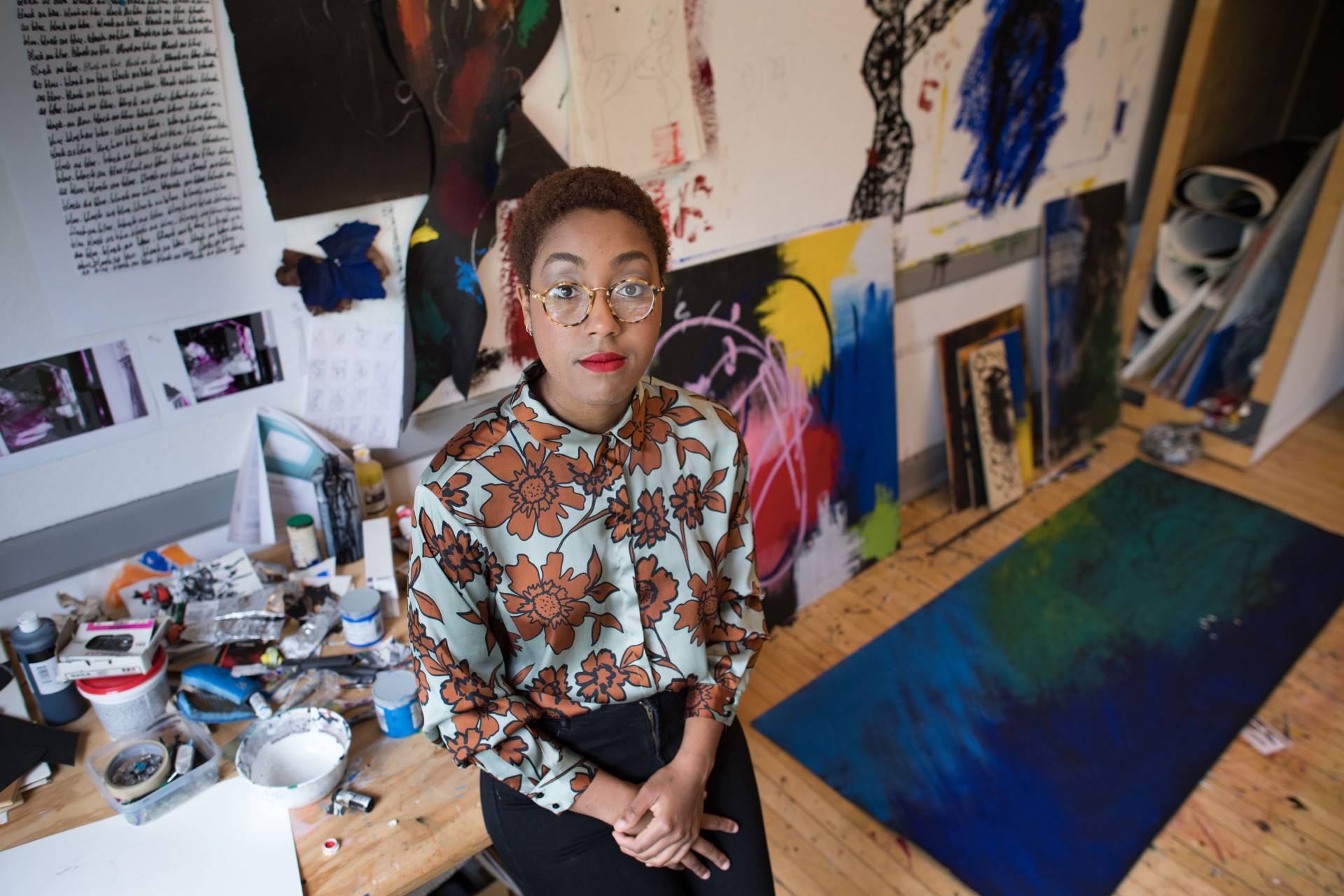 I am the first in my household to attend college. My mama somehow implanted the idea in me that it was possible, so I did have access to that dream and clawed my way to it.

I was dead set on [concentrating in] religion because it allowed me to ask ontological questions about blackness. That was until I found out AAS was a major. I felt that majoring in AAS would give me access to a space where I could ask my questions about black existence and be validated in my care for it. I knew I would be able to do more interdisciplinary work and have interlocutors also engaging in questions about race.

My thesis focused on rearticulating the gendered nature of hope and hopelessness in the black literary canon. My adviser was Imani Perry [the Hughes-Rogers Professor of African American Studies].

My favorite AAS course was "20th-Century Masters: Lorraine Hansberry" taught by Professor Perry. I felt a connection to Lorraine's work and her texts at a time when I needed the belief that someone had similarly embodied and lived the intersections of race, gender and sexuality that I do.

I studied abroad in China in the Princeton in Beijing summer program where I completed a full year of Chinese, gaining fluency.

I was a head fellow of the Scholars Institute Fellows Program my senior year and spent this past summer on campus as a course fellow for "Ways of Knowing," a critical reading and writing course with the Freshman Scholars Institute.

This fall, as a Project 55 Fellow of Princeton AlumniCorps, I am teaching visual arts at Juan Morrel Campos Secondary School in Bed-Stuy [New York City] through a nonprofit organization called Coalition for Hispanic Family Services.

I am also an artist and plan on putting myself out there and finding a scene for myself. I am itching to get my hands on some paint and material. I also am preparing to apply to grad school. In addition to my major in AAS, I earned a certificate in visual arts. 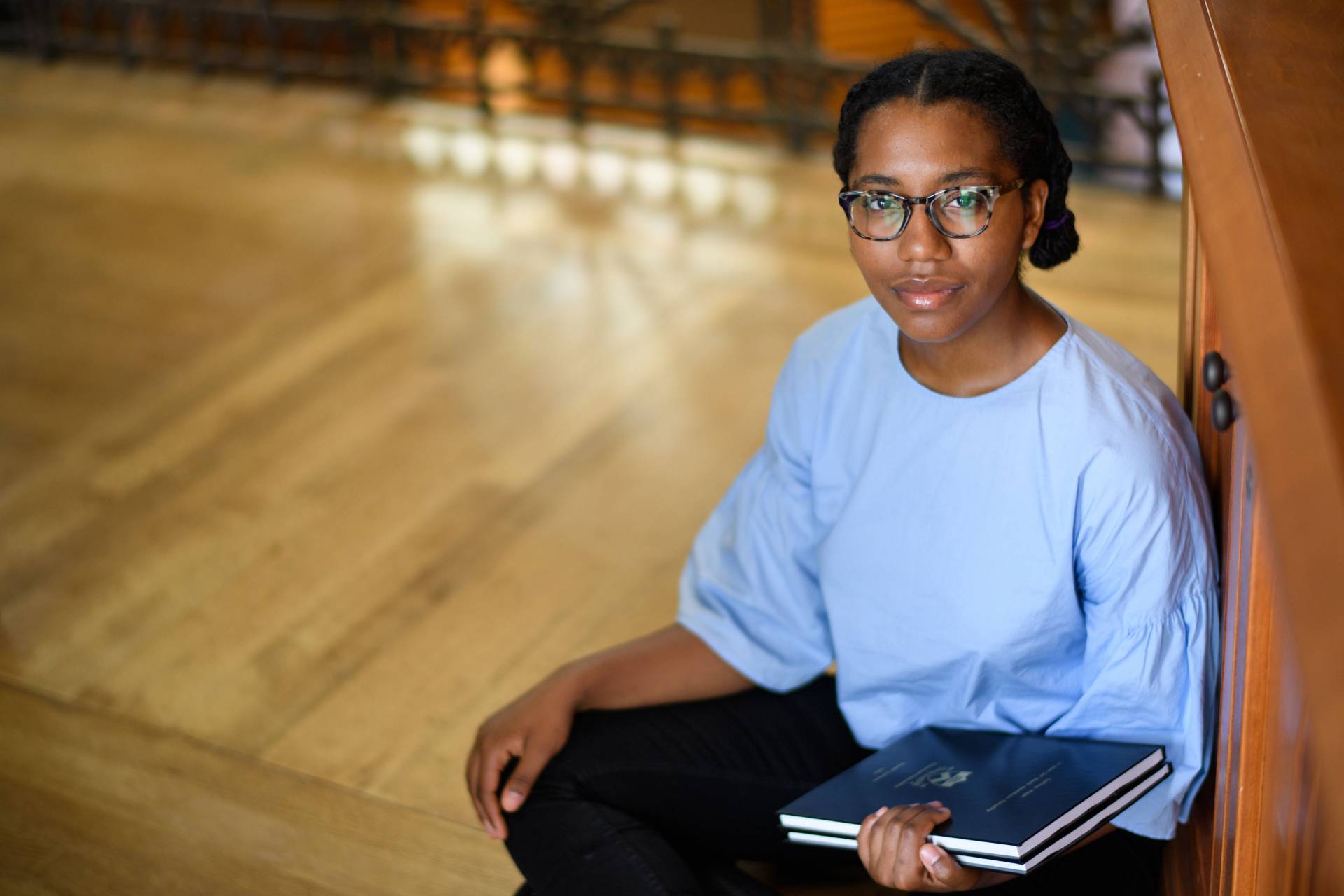 I decided to change majors from math to AAS — in the math department I felt like a lot of the work was individual and I wanted to be in an environment where I was thinking through ideas with my peers. My interests also shifted so that heavily influenced my switch. I am a first-generation, low-income student.

The course "Other Futures: An Introduction to Modern Caribbean Literature" changed profoundly how I looked at literature and history, and opened up my mind to different approaches to study the African diaspora — I started thinking about visual art, music and theory asways to attempt to answer my questions. It was taught by Nijah Cunningham [lecturer in the Humanities Council, African American studies and English].

My thesis is titled “feeling ways: a case for black mundane futurity.” I was interested in understanding the ways that the future is imagined and the way that this imagination informs our reality. My adviser was Professor Cunningham.

I am excited about my new position as communications coordinator in the Office of Religious Life at Princeton, because it gives me an opportunity to write.

I also earned a certificate in creative writing — writing a creative thesis alongside my academic one in AAS was challenging but showed me I need both modes of thinking to do my best work. I am still writing poetry and starting to write fiction. 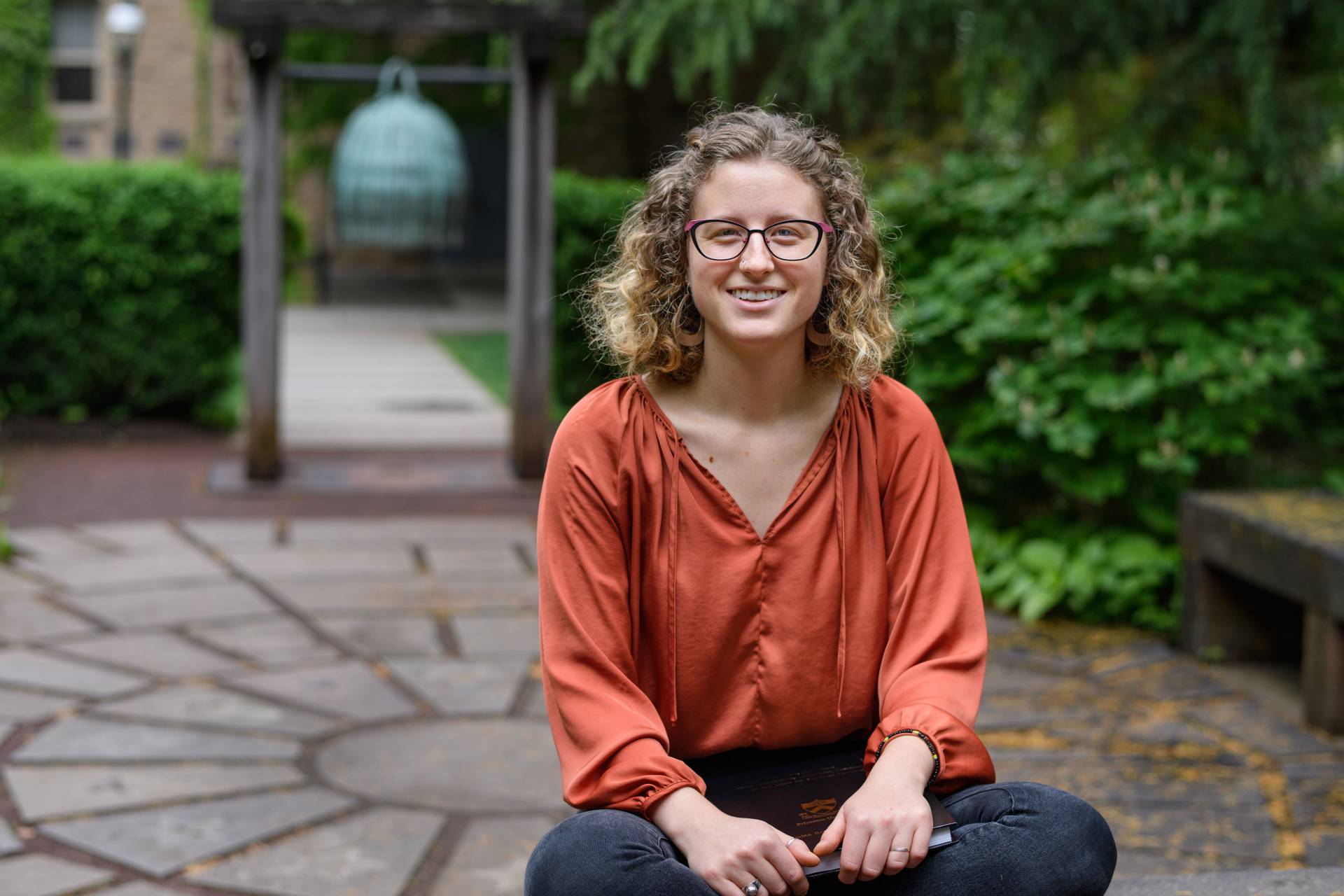 One class that was particularly formative was "The New Jim Crow" taught by Naomi Murakawa. She really blew open the way we tend to talk about racism, illuminating the severity and complexity of structural racism in a way that nobody really had explained it to me before. All of the professors I had in AAS were incredible.

My thesis is [titled] "Two Tales, Two Cities: Worker Cooperatives, Community Development, and the Quest for the Next Economy." It focused on the ways two different efforts to develop worker cooperatives (one in Cleveland, Ohio, and one in Jackson, Mississippi) dealt with issues of race and class within their public presentations and internal structure. My adviser was Joshua Guild [associate professor of history and African American studies].

My Bridge Year in Senegal [before starting my first year at Princeton] was a year of tremendous personal growth. It reinforced how complicated notions of race and ethnicity are on a global scale. I also studied abroad in Cuba my sophomore year and did a PIIRS Global Seminar in Beijing the summer after junior year. I also took weeklong trips to Istanbul and Lisbon as part of a research assistant position I had for a Princeton professor.

This fall, I'm working in my hometown of Boulder, Colorado, for the company that Princeton contracts with to run Bridge Year, Where There Be Dragons, and am hoping to do some traveling (back to Senegal to visit, possibly also to the Dominican Republic to visit close friends there) during the winter. After that I'll be looking for a more career-oriented job. I'm interested in human psychology and how it manifests into and across culture; particularly how it can help or hinder our attempts to make our lives/governments/institutions/etc. better. 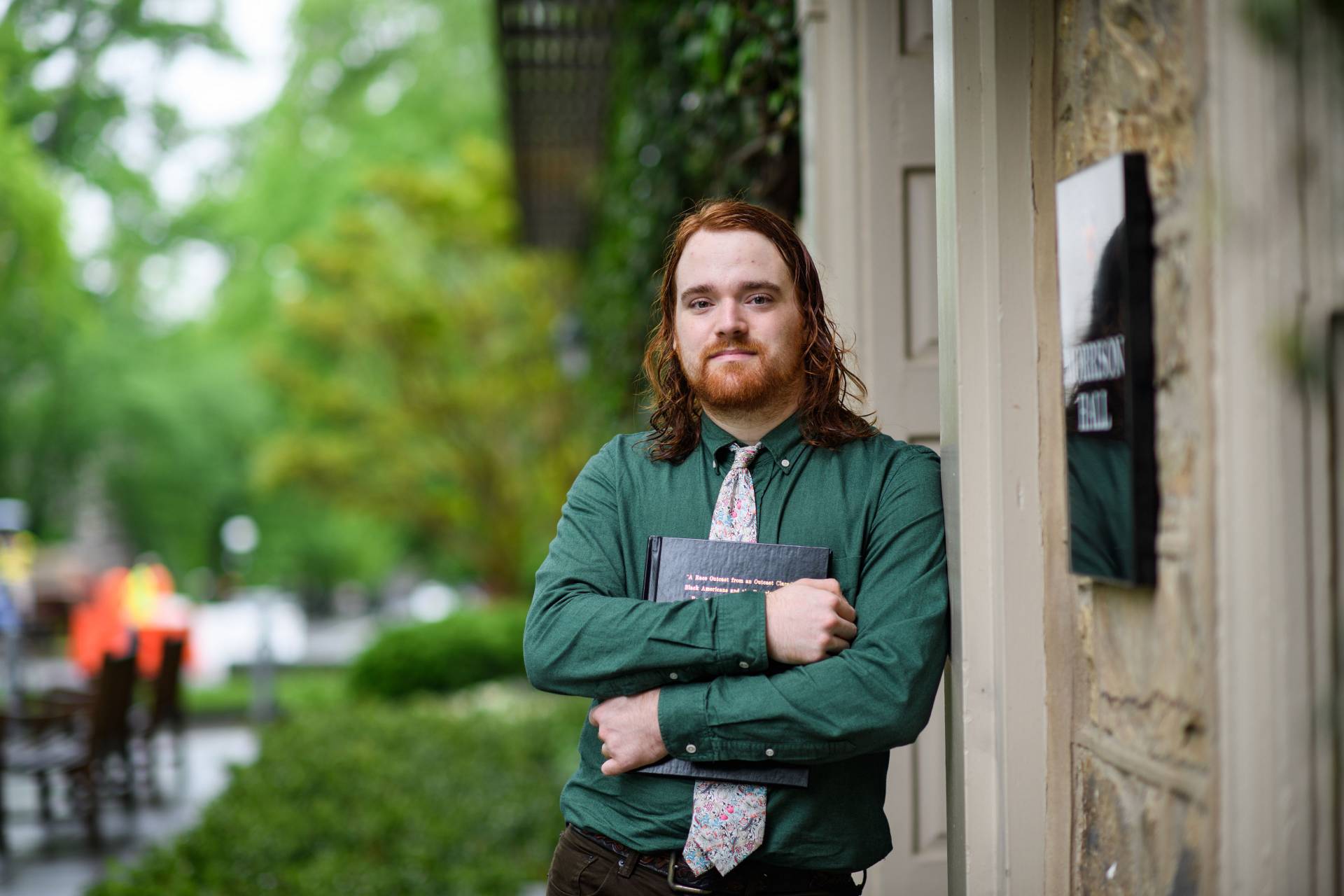 I think that the moment during which I declared AAS [as my major] — early 2015 — made my choice carry a certain amount of relevance and weight. Developing critical thinking faculties and my own sense of politics at the same time as the #BlackLivesMatter movement really altered the way I thought about America, fundamentally. You don't witness a widespread black protest movement underneath the nation's first black president and not come away with some changed convictions about the way things work, and why.

My decision to choose AAS as a major was influenced by two factors: one, that all of the AAS courses I had taken thus far had stood out as peerless in terms of the quality of their instruction and the ways in which they were both challenging and instructive in my thinking. Second, both the comprehensiveness and flexibility of AAS as an interdisciplinary department was attractive to me, since I was so torn between fields — history, English, politics, AAS — when I had to choose.

Ruha Benjamin's classes "Black to the Future: Science, Fiction and Society" and "Race Is Socially Constructed: Now What?" totally transformed how I viewed the world, and even more profoundly, exposed me to entirely novel methods of investigating the world.

My favorite course was probably "20th-Century Masters: Lorraine Hansberry" with Imani Perry. I think I grew intellectually more from taking that class than any other course I took at Princeton. Professor Perry is an incredibly dynamic teacher and one of the most agile thinkers I've ever met. On top of that, she's an attentive, compassionate listener and knows how to engage students as true peers.

My thesis focused on the ways in which black American intellectuals and activists responded to the Russian Revolution. My adviser was Keeanga-Yamahtta Taylor [assistant professor of African American studies], another absolutely excellent thinker and mentor. My thesis co-won the Ruth J. Simmons Thesis Prize (along with Imani Ford), and I was awarded highest honors in the AAS department and the Distinguished Senior Prize in African American Studies.

I am unsure about my career aspirations, but I have seriously considered becoming a high school humanities teacher, working in radio and pursuing academia. I will be looking for jobs while also preparing to apply to Ph.D. programs in history or American studies as well as attempting to turn one of my thesis chapters into a journal article. This past summer, I worked at [Princeton's] Mudd Library as an archival assistant working with the Princeton Triangle Club records as well as doing some research for Michelle Alexander (the author of "The New Jim Crow: Mass Incarceration in the Age of Colorblindness").

Both of my parents being Princeton alumni was a factor [in my choosing Princeton] in the sense that I already knew a little bit about what to expect coming into college because of their experiences.

Being the only male in the first AAS cohort — and the only white one, at that — struck me as peculiar but not particularly significant. However, I do think it is very important for white people like myself to study race, since it's one of the social phenomena that most structures both ourselves and the places we live and exist in — not just our country, but the entire globe to varying degrees. 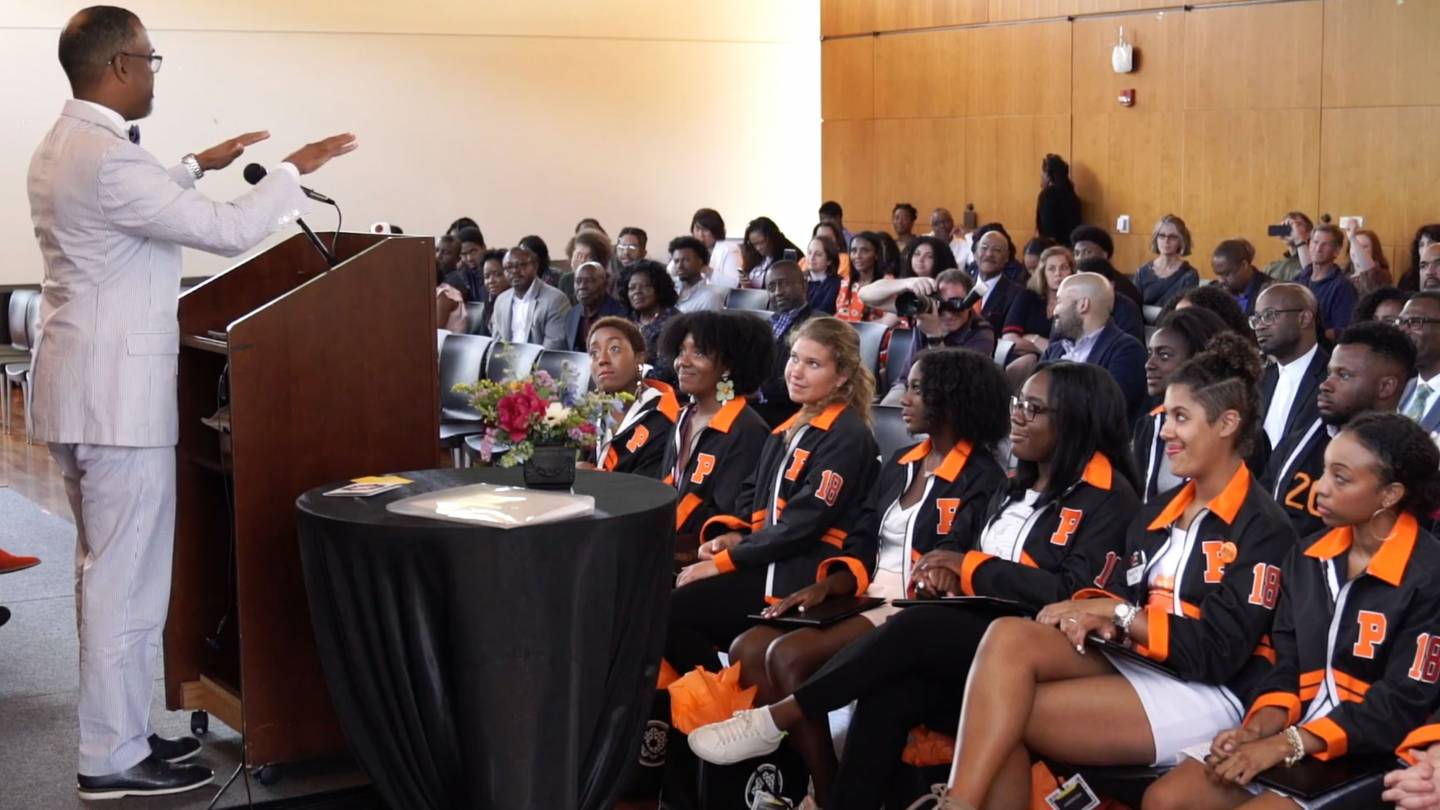 This video captures highlights from a special ceremony held by the Department of African American Studies on Class Day, June 4, 2018, to honor the first cohort of AAS graduates, including faculty speeches and congratulatory remarks.