Imani Perry is the Hughes-Rogers Professor of African American Studies and a faculty associate in the Program in Law and Public Affairs and the Program in Gender and Sexuality Studies at Princeton. She has written and taught on a number of topics regarding race and African American culture. This fall she will teach the undergraduate course "Race and the American Legal Process: Emancipation to the Voting Rights Act." This summer, she taught a PIIRS Global Seminar "Japan and Black America: A Long Road of Discovery" in Kyoto, Japan. 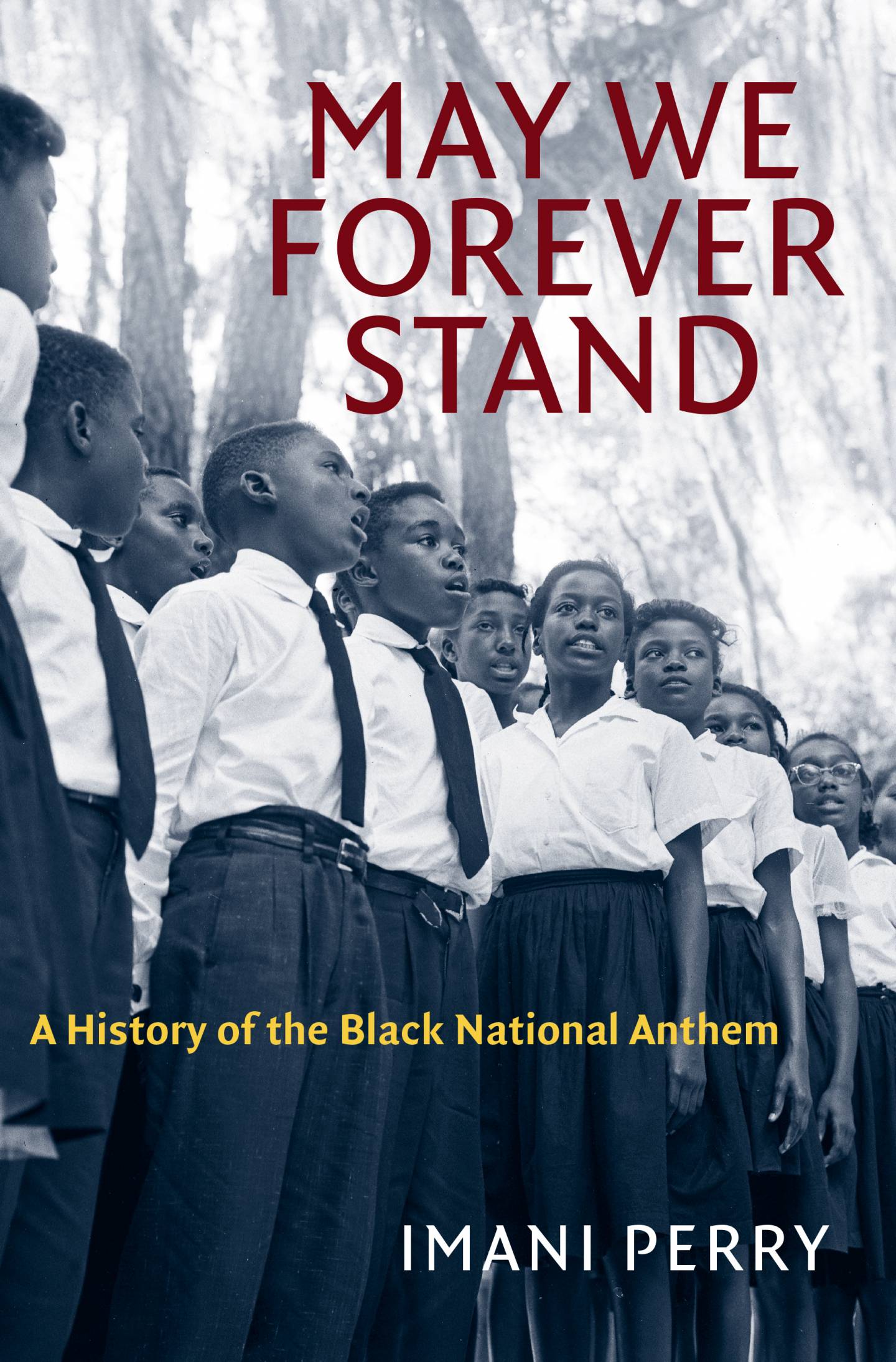 In her newest book, "May We Forever Stand: A History of the Black National Anthem," Imani Perry traces the journey of “Lift Every Voice and Sing” from school song to anthem, from South to North, and from family reunions, church pews and streets to Carnegie Hall and the Oval Office.

Photo courtesy of The University of North Carolina Press

Her newest book, "May We Forever Stand: A History of the Black National Anthem," tells the story of the anthem, "Lift Every Voice and Sing." Composed in 1900 for children in the Stanton School in Jacksonville, Florida, to sing at an assembly in honor of Abraham Lincoln's birthday — with lyrics penned by James Weldon Johnson and music by his brother Rosamond — it quickly took on a life of its own. Drawing on a wide array of sources, Perry traces the journey of “Lift Every Voice” from school song to anthem, from South to North, and from family reunions, church pews and streets to Carnegie Hall and the Oval Office.

Perry has two books forthcoming in September: the biography "Looking for Lorraine: The Radiant and Radical Life of Lorraine Hansberry" and "Vexy Thing: On Gender and Liberation." She will speak about "Looking for Lorraine" at 6 p.m. Wednesday, Oct. 17, at Labyrinth Books, 122 Nassau St., Princeton, New Jersey.

Her other books include "More Beautiful, More Terrible: The Embrace and Transcendence of Racial Inequality in the United States" and "Prophets of the Hood: Politics and Poetics in Hip Hop." 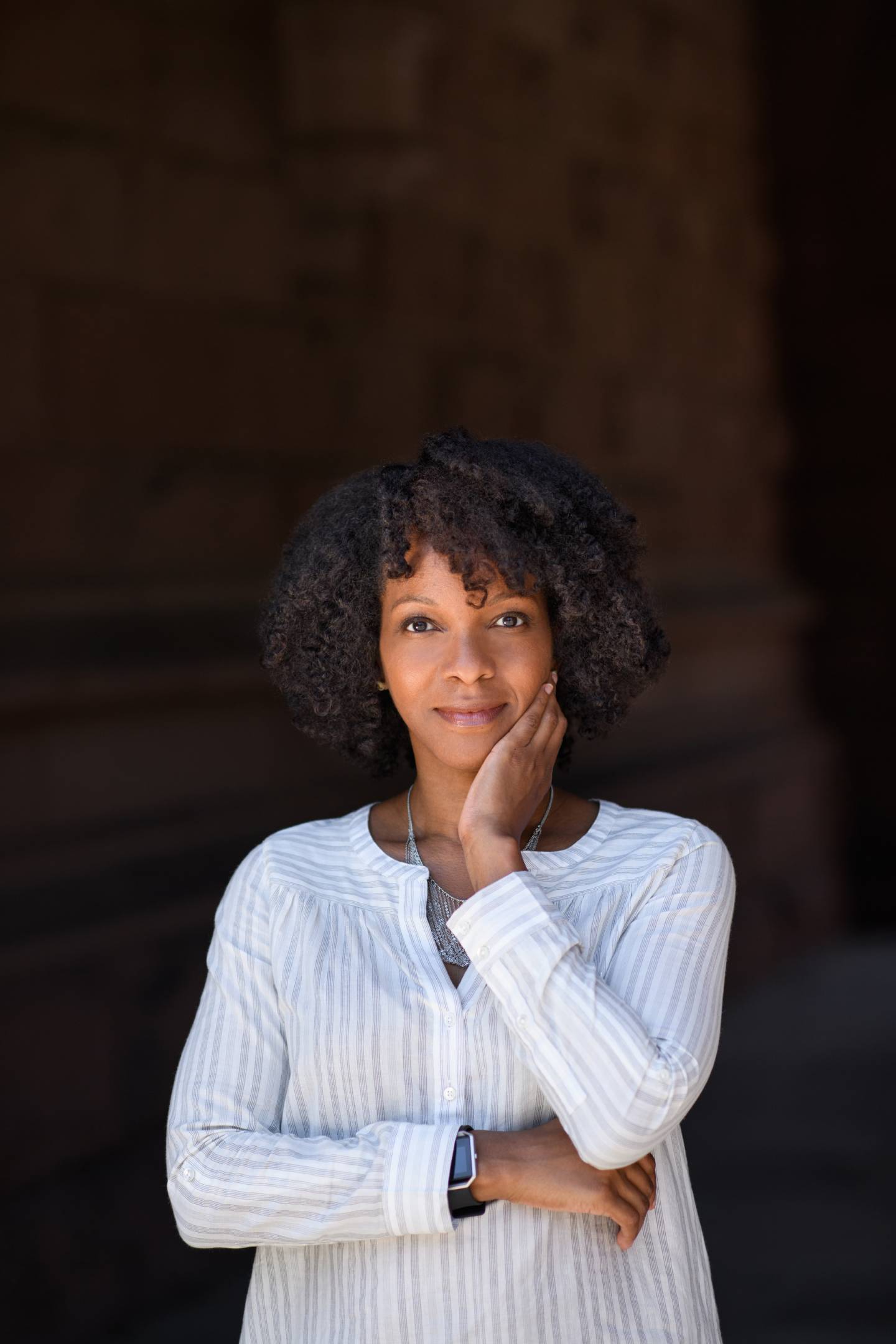 Why did you decide to take on a scholarly exploration of "Lift Every Voice and Sing"?

The song is such a central feature in African American culture and life in the 20th century, and yet it hadn’t been broadly and deeply explored. The story of its resilience is fascinating and it is a beautiful work of art, but it also provides an important window into black institutional and social practices. It was one of those projects that felt essential for the field of African American studies. And, as someone who, as a black Southern woman, is an heir of the tradition it represents, the book just called me.

What did your research process entail?

It was a huge undertaking. I pored over thousands of documents: newspaper articles, school graduation programs, memoirs, teachers' organization records, civic association records, school curricula, the work of visual and literary artists, sermons, records of protests and personal papers. The references to "Lift Every Voice and Sing" in black American culture are everywhere. So this book required that I build an archive, and then I had to sort through it to find themes and interpret the meaning and impact of the song.

What example illuminates the connection between the anthem and a particular historical moment or movement?

One of the things I am fascinated by is how this is an anthem that black Americans stuck through across a variety of political ideologies and time periods. So I am really moved by how, on the one hand, Martin Luther King Jr. would cite passages of it in his sermons, but also members of the Black Panther Party and other black nationalist organizations would sing it at gatherings. It was a touchpoint, and a way of communicating fellow feeling, notwithstanding different perspectives.

You coin the term "black formalism" in your discussion of how the popularity of the anthem spread organically throughout black civic and social institutions. What do you hope readers will contemplate about "black formalism"?

I hope that readers will grow to understand how tightly networked and organized black civic and institutional life was prior to desegregation. Black formalism, the rituals and codes that were part of that sphere, was so critical to how black Americans were able to sustain dignity, grace and the resilience to fight for justice in the face of a degrading, humiliating and deeply racist society. Public perceptions, and often even academic ones, about how black people lived in Jim Crow America are often wildly off base. I want to be part of correcting the misperception that everything was chaos and deprivation. I know there was abundant beauty, community and vision.

Would you share a new insight about the anthem that came to you while working on the book?

Three things that I didn’t know before my research stood out to me: One is that the anthem was an inspiration to a number of visual artists. I knew about a few major art pieces named "Lift Every Voice," but I wasn’t aware that there’s a whole collection of them. Another, is that the song influenced a number of African American poets and fiction writers. As someone who has studied literature for years, I suppose I should have been aware of that, but it was surprising and exciting to find all of these new references that indicated how important the song was for writers. And finally, I think it is fascinating that "Lift Every Voice and Sing" was embraced as the Negro national anthem before "The Star Spangled Banner" was declared the U.S. national anthem.

The title, "May We Forever Stand," is drawn from a line at the end of the song. Does this line have particular meaning for you?

There’s a double entendre there. It is customary to stand during "Lift Every Voice and Sing," but often people who are unfamiliar with the song don’t realize that. So I’m saying that I hope that tradition continues. The other part of the reference is really about the complexity of the song. The line is, "May we forever stand/True to our God/True to our native land." That “native land” part is ambiguous. If you talk to some people, they think it refers to the U.S., others think it refers to Africa (probably because I was born in the Black Power era, I have always thought of it as the latter.) So it literally is a song that expresses the double-consciousness that W.E.B. DuBois described, of being black yet also American. And so the title really gets at the idea of black Americans standing at the crossroads of identity and history.

You write of the anthem's "remarkable longevity" and that it "tells the singer to see herself or himself as emerging magnificently through struggle." To what do you attribute its staying power?

The song is beautiful and it is capacious. It really tells the story of black people in epic terms, and it also has these universal themes of resilience and struggle. I think its staying power is due to both its content and composition. Of course, it isn’t as widely known or embraced as it once was. But it is still here.

Do you have a favorite recording of "Lift Every Voice"?

The Tuskegee University Golden Voices Concert Choir has a version that I love. There are many members of my family who are Tuskegee grads, so I feel a special affinity for it, which has deepened as the newly named president of Tuskegee, Lily McNair, is a 1979 Princeton alumna.

One of Perry’s favorite recordings of “Lift Every Voice and Sing” is a performance by the Tuskegee University Golden Voices Concert Choir. (Read the lyrics.)

Have you observed a way in which "Lift Every Voice" resonates in the present moment, in particular with young people?

I begin the book with a reference to my older son learning the song when he was 5 years old. As a parent, seeing how both of my kids got it, how even as small children they knew the song was meaningful and said something important about who they are, was exciting but also really useful for me as I tried to work through what it is about the song that resonates so deeply. The second chapter of the book is about the centrality of the song in schools, and having my children be school age while I was writing kind of made the history come alive for me.

Three books in one year — how did you manage that?

I didn’t intend to have all three books come out in the same year! I’m a person who likes to work on multiple projects at once and so they all sort of just emerged around the same time, after years of working on each. But I will say that all three of them reveal my preoccupations as an intellectual. I am always thinking about how we get to a more just and humane world. That was Lorraine Hansberry’s commitment, that is what I try to think through in terms of feminist theory with "Vexy Thing," and I know that is what black Southern communities were pursuing when embracing "Lift Every Voice and Sing" and nurturing those children who would be the nation’s freedom fighters in the civil rights movement. I also believe, and I think all three books make that belief clear, that art is essential to achieving the fullness of human possibility. So whether I’m telling the story of a playwright, or using the work of novelists and painters, to pursue feminist theory, or trying to craft a sentence that makes a reader think as well as feel, I’m finding my faith in humanity through creativity and beauty.