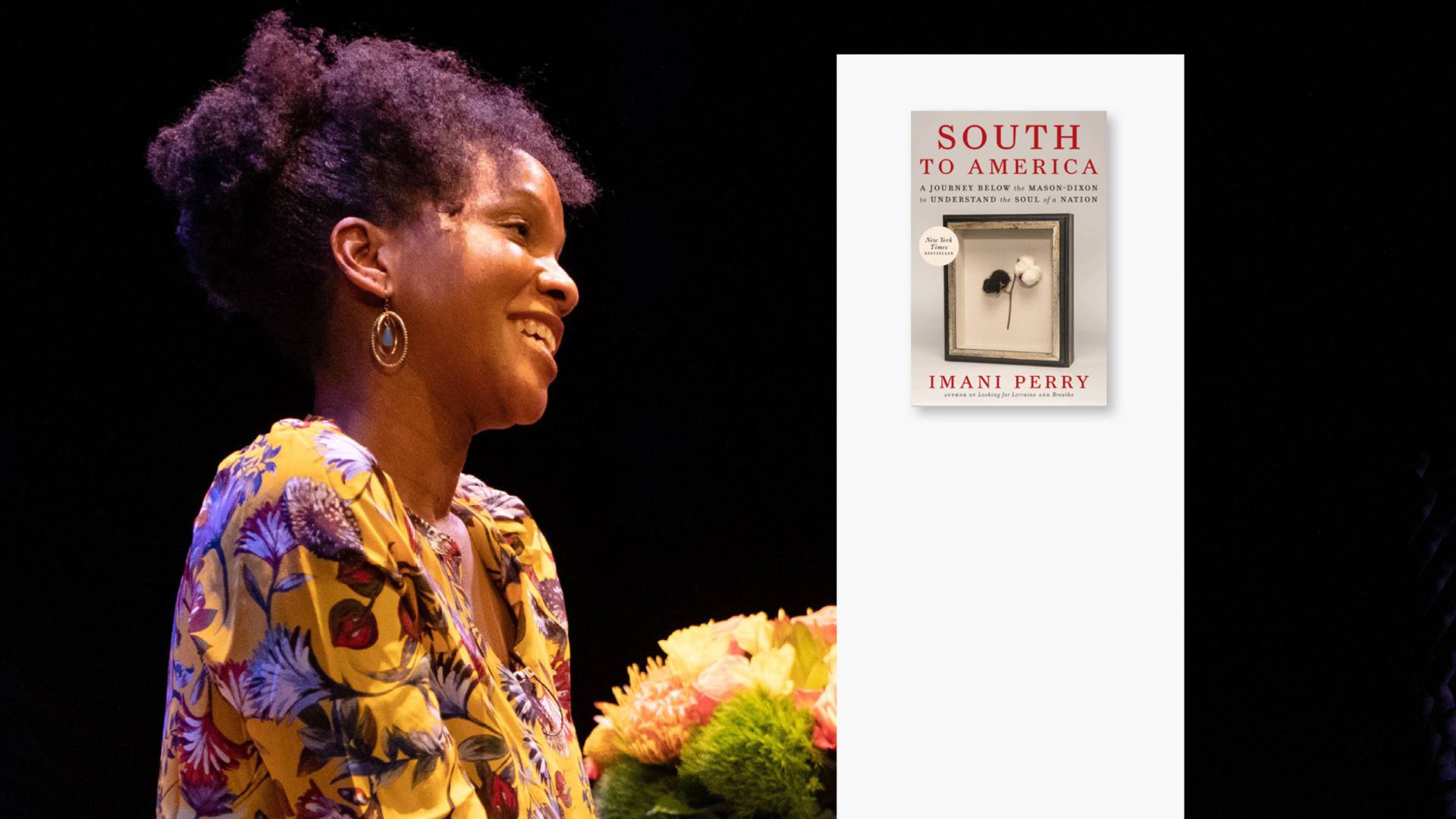 Imani Perry’s new book “South to America: A Journey Below the Mason-Dixon to Understand the Soul of a Nation” debuted this week at No. 6 on The New York Times nonfiction bestseller list.

In a Feb. 2 Essence magazine video interview, Perry spoke to why teaching Black history in schools is crucial. In her new newsletter “Unsettled Territory” for The Atlantic, Perry takes readers on an ongoing journey through culture, law, history, literature and politics, and shares her personal reflections as well.

Here, Perry, who is the Hughes-Rogers Professor of African American Studies at Princeton University, offers reflections and insights on Black History Month, along with recommended readings, music, documentaries and more. Below that is a list of University programs, events and resources that recognize and celebrate Black history throughout February and beyond.

What are your thoughts on the continued necessity and vitality of Black History Month as a commemoration and reminder to expand our knowledge?

Black History Month began as Negro History Week. It was formally begun by the great scholar, educator, publisher and organizer, Carter G. Woodson in 1926, but it was following a tradition set by Black teachers in the segregated South of using the week of Abraham Lincoln and Frederick Douglass birthday celebrations to commemorate important people and events in Black history, both domestically and globally. It was a gorgeous tradition that grew in defiance of the standard narrative in this country which held that Black people had contributed nothing of value to human civilization.

In 2022, we find ourselves in a period where there is a concerted effort to remove Black people from the history of this country and instead turn to a mythological depiction of the country. So, it's absolutely clear that we still have to contest false histories that exclude the fabric of who has been here, and what happened. But also, telling a history of the resilience, and the social, political and intellectual traditions, imagination and events that grew among people who were kept out of full citizenship is important for envisioning how we continue to pursue justice.

Help us zero in on what we might read, watch and listen to right now.

I'll begin by saying that all of the faculty in Princeton’s Department of African American Studies have written incredible books and articles that are among the most distinguished works in the history of Black studies so check out their work.

Read: I would specifically encourage people to read and contemplate the classic Toni Morrison short story “Recitatif,” which has recently been published as a stand-alone book. It's a fascinating story about two girls, one white and one black, who are not identified racially. And it helps us understand how race operates consistently, without the explicit mention of race, in people's minds as well as the social landscape.

Watch: The 1964 film, “Nothing but a Man,” starring Ivan Dixon and Abbey Lincoln, takes place outside of my hometown of Birmingham Alabama, and it powerfully depicts how hard labor and Jim Crow impacted family and love. It's a movie about gender, race, class and intimacy all at once.

Read: Kiese Laymon's recently reissued novel "Long Division" is a masterful speculative work about what it means to come of age on the grounds of both slavery and the Civil Rights movement, that captures both the intimacy across the color line in the South and the wounds of history.

Listen: Stevie Wonder's 1976 double album "Songs in the Key of Life" is arguably his greatest work, and it shows his breadth and depth. The content is political, romantic, soulful. Wonder experiments electronically and compositionally and yet holds onto blues sensibilities. And for students who are interested in getting a sense of the world in the ’70s, this is the perfect album to bring you to that time.

Watch: Romare Bearden, one of the great visual artists of the 20th century, had a documentary produced about his life in 1980 titled "Bearden plays Bearden" that is available on YouTube. It's a gorgeous portrait of his life and work, between North Carolina and New York and beyond, and includes other luminaries who were his friends — including Albert Murray, James Baldwin and Alvin Ailey. I especially love how it captures the way artists are historians and social critics.

Read: Margaret Walker is one of my literary heroes. She was born in Birmingham, participated in the Chicago renaissance, and had a long career as a scholar and educator at Jackson State University. Her poem "For My People" is, to me, the single most resonant work of art when it comes to the story of Black American life. It is descriptive, instructive and spiritual all at once.

This list will be updated throughout February. Please note that most virtual events require a Princeton University netID in order to register.

Other resources and websites:

Emily Aronson contributed to this story.