Princeton University’s first all-electric bus made its inaugural appearance on campus in late October, marking an important milestone toward the University’s goal of reaching net-zero emissions by 2046, or sooner. The bus is one of 17 slated to arrive through February as the University transitions to a fully electric bus fleet. 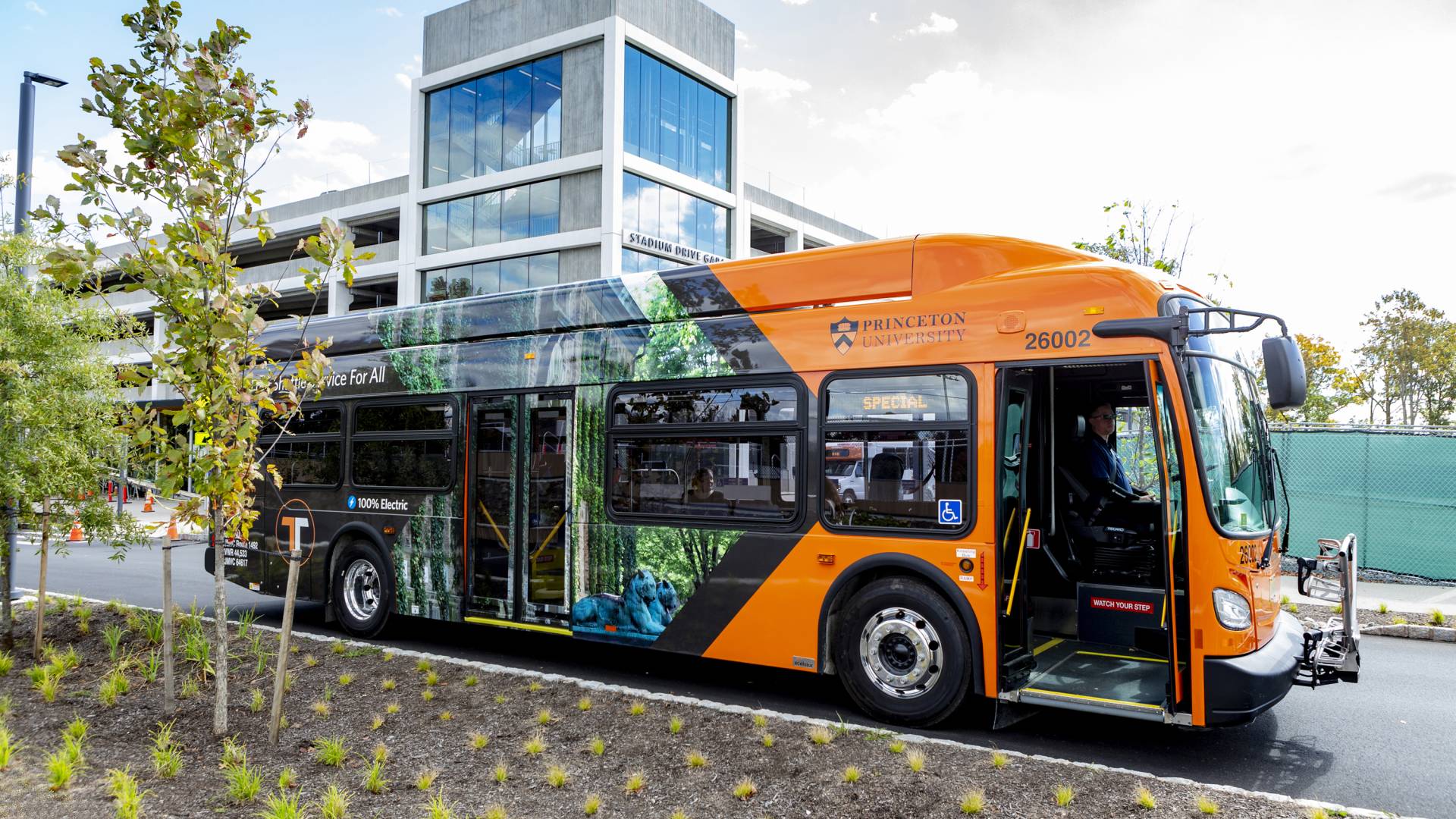 “I am so excited about Princeton’s transition to electric vehicles because of the positive impacts it will have for both our University and local communities,” said Charlie Tennyson, director of Transportation and Parking Services. “I am really proud of Princeton for choosing to make this investment, which is a very smart and sustainable long-term investment when compared to the cost and emissions of operating diesel vehicles.”

Tennyson said when all of the buses are put into service, Princeton will be the first among its Ivy League peers — and also among the first transit operators throughout the northeast — to operate a fully electric bus fleet.

Initially, the first bus will be used primarily for training TigerTransit drivers. It will be launched into limited service, rotating through most routes by late November. The remainder of the fleet will be delivered and introduced into service between December and April, with the last remaining diesel vehicles scheduled to be removed before the start of the next academic year, Tennyson said. 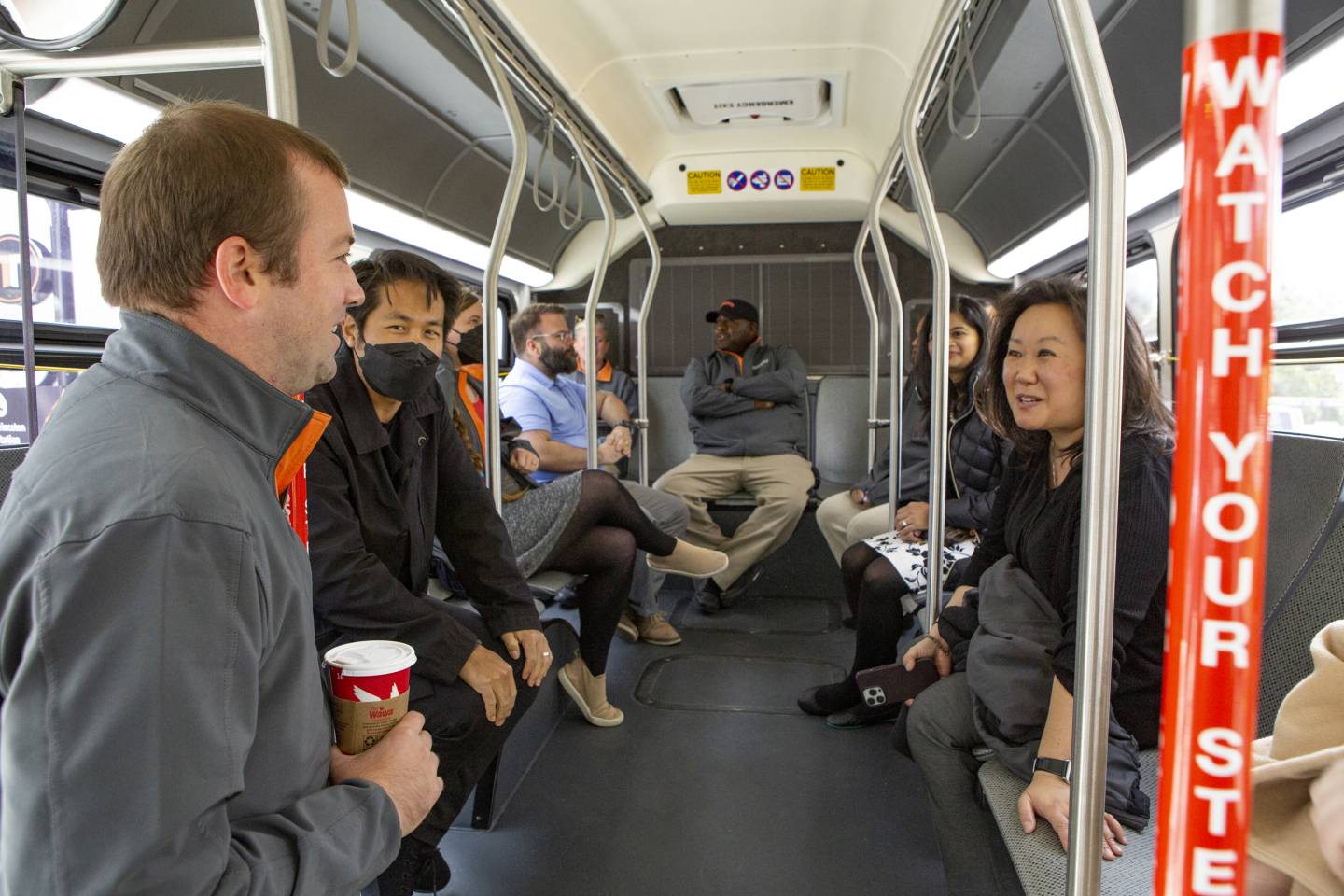 The decision to convert the entire TigerTransit fleet from diesel to electric supports the University’s Sustainability Action Plan. The deployment will eliminate roughly 500 metric tons of carbon dioxide each year and improve air quality by reducing the small particulate matter that may cause asthma and other respiratory problems.

The new buses also run more quietly, Tennyson said. They can run for about 200 miles on a single charge, which exceeds the daily mileage required for the longest running buses in the TigerTransit system.

“Taking steps now to demonstrate scalable fossil-free systems is the journey we’re on as a society, and it’s exciting to see Princeton squarely in that space,” said Shana Weber, director of the Office of Sustainability. “While the entire life cycle of products, including buses, is not yet fossil-free, transitioning to electric vehicles while regional electric grids decarbonize is part of that journey and builds momentum, supports better local air quality, new industries, helps to educate and informs policy.”

The Xcelsior battery electric buses are manufactured by New Flyer. They can seat 26 passengers and include 14 USB chargers for riders’ devices. They also are fully accessible with state-of-the-art features for riders who use wheelchairs or need similar accommodations, and feature audio-announced stop information.

Thirteen of the vehicles will be wrapped with iconic campus images. The first bus is painted orange on the front end and black on the rear end, with an image of Nassau Hall appearing in a chevron-shaped cutout across the sides.

Tennyson is Princeton’s new director of Transportation and Parking Services