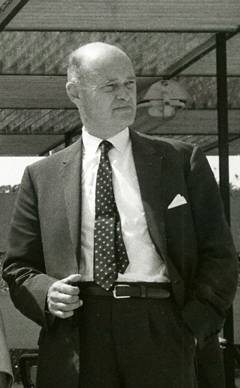 George Kennan, while ambassador to Yugoslavia from 1961 to 1963

George Kennan, a member of Princeton's class of 1925 and an architect of American foreign policy during the Cold War, died Thursday, March 17, at his Princeton home. He was 101.

Papers chronicling the career of Kennan -- who was best known for crafting the "containment" strategy that became the foundation of American policy toward the Soviet Union -- have been housed at Princeton's Seeley G. Mudd Manuscript Library since 1968.

"After graduating from Princeton, Kennan forged a distinguished career and his contributions will be remembered by diplomats, historians and anyone who longs for a rational approach to foreign relations," said Daniel Linke, University archivist and curator of public policy papers. "While much of his life was devoted to U.S.-Soviet affairs, Kennan ultimately advocated a foreign policy that recognized both the strengths and limits of the United States, a principle one hopes will survive the test of time, no matter who our allies or adversaries may be."

In February 2004, Linke organized a conference at Princeton on Kennan's career, which was attended by leading diplomats and scholars and featured a keynote address by then-U.S. Secretary of State Colin Powell.

Details related to funeral services were not available. An obituary on Kennan was published in Friday's New York Times.

Secretary of State Powell to deliver address at Princeton in 2004