Princeton University's Seeley G. Mudd Manuscript Library has completed a one-year project to process the papers of George Kennan and James Forrestal, two Princeton alumni who were important figures in shaping U.S. policy at the inception of the Cold War. 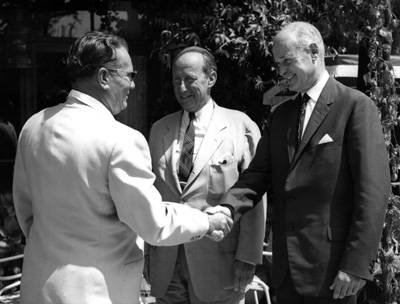 Kennan, a diplomat and historian, is best known for writing the "Long Telegram" and the subsequent "X" article in Foreign Affairs in which he advocated for a new course in U.S.-Soviet relations that became known as "containment." Kennan, a 1925 Princeton graduate, was involved in diplomatic relations with the Soviet Union throughout most of his distinguished career in the U.S. Foreign Service. As a historian at the Institute for Advanced Study, he studied modern Russian and European history and became an important critic of American foreign policy. His papers document his entire career.

Forrestal, a 1915 Princeton alumnus and a Wall Street businessman, was the first U.S. secretary of defense, overseeing the unification of the U.S. military departments in 1947. He previously served as assistant to President Franklin Roosevelt as well as undersecretary and secretary of the Navy. His papers date from his service in the U.S. government during and immediately after World War II. 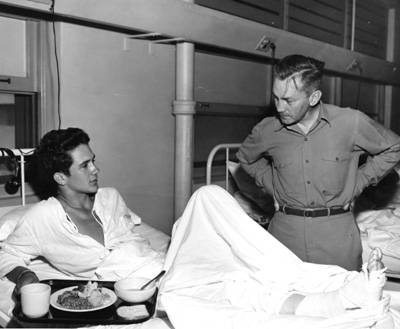 The finding aids for the George F. Kennan Papers and the James V. Forrestal Papers are available online. The processing of these papers was completed in June and managed by project archivist Adriane Hanson. It was made possible through the support of the National Historical Publications and Records Commission.

As part of this project, the Arnold A. Rogow Papers on James V. Forrestal also were processed.   The Rogow papers are composed of materials he collected for his book " James Forrestal: A Study of Personality, Politics and Policy" (1963) and include correspondence with individuals who knew Forrestal, Rogow's notes and other research materials. The finding aid is available online.

For further information about these collections or about conducting research at the Seeley G. Mudd Manuscript Library, visit the library website.

Dulles papers released by CIA to Princeton are now online