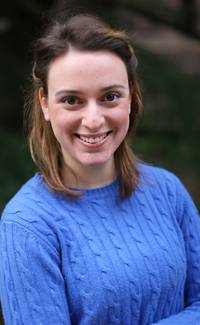 Princeton senior Rebecca Jones and recent graduate Amanda Dennis have been awarded Gates Cambridge Scholarships, which give outstanding students from outside the United Kingdom an opportunity to pursue postgraduate study at the University of Cambridge.

Jones, who is from New Canaan, Conn., will graduate with a bachelor’s degree in psychology. Next year, she will pursue a master’s degree in biological sciences (psychiatry) at Cambridge. Her master’s thesis will examine the difficulty children and adolescents with high-functioning autism have processing the emotions that underlie facial expressions. After studying at Cambridge, she plans to return to the United States and earn a Ph.D. in clinical psychology.

At Princeton, Jones completed a senior thesis exploring the processing of facial identity and the changes in eye gaze in individuals with autism. She has served as a research assistant in the University's Center for the Study of Brain, Mind and Behavior. She also has coordinated the Princeton students who work and volunteer at the Eden Institute, a school in Princeton for children and adolescents with autism.

Dennis, who is from Merion, Pa., will pursue a master’s degree in European literature and culture at Cambridge. She will examine representations of perception and memory in literature. Afterward, she plans to earn a doctorate in rhetoric at the University of California-Berkeley, and hopes to become a professor and novelist.

After graduating from Princeton in 2003 with a bachelor’s degree in comparative literature, Dennis was a Princeton-in-Asia instructor in Thailand, teaching English literature and creative and expository writing in the city of Chiang Rai and helping to run training seminars for English teachers in rural regions. She is currently a researcher and reader of fiction submissions at The Atlantic Monthly in Boston.

Established in 2001, the Gates Cambridge Scholarships are funded through a $210 million donation to the University of Cambridge from the Bill and Melinda Gates Foundation. Scholars are selected on the basis of intellectual ability, leadership potential and desire to improve the lives of others. Approximately 100 awards are given out each year.