Princeton University seniors Penina Krieger, Natasha Turkmani and Charlotte Williams, as well as Class of 2013 graduate Erica Cao, have been awarded Gates Cambridge Scholarships. The awards give outstanding students from outside the United Kingdom the opportunity to pursue postgraduate study at the University of Cambridge. The program was established in 2000 by a donation from the Bill and Melinda Gates Foundation to Cambridge to build a global network of future leaders committed to improving the lives of others.

The recipients are among 36 U.S. winners of the scholarship. A total of 90 scholarships are typically awarded each year, with international winners selected in the spring. 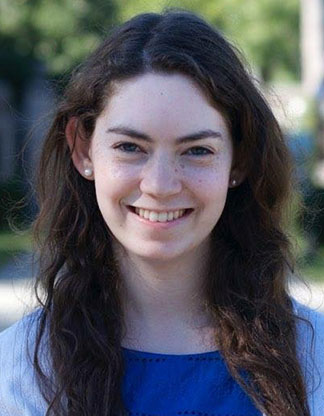 Krieger, of Merion Station, Pennsylvania, is a neuroscience major who is pursuing a certificate in cognitive science. She will study for a master's degree in biological science in the Cognition and Brain Sciences Unit at Cambridge. Her research will focus on the cost of attention, in particular a phenomenon in human cognition called attentional blink and its implications for people with attentional issues, such as ADD or neurodegenerative diseases.

After Cambridge, she plans to pursue a medical and research career in computational neuroscience, with the goal of working in academic medicine.

In summer 2014, Krieger conducted research in Melbourne, Australia, on genetic epilepsy syndromes, through Princeton's International Internship Program. She has also conducted research in a computational memory lab at the University of Pennsylvania. Her current research under Jonathan Cohen, the Robert Bendheim and Lynn Bendheim Thoman Professor in Neuroscience, and professor of psychology and the Princeton Neuroscience Institute, focuses on the computational tradeoffs of learning and multitasking.

Krieger joined Cohen's lab as a freshman. Cohen noted her creativity, perseverance and meticulousness in "addressing some fundamental questions about how we learn to do tasks and how we manage to juggle multiple tasks. She's been involved in a central line of work in the lab and made a substantive contribution to our work," he said.

Krieger was awarded the University's Shapiro Prize for Academic Excellence in 2014 and 2015, and was honored with early induction into Phi Beta Kappa in fall 2016.

Beyond the lab, Krieger, a member of Butler College, has been involved with the interfaith Religious Life Council and the Center for Jewish Life. She was a founding board member and academic chair of the Cognitive Science Society and volunteered as a tutor at the McGraw Center for Teaching and Learning and the Petey Greene Program, which provides individualized tutoring for incarcerated people. She has also served as a volunteer in the neonatal intensive care unit of the University Medical Center of Princeton at Plainsboro. 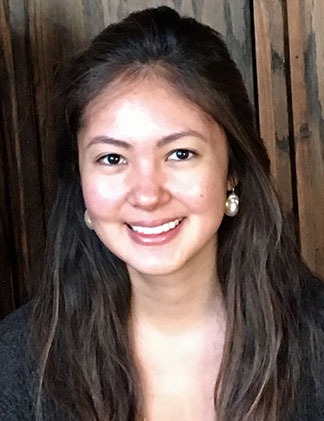 Turkmani, of Washington, D.C., is a civil and environmental engineering major. She will study for a master's degree in engineering with a focus on energy technologies at Cambridge. Her proposed research aims to evaluate the economic and environmental trade-offs between deploying biofuels and hydrogen power as low-carbon transport alternatives. In her application, she wrote, "The transitional period between the present and 2050 represents a crucial period in which society must build the necessary infrastructure to support a green economy."

She was awarded the University's Shapiro Prize for Academic Excellence in 2015.

"Natasha is an exceptional student with a drive to understand complex environmental phenomena and solve major societal problems," said James Smith, the William and Edna Macaleer Professor of Engineering and Applied Science.

"Her research has centered on technological innovations that have the potential to provide carbon neutral energy systems for society," he said. "I expect Natasha to develop as a leading environmental scholar and contribute creatively to solutions of the daunting environmental challenges we face."

In summer 2015, Turkmani, a member of Forbes College, completed a research internship in Malaysia with University Teknologi Petronas through Princeton's International Internship Program.

She served as co-director of outreach for the Princeton University chapter of Engineers Without Borders for two years; tutors youth inmates as part of the Petey Greene Tutoring Program; and is a member of Black Arts Company: Dance, a student-led hip-hop group. 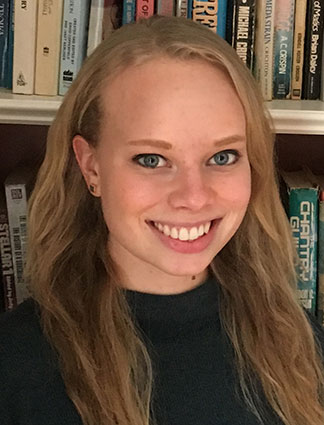 Williams, of Princeton, is a concentrator in anthropology and is pursuing certificates in archaeology, Latin American studies and urban studies. She will study for a master's degree in archaeology in the Archaeological Heritage and Museums Track at Cambridge. With an interest in becoming a museum curator, she hopes to use her fellowship year "to broaden my understanding of the role of museums both past and present in shaping public perceptions of culture," she wrote in her application. After Cambridge, she plans to pursue a Ph.D. in art history and archaeology with a focus on pre-Columbian art.

Her interest in archaeology began in Princeton's Bridge Year Program — a yearlong tuition-free community service program for accepted students prior to beginning their freshman year on campus. During that year, she volunteered with ProPeru, a nongovernmental organization that focuses on development projects, and had the opportunity to shadow a group of archaeologists who were working to shield sites from degradation.

At Princeton she has taken a wide range of classes in material culture and cultural heritage. In summer 2014, she took "Archaeology in the Field," an excavation class in Greece taught by Nathan Arrington, assistant professor of art and archaeology, and director of the Program in Archaeology.

"Charlotte always exceeded expectations, in the classroom and in the field," Arrington said. "Her work in seminar stood out for its depth, creativity and clarity. She also shone as a student in 'Archaeology in the Field,' and she returned [the following summer] as a supervisor, which is a position normally reserved for graduate students. A natural leader who guides with easy grace, she supervised workers and students and oversaw some very complex archaeological situations."

Williams also held summer internships at the Penn Museum of Anthropology and the Metropolitan Museum of Art.

Outside the classroom, Williams has served as captain of the mock trial team; staff writer for the student-led magazine Princeton Traveler, peer representative for students who are accused of violating Princeton's honor code; residential college adviser in Forbes College, one of Princeton's six residential colleges; member of the Department of Anthropology's Undergraduate Advisory Group; member of the Behrman Undergraduate Society of Fellows, a group of undergraduates dedicated to the study of the humanities; and tutor with Princeton Tutoring. 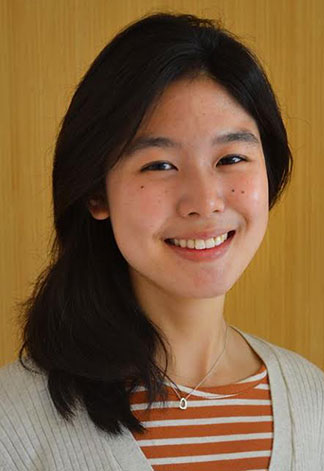 Cao, from Chesterfield, Missouri, earned her master's in music studies, specializing in music and clinical science, at Cambridge's Centre for Music and Science, also on a Gates Scholarship. She has been awarded a second Gates Scholarship for a Ph.D. degree in collaborative songwriting at Cambridge. A pianist, Cao majored in psychology at Princeton and earned a certificate in musical performance.

Cao also is a medical student at Columbia University College of Physicians and Surgeons, which she will continue while she pursues her Ph.D. She will also continue her efforts to establish a nonprofit organization called Humans in Harmony, which aims to build connections between people through collaborative music-making. The organization's co-founders include Elizabeth Butterworth, a 2012 alumna; Jennifer Chew, a 2015 alumna; and Cao's sister Lucy. According to a statement on the Gates Cambridge website announcing the 2017 recipients, Cao "believes in the power of music in aiding those with neuropsychiatric disorders, in reconciliation and understanding between communities, and in reshaping our institutions and cultures towards civil society."

At Princeton, Cao was involved in a number of activities that combined her interests in music, medicine and community service. She co-founded the student group Music in Mind and led the spring break trip "Music, Mind and Medicine," sponsored by the Pace Center for Civic Engagement, where students worked with Boston community groups and hospitals to promote music as a way to improve lives.