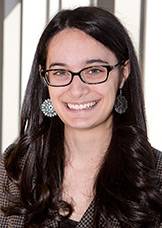 They will be recognized at a luncheon during Alumni Day on campus Saturday, Feb. 22.

Barrett, of Port Washington, N.Y., is a history major pursuing a certificate in South Asian studies. After graduation, he plans to work on an effort to develop volunteer-based GED tutoring programs for prison inmates. In the long term, he hopes to focus on policy issues related to domestic and international poverty, especially those tied to education and incarceration.

"I feel deeply honored and very lucky to have received this award," Barrett said. "I'm very thankful for the friends, classmates and professors who have pushed me to grow as a person and as a student during the past four years."

Before beginning his studies at Princeton, Barrett participated in the University's Bridge Year Program, which provides incoming freshmen with the opportunity to defer enrollment for a year to engage in University-sponsored community service abroad.

John Luria, director of the program, said he saw Barrett's passion for learning at work at the Bridge Year site in Varanasi, India.

"While in India, whether he was tutoring English, studying Hindi, spending time with his host family, striking up a conversation with the neighborhood "chai wala," or reading history books — a favorite pastime — Joe was actively engaged in a process of exploration and critical reflection," Luria said. "He is perhaps one of the most engaged, reflective and open-minded students I've ever come across."

In his senior thesis, Barrett is exploring government understandings of poverty and its role in working to reduce poverty in the 1960s.

"Joe Barrett is the kind of undergraduate that makes teaching at Princeton such a joy," said Sean Wilentz, Princeton's George Henry Davis 1886 Professor of American History and Barrett's thesis adviser. "Joe cares deeply about what he studies and its connections to the world we only think we know. His senior thesis already bears the marks of this kind of rooted enlightenment."

Barrett is a volunteer tutor with the Petey Greene Prisoner Assistance Program, an Outdoor Action leader trainer, a member of the Behrman Undergraduate Society of Fellows, a co-founder of Students for Prison Education and Reform and a member of the club soccer team.

In addition to his Bridge Year experience, he studied at the University of Oxford as a participant in the Oxford-Princeton Exchange in History and returned to India to study in an intensive Urdu program. He also worked as an intern at the U.S. government's Millennium Challenge Corporation, both in Washington, D.C., and Maseru, Lesotho.

During his freshman year, he took a course on the 1857 revolt in colonial India taught by Bhavani Raman, an associate professor of history. Raman became a mentor to Barrett and advised him on his junior paper on the effects of British imperial ideologies on the interpretation of Indian history and artifacts.

"Joseph has a passionate interest in contemporary worlds and a deep commitment to know them through the frameworks of history," Raman said. "This wonderful quality makes for a creative and rigorous mind that draws out new and innovative ways to relate the past and the present."

Kasdin, of Princeton, N.J., is a history major pursuing a certificate in American studies. She plans to pursue a master's degree in archaeology at the University of Cambridge in the archaeological heritage and museums track through a Gates Cambridge Scholarship. Kasdin ultimately hopes to work as a museum curator in a cultural heritage management role.

"Princeton has provided me with unbelievable support to pursue crazy dreams — to take a production to an international theater festival, to sing in Vienna on Mozart's birthday, to contribute to a museum exhibit, to interview screen actors for a term paper, to go to a Q-and-A with Stephen Sondheim — the list could go on and on," Kasdin said. "It's difficult to express how grateful I am for the opportunities Princeton has provided me, and I certainly don't think I could have earned this without Princeton's support along the way."

Jill Dolan, the Annan Professor in English and professor of English and theater in the Lewis Center for the Arts, has taught Kasdin in two courses.

"Izzy is one of the best students I've worked with, not only at Princeton but in my 30-plus-year teaching career," she said.

"She's a very synthetic thinker; she easily brings together her work in history with her studies in gender and sexuality, popular culture and theater, as she thinks across periods and disciplines with grace and elegance," said Dolan, who directs the Program in Gender and Sexuality Studies.

In her senior thesis, Kasdin is examining the representations of the American past at world's fairs held in the United States in 1876, 1893, 1904 and 1915-16. She is focusing on how those expositions served as laboratories for American public memory and how historical conditions at that time influenced the ways fair organizers represented and discussed the past.

"Izzy is already a true historian, with the patience and curiosity to spend long hours in archives," said Martha Sandweiss, a professor of history and Kasdin's thesis adviser. "She has an eye for the telling document and odd detail that let her craft her papers with imagination and intellectual rigor."

Kasdin is president of Princeton University Players, co-president of the Princeton University Chapel Choir, an Outdoor Action leader, an Orange Key tour guide and a study abroad peer adviser in the Office of International Programs. She is also a major choices adviser in Rockefeller College and a member of the student advisory board in the Program in American Studies.

She spent a semester abroad at University College London and a summer studying archaeological field methods at the College of William and Mary. She also was a museum education intern at Ford's Theatre Society and a volunteer at the Historical Society of Princeton.

Penna Rose, director of chapel music, said Kasdin has been a key part of the Chapel Choir since her freshman year, as a performer and a leader.

"Izzy is important to the choir first and foremost as a singer," Rose said. "But she contributes her energy in a myriad of ways, each of which enhances the community and life of the Chapel Choir."

Kasdin also was co-director and co-producer, along with senior Lily Gold, of the Princeton in Edinburgh: Fringe Festival Project, in which the full-length musical "Assasins" was presented at the Edinburgh Festival Fringe in Scotland in 2012.

"It's wonderful that the prestigious Pyne Prize has honored a student whose excellent scholarship, strong character and accomplished leadership skills have been demonstrated in the arts," Dolan said.