Princeton University alumna Katherine Clifton, a member of the Class of 2015, and seniors Richard Lu, Cameron Platt and Evan Soltas have been awarded Rhodes Scholarships for graduate study at the University of Oxford. 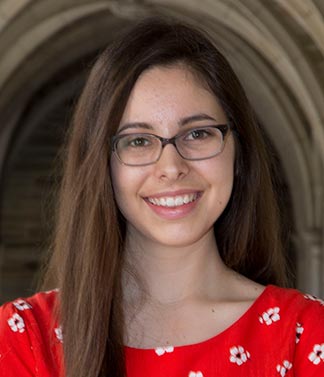 Clifton, of Honolulu, concentrated in English and completed a certificate in theater at Princeton. A recipient of the Martin A. Dale Fellowship, Clifton is spending this academic year in Belgrade, Serbia, writing and staging an original documentary play exploring hostilities between Serb and Roma people. At Oxford, she plans to pursue a Master of Science degree in Russian and Eastern European studies and an M.Sc. in forced migration and refugee studies.

"I feel so grateful for this honor and excited to engage fully the unique opportunities it involves beneath the 'dreaming spires,'" Clifton said. "I'll be spending Thanksgiving with my family at home this year for the first time in six years, and I feel immensely lucky to have so many reasons to be thankful."

Long fascinated by the confluence of cultures, Clifton taught English to Romani children in Serbia as part of the Bridge Year Program before her freshman year at Princeton. At the University, she crafted her experience by selecting courses and independent work through an international lens. Her senior thesis examined Shakespeare's influence on Japanese stage and film, and she spent a summer in Tokyo teaching English, watching plays and films, and meeting with Japanese directors, actors and scholars.

Her other international experiences include working as an intern at the Edinburgh Fringe Festival this past summer and participating in a Princeton Institute for International and Regional Studies Global Seminar in Greece.

"In everything she does, Katherine demonstrates intelligence, wit and imagination," said Michael Cadden, senior lecturer in theater in the Lewis Center for the Arts and chair of the Lewis Center, who advised Clifton's senior thesis. "She writes and speaks with the authority that comes from having put in the hours to learn a subject, but she wears her learning lightly. Indeed, I have rarely encountered a student so taken with the 'fun' of learning! Her attitude inevitably raised the level of any class, as her colleagues viewed her as a model of intellectual leadership."

"[W]ith two years at Oxford I see an opportunity to delve more deeply into the history and politics of immigration and integration in Eastern Europe, an increasingly pressing topic as there are more people displaced around the world than at any time since the Second World War," Clifton wrote in her Rhodes application.

"Whether it be a phrase from a poem or a play, or another country, or some other 'strange point and new' in Serbia or somewhere else, Katherine's immense enthusiasm and talent work to enunciate, to dramatize, what is unusual in ways that make them comprehensible and beautiful to those around her," said Jeff Nunokawa, a professor of English. 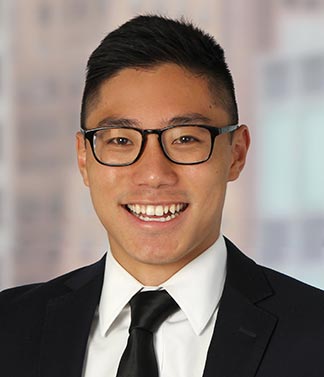 "I've met so many incredible, inspiring people over the weekend [during Rhodes interviews] who all deserve this chance to immerse themselves in issues they are all so passionate about," Lu said. "It's why I am so humbled that this opportunity at Oxford has been given to me to study global health so I can work to transform health systems and improve health access around the world."

During his time at Princeton, Lu has pursued a wide range of educational and research opportunities focused on public and global health. He led a weeklong civic engagement trip in 2013 to explore the impact of the of the Affordable Care Act on health access and coverage in urban New Jersey. In Kakamega, Kenya, he helped a clinic transition from paper to electronic records and conducted community outreach efforts during the summer of 2014, deciding to stay in Kenya and continue his work even after contracting malaria.

For one of his senior theses, he conducted research this past summer at the Biovac Institute in Cape Town, South Africa, which works to develop and manufacture vaccines. Also last summer, he evaluated health-care payment models at McKinsey & Co. Since 2011, he conducted research at the Washington University School of Medicine in St. Louis.

"I have had the privilege of teaching and mentoring many impressive Princeton students, but Richard stands out even among that group for his keen intellect, drive for excellence and leadership abilities, and I believe he will continue to thrive, no matter the field to which his studies lead him," said Heather Howard, director of the State Health Reform Assistance Network at the Woodrow Wilson School of Public and International Affairs.

"One day, as a physician, I will always marvel at treating patients and seeing them recover," Lu wrote in his Rhodes application. "But I am driven to go beyond the medicine, to empower all individuals to have access to care. Without a doubt, the Rhodes Scholarship offers the perfect path for me to fulfill that life vision devoted to social justice through the health system."

Lu has been a residential college adviser, a student tutor at the McGraw Center for Teaching and Learning and a student liaison for the global health and health policy certificate program. He is treasurer of the Class of 2016 and director of external affairs for the Undergraduate Student Government. He is also active in Princeton Faith and Action.

"No job is too small for Richard and no detail is overlooked; for the past three years I've watched him carry tables, set out food, pay bills, hang posters and pick up trash (in a tux) long after events like the Orange and Black Ball have concluded," Dunne said. "He never seeks recognition nor thanks, but rather is sustained by moments when his classmates gather and a real atmosphere of community and connectedness bloom — he loves a good party." 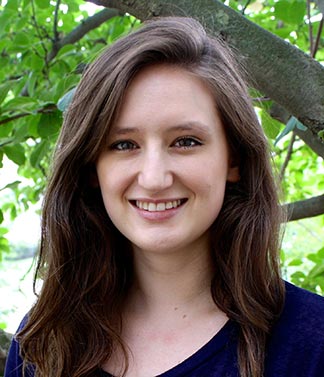 "I'm honored, humbled by my Rhodes classmates, and deeply grateful for the mentors and friends at Princeton who have shown me what it means to fight the world's fight, in ways both large and small," Platt said. "Oxford is a magical place, and I can't wait to see how my passions will extend and transform there!"

Platt's literary studies have already taken her to Oxford, where she participated in the Middlebury Bread Loaf School of English and did research in the 19th-century local parish archives of the Bodleian Library during the summer of 2015. Her senior thesis explores new ways of understanding female selfhood in English literature, including women from the works of Shakespeare, Jane Austen and Virginia Woolf.

"As I approach scholarly questions with the collective ethos of the arts, I aspire to expand the horizon of social implications for humanistic research," Platt wrote in her Rhodes application. "Hopeful possibilities emerge when we meet our world with the same empathy, openheartedness and responsiveness that literary study demands and develops. By sharing narratives and studying how people interact with them, we make a world that is more respectfully connected, resonating with its own rich differences."

Sophie Gee, an associate professor of English, said she taught Platt many times, beginning when she was a freshman.

"From the outset she could see what real analysis was — she could tell the difference between descriptive and actual critical thinking — and she had the skills and self-control to put those perceptions on the page," Gee said. "She has this almost stunning ability to pay rigorous, worldly attention to what she's doing, and to find authenticity in her work, so it rings true."

As an actor, director, and in other production roles, Platt has worked on more than 20 theatrical productions with more than 10 companies since 2010. She is president of Princeton University Players, the University's student-run musical theater company. She is a peer academic adviser in Wilson College and a member of the undergraduate advisory committee in the Department of English.

Platt was co-winner of the George B. Wood Legacy Junior Prize, recognizing outstanding work during the junior year, and winner of the Shapiro Prize for Academic Excellence, recognizing exceptional academic achievement in the freshman and sophomore years. She has also been elected to the Phi Beta Kappa Society.

Later, she plans to pursue a Ph.D. and an academic career.

"Cameron is a wonderful citizen of Princeton's community, and I know she'll go on to be an equally productive and inspiring citizen of the world," said Jill Dolan, dean of the college, Annan Professor in English, and professor of English and theater in the Lewis Center for the Arts. "Her compassion and commitment is thrilling to witness, and gives me hope for all the people and places she'll touch." 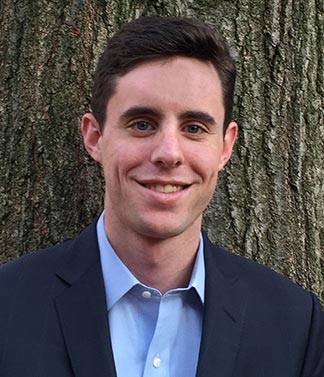 Soltas, of Rumson, New Jersey, is concentrating in economics and pursuing a certificate in statistics and machine learning. At Oxford, he plans to pursue an M.Sc. in applied statistics, combined with an M.Sc. by research in his second year.

"I am so thrilled and honored to be selected as a Rhodes Scholar," Soltas said. "I am eagerly looking forward to studying at Oxford and spending two years with my fellow scholars."

Soltas began an economics blog shortly before entering Princeton as a way to learn more about the subject and in 2012 became a writer for The Washington Post's "Wonkblog," a morning email newsletter on policy that has 40,000 subscribers, and a contributing writer at Bloomberg View.

"After nearly four years of writing, three lessons stand above all the others," Soltas wrote in his Rhodes application. "First, I've discovered in economics an abiding sense of purpose — and something of a talent in making economic issues lively instead of dry. Second, the ethos that inspired my blog has been profoundly validated: that the best way to learn about something is to try to explain it and share it with others. Third, I know deeply the importance of taking on new, daunting challenges, which makes two years in the U.K. so appealing."

Soltas was a research assistant for Atif Mian, the Theodore A. Wells '29 Professor of Economics and Public Affairs and director of the Julis-Rabinowitz Center for Public Policy and Finance, and an intern at Prudential Fixed Income. Those experiences drove Soltas' interest in not just discussing economic questions but answering them.

"I took up one of those economic questions as an independent-research project during my junior year: Do food stamps reduce hunger?" Soltas wrote. "By comparing families whose food-stamp benefits had ended with those whose benefits continued, I could show rigorously that the program makes a substantial difference in the lives of tens of millions of participants — in particular, that it reduces their risk of hunger by a third."

"Evan is a top student, obviously, but what distinguishes him from many other top students — and makes him a joy to teach — is his ability to flit back and forth between the abstract and the concrete without missing a beat," said Alan Blinder, the Gordon S. Rentschler Memorial Professor of Economics and Public Affairs. "He relates classroom ideas to real events, and applies the former to the latter, with ease."

At Princeton, Soltas has also been president of the Federal Reserve Challenge team and has held leadership positions on the Princeton Debate Panel and the American Whig-Cliosophic Society. He has also been active at the Julis-Rabinowitz Center, the Griswold Center for Economic Policy Studies, and the James Madison Program in American Ideals and Institutions.

"I think it's an open question whether I have taught him more than he has taught me," said Kim Lane Scheppele, the Laurance S. Rockefeller Professor of Sociology and International Affairs and the University Center for Human Values. "He has a bright future — and can go in many different directions from here. I can't wait to see what he will do with this outstanding opportunity!"