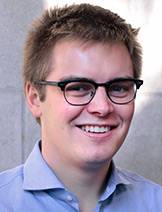 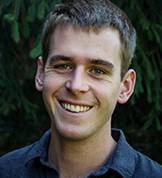 William Beacom, a concentrator in the Woodrow Wilson School of Public and International Affairs who is pursuing a certificate in East Asian studies, has been awarded the Sachs Global Scholarship. He will spend a year in five Central Asian nations studying the impact of Chinese influence on authoritarian regimes.

Brett Diehl, a history major who is also pursuing certificates in Spanish language and culture and Latin American studies, will spend two years of graduate studies at the University of Oxford. Diehl intends to pursue a one-year MSc degree in economic and social history followed by a one-year MSc in criminology and criminal justice.

The Sachs awards are intended to enlarge each recipient's experience of the world by providing the opportunity to study, work or travel abroad after graduation. There are two types of awards. Recipients of the Sachs Scholarship study at Worcester College to pursue a specific Oxford degree program. The Sachs Global Scholarship supports an independent project at an established institution abroad to "engage in a transformative intellectual experience."

Beacom, of Calgary, Alberta, will begin his Sachs Global Scholarship this summer by attending the Middlebury Language School to study Russian. He is already proficient in Chinese. He will then live in five nations — Kazakhstan, Uzbekistan, Tajikistan, Kyrgyzstan and Mongolia — studying how the Shanghai Cooperation Organization (SCO) acts as a conduit for Chinese influence in the region and exploring the identity, economic and security implications of this influence at the domestic level, an expansion of his senior thesis topic.

"I first became interested in the SCO when I wrote a paper on the organization for a Chinese class," Beacom said. "I noticed that connotations of key terms in the English translation of official declarations differed from the Chinese version. I started to wonder whether China is furthering an alternative set of international norms in the SCO. A statistical analysis of United Nations General Assembly voting records conducted for my spring junior paper provided evidence that this is likely the case."

In his academic pursuits at Princeton, Beacom has been a fellow in the Project on Religion, Diplomacy and International Relations at the Liechtenstein Institute on Self-Determination, which explores the influence of religion and religious beliefs on international diplomacy, power politics, crisis and conflict management, and other activities of state and nonstate actors. He has been a researcher in the Princeton-Humboldt Partnership on the 2013-15 project "Fortress Europe: How the Rest of the World Shapes European Integration." He is the recipient of the R.W. Van de Velde Award for outstanding independent work at the Wilson School.

Sophie Meunier, a research scholar at the Wilson School and a lecturer in public and international affairs, is Beacom's senior thesis adviser and, as principal investigator, supervised his work on the Princeton-Humboldt project. She commended his "great subtlety in evaluating arguments, [his] sharp comparative mind and … careful attention to detail, in addition to a friendly and helpful personality." Of his senior thesis, Meunier remarked: "I trust that his thesis will make a real contribution. Billy has the stuff of a scholar."

After the Sachs Global Scholarship, Beacom plans to join the Canadian Department of Foreign Affairs, International Trade and Development, where he hopes to continue work on Central and East Asian issues. He also plans to take time away from the Foreign Service to work toward a doctorate in international relations.

He is the co-founder of Princeton Talks, a forum for student speakers on campus, and has served as an Outdoor Action leader and an LGBT peer educator. Beacom has run several marathons for charitable causes and enjoys backcountry skiing in the Canadian Rockies.

Diehl, of Charlottesville, Virginia, will immerse himself in a broad inquiry into social history, studying comparative approaches to criminal justice and social inequality — a passion that has been nurtured in his studies and travels through Latin America.

"I hope to study the relationship between poverty and punishment in the past and present," Diehl said. "More broadly, my goal for the two years at Oxford is to expand my knowledge of British and Western European history, politics and culture while also incorporating perspectives from the Americas into my studies."

Looking ahead, Diehl hopes to combine his interests in law and policy.

"After my time at Worcester College, I plan to return to the United States in order to attend law school before beginning work as a public defender," he said. "In the long term, I hope to bridge the gap between practice and theory by continuing to work as an attorney while also engaging in academic policy debates about how to create a more just nation and world."

Before coming to Princeton, Diehl spent nine months volunteering in rural Peru through the University's Bridge Year Program, which provides freshmen the opportunity to defer enrollment for a year to engage in University-sponsored community service abroad. He also studied abroad at the University of Havana in Cuba during the spring semester of 2013. That year, supported by a Martin A. Dale '53 Summer Award, he went to South America to retrace and reinterpret Enresto "Che" Guevara's motorcycle journey.

"In over two decades' teaching at Princeton, I've not met such a motivated, curious and preternaturally intelligent student," said Jeremy Adelman, the Henry Charles Lea Professor of History, who served as Diehl's adviser on his junior paper and has been a mentor for Diehl since his freshman year.

"Brett is also amazingly worldly. Living and studying in Peru, Brazil, Cuba, and following the trails of Che Guevara in South America allowed Brett to think about what's changed and what's not about the continent that he has fallen in love with," Adelman said. "Along the way, he confronted his personal development — and the relationships between these two, a continent and one's self. This is learning, and Brett epitomizes what it means to be engaged and to be committed to learning."

Outside the classroom, Diehl has been recognized for his involvement in issues of criminal justice and incarceration reform on campus. This year, he received the Pace Center Student Service Recognition Award, which honors undergraduate students for outstanding contributions to University service programs. He has worked as a prison tutor through the Petey Greene Program and serves as president of the organization Students for Prison Education and Reform. Diehl has served as chair of the Undergraduate Student Government's community service committee, as a Wilson College resident adviser and as a member of the club volleyball team.