Princeton seniors Becca Keener and Shannon Osaka have been named recipients of the Daniel M. Sachs Class of 1960 Graduating Scholarship, one of the highest awards given to undergraduates at the University.

The Sachs Scholarship is intended to enlarge each recipient's experience of the world by providing the opportunity to study, work or travel abroad after graduation.

Classmates and friends established the scholarship in memory of Daniel Sachs, who starred in football and lacrosse at Princeton before attending Oxford as a Rhodes Scholar. He died of cancer at age 28 in 1967. The award is given to those who best exemplify Sachs' character, intelligence and commitment, and whose scholarship is most likely to benefit the public. 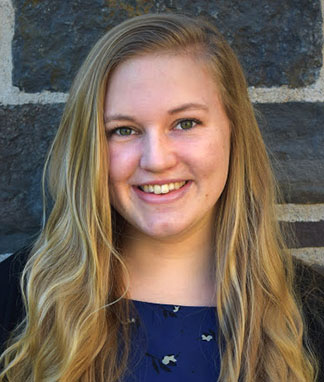 Keener, of Pilot Mountain, North Carolina, is a religion major who is also pursuing certificates in Near Eastern studies and Arabic language and culture. She plans to use her Sachs Global Scholarship to earn a master's degree in global Europe: culture and conflict from the London School of Economics (LSE). Her research interests focus on the accommodation of difference in the context of ethnic and religious diversity.

"The program I've chosen at LSE analyzes responses to globalization in Europe, particularly concerning migrants and minorities," Keener said. "I want to understand the intense anxiety about identity in Europe — as well as the U.S. — and why culture, broadly defined, has become the primary site of contestation.

"My first foray into this subject area was through my junior paper, which was focused on understanding the veiling bans in France in relation to the growing phenomenon of wall-building between states. The key finding from this research was that the tensions inherent to liberalism lead to unintended consequences. With my research at LSE, I want to examine the underlying principles of Western liberal society we have come to take for granted, but that are now being challenged. At this moment of great uncertainty and upheaval, this seems to me to be the best place to start in order to understand how we got here."

At Princeton, Keener is a research fellow in the Program on Religion, Diplomacy and International Relations and also at the Center for the Study of Religion. She has studied abroad at the School of Oriental and African Studies in London and the Qasid Arabic Institute in Amman, Jordan.

Keener has spent a summer working with Amnesty International in Tel Aviv, Israel, and has had an internship with the Office of Religion and Global Affairs in the U.S. Department of State.

Keener is a member of Rockefeller College, where she is a peer academic adviser. As co-president of Princeton Against Sex Trafficking, she has worked with the nonprofit organization Yazda to advocate on the behalf of enslaved women in Iraq.

She is active with the Pace Center for Civic Engagement and has participated in the Community House Executive Board, Princeton Internships in Civic Service and the Breakout program. She also is involved in Princeton Faith and Action and wrote and edited for the Princeton Traveler online magazine.

"I am absolutely delighted about the news of Becca's winning a Sachs Scholarship: she is a remarkable human being, said Jack Tannous, assistant professor of history. "In addition to excelling academically here at Princeton, Becca has been deeply involved in helping vulnerable and exploited people — Yezidi sex slaves, Eritrean refugees and others — both in the U.S. and the Middle East. She is the kind of person who, once you have met her, makes you want to be a better person. She is truly an inspiration."

For her senior thesis, Keener is studying the effects of religious freedom and minority rights discourse on societal dynamics in Syria. She plans to trace the relationship between religion and governance in Syria since 1970, with particular attention to how foreign intervention has shaped it.

After completing the master's program, Keener plans to continue work in human rights, specifically with the International Rescue Committee in Jordan. In the long term, she hopes to work on issues of migration, minorities and human rights in the U.S. State Department. 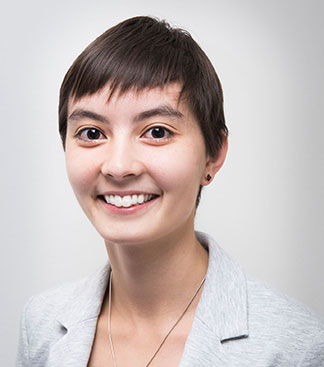 A winner of the Shapiro Prize for Academic Excellence after her sophomore year, Osaka has focused her work on studying the scientific as well as the sociocultural aspects of climate change.

"Climate change is a scientific fact, but it is also social," Osaka said. "Our responses to climate are mediated by religion, culture, politics and our views on the role of humans in the natural world. My studies have taught me that to create climate policy and to fight climate change on the global stage, we have to understand and engage with these social aspects."

For her senior thesis, Osaka is investigating historical perceptions of climate change from ancient Greek thinkers such as Aristotle to 21st-century climate scientists. She is also tracing how the history of the modern environmentalism movement and the science of climate modeling led to new forms of thinking about weather, natural disasters and environmental change.

"I hope my two years at Oxford can help me expand my work on perceptions of climate change to the study of public policy and climate governance," Osaka said. "Ultimately, I hope to bring lessons from history and anthropology into the environmental sector, helping NGOs, nonprofits and governments integrate their work with local cultures and beliefs."

Emmanuel Kreike, professor of history, supported Osaka's proposal for her major and directed her independent work in her junior year. "Shannon Osaka is truly a most amazing talent," Kreike said, noting her "eye for both theory and practice" and how she "seeks to use her powerful analytical and social skills to help design policies aimed to change how humans interact and intersect with our environment."

Osaka has spent her summers focused on environmental issues. Last summer, she worked on sustainable fisheries with the Environmental Defense Fund in San Francisco, and she has also spent several months as an intern with Climate Central in Princeton.

Osaka is also a poet, and received the Lewis Center for the Arts: Outstanding Work by an Underclassman Award in her sophomore year. Her poems have appeared in the national literary magazine Forklift, Ohio, and are forthcoming in Columbia Poetry Review. In her first year at Princeton, she received the Bell Burnell Prize for aptitude in physics. She also has spent a summer studying abroad at the University of Geneva.

At Princeton, Osaka is a residential college adviser at Butler College and is the academics chair of the Undergraduate Student Government, where she has focused on collaborating with the administration to reform Princeton's academic calendar. She is a student representative on the University Resources Committee and the Faculty Committee on the Course of Study. She is a leader of the Princeton Sustainable Investment Initiative and has written for various campus publications. 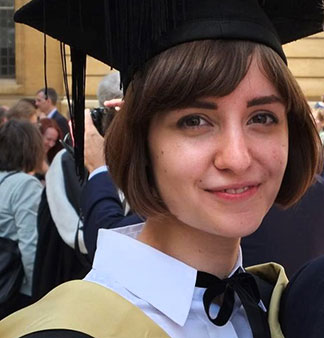 Muir, a dual British and New Zealand national with roots in Scotland, graduated from Oxford in June with a degree in fine art. As a Sachs Scholar at Princeton, she plans to pursue research in the English department and is interested in taking courses in the creative writing program.

A multidisciplinary artist, Muir has shown her work in exhibitions at museums and festivals in Oxford, London and Newcastle. She has been an assistant to sculptor David Thorpe in Berlin. She has worked extensively in theater set design in England, and completed internships in scenic carpentry at the Royal Opera House and scenic art at the Royal Shakespeare Company. She also was a model-maker at Pinewood Film Studios and a props trainee at the Scottish National Opera. Earlier this year, she was selected for a residency at Outlandia, an artists' treehouse in Scotland, where she explored ideas about wilderness and cultural identity.

"Studying writing at Princeton will allow me to combine literary studies with my existing research in visual culture, which already draws heavily on narrative," said Muir. "I will focus specifically on how 19th-century romanticism interacts with contemporary theories of national identity and racial difference in Britain, Scandinavia and Germany. My aim is to produce a collection of short fiction that builds on my work with indigenous archetypes, and contributes to a larger movement of critical thinking in a practice-led field."

"Holly is an exceptionally thoughtful and intelligent young artist who has developed a highly distinctive visual language through which to express her ideas," said Jason Gaiger, associate professor of contemporary art history and theory at the Ruskin School of Art, Oxford. "Her practice is grounded in a detailed study of literary, philosophical and historical sources, and it is no surprise to me that she wishes to deepen her understanding of comparative literature and creative writing through further study at Princeton University."